Inside Project A119, America’s Top-Secret Plot To Detonate A Nuclear Bomb On The Moon During The Cold War

In an effort to show up Soviet Russia in the Space Race, the United States considered exploding an H-bomb on the moon so that the mushroom cloud be seen around the world. 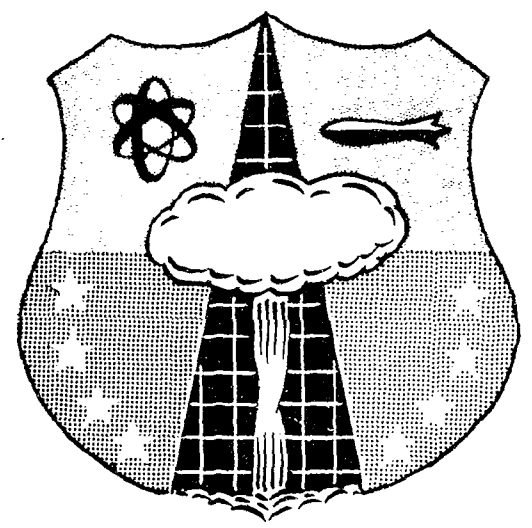 In 2015, Elon Musk suggested nuking Mars as part of his plan to terraform the planet. Shockingly, it wasn’t the first time someone suggested space nukes – in 1958, the U.S. Air Force concocted a top-secret plan to shoot a nuclear bomb at the Moon.

But why? To outpace the Soviet Union in the space race following Russia’s successful launch of Sputnik. It sounds made up, but Project A119 was real, and declassified in 2000 in startling detail.

In the 1950s, the Cold War showdown between the United States and the Soviet Union played out on several battlefields.

Both global superpowers were flexing their nuclear power. In 1945, the U.S. detonated the first nuclear bombs in history. It didn’t take long for the Soviets to catch up: they tested their first nuclear weapon in 1949.

By the early 1950s, nuclear technology had advanced. In 1952, the U.S. tested its first hydrogen bomb, also known as a thermonuclear bomb. Compared to the earlier atomic bombs, these hydrogen bombs were hundreds of times more powerful.

In 1955, the Soviets caught up once again, detonating their first thermonuclear weapon.

For the first decade of the nuclear arms race, the Soviets trailed behind the U.S. But that would change with the space race. 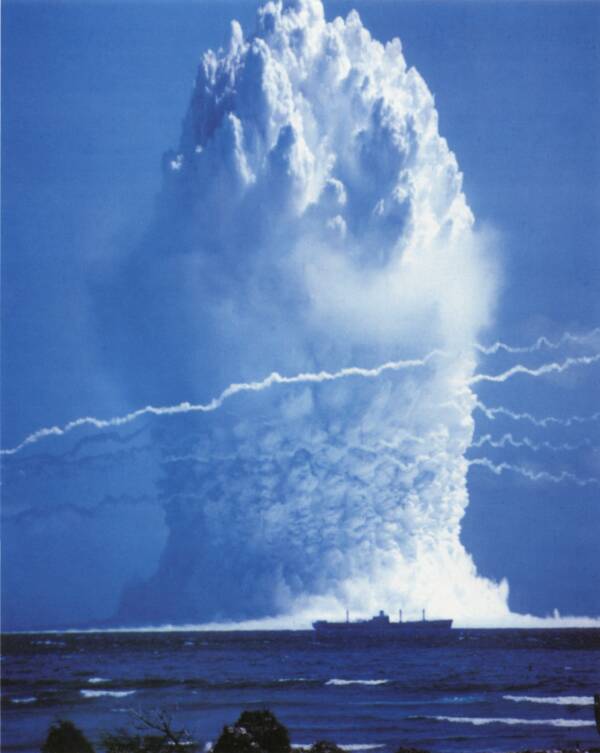 US MilitaryThroughout the 1950s, the U.S. and Soviet Union tested nuclear bombs, including this 1958 underwater test.

In 1957, the Soviets sent the first satellite into orbit. Known as Sputnik, the satellite sent a shockwave around the world, and the United States shuddered at how far behind it had gotten in the race.

And so, they launched an audacious, top-secret plan from 1958 that would put them back in the lead.

The Planning Behind Project A119

In the months after Sputnik, the U.S. Air Force opened a new project. Given the vague name of “A Study of Lunar Research Flights,” Project A119 was actually about detonating a nuclear bomb on the lunar surface.

Many of the top nuclear scientists in the world worked for the Armour Research Foundation in Chicago. Leonard Reiffel was one of those scientists. Just before launching Project A119, the Air Force reached out to leading scientists to ask what would happen if a nuclear bomb exploded on the Moon.

It wasn’t merely a hypothetical. The Air Force wanted to make sure a nuclear blast on the Moon would be visible from Earth. The entire point of Project A119 was to show the world that the U.S. was ahead of the Soviet Union.

The team working on Project A119 decided to aim the bomb for the terminator – the line between the dark and light sides of the Moon. 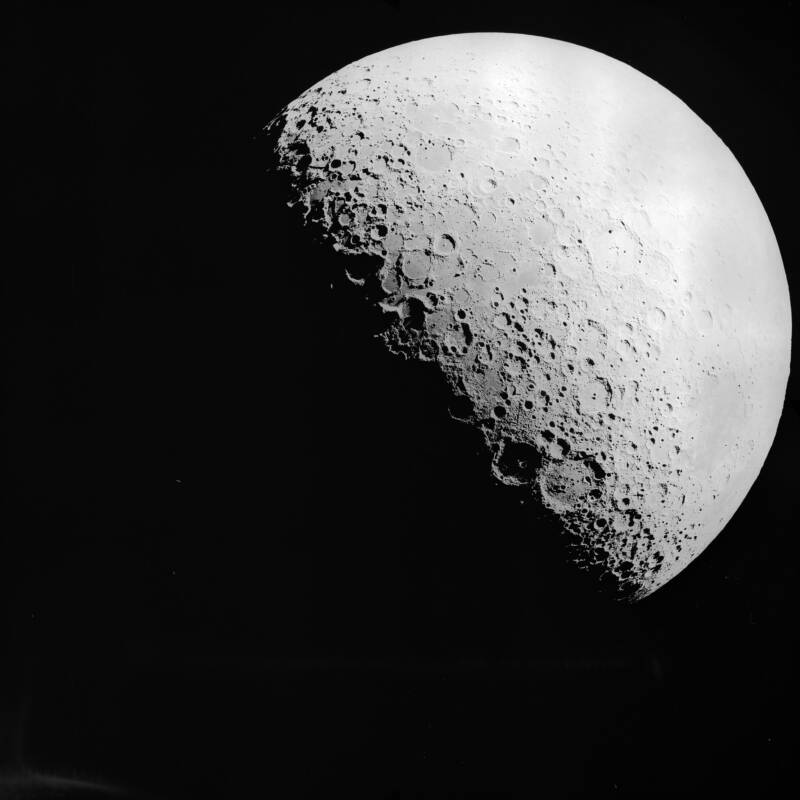 NASAHitting the terminator, or line between the light and dark sides of the Moon, was the goal. The Air Force believed they could land a nuke within two miles of their target zone.

“The explosion would obviously be best on the dark side of the Moon and the theory was that if the bomb exploded on the edge of the Moon, the mushroom cloud would be illuminated by the sun,” explained Reiffel.

Reiffel’s research team also included a graduate student at the University of Chicago: Carl Sagan, the famous astronomer and planetary scientist. Sagan crunched the numbers on the size of the mushroom cloud.

The Pros And Cons Of Nuking The Moon

Obviously there were some major downsides to blasting the Moon with thermonuclear weapons. For one, the blast would leave a massive crater that would forever alter the Moon’s surface. And for another, the detonation might trigger a massive public backlash.

“It is obscene. To think that the first contact human beings would have had with another world would have been to explode a nuclear bomb,” Lowry said.

But scientists also saw a possible upside. The bombing might reveal something about lunar chemistry or the Moon’s internal structure. 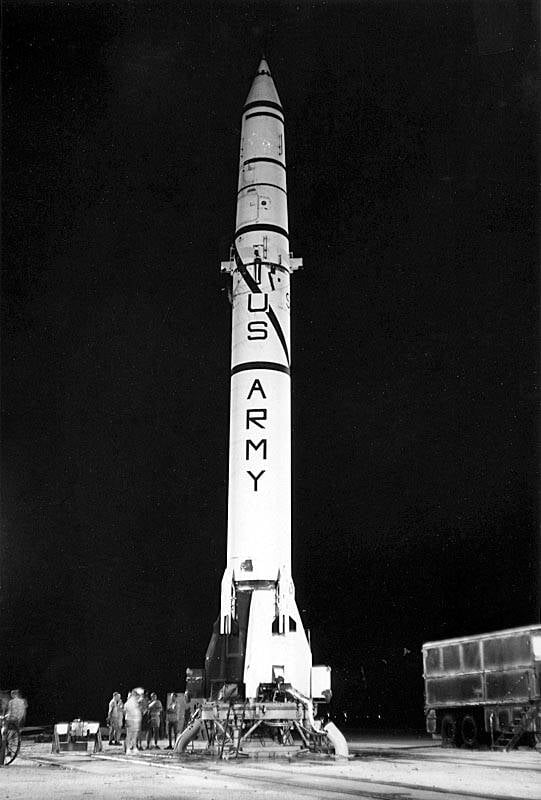 US ArmyMissiles like this one, used in a 1958 nuclear test, could potentially reach the Moon with Project A119.

Reiffel explained that the plan included placing instruments on the Moon’s surface to measure the effects. But he cautioned the Air Force about Project A119’s unintended fallout.

“I made it clear at the time there would be a huge cost to science of destroying a pristine lunar environment, but the US Air Force were mainly concerned about how the nuclear explosion would play on earth,” said Reiffel.

But Project A119 was all about the public reaction, anyway.

If a nuclear bomb had detonated on the lunar surface, billions of people back on Earth would have seen the mushroom cloud. And the Soviets would know the Americans had beaten them to the Moon.

“It was clear the main aim of the proposed detonation was a PR exercise and a show of one-upmanship,” Reiffel told the Guardian in 2000. “The Air Force wanted a mushroom cloud so large it would be visible on earth.” 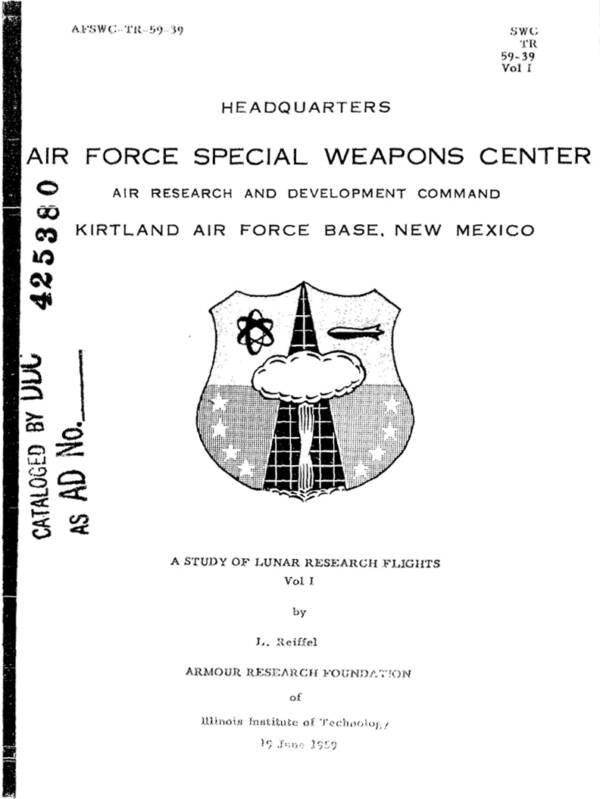 What would have happened if the Air Force carried out Project A119? It almost certainly would have sent the space race in a very different direction. Instead of racing to put a man on the Moon, the Cold War rivals would have continued their nuclear competition.

“I am horrified that such a gesture to sway public opinion was ever considered,” Reiffel said in 2000. “Had the project been made public there would have been an outcry.”

Putting Project A119 In Context

Ultimately, Project A119 didn’t happen. And today, the plan to nuke the Moon sounds downright insane. But in the fervor of the Cold War, Project A119 had many supporters.

Days before launching Sputnik into orbit and taking the lead in the space race, the Soviets tested their first intercontinental ballistic missile, or ICBM.

The new missile technology made it possible for the Soviets to rain nuclear bombs down on U.S. territory. And an ICBM carried Sputnik to space, showing the technology’s reach.

With the Soviets launching satellites on ICBMs, the Air Force saw sending nuclear weapons to space as the next logical step.

“The West was given a shock with the launch of Sputnik and very quickly the US Government flew into action and said we need to do something very spectacular,” explains historian Vince Houghton.

“We need to do something so big that the whole world will know that this was just an anomaly, that Sputnik was just a blip, that the United States was still the big kid on the block.”

Fortunately, the U.S. ultimately decided to focus on manned space travel rather than blasting the Moon with nukes.

Project A119 wasn’t even the craziest Cold War Plan – next, read about Project Blue Peacock, the secret plan to hide nukes across Germany. Then, learn about the massive Tsar Bomba, the bomb that was too big to use in war.