The mountain lion named P-22 achieved unexpected fame after images of him stalking around Los Angeles of him went viral. 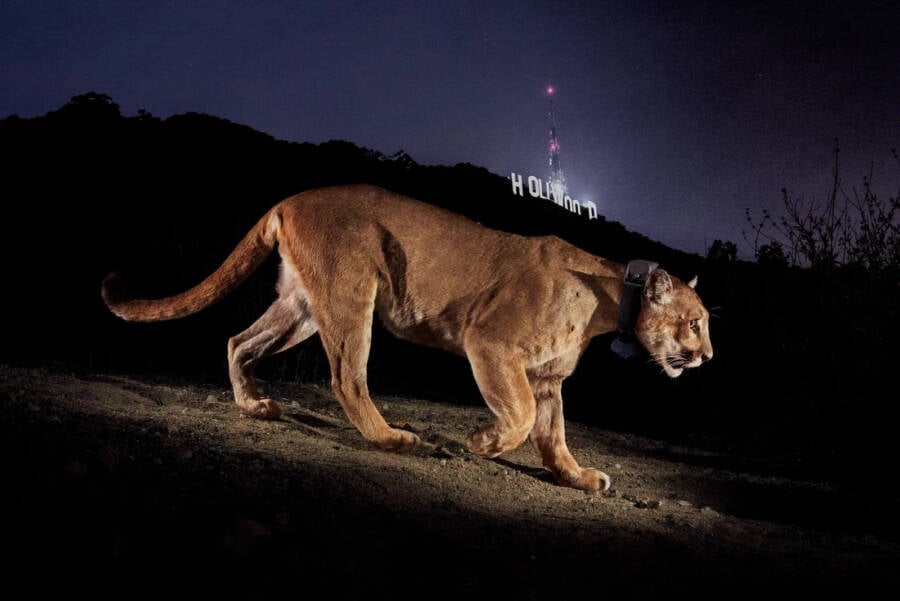 For about a decade, a solitary mountain lion in Los Angeles named P-22 has famously stalked the city’s Griffith Park. But the 12-year-old big cat was sadly euthanized on Dec. 17 after state wildlife officials discovered he’d been hit by a car and was suffering from numerous health problems.

“It’s been an incredibly difficult several days,” Charlton H. Bonham, director of the California Department of Fish and Wildlife, said in a tearful Zoom press conference announcing the news, according to the Washington Post.

Bonham added: “I made the decision that the right thing to do was to bring peace now, rather than have P-22 continue through what would not have been acceptable, from a compassionate level, in my mind.”

According to The Guardian, wildlife officials had been keeping an eye on P-22 for months. In May, they noted that his tail looked thin, possibly a sign of ill health. In November, P-22 killed a chihuahua and attacked other dogs, uncharacteristically venturing into people’s backyards in search of prey.

As CNN reports, wildlife officials used P-22’s GPS collar to track him down so that they could give him a health evaluation. During that evaluation, they found that the mountain lion was in worse condition than expected. 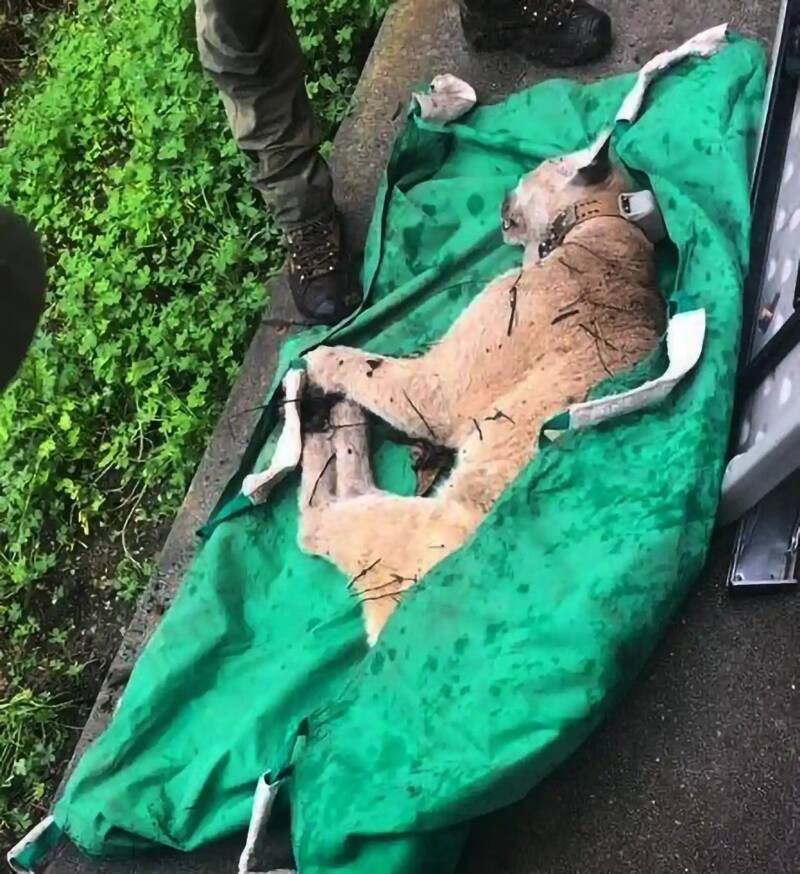 California Department of Fish and WildlifeP-22 being transported to a medical evaluation that revealed the mountain cat’s poor health.

As the California Department of Fish and Wildlife explained in a press release, P-22 had “several severe injuries and chronic health problems.”

Not only did the mountain lion have injuries consistent with a vehicle strike — including trauma to his head, right eye, and internal organs — but P-22 was suffering from other health issues as well. Wildlife officials found that he had “irreversible kidney disease, chronic weight loss, extensive parasitic skin infection over his entire body, and localized arthritis.”

Given P-22’s poor health, the medical team at the San Diego Zoo Safari Park “unanimously” voted to euthanize the mountain lion, according to CNN.

“We’re really going to miss following him,” Seth Riley, the National Park Service branch chief for the Santa Monica Mountains, tearfully said at the news briefing, per the Washington Post. “Already this week, we don’t get to go and look and see his points on the website and see what he’s doing.”

The mountain lion’s death marks a sad end to a curious story. For a decade, P-22 has been something of a Los Angeles celebrity. 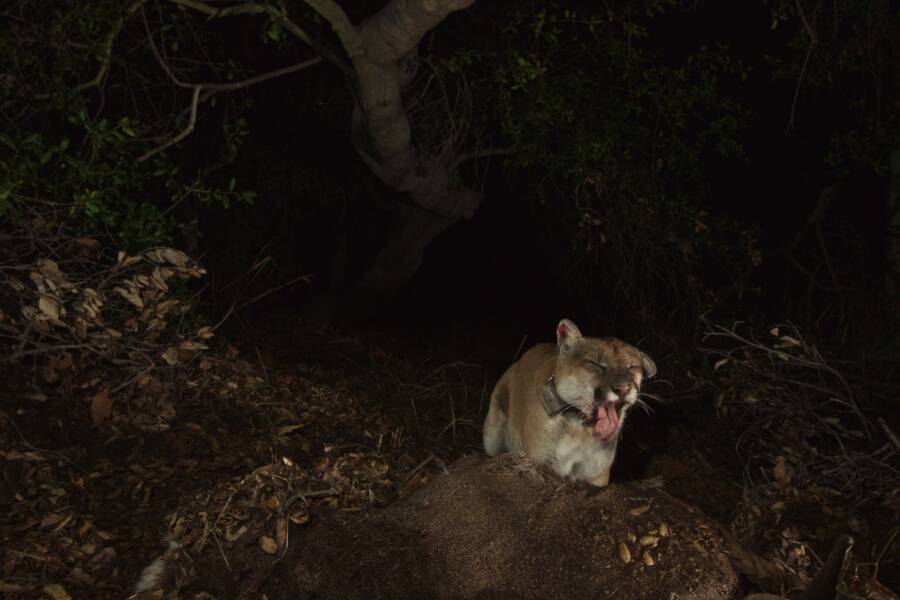 Santa Monica Mountains National Recreation/FlickrP-22 was carefully monitored by wildlife officials and images of the big cat delighted people living in L.A. and beyond.

According to a statement from the National Park Service, P-22 was likely born in the Santa Monica Mountains. He somehow made his way across two busy freeways to settle in Griffith Park, where P-22 lived an isolated existence within an unusually small area (he roamed about nine square miles there but mountain lions usually have home ranges of 150 miles).

Cut off from others of his species, P-22 spent his life alone and never found a mate, according to The Guardian. But he thrilled residents of Los Angeles, who treated glimpses of the mountain lion like a celebrity sighting. P-22 even delighted locals when he broke the rules, like when he scaled a nine-foot fence at the zoo and ate an elderly koala.

P-22 reached an even larger audience when a photo of him beneath the Hollywood sign went viral in 2013. But he also played an important role among wildlife researchers and inspired the creation of a wildlife bridge crossing over Highway 101 in the Santa Monica Mountains.

“Mountain lion P-22 was more than just a celebrity cat,” the National Park Services noted in their statement. “He was also a critical part of a long-term research study and a valuable ambassador for the cause of connectivity and for wildlife in the Santa Monica Mountains and beyond.”

Indeed, Bonham hopes that P-22 will continue to inspire residents of Los Angeles to take care of the wildlife that shares their city.

“[P-22] brought us together,” Bonham said at the news conference, according to the Washington Post. “Let’s make a difference, so the rest of the large animals out there have a future that’s brighter.”

After reading about the euthanization of P-22, the famous mountain lion of Los Angeles, read about Hubert and Kalisa, the “inseparable” lions who were euthanized together. Or watch how a Utah hiker named Kyle Burgess narrowly avoided a mountain lion attack after getting too close to a mother and her cubs.