Kendra Licari was charged with five crimes, including two counts of stalking a minor and obstruction of justice. 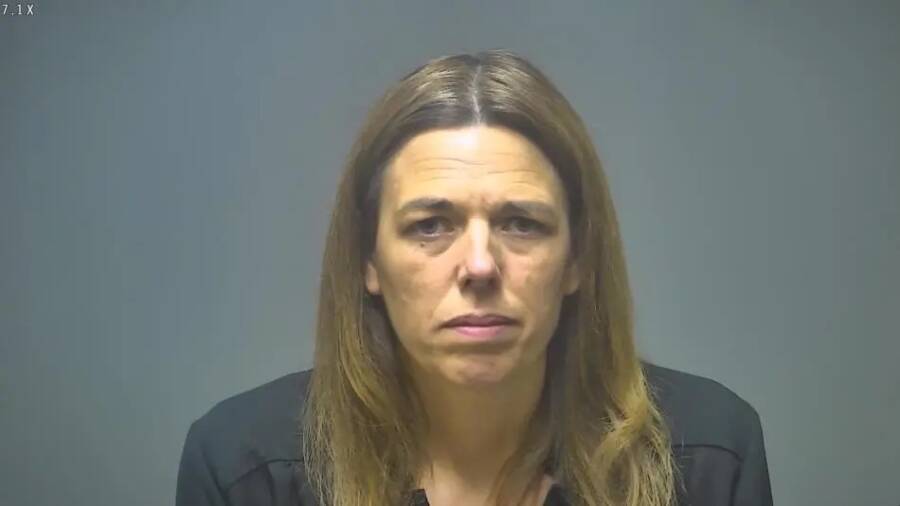 Isabella County Police DepartmentKendra Gail Licari worked as a basketball coach at her daughter’s school during the period in which she was harassing several teens.

A Michigan woman was arrested on December 12 after allegedly catfishing and harassing two teens in a year-long cyberbullying campaign — and one of the teens was her own daughter.

As The Independent reports, 42-year-old Kendra Gail Licari of Mt. Pleasant, Michigan, now faces five charges including two counts of stalking a minor, two counts of using a computer to commit a crime, and one count of obstruction of justice — the latter for allegedly attempting to frame another teen.

Licari worked as a basketball coach at the Beal City School District, where her daughter was a student. In December 2021, an investigation began into reported cyberbullying attacks that were affecting Licari’s daughter and her then-boyfriend. At first, Licari and the then-boyfriend’s mother were working together with school officials to identify and oust the cyberbully.

But it became apparent early on that the school’s resources weren’t enough to track down the culprit, who was using a personal device that wasn’t on school grounds.

Then, in January 2022, local police joined the investigation, followed by the FBI in April.

According to the Oakland Press, the harassing messages began in early 2021, and seemed to be coming from a person the same age as Licari’s daughter, using slang terms and shorthand commonly associated with texting.

Local authorities struggled to trace the original source of the messages, which seemed to always come from the same location as the teens. Whenever they traveled, so too, apparently, did their online stalker.

When the FBI’s computer crime division joined the investigation, however, they were able to utilize their own computer-tracing resources and discovered that the cyberbully had been using a virtual private network (VPN) to change locations — and hide their IP address.

“In doing so, it would shield her and kind of cloak her identity or her digital identity,” explained Isabella County prosecutor David Barberi. “But eventually, we were able to see that her IP address was popping in and out right before and right after these messages were going through.”

VPNs are, of course, great for watching Netflix series that are only available overseas or hiding data from your internet service provider. They are substantially less effective at evading the Federal Bureau of Investigation.

Eventually, the FBI ascertained that the IP addresses used to send the messages were Licari’s and quickly notified Beal City superintendent William Chillman that they believed Licari was involved in sending the messages.

“Even when we realized that it wasn’t a kid, we weren’t expecting that it would be a parent,” Chillman told ABC. “When they informed us later in the spring that they were suspecting that it possibly was her, it was a shock to all of us, I think everybody involved.”

When police confronted Licari, she reportedly made a full confession, Barberi said.

What is still unclear at the moment, however, is Licari’s motivation.

“We had tens of thousands of text messages, whether they were messages that were just for her daughter or some of her daughter’s friends,” Barberi said. “And the digital footprint was just insane.”

She was released on $5,000 bond and now faces up to 10 years in prison for her computer crime charges, in addition to five years for stalking a minor and five years for obstruction of justice.

Licari is scheduled to appear in court on December 29 to determine if there is sufficient evidence for a trial.

After reading about this example of bad parenting, read about the time a five-year-old took his dad’s meth to school and said eating it turned him into Spider-Man. Or, read the heartbreaking story of Gabriel Fernandez, the eight-year-old who was tortured to death by his mother and her boyfriend.