The Heartwrenching Story Of Gabriel Fernandez, The 8-Year-Old Tortured To Death By His Mother And Her Boyfriend

Go inside the brutal murder of Gabriel Fernandez at the hands of his own mom — and the horrific abuse that preceded his death in May 2013.

Since then, Gabriel’s case has provoked anger and repulsion. How did his abuse go uninvestigated for so long? What more could the adults in his life have done to save the vulnerable California boy? And how can social workers make sure that what happened to Gabriel never happens again?

This is the story of Gabriel Fernandez, and the horrific abuse he openly suffered at the hands of his caregivers before he died in May 2013.

The Abuse Of Gabriel Fernandez 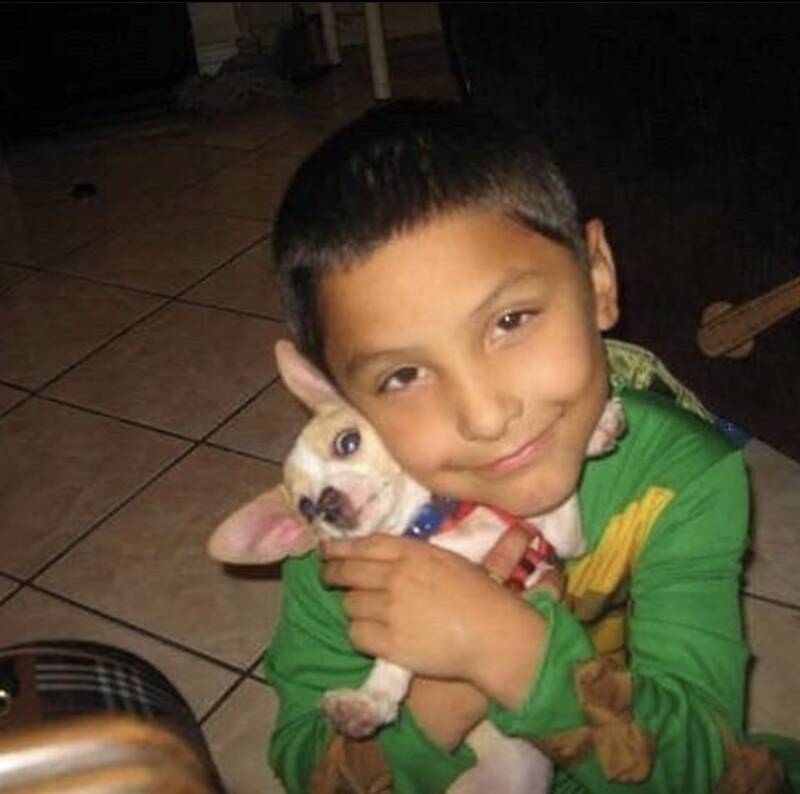 Twitter Gabriel Fernandez was just eight years old when he died after being beaten by his mom and her boyfriend.

Born on February 20, 2005, in Palmdale, California, Gabriel Fernandez had a difficult family life from the start. According to The Wrap, his mother, Pearl Fernandez, didn’t want another child and even left him at the hospital.

In fact, Pearl already had a record of child neglect and abuse. One year earlier, Booth Law reports that a relative had notified Child Protective Services, saying that Pearl was beating another son. But nothing was done.

Unwanted by his mother, Gabriel spent much of his life with his great-uncle and his partner. He then later moved in with his grandparents. But in 2012, although Pearl had faced accusations of hitting her daughter and neglecting to feed her, Pearl suddenly insisted that Gabriel wasn’t being properly cared for by his relatives and that she wanted him back.

According to The Atlantic, Pearl actually took Gabriel back because she wanted to collect welfare benefits. Despite the objections of Gabriel’s grandparents, she brought the boy back into her house in October 2012. There, Gabriel lived with his mother, her boyfriend Isauro Aguirre, and two older siblings, 11-year-old Ezequiel and 9-year-old Virginia.

Soon afterward, Jennifer Garcia, Gabriel’s first-grade teacher at Summerwind Elementary in Palmdale, California, started to notice that the boy showed signs of being abused. In fact, Gabriel even told her about it.

After school that day, Garcia called a child-abuse hotline, which put her in touch with a caseworker named Stefanie Rodriguez. Although Garcia initially felt reassured, the abuse of Gabriel Fernandez seemed to continue.

Garcia continually reached out to Rodriguez, but the caseworker said that she couldn’t discuss the details of Gabriel’s case. Rodriguez had, in fact, visited the Fernandez home, but Gabriel often recanted his stories and Rodriguez noted that the children at the residence seemed “appropriately dressed, visibly healthy, and did not have any marks or bruises.”

Sadly, his abuse was actually much worse than Rodriguez or even Garcia seemed to realize. And in May 2013, Gabriel Fernandez’s mom and her boyfriend would brutally beat the eight-year-old to death.

The Murder Of Gabriel Fernandez 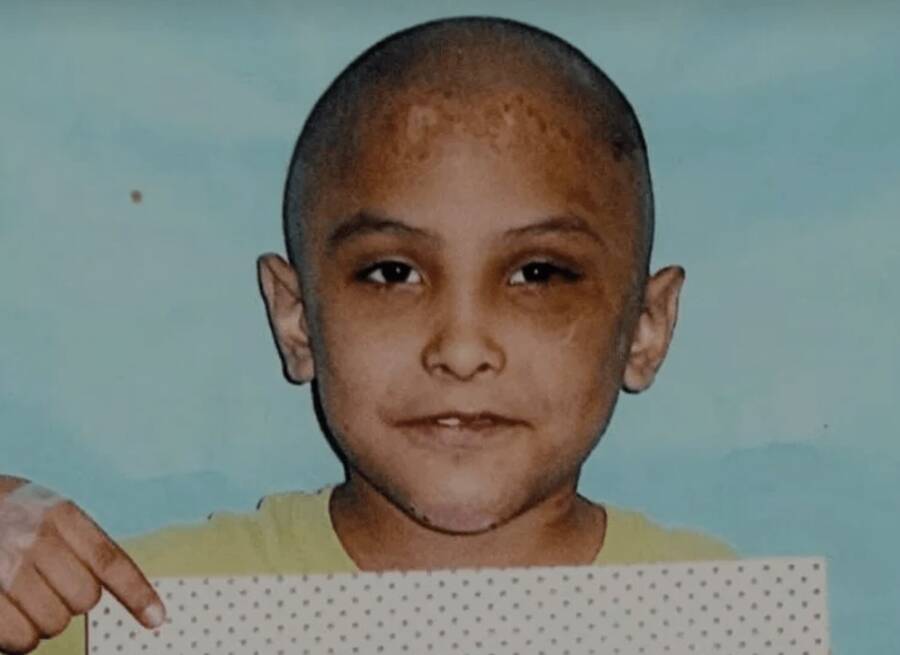 TwitterGabriel Fernandez was tortured for about eight months leading up to his murder.

On May 22, 2013, Pearl Fernandez called 911 to report that her son, Gabriel, was not breathing. Paramedics arrived and found the boy with broken ribs, a fractured skull, missing teeth, and BB pellet wounds on his body.

“I tried to feel his heart,” Pearl Fernandez’s boyfriend Isauro Aguirre said, according to The Atlantic, placing the blame for Gabriel’s injuries on “roughhousing” with his older brother. “And nothing is moving.”

It later came out that Pearl Fernandez and Isauro Aguirre had tortured the eight-year-old with a BB gun, pepper spray, coat hangers, and a baseball bat. Gabriel Fernandez died two days later of his injuries on May 24, 2013. And then, in the months following, the shocking depth of his abuse — and the homophobic motives of his tormenters — came to light.

The Atlantic reports that Gabriel Fernandez routinely suffered severe abuse at the hands of his mom and Aguirre. This happened over the course of eight months. Sometimes, they stuffed a sock in his mouth and bound his hands and ankles, then locked him in a cabinet they called “the cubby.”

They called him gay (possibly because he had previously been raised by a gay great-uncle), punished him whenever they saw him playing with dolls, and forced him to wear dresses. According to Gabriel’s siblings, Ezequiel and Virginia, the couple also made him eat “a lot” of cat feces, forced him to run from a BB gun, and hit him so hard that he couldn’t breathe.

In addition, Gabriel’s therapist had reported before his death that the boy had been forced to perform oral sex on a relative and that he’d written notes saying that he wanted to kill himself.

But despite the many warning signs, he was tragically never rescued.

The Aftermath Of The Eight-Year-Old’s Death 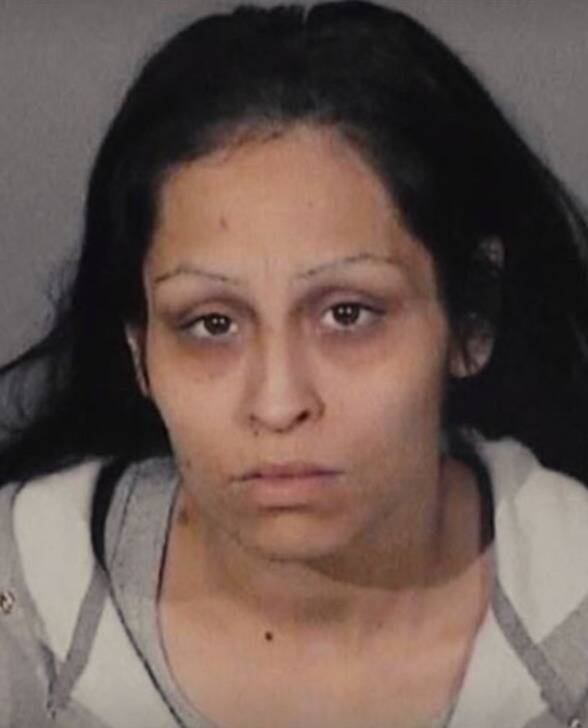 In the aftermath of Gabriel Fernandez’s death, both Pearl Fernandez and Isauro Aguirre were arrested and charged with the boy’s murder. Pearl pled guilty to first-degree murder and was sentenced to life in prison.

“I want to say I’m sorry to my family for what I did,” Pearl Fernandez said in court in 2018, according to the Los Angeles Times. “I wish Gabriel was alive. Every day I wish that I’d made better choices. I’m sorry to my children, and I want them to know that I love them.”

The judge, however, didn’t mince words. According to The Wrap, he said that Gabriel’s death had been so horrific that he’d almost call it animalistic — except “animals know how to take care of their young.”

Aguirre was also found guilty of first-degree murder and was sentenced to death. (Currently, however, California has suspended all capital punishment, so Aguirre remains in prison for the foreseeable future.)

But they weren’t the only people to face consequences for Gabriel Fernandez’s death. Four social workers — Stefanie Rodriguez, Patricia Clement, Kevin Bom, and Gregory Merritt — faced felony charges of child abuse and falsifying public records. However, TIME reports that an appellate panel in January 2020 decided that they should not face criminal charges.

Now, Gabriel Fernandez’s loved ones can only hope that his horrific death wasn’t entirely in vain. Though he had clearly slipped through the cracks of the Los Angeles Department of Child and Family Services, the department vowed to begin “a new era of reform” after his murder.

TIME reports that the organization added new policies to ensure child safety, hired more than 3,000 new social workers since 2013 to lighten caseloads, and retrained current caseworkers on how to effectively interview witnesses and notice physical signs of abuse before it’s too late.

Will it be enough? According to The Wrap, several abused children in the Los Angeles area — and elsewhere — were killed in the years following Gabriel Fernandez’s death. As such, there’s clearly more work to be done.

Tragically, Gabriel Fernandez’s death was entirely preventable. After his teacher notified social workers of the abuse, something could have been done. Instead, the little boy was left to suffer — and die — at the hands of his own caregivers, as the city of Los Angeles turned a blind eye.

After reading about the tragic murder of Gabriel Fernandez, learn about five horrifying acts of child abuse that used to be totally legal. Then, take a look at the “Alaskan Avenger” who attacked pedophiles with a hammer.