Pumapunku, The Ancient Ruins Where The Inca Believed The World Began

The ruins of Pumapunku so impressed the Inca that they believed it was the place where the gods created the world. 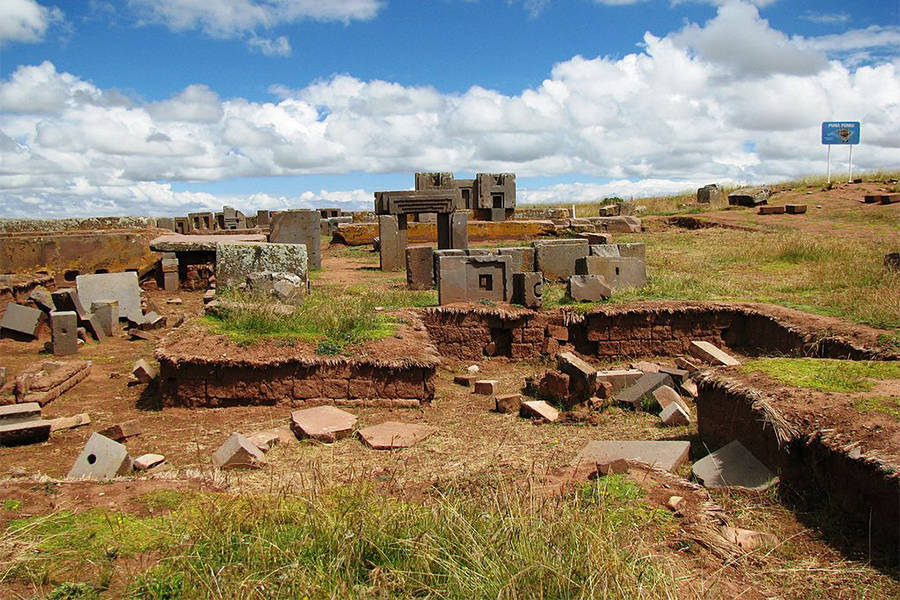 In western Bolivia, a dramatic collection of stones, the remains of a vast temple complex, stand guard over an arid plane. They are what’s left of a stunning architectural feat accomplished by a society that predates even the Inca: the Tiwanaku.

Pumapunku, a name that means “door of the puma,” was a holy site started between 500 and 600 CE. It grew and expanded as its people did, reflecting the increasing power of the civilization that built and rebuilt it over hundreds of years.

And then one day, suddenly, the inhabitants of Pumapunku vanished and a great civilization came toppling down. But what they left behind was so magnificent that when the Inca found its ruins 500 years later, they thought Pumapunku must be the spot where the gods had created the world. 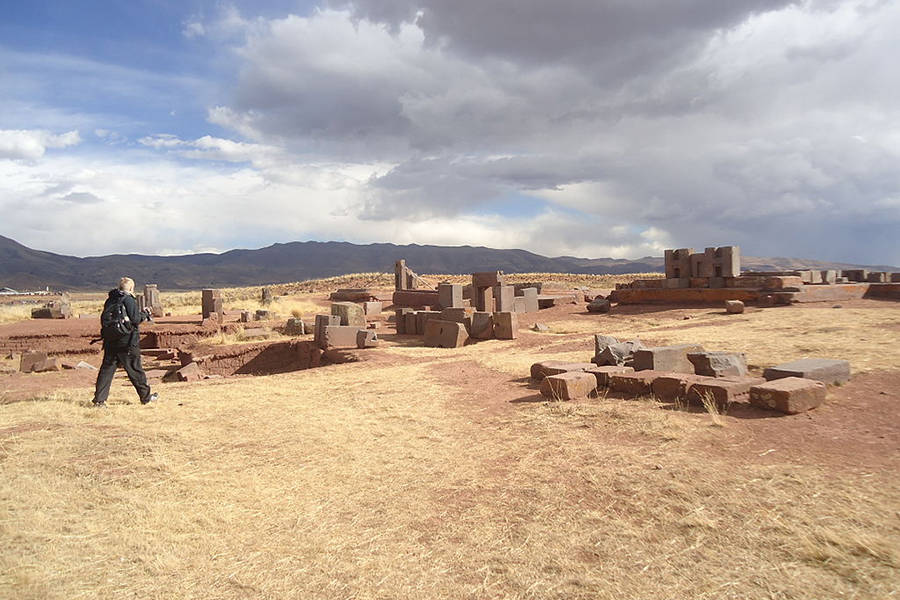 Wikimedia Commons
The ruins of Pumapunku, where the open courtyard was likely to have stood.

Time has not been kind to the site. One thousand years of wind and rain have weathered the stones of Pumapunku, and much of the vast temple complex is entirely gone, carried away by looters and stone miners in ages past.

Treasure hunters, too, have harvested many of the site’s relics: rare metal ornaments, bright jewelry, and colorful potsherds.

But the temple the Tiwanaku knew during the height of their empire would have been magnificent.

Pumapunku, a terraced earthen mound walled with intricately carved blocks, stretched toward the sky. It was larger than two football fields laid side to side, and its red sandstone walls would have glowed in the sun.

The complex also boasted a central promenade and wide courtyards to the east and west that were paved with slabs of stone so astonishingly large that paranormalists have hypothesized alien intervention. (Skeptics have hypothesized reed boats and ramps.) 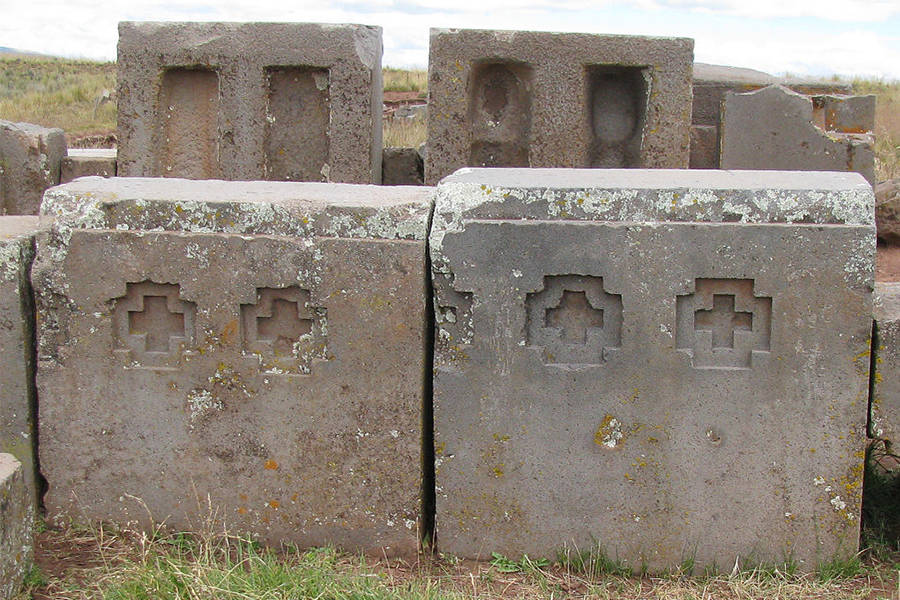 Wikimedia CommonsPieces of Pumapunku that show the complex system by which the bricks were slotted together.

And it would have been filled with people. Beneath the kilometer of arid earth that separates Pumapunku from the nearby Kalasasaya monument, archeologists and surveyors have discovered hundreds of buried homes and the evidence of vast irrigation systems that would have turned the surrounding desert green.

Archeologists estimate that at its peak between 700 and 1,000 CE, the Tiwanaku site (a cluster of monuments that includes Pumapunku) was occupied by some 400,000 people.

Theirs was the dominant culture of Bolivia’s Lake Titicaca basin, and their empire extended into Bolivia, Peru, and Chile.

As the population of the Tiwanaku society grew, so too did the number of skilled craftsmen and artisans. Ceramics and textiles took on new color and vibrancy, and jewelry proliferated.

There were almost no markets; goods were distributed by the elites, those who owned the means of production. Different jobs were associated with different degrees of prestige.

A llama herder, for example, was lower in the social hierarchy than the man who owned the llamas — but it was the owner’s responsibility to provide for the laborer.

Tiwanaku Culture And The Religion Of Pumapunku 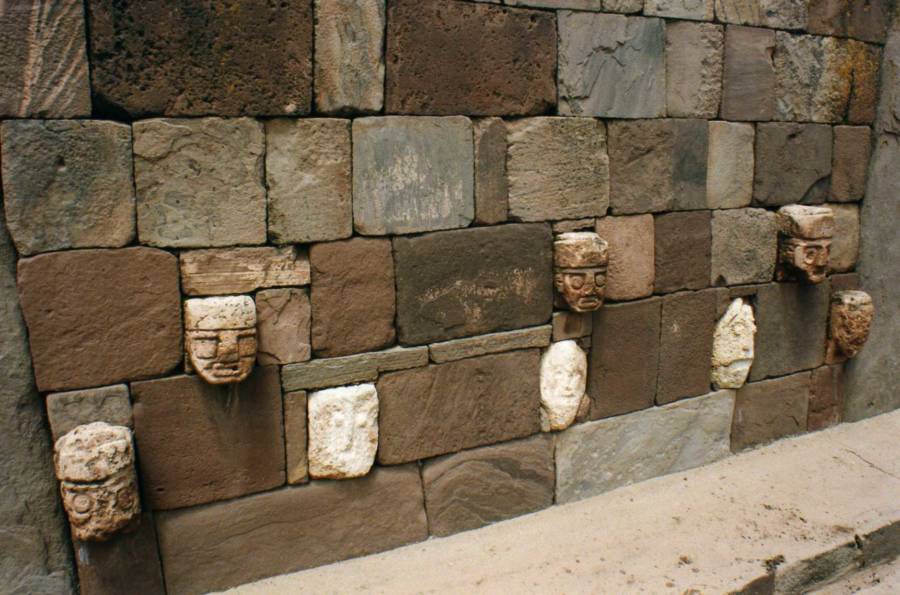 Leonora Enking / FlickrFaces carved by the Tiwanaku at Tiwanaku City, an example of the art the great civilization left behind.

From legends handed down to the Incas and Spanish conquerors, and from what’s left of Tiwanaku monuments, archeologists have pieced together a compelling picture of Tiwanaku religious beliefs.

The inhabitants of Pumapunku worshiped many gods, most with an agricultural bent, and a creator god who drew the Tiwanaku people from the rocks. It was his image they carved onto the Gateway of the Sun, a massive stone arch thought to have been part of Pumapunku before it was relocated to nearby Kalasasaya.

Like the Inca after them, they practiced human sacrifice, disemboweling and dismembering victims as part of a ritual dedication to the gods. Some evidence suggests that those who suffered this fate may have been not native Tiwanaku but rather outsiders captured in raids or battles.

Stone carvings depict Tiwanaku warriors taking just such captives and collecting trophy skulls, supporting the belief that human sacrifice was primarily a punishment meted out to members of opposing tribes.

Other stone art depicts what archeologists think is the veneration of ancestors. The dead were often mummified, and occasionally bones show evidence of heavy cuts and scratch marks — suggesting defleshing with sharp tools may have been a regular part of Tiwanaku burial practices. 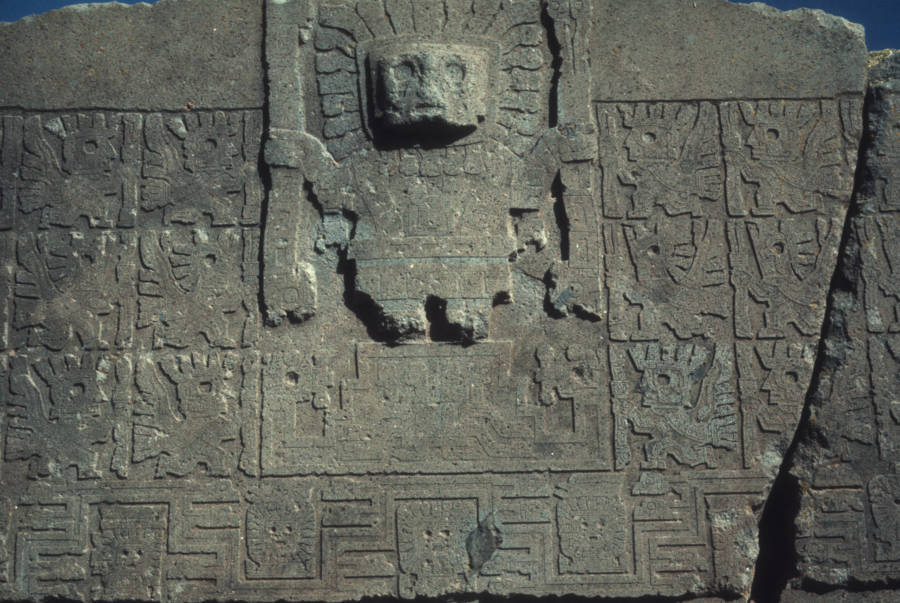 Klotz / Wikimedia CommonsA close-up of the carvings on the famous Tiwanaku Gate of the Sun.

The mummies of Pumapunku have another fascinating story to tell. Their remains, stowed on what many researchers believe was one of the Tiwanaku’s most sacred sites, show evidence that all members of society — from infants to the elderly — took psychoactive drugs culled from hallucinogenic plants.

Archeologists have theorized that this was perhaps a requisite part of spiritual life, meant to transform the experience of the temple into something life-changing and mystical.

An Abrupt And Mysterious End To The Tiwanaku And Pumapunku 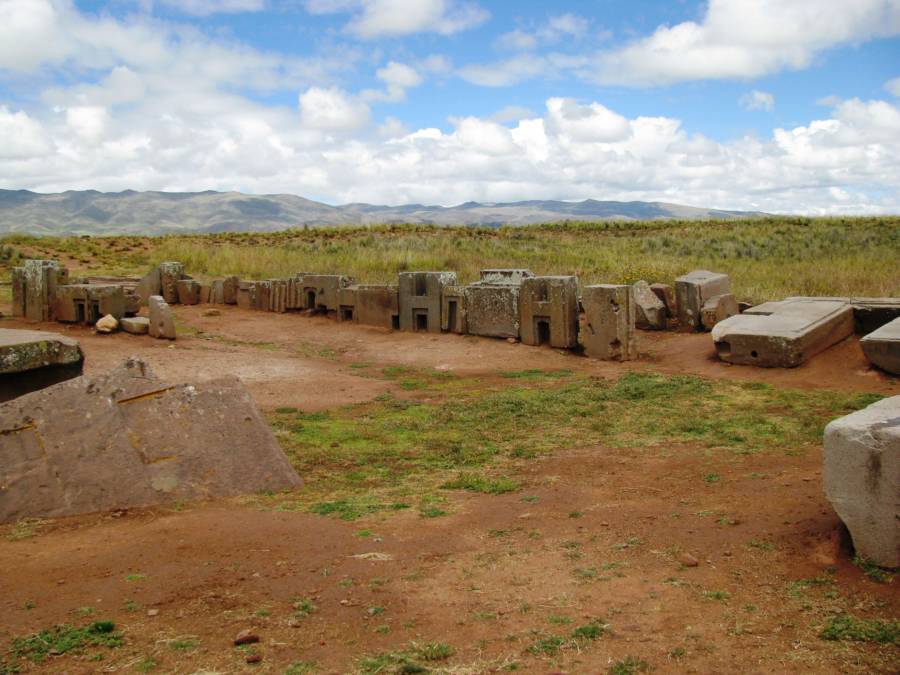 Then, at the great civilization’s peak, everything came crashing down. Pumapunku and its surrounding homes and monuments emptied suddenly. The vast green fields of potatoes, corn, and quinoa lay fallow, and the people vanished from the area, breaking into small factions and fleeing into the mountains.

Until recently, conventional wisdom suggested that the desertion was prompted by a severe, prolonged drought that ravaged the crops and made sustaining a large urban population impossible.

But some researchers have contested this, pointing out that new climate research suggests the region’s drought didn’t begin until decades after the start of the Tiwanaku civilization’s collapse.

This has led some to suggest that the most plausible explanation is violent internal social upheaval, a kind of implosion that tore Tiwanaku society apart.

To support this theory, they point to the evidence that some structures, including the Gate of the Sun, weren’t brought down by time or looters; they were deliberately torn down and broken. 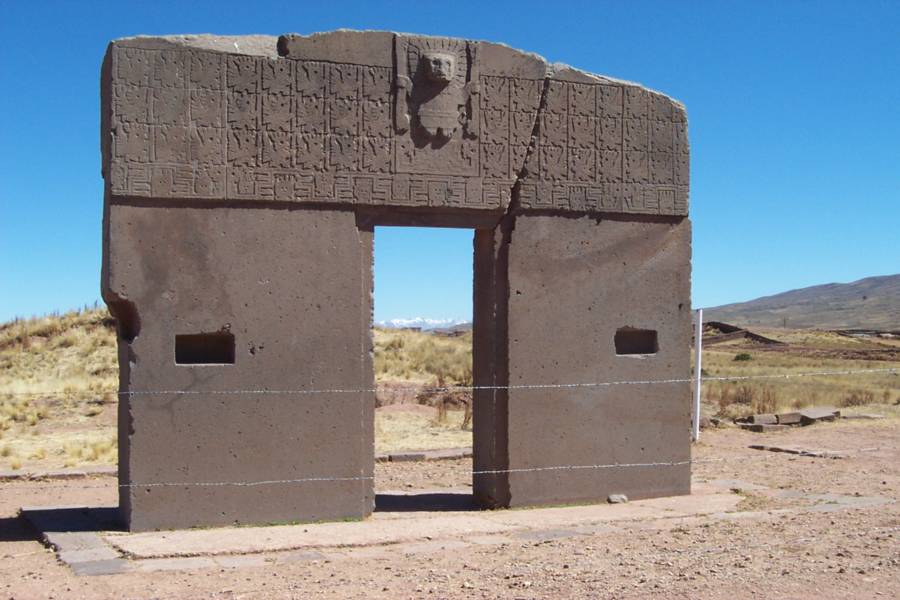 Wikimedia CommonsThe Gate of the Sun.

A neighboring complex appears to have burned, and some vessels that appear to have been dedicated to food storage were smashed.

The destruction paints a picture of an angry populace — but what might have thrown a stable population into chaos remains a mystery.

All we have to go on are the magnificent stones that remain.

Next, check out some of the world’s oldest structures. Then, take a look at the “city of giants” found in Ethiopia.