How Pumpkin Spice Took Over Fall: A Brief History

How and why did the pumpkin spice latte become a global phenomenon? 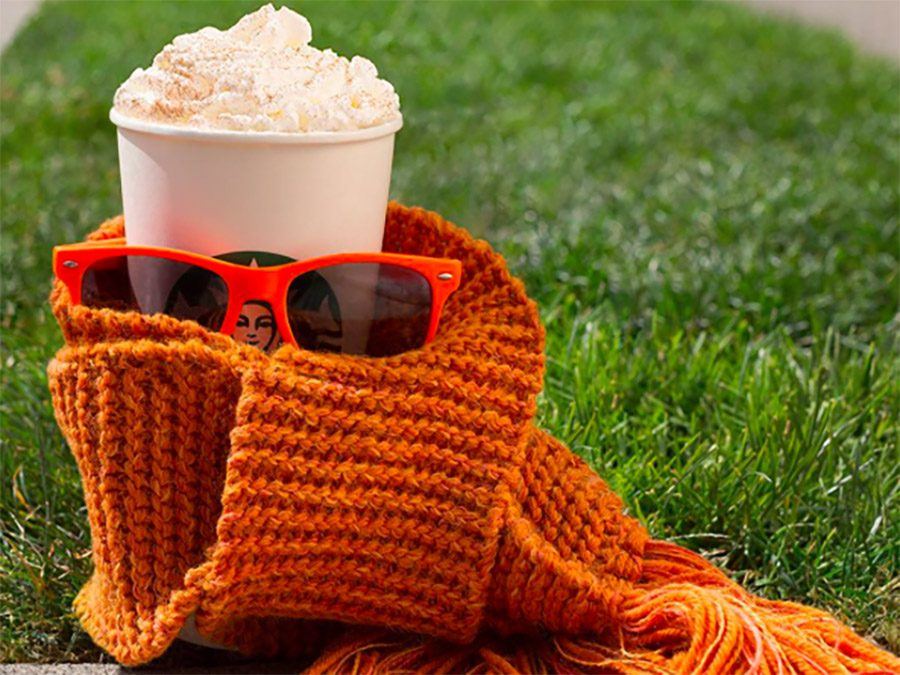 Head to just about any college campus in the United States after Labor Day, and you’re bound to encounter someone — likely multiple someones — clasping a pumpkin spice latte (PSL).

In a little over a decade, the drink has become a $500 million a year cultural mainstay, prompting retailers of all stripes to inject pumpkin or its flavor-enhancing spice into its offerings, no matter how odd that pairing may be (pumpkin-flavored vodka doesn’t necessarily whet the appetite, for instance, but apparently there is a market for it).

Love it or loathe it, the PSL’s ubiquity has rendered the beverage something of a permanent fixture among the autumnal canon — which is why some may be surprised to learn that had it not been for a persistent product manager, the decadent Starbucks concoction never would have existed at all.

So just how did the latte come to be, and what does its success say, if anything, about us?

The Origins Of Pumpkin Spice

Of course, Starbucks didn’t create the first pumpkin spice latte, nor did it invent the spice after which its 400-calorie titan of a drink is named. Cafes brought the former into being as early as 1996, and the latter has origins in the mid-20th century.

The spice’s genesis in the post-war economic boom shouldn’t come as much of a surprise: At this point, many facets of American domestic life began to economize. To save families time and maximize leisure, Swanson introduced the TV dinner. Baking likewise underwent similar transformations in the name of convenience.

As Chicagoist notes, in the 1950s and ’60s, food company McCormick began to “bundle” spices commonly used in pumpkin pie into a single, amalgamated spice known as pumpkin spice such that “those who didn’t feel like measuring individual spices” wouldn’t have to anymore. Ever so gradually, the spice found use in seasonal dishes beyond pumpkin pie, cementing its association with fall. 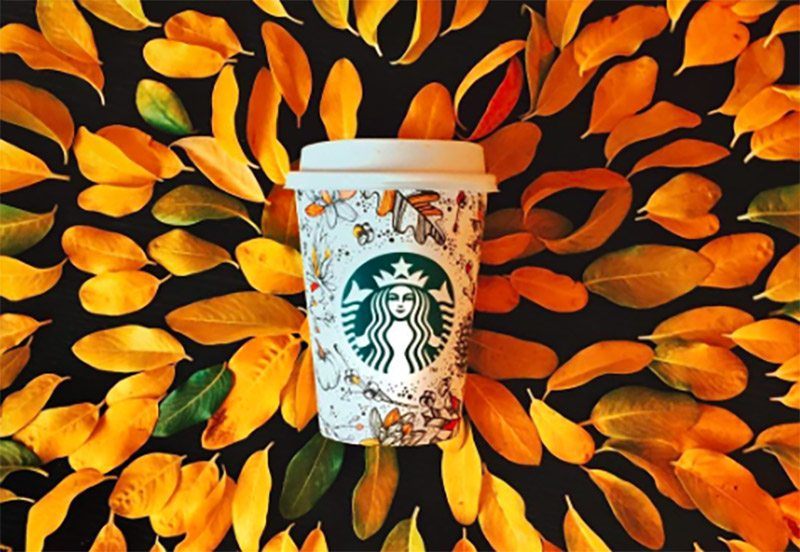 To appeal to another convenience-seeking class (this time in the 21st century), in 2003, food and beverage industry bigwigs converted the spice into a “sauce.”

The story goes that Starbucks’ product team sought to replicate the success of its winter-only drink selections, and thus looked at fall as its next profitable season. In April of that year, members of Starbucks’ espresso division met to brainstorm potential fall-only drinks. Peter Dukes was one such member, and without his presence, it’s doubtful that Starbucks’ PSL would even exist.

As he recounted to the Seattle Met, the team compiled a list of approximately 20 fall-themed drinks into a survey which it would release online. Starbucks would ask survey takers to select which theoretical drinks they found most appealing, and then use the collected data to determine which drinks would find the biggest audience, and therefore “guarantee” big profits.

Dukes’ pumpkin pie-flavored latte appeared on the list — but it did not appear to be a fan favorite. In fact, as Dukes’ told the Met, it “fell flat,” falling far behind fan favorites such as chocolate and caramel-flavored concoctions.

In spite of its lackluster appeal in the polls, Dukes didn’t give up on his vision, and successfully lobbied for it to appear in the next step of the selection process. Thus, in mockups presented to the beverage higher-ups, the pumpkin pie drink appeared alongside the three drinks that performed best in the online survey: chocolate-caramel, a spiced orange drink, and a cinnamon streusel latte.

In order to get his drink past R&D, Dukes would have to convince Michelle Gass, the Vice President of Beverages who had recently turned the Starbucks frapuccino into a cash cow.

Initially, Dukes’ drink didn’t sway Gass, and thus Dukes asked the frap queen to go out on a limb regarding his beverage. “Trust me,” Dukes says he told her. “Let us play with it. I’ve seen what’s out ther in the market, and there’s nothing like it.”

Trust him Gass did, but not without several months of tinkering with flavors and names. Indeed, Dukes says the team would meet two or three times a week for three months to determine what kind of spices, and at what levels, would make the drink a hit.

After numerous forkfuls of pumpkin pie and sips of hot espresso, the team decided to call its final product a pumpkin spice latte (“fall harvest latte” didn’t make the cut), and elected to turn the spice into a sauce high in pumpkin and spice flavoring to mimic the actual pie’s density.

In a different sense, Starbucks executives viewed mimicry as a problem they might face following the drink’s release.

“It was a great business idea, but it was also easy to imitate — easier to imitate than the taste of a great espresso,” former Starbucks executive Tim Kerns said. “Everyone can put a pumpkin spice syrup in whatever they want.”

What’s Behind The Drink’s Success

Kerns and Dukes were right: The PSL is now a global phenomenon, available in nearly 50 countries around the world, and generates around $500 million a year, according to Forbes estimates.

Likewise, numerous other companies have attempted to harness pumpkin’s popularity, and pumpkin spice has proliferated in consumer goods. According to Nielsen data, pumpkin-flavored food, personal and household goods has gone up almost 80 percent since 2011, with yogurt, cereal, and beer brands seeing a 320, 180, and 90 percent increase in respective pumpkin-flavored sales.

Indeed, it would appear that Dukes did not just create a drink in April 2003; he brought about an entire economy and a widely accessible palette for fall. The “Pumpkin Spice Latte has become more than just a beverage,” Dukes said. “It has become a harbinger of the season.”

Strategic marketing campaigns — specifically the PSL’s presence as a “limited time only” beverage and its social media presence — have no doubt aided in the beverage’s seasonal harbinger status.

As Nobel Prize-winning behavioral psychologist Daniel Kahneman explains in Thinking Fast and Slow, scarcity pressures people into action, as many associate an item’s availability with its worth. In other words, if customers can purchase a given drink at any time, they’re not likely to value it as much. Applied to the PSL, people want it more (and are willing to pay more for it) because they can’t have it for very long.

Likewise, Starbucks’ strategic use of social media in promoting the PSL has only increased its cache. The drink has its own presence on Twitter and Instagram, where the anthropomorphized drink appears amid playful fall scenes and reminds visitors about its limited-time-only existence.

Starbucks creatives aren’t doing this for the sake of a good photo, of course. Rather, they know that positive and lighthearted content travels far in social media, and thus generally generates a positive return on investment.

Published research on this very subject backs up Starbucks’ thinking. In 2014, researchers at the University of California, San Diego noted that more “positive” social media posts — such as, say, a female student taking a photo of her PSL and writing a caption that expresses how happy she is about cooler temperatures — have a higher “emotional contagion” than negative posts.

In other words, happiness spreads quickly and widely on social media, which for Starbucks translates to radically increased brand visibility for zero additional cost.

The ubiquity of consumer culture — on average, people today own twice as many cars and have twice as much credit card debt as individuals living 55 years ago — no doubt plays a part in the drink’s success as well.

If it only costs five dollars and change to become a “member” of a prominent social media community and experience the “taste of the season,” why not buy into the hype? Of course, many have written about how consumerism, as opposed to what appears in the PSL’s Instagram account, can lead to unhappiness and a sense of general emptiness.

Acknowledging these criticisms, as Peter Stearns writes in Consumerism in World History: The Global Transformation of Desire, consumerism can still be defended. “New goods provide new levels of comfort and diversion, and arguably even beauty, into ordinary life.”

And before the endless avenues of diversion that consumerism offers, there are far worse indulgences than Peter Dukes’ near failure of a drink.

Next, learn about the surprising personalities of prominent fast food founders, and for more seasonal fun, check out these creepy halloween costumes.