The morning after she went missing, villagers found a massive python with a bloated belly. When they cut it open, they saw the woman's remains inside.

Just one day after a 54-year-old woman from Indonesia’s Jambi province went missing, her body was found inside the stomach of a massive 22-foot python.

As the BBC reports, on Sunday, Oct. 23, 2022, a woman named Jahrah left for the plantation where she was employed as a rubber-tapper, but failed to return home that night.

That same night, Jahrah’s husband went to the plantation to look for her, and discovered a pair of sandals, knives, unwrapped headscarves, and a jacket lying in the plantation’s garden. But Jahrah was nowhere to be found. 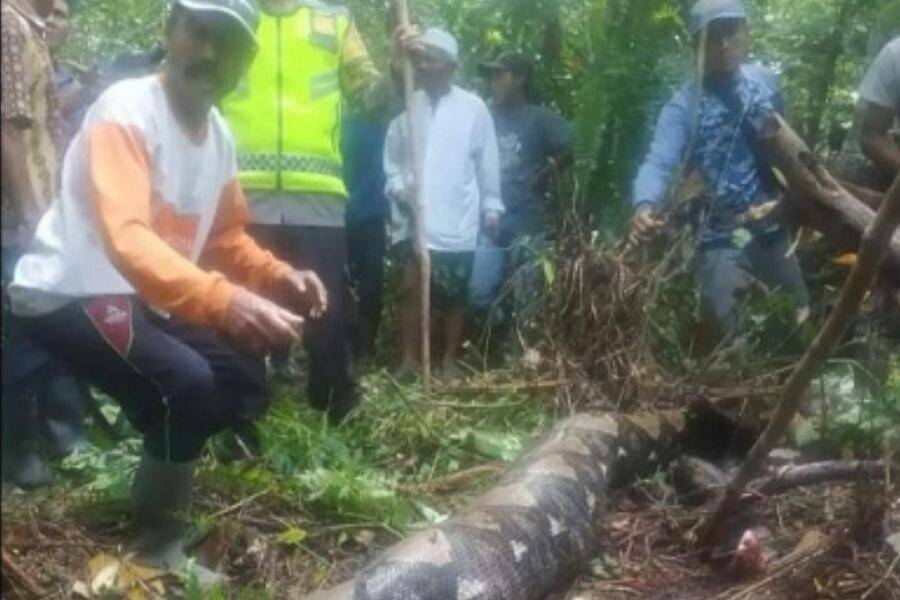 TwitterThe snake likely bit Jahrah and then wrapped itself around the woman to suffocate her — a process that could have taken nearly two hours.

The husband and several village locals then organized a search party to try and find the missing woman, but as the night grew darker, they were forced to put the search on hold until the next morning.

When the search finally resumed on Monday morning, villagers came across a massive python which, they noticed, had an unusually large stomach.

The villagers then killed the massive snake and cut its belly open.

“The victim was found in the snake’s stomach,” Betara Jambi Police Chief AKP S. Harefa said in a statement to local media outlets, according to the BBC. The body, he noted, was largely intact at the time.

“Everyone was astonished,” Anto, head of the local Terjun Gajah village, told ViralPress, according to the Post.

The 22-foot python was not even the largest one the villagers have come across. Anto said a 27-foot python had once been spotted near the village, leading many villagers to worry that there could be even larger pythons lurking in the forests nearby. 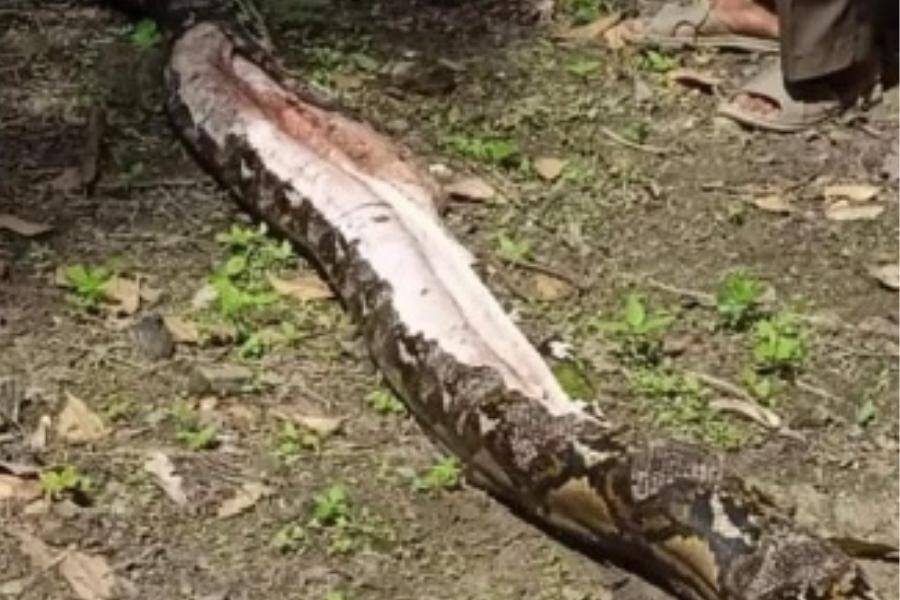 TwitterVideo footage of the villagers capturing the snake shows one volunteer pinning its head down with a branch while another cuts its stomach open.

As USA Today notes, reticulated pythons are the longest snakes in the world, and can sometimes grow as long as 28 feet. They are also able to climb trees by wrapping their bodies around the trunks and pulling themselves upward with muscular force.

Python’s jaws are connected by incredibly flexible ligaments that allow them to stretch their mouths open astoundingly wide, enabling them to devour prey of effectively any size.

“In essence they can go as large as their prey goes,” Mary-Ruth Low, a conservation and research officer for the Mandai Wildlife Group, told the BBC.

While these pythons typically feast on smaller prey like rats or other small animals, they can occasionally reach a size where small prey no longer provide them with the necessary amount of calories.

In these cases, the pythons usually give up on smaller prey and move on to larger animals like cows or pigs — or, evidently, humans.

Python attacks don’t happen often, but when they do, the results can be terrifying. Read about a similar incident that occurred in Persiapan Lawela, Indonesia in June 2018. Then, read about Titanoboa, a nightmarish prehistoric snake that measured up to 50 feet long and weighed up to 2,500 pounds.