Queen Nefertiti lived in ancient Egypt between 1370 and 1330 B.C.E and was the mother of Tutankhamun, or King Tut. 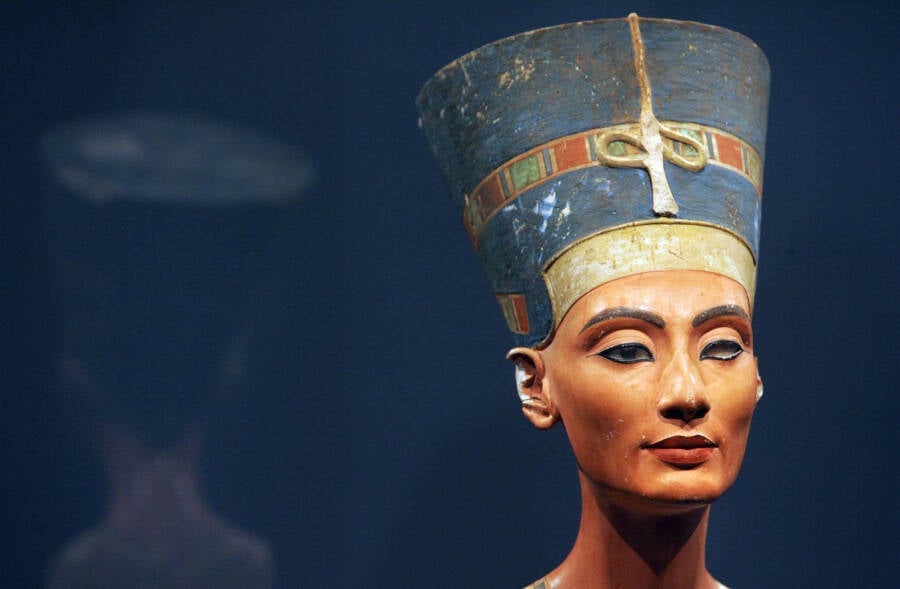 A renowned archaeologist in Egypt has made a startling claim — that he’s finally found the lost mummy of Queen Nefertiti.

“I’m sure I’ll reveal Nefertiti’s mummy in a month or two,” Zahi Hawass, a prominent Egyptologist and the former Minister of State for Antiquities Affairs in Egypt, told El Independiente.

According to Newsweek, Hawass has been excavating ancient tombs in Egypt for decades. During his most recent search, which started in December 2021, he identified two nameless mummies, one of which could be Queen Nefertiti, the mother of King Tutankhamun.

“We already have DNA from the 18th dynasty mummies, from Akhenaten to Amenhotep II or III and there are two unnamed mummies labeled KV21a and b,” Hawass explained to El Independiente. “In October we will be able to announce the discovery of the mummy of Ankhesenamun, Tutankhamun’s wife, and his mother, Nefertiti. There is also in tomb KV35 the mummy of a 10-year-old boy. If that child is the brother of Tutankhamun and the son of Akhenaten, the problem posed by Nefertiti will be solved.”

Hawass added, “I am sure that I will reveal which of the two unnamed mummies could be Nefertiti.” 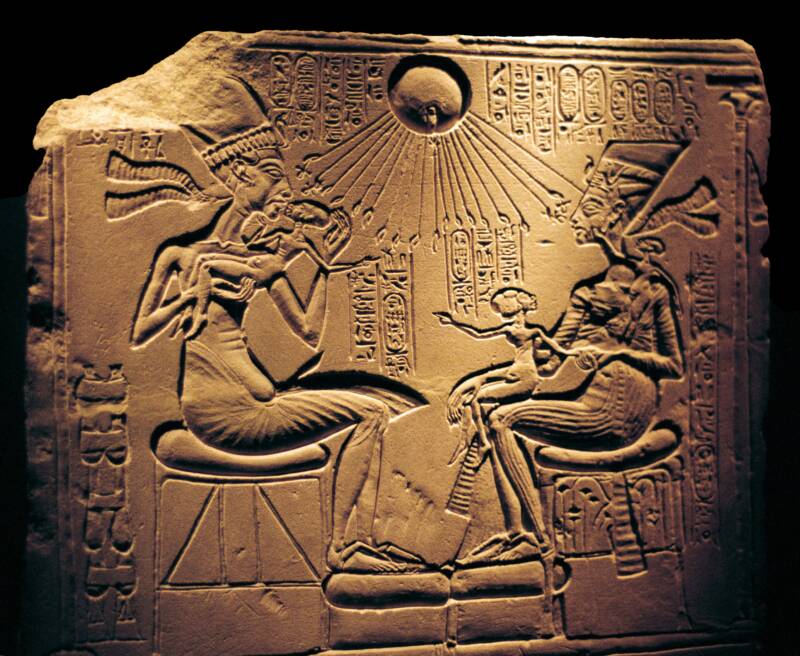 Universal History Archive/Getty ImagesA relief showing Nefertiti with her husband, Egyptian Pharaoh Akhenaten, alongside the sun god that they worshipped.

As Arkeo News explains, Nefertiti — whose full name was Neferneferuaten Nefertiti — lived in ancient Egypt between 1370 and 1330 B.C.E. She was the wife of Pharoah Akhenaten and supported his belief in the sun god Aten.

Significantly, Nefertiti was also the mother of Tutankhamun, or King Tut. Some believe that she briefly ruled Egypt between her husband’s death and Tutankhamun’s ascension to the throne, including Hawass.

“I really believe that Nefertiti ruled Egypt for three years after Akhenaten’s death under the name of Smenkhkare,” he told El Independiente.

Identifying Nefertiti’s mummy isn’t the only mystery Hawass hopes to solve, however. According to El Independiente, he’s also determined to figure out how King Tut died.

The young pharaoh ruled for just ten years before dying at the age of nineteen. History reports that modern-day CT scans of his remains revealed that he suffered from malaria, a fractured lower leg, and congenital deformities that may have been a byproduct of incest. But whether he died of natural causes, in an accident, or even by assassination is unknown.

But Hawass has hinted that he might know how the young pharaoh died.

“We are in a position to provide new information about his death,” he told El Independiente. “Until now we knew that he had an accident in his left leg, but we did not know if that was the reason for his death or if he was killed. A new scanning machine has allowed us to detect that he had an infection. If it is confirmed, I will announce before November that he died as a result of an accident.” 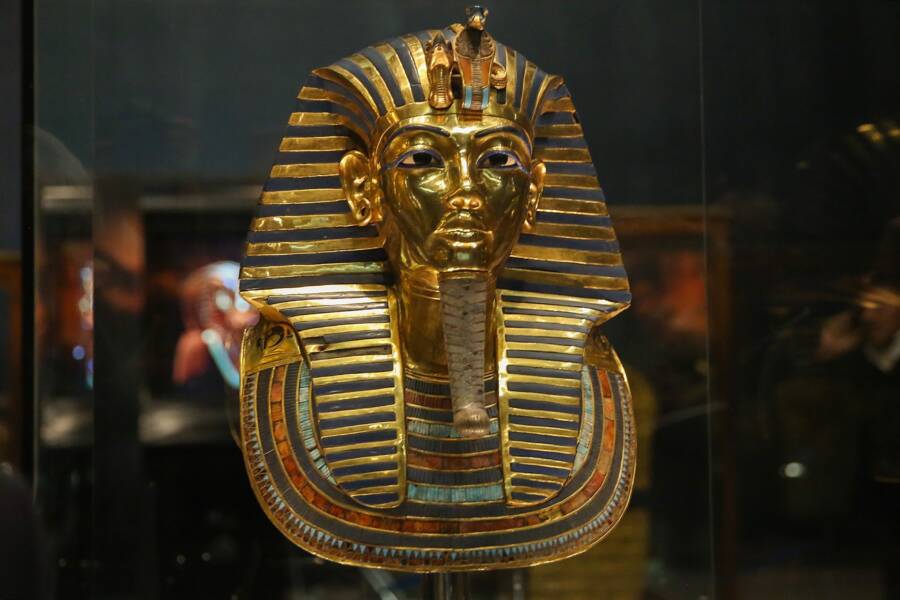 Mostafa Elshemy/Anadolu Agency/Getty ImagesKing Tut had a somewhat unremarkable reign as pharaoh, but his stunning death mask has made him one of the better known Egyptian rulers.

Hawass also discussed the ongoing search for Cleopatra with El Independiente. He believes that her tomb is somewhere under the Mediterranean, near Alexandria, where she died by suicide.

“Cleopatra built her tomb outside the palace. And if she built it, wouldn’t she bury herself there? Why wouldn’t she be using it herself?” Hawass said. He added, as an aside, that he’d been attacked by snakes while searching tunnels in the ancient city of Taposiris Magna, where some believe Cleopatra is buried, but that he “managed to kill them.”

In any case, Hawass told El Independiente that finding Cleopatra’s final resting place isn’t his main goal. He’s more focused on solving the mystery of Queen Nefertiti’s mummy, and he is hopeful that he’ll have more answers about her soon.

“My dream right now is to locate Nefertiti,” Hawass told El Independiente. “I hope that if God grants it to me, her discovery will take place this year.”

After reading about how Queen Nefertiti’s mummy may have been found, discover the fascinating history behind King Tut’s golden mask. Or, see how Victorians once held bizarre “mummy unwrapping” parties.