"They were in the break room eating a tin of almond cookies. I guess they struck gold." 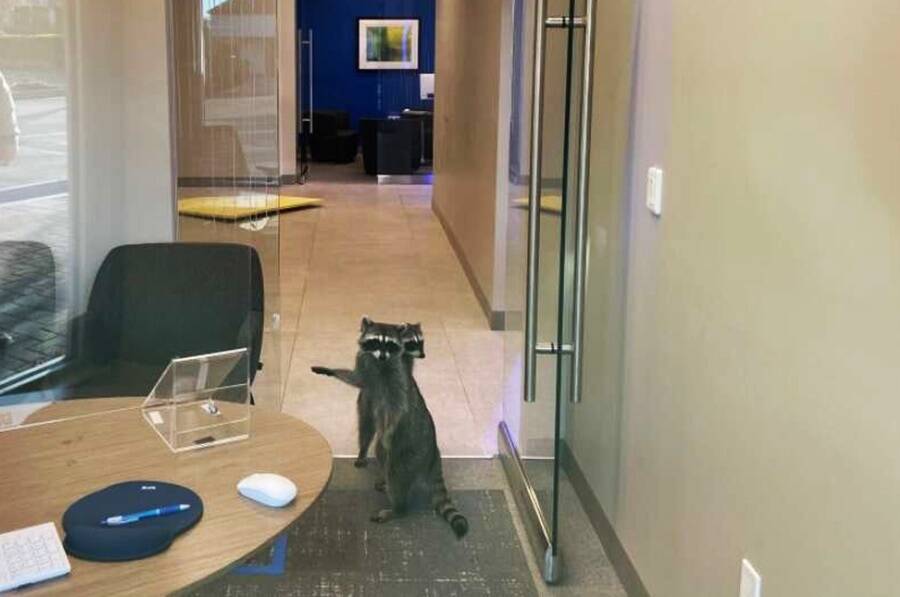 Peninsula Humane Society/SPCAA bank customer encountered a pair of juvenile raccoons inside the bank while using its ATM machine.

An unusual break-in occurred at a bank in Redwood City, California — and the trespassers were two furry juvenile raccoons.

According to IFL Science, a pair of young raccoons were spotted inside a branch of the Peninsula Bank when a client saw the mischievous animals while withdrawing money from the ATM outside in the early morning.

At first, the man thought the raccoons were merely a pair of stuffed animals. But he quickly realized that they were actually wild animals rummaging through the bank’s empty office.

Once news of the furry bandits reached bank officials, they called in animal rescuers from the Peninsula Humane Society & SPCA.

By the time the rescue team arrived at the bank, the two juvenile raccoons had already caused a mess. Trash cans had been turned over, paper documents were all over the floor, and a computer monitor was even knocked down. The bandits themselves had made their way into the office breakroom where they found their loot: a tin of almond cookies. 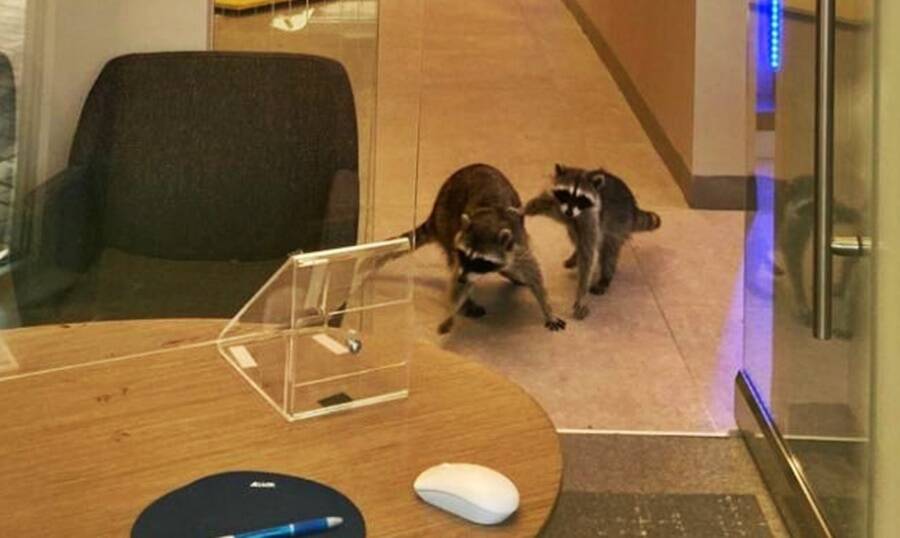 Peninsula Humane Society/SPCAAnimal rescuers believe the pawed cookie bandits likely fell through the ceiling from inside the air ducts.

“They were in the break room eating a tin of almond cookies,” Peninsula Humane Society & SPCA spokesperson Buffy Martin Tarbox said. “I guess they struck gold.” The rescue team managed to detain the animals after a 10-minute chase around the office. Afterward, they reportedly ushered the pair of cookie bandits outside the bank.

“They apparently didn’t want to leave the bank,” Tarbox said. After a brief investigation of the break-in scene, the team found large pieces of the bank’s ceiling which appeared to have caved in.

“There were muddy pawprints on a tree outside the bank, so we suspect the raccoons climbed the tree to the roof of the bank, and then somehow managed to crawl into the air ducts and fell through the ceiling tiles onto the floor of the bank,” Tarbox explained.

Of course, this raccoon bank break-in isn’t the first time these animals have been found in human territory. Raccoons have been known to rifle through neighborhood trash bins, eat people’s garden produce, and will even make homes inside open attics or garages. They are often caught in the middle of the night when they are most active. 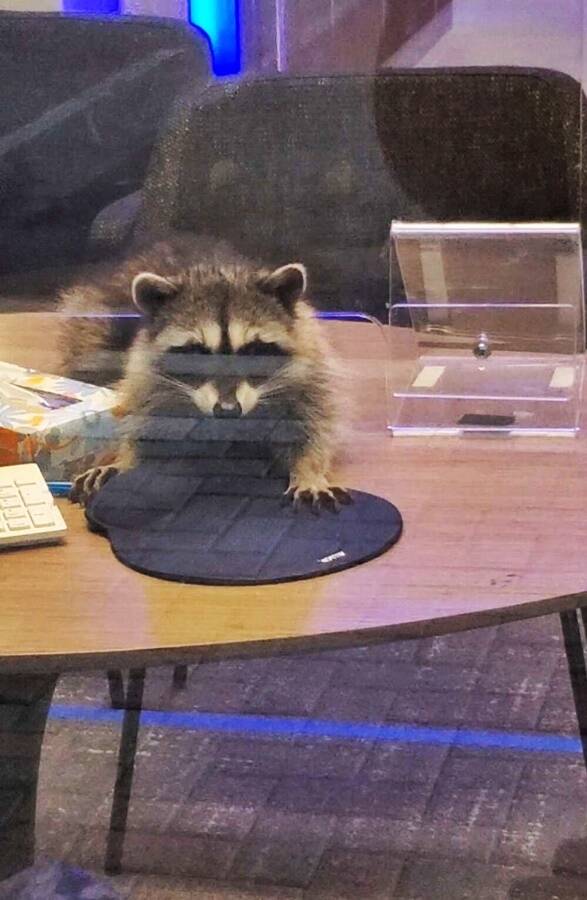 Peninsula Humane Society/SPCAThe raccoons are reportedly living at large in the state’s outdoors.

While wild raccoons typically prey on frogs, small rodents, and birds eggs or forage for berries, these animals are omnivorous — which means they’ll eat pretty much about anything.

Despite their comical reputation, wildlife officials regularly advise people against approaching a raccoon on their own. These animals may look small and cuddly but raccoons can be vicious when approached by humans. They are also known to be common carriers of rabies, leptospirosis, and other diseases.

As for the pair of raccoons that were found inside the bank, it seems they were released back outside by the rescue team, where they are no doubt living at large.

“Thankfully the raccoons were not injured during their morning escapade,” Tarbox said, “and to our knowledge they didn’t abscond with any money.”

Next, read how a college student thought a racoon was secretly living inside her dorm room closet only to find out it was a 30-year-old criminal instead. Then, take a look at 29 fascinatingly weird animals from around the world.