"What it shows is Henry's premeditated, calculating manner. He knows exactly how and where he wants it to happen." 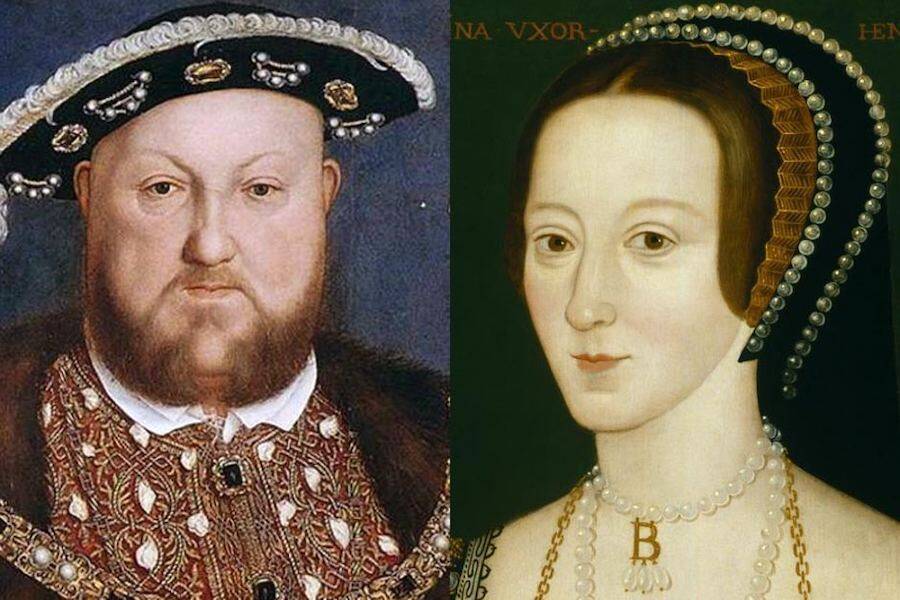 Wikimedia CommonsKing Henry VIII was either convinced of his wife’s adulterous, incestuous, treasonous ways or intentionally contrived reasons for her to be killed.

On May 19, 1536, King Henry VIII’s second wife Anne Boleyn was executed with a single swing of the sword. Charged with adultery, incest, witchcraft, and treason, she praised her husband before the blade fell as a “gentle and sovereign lord.” Newfound historical records show he was anything but.

According to The Smithsonian, experts have long argued whether or not Boleyn was guilty at all. Most contemporary historians agree that her criminal charges were utterly contrived. Boleyn’s final moments, meanwhile, had been carefully planned down to a tee — by her very own husband.

Discovered by Tudor historian Tracy Borman and archivist Sean Cunningham, a 16th-century warrants book detailing criminal records and punishments revealed that it was Henry VIII, rather than his advisor, who decided how and when Anne Boleyn would die.

“As a previously unknown document about one of the most famous events in history, it really is gold dust, one of the most exciting finds in recent years,” said Borman. “What it shows is Henry’s premeditated, calculating manner. He knows exactly how and where he wants it to happen.” 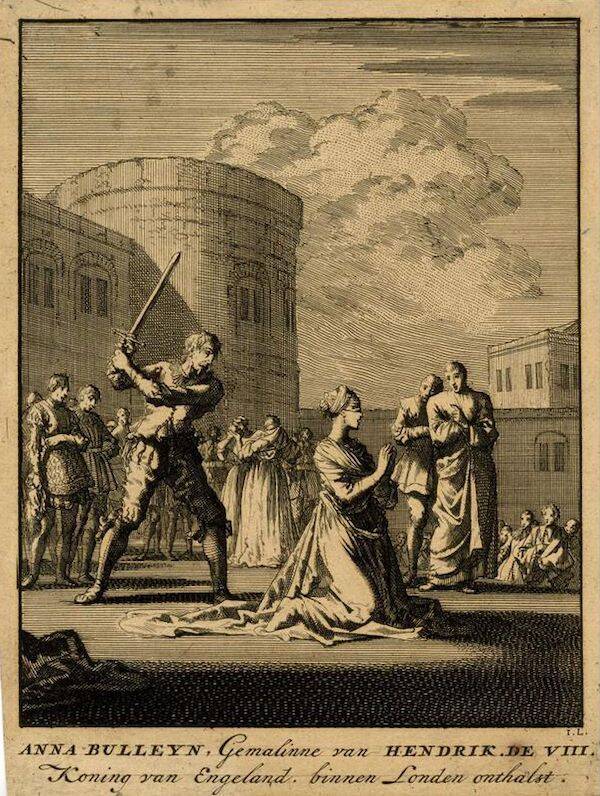 The previously overlooked passage showed that the king stipulated, despite the queen having been “adjudged to death…by burning of fire…or decaptiation,” that he had been “moved by pity” to spare her the more inhumane death of being “burned by fire.”

“We, however, command that…the head of the same Anne shall be…cut off,” he added, before reiterating these instructions regarded the “late queen of England, lately our wife, lately attained and convicted of high treason.”

These instructions were specifically laid out for Sir William Kingston, constable of the Tower. With the highest possible position at the Tower of London, he was directly in charge of any incarcerations or subsequent executions. Boleyn herself had been locked up therein on May 2, 1536, for adultery.

A questionable trial had depicted Boleyn as extremely promiscuous, and unable to control her “carnal lusts.” Despite her vehement denial, she was found guilty and sentenced to death by either burning at the stake or beheading — at “the King’s pleasure.” 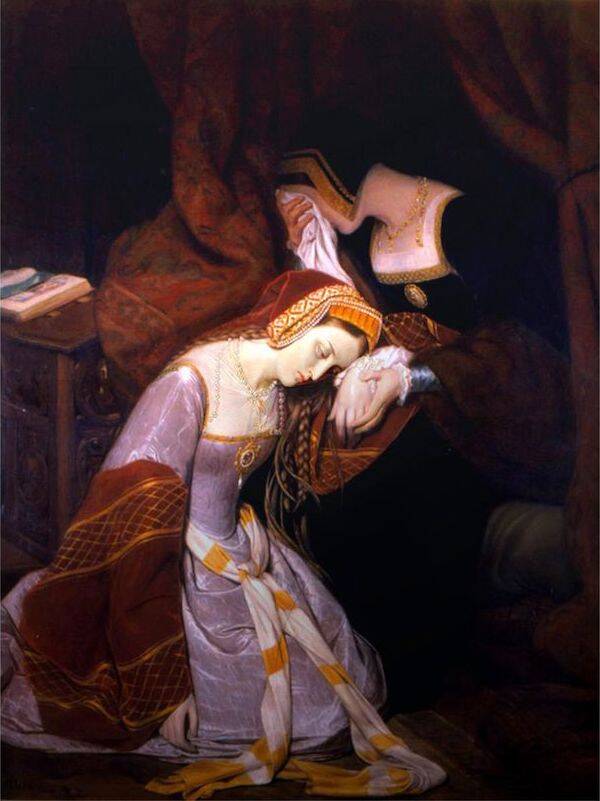 Wikimedia CommonsEdouard Cibot’s Anne Boleyn in the Tower (1835), where she had been imprisoned for adultery.

Tudor historians now believe that the queen’s only “crime” was the failure to give her husband a son. Furthermore, with modern knowledge of reproduction, it appears that King Henry VIII himself was the main culprit here, as he famously married six times yet only produced one male heir.

He divorced his first wife, Catherine of Aragon, in order to marry Boleyn. Their union was highly controversial and led Henry VIII to break ties to the Catholic Church, ushering in the English Reformation. Boleyn bore him one child, a daughter to his chagrin, who later became Queen Elizabeth I.

Historian Hilary Mantel posited that Henry VIII intentionally instigated Boleyn’s legal proceedings after tiring of their relationship. Some believe that the king’s top advisor, Thomas Cromwell, had conspired to convince the “pliable king” to leave his wife for Jane Seymour.

The warrant book also revealed that the king worked out specific details regarding the location of Boleyn’s death, “upon the Green within our Tower of London.” He added that Kingston should “omit nothing” from his instructions.

Ultimately, the historic find was fortuitous and unplanned. Borman, who works as chief curator for Historic Royal Palaces which charitably managed the Tower of London, visited the National Archives to study Boleyn’s trial papers. That’s when archivist Sean Cunningham drew her eye elsewhere.

“[The trial papers] are pretty dull,” said Borman. “The Tudors were great bureaucrats, and there are an awful lot of these warrant books and account books within the National Archives…It’s thanks to Sean’s eye for detail that it was uncovered.”

Though Henry VIII was certainly ruthless and selfish in his relationships with women, his orders arguably showed some semblance of mercy. Borman argued that Henry permitting Boleyn to be decapitated by sword, rather than by ax — or being burned — was a huge kindness for the time.

Decapitation by sword was so uncommon in England that Cromwell had to send to Calais, France for a swordsman. Despite the firm, royal instructions, it appeared that not every detail was tended to.

“The execution didn’t take place on Tower of Green, which is actually where we still mark it at the Tower today,” said Borman. “More recent research has proved that…it was moved to opposite what it is today the Waterloo Block, home of the crown jewels.”

In the end, the uncovered warrant book is still a remarkable find. It not only provides a glimpse into how these medieval executions occurred but proves once and for all that it was King Henry VIII himself who oversaw Boleyn’s final moments. Whether kind or unusually cruel, the debate lingers on.

“Because we know the story so well, we forget how deeply shocking it was to execute a queen,” said Borman. “They could well have got the collywobbles and thought we’re not going to do this. So this is Henry making really sure of it.”

“For years, his trusty advisor Thomas Cromwell has got the blame. But this shows, actually, it’s Henry pulling the strings.”

After learning about the disturbing lengths Henry VIII went to for Anne Boleyn’s beheading, read about King Henry V who nearly took over France. Then, learn about Catherine Howard, King Henry VIII’s other beheaded wife.