In 1998, Rafael Pérez was arrested for stealing $800,000 worth of cocaine and later took a plea deal and exposed the LAPD's Rampart scandal.

Rafael Pérez should have protected the public by lawfully dismantling gangs. Instead, he and dozens of other officers in the Los Angeles Police Department’s Rampart Division ran the streets by shaking down gang members for drugs and money and stealing and fabricating police evidence.

Assigned to the LAPD’s Community Resources Against Street Hoodlums (CRASH) anti-gang task force in 1995, Pérez swiftly earned a reputation as an aggressive officer who had an ear to the ground in the neighborhoods west of downtown Los Angeles that fell under Rampart’s jurisdiction.

But by August 1998, he was in jail for stealing $800,000 worth of cocaine from an evidence room. And by 2000, he’d cut a plea deal and implicated 70 of his fellow CRASH officers in misconduct ranging from drinking on the job to murder. As a result, the city was forced to vacate more than 100 tainted convictions and pay out $125 million in settlements.

So, how did Rafael Pérez and his elite anti-gang unit become responsible for the biggest police scandal in Los Angeles history?

Rafael Pérez And The Robbery Of A Los Angeles Bank 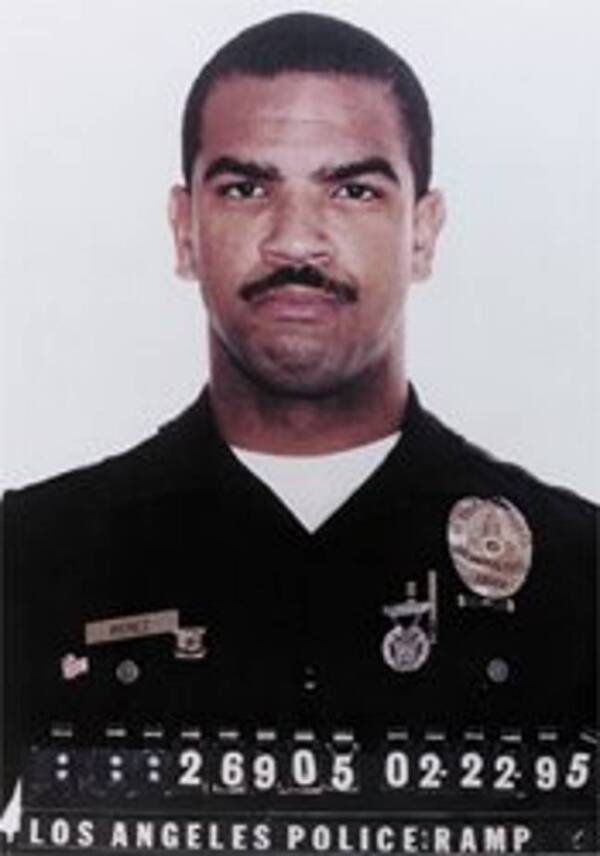 LAPD HandoutRafael Pérez in 1995, the year he was transferred to the Rampart Division of the LAPD.

Over the weekend of November 8, 1997, LAPD officer Rafael Pérez and two other men gambled and partied in Las Vegas. They had reason to celebrate. Two days earlier, one of the men, David Mack, had masterminded the robbery of the Los Angeles branch of Bank of America. According to The Los Angeles Times, $722,000 had been stolen.

The investigating officers became immediately suspicious of assistant bank manager Errolyn Romero, who had arranged for more cash than was necessary to be delivered to the bank just 10 minutes before the robbery. Romero confessed and implicated her boyfriend, David Mack.

Mack was arrested and subsequently sentenced to 14 years in federal prison. Detectives investigating Mack discovered that two days after the robbery, Mack and two others had gone on their Las Vegas trip, where they spent thousands of dollars.

Like Rafael Pérez, David Mack was a current Los Angeles police officer — and they were both members of the anti-gang unit CRASH.

The Formation Of The CRASH Task Force 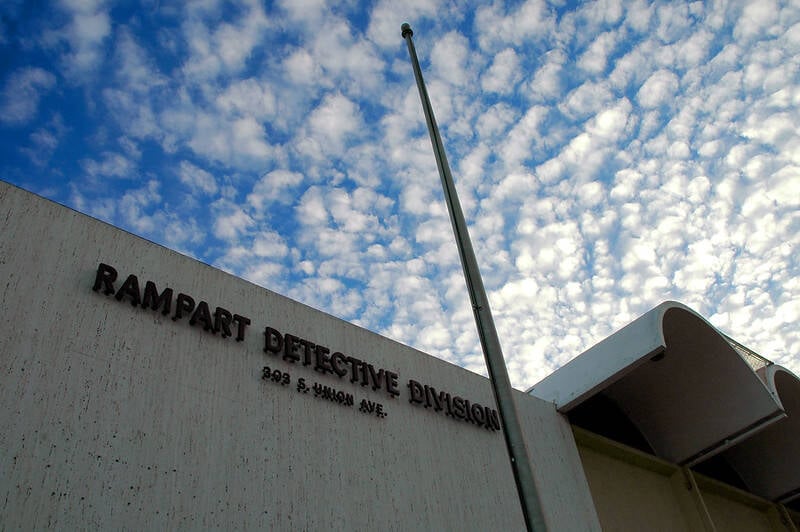 In 1979, the LAPD created a specialized anti-gang task force with good intentions in reaction to a surge in the drug trade and related gang activity. Known as Community Resources Against Street Hoodlums (CRASH), every division had its own branch. And in Rampart Division, the CRASH unit was seen as a necessity.

The division encompassed a densely populated area of 5.4 square miles west of downtown Los Angeles that included the neighborhoods of Echo Park, Silver Lake, Westlake, and Pico-Union, which were home to numerous Hispanic street gangs. At the time, Rampart contained the city’s highest crime and murder rates, and the administration expected the gang unit to do something about it.

But soon, the Rampart CRASH unit would epitomize the insularity of special police units that operate with virtual autonomy. And for officers like Rafael Pérez, who joined the task force in 1995, CRASH was one side of a vicious war.

Pérez knew gang members had no moral compunction about playing fair, so he thought, why should he. He operated with the attitude, arrogance, and untouchable air that typified the perceived protection he received. Pérez existed in a police world above those of ordinary men and women where the rules don’t apply. Working primarily at night with minimal supervision, the job was an intoxicating mix of adrenaline and power.

If Denzel Washington’s role in Training Day (2001) comes to mind, it’s for a good reason. The character of Alonzo Harris was an amalgamation of Rafael Pérez and other CRASH officers. The character’s vehicle even displayed the license plate ORP 967 — allegedly a reference to Officer Rafael Pérez, born 1967.

With CRASH, Pérez worked gang suppression and undercover narcotics. But in entering and thriving within the world of gang culture, he became in many ways himself a gangster with a badge — planting evidence, witness intimidation, falsified arrests, beatings, perjury, and drinking on duty. 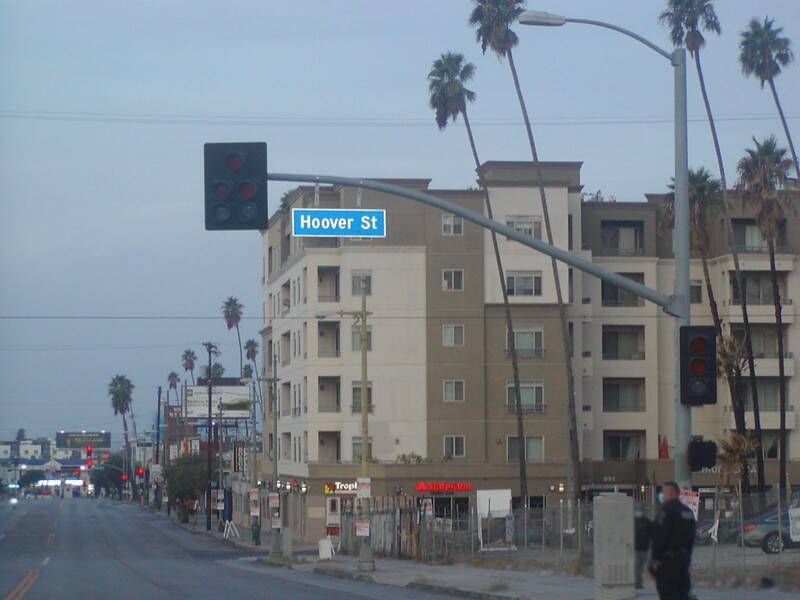 Rafael Pérez was born in Puerto Rico in 1967. When he was five years old, his mother moved him and his two brothers to the U.S. Pérez’s father stayed behind in Puerto Rico. The closest Pérez came to seeing him was via a photograph at age 30. By that stage, Pérez was rampaging through Rampart.

Pérez and his family eventually moved to North Philadelphia, according to PBS. According to Pérez, the family initially stayed with an uncle who dealt drugs, where he witnessed first-hand the ebb and flow of the street trade. It furthered his resolve to become a cop, which he was always interested in as a little kid.

Following high school, Rafael Pérez entered the Marines, then applied to the LAPD. He entered the Los Angeles Police Academy in June 1989. Following his probation period, Pérez worked patrol in Wiltshire Division. Pérez adopted a different persona as a cop. He knew he was inexperienced in law enforcement, so he acted with authority.

In time, his reputation as a streetwise aggressive cop got him transferred into an undercover narcotics team in Rampart Division. Pérez spoke fluent Spanish, and his personality fit right in with the bombast of the gangs he was tasked with going after.

Pérez, like many young officers, felt the adrenaline rush of buying drugs from street dealers, relishing in the power and authority of it. Pérez believed he’d found his place and took no heed when a colleague warned him that he loved working narcotics too much.

Why Rampart CRASH Was A Gang In Its Own Right 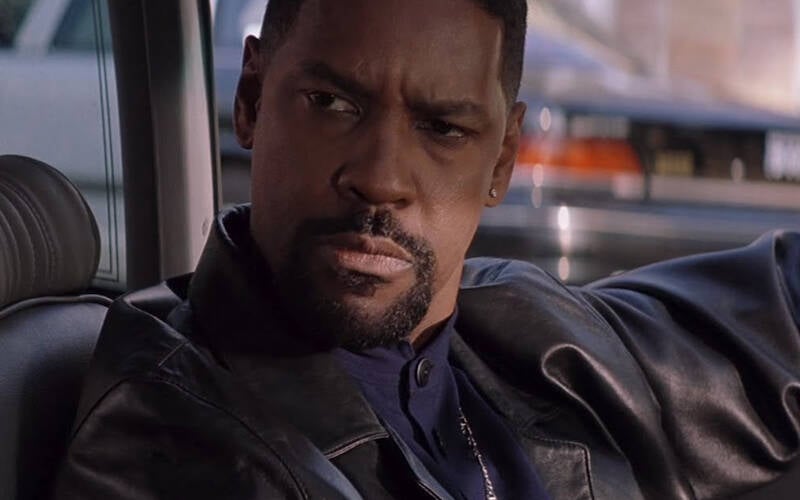 Warner Bros.Alonzo Harris in Training Day was based on Rafael Pérez.

Rafael Pérez stated Rampart CRASH became a brotherhood, a gang in its own right. One of the most corrupt examples happened just a year after Pérez joined CRASH. On October 12, 1996, Pérez and his partner, Nino Durden, shot and framed 19-year-old Javier Ovando, an unarmed gang member.

The shooting had left Ovando paralyzed from the waist down. According to Pérez, they were conducting drug surveillance from an apartment in an unoccupied building when they justifiably shot Ovando.

At Ovando’s trial in 1997, Pérez and Durden lied. They stated Ovando burst into the apartment, attempting to murder them. Ovando disputed their story. The apartment building wasn’t abandoned; he lived there on the same floor as the observation post. Ovando stated the officers had harassed him and knocked on his door the day of the shooting, demanding to come inside. Once inside, they handcuffed and shot him.

It meant nothing. Rafael Pérez and Nino Durden were golden boys in the eyes of the law. Ovando was convicted and sentenced to 23 years in prison based on the perjury of Pérez and Durden, according to The National Registry of Exonerations. It would be years before he was freed. 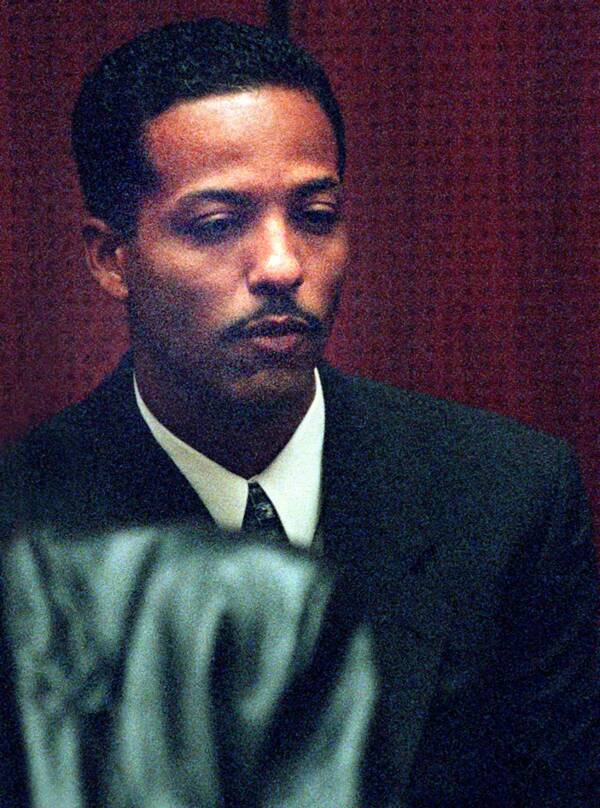 Lucy Nicholson/AFP via Getty ImagesNino Durden, the first Los Angeles anti-gang police officer to be charged with attempted murder in connection with the Rampart scandal, appears in court for the preliminary hearing of his trial in Los Angeles on Oct. 18, 2000.

But more troubling rumors also circulated within the LAPD of connections between officers and Death Row Records, a hugely successful rap record label owned by Marion “Suge” Knight, according to Reuters.

Knight was a member of the Mob Piru Bloods gang. Internal investigations discovered Knight was hiring off-duty police officers as security guards. More disturbingly, a subset of police officers was acting like gangsters.

Then, on March 27, 1998, Rafael Pérez became a magician. He made six pounds of cocaine disappear from the police property room. Within a week of the theft, detectives focused on him. In May 1998, The LAPD created an internal investigative task force. It focused primarily on the prosecution of Pérez. An audit of the LAPD property room had identified another pound of missing cocaine.

On August 25, 1998, task force investigators arrested Pérez. His initial response to arrest was, “Is this about the bank robbery?” according to The Los Angeles Times No, it was about those six pounds of cocaine that had vanished. The cocaine had been checked out of the property room by Pérez under another officer’s name. Worth up to $800,000 on the street, Pérez had resold it through a girlfriend.

The Rampart corruption scandal was about to kick into overdrive.

How Rafael Pérez Exposed The Blue Brotherhood Of Rampart

In December 1998, Rafael Pérez, having been charged with possession of cocaine with intent to sell, grand theft, and forgery, was brought to trial. After five days of deliberations, the jury announced that it was deadlocked, with a final vote of 8-4 favoring conviction.

Prosecutors began preparing their case for a retrial. Investigators uncovered another 11 instances of suspicious cocaine transfers from the Rampart property room. Pérez pulled off his magic trick again. He ordered the cocaine evidence from property and replaced it with Bisquick.

Correctly sensing a lengthy conviction, Pérez cut a deal on Sept. 8, 1999, according to an LAPD press release. He pleaded guilty to the cocaine theft and provided information to investigators about Rampart CRASH officers involved in illegal activity.

Rafael Pérez received a five-year sentence and immunity from further prosecution. Pérez began confessions with the story of Javier Ovando. 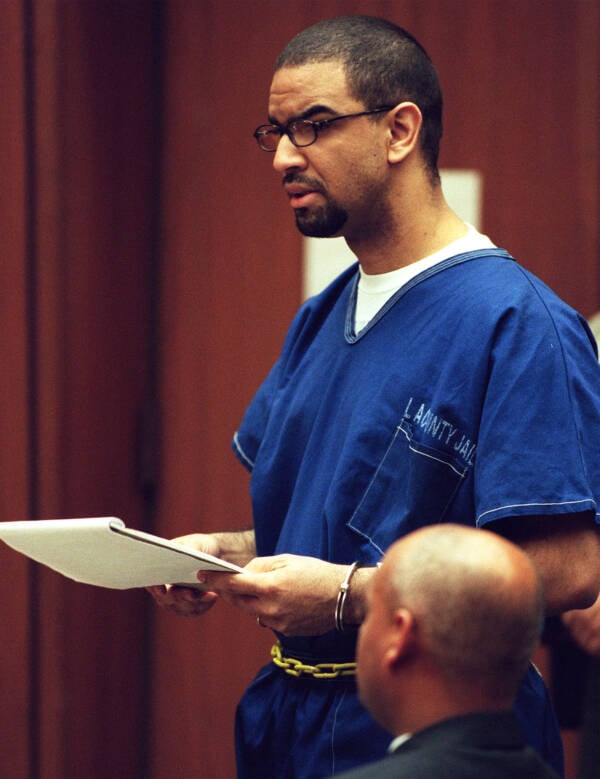 As a result of his plea deal, Pérez was required to cooperate with investigators looking into the Rampart CRASH unit. Over nine months, Pérez admitted to hundreds of instances of perjury, fabrication of evidence, and false arrests.

He admitted stealing drugs from police evidence lockers and reselling them on the street. He admitted stealing drugs, guns, and cash from gang members. The Rampart unit sought to send neighborhood gang members to prison, whether they committed crimes or not. In the end, Rafael Pérez implicated 70 other officers, including former partner Nino Durden.

On July 24, 2001, Rafael Pérez was released, having served three of a five-year sentence. He was placed on parole outside California. Federal charges awaited — the civil rights and firearms violations resulting from the unlawful shooting of Javier Ovando. Pérez pleaded guilty under the conditions of his plea agreement and, on May 6, 2002, received a two-year federal prison sentence.

As a result of the Rampart scandal, Javier Ovando’s 23-year conviction was vacated, with the charges dismissed. Los Angeles awarded him $15 million in compensation, the largest police misconduct settlement in the city’s history.

It didn’t stop there. More than 200 lawsuits were filed against the city by persons wrongfully convicted or those who had been falsely arrested. Almost all were settled for several millions of dollars. The years of corruption led to more than 100 convictions being overturned. By 2000 all CRASH anti-gang units had been disbanded.

While still in prison Pérez agreed to telephone conversations with the The Los Angeles Times. The paper summarized the corruption and failings of Rampart CRASH: “An organized criminal subculture thrived within the LAPD, where a secret fraternity of anti-gang officers and supervisors committed crimes and celebrated shootings.”

After reading about Rafael Pérez, learn about the NYPD’s corruption in the infamous 77th Precinct. Then, go inside the real story of Frank Serpico, the NYPD officer who was nearly killed for exposing rampant bribery and crime within the NYPD.

Neil Patmore
Neil Patmore is a former police officer, and private investigator. As a freelance writer, he spends his time writing about true crime.
You might also like
Remove Ads
×
Follow hu On