Inside The Wild Life Of Eccentric Founding Father Gouverneur Morris

A colorful, peg-legged statesman, Gouverneur Morris wrote the preamble to the U.S. Constitution and was also an early voice against slavery. 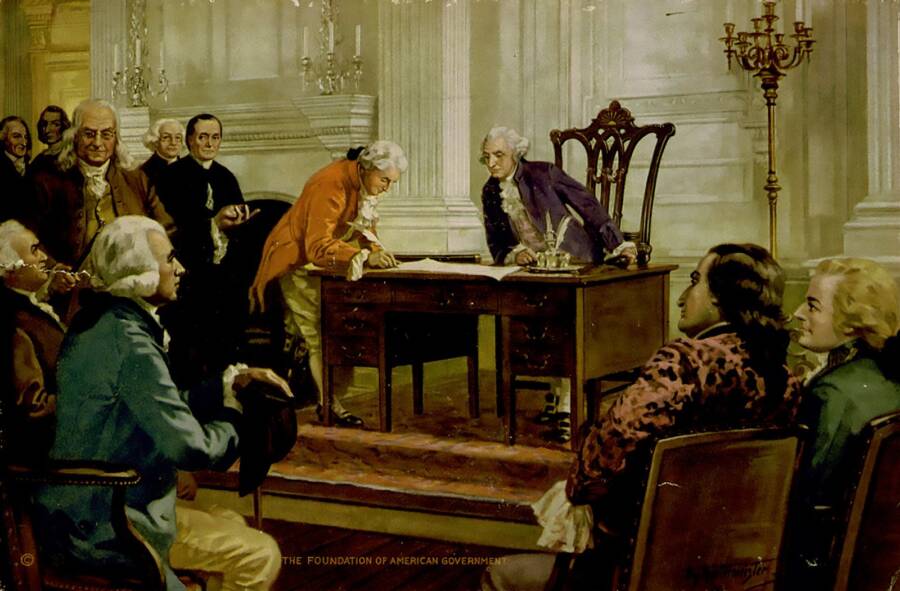 Gouverneur Morris was one of the busiest American statesmen of his time. The native New Yorker not only signed the Articles of Confederation but wrote the Preamble to the United States Constitution. When he authored those hallowed words of “We the People,” Morris truly meant it — and personally despised slavery.

The outspoken abolitionist delivered more speeches than anyone else at the Constitutional Convention. He became a Founding Father at a crucial time for the young American republic and tried hard to impress upon every American that they were citizens of one united nation — rather than loyalists of their individual states.

Considered the “Penman of the Constitution,” Morris never strayed from public service and dedicated his life to the democratic institutions of his country. However, Gouverneur Morris was also likely the single most eccentric of the founding fathers. This is his story.

The Early Life Of Gouverneur Morris

Gouverneur Morris was born on Jan. 30 or 31, 1752, in British America’s Province of New York. As descendants of Welsh soldiers, his family was held in high regard. While his father was a judge who inherited large tracts of land, Morris was the spawn of a second marriage and thus had to work rather than rely on an inheritance. 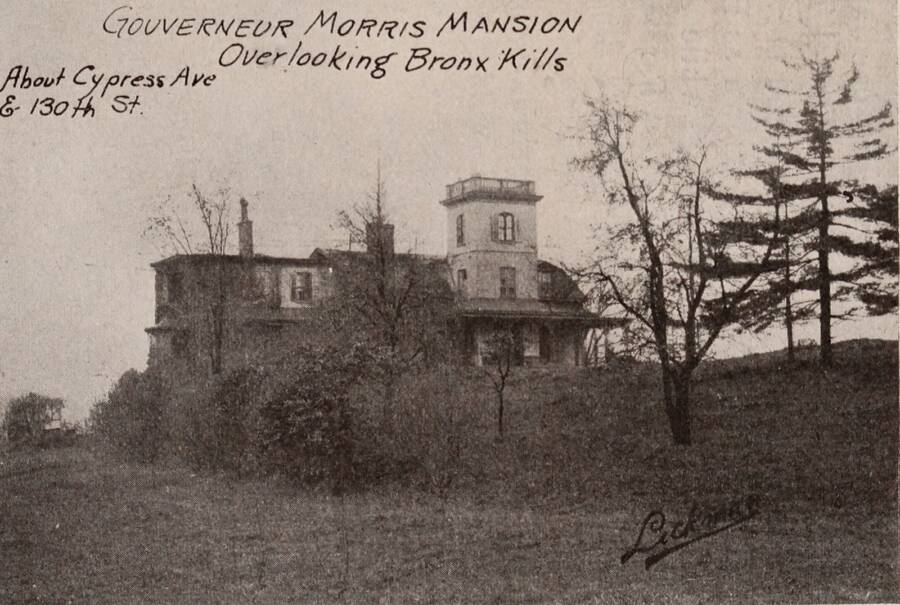 The studious Morris was only 12 years old when he enrolled at King’s College, according to the U.S. Army. He accidentally poured a kettle of boiling water on his right arm two years later and took an entire year off to recuperate. Morris narrowly avoided gangrene and amputation — this time.

Morris graduated in 1768 and received his master’s degree in 1771. He spent the next three years studying law under judge William Smith and earned admission to the bar in 1775. Morris had garnered esteemed new social status, mingled with high society, and was introduced by Smith to John Jay and Alexander Hamilton.

The prominent lawyer was elected to represent his family manor in New York’s Provincial Congress that year and tasked with helping shepherd the colony to independence. When the British seized New York City in the Battle of Long Island in 1776, Morris’ Loyalist mother gave their estate to the British for military use.

Morris joined the New York State Assembly in 1777 and was subsequently appointed to the Continental Congress. He displayed such financial and strategic savvy that he was entrusted to help reform George Washington’s army in 1778.

The Political Service Of Gouverneur Morris

Morris was appalled by troop conditions at Valley Forge, which led him to become the Continental Army’s congressional spokesman. He pushed for reforms in the training and financial backing of soldiers. Most impactful of all, Morris was among the 48 signatories of the Articles of Confederation — and its youngest signer. 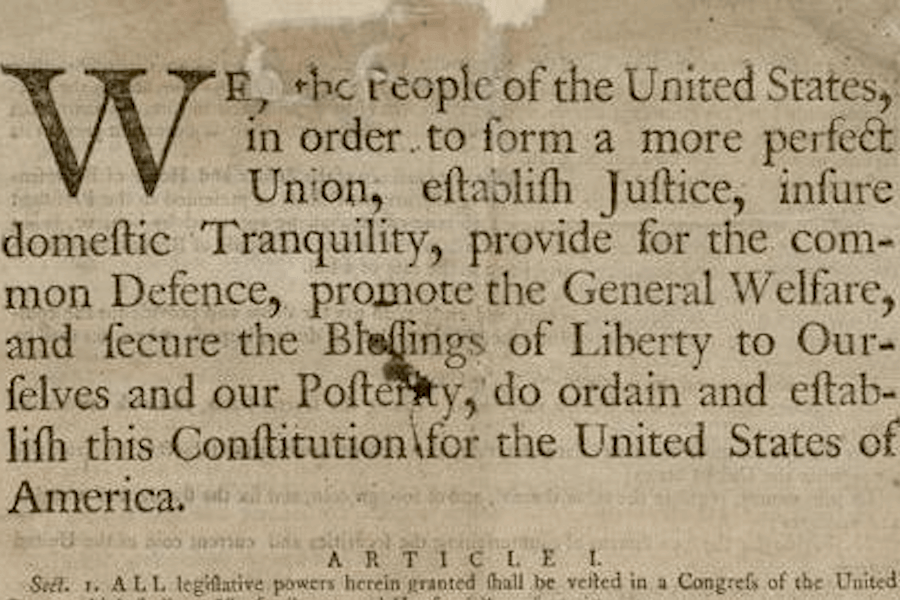 Wikimedia CommonsMorris removed a divisive list of states from the original preamble and replaced them with “the United States.”

That document was the first frame of government and established the sovereignty of America’s 13 original states. When a group of Continental Army officers known as the Conway Cabal held a no-confidence vote to oust Washington from his leadership position, Morris cast the tie-breaking vote to keep the chief in power.

Morris found himself amidst growing opposition to this centralized power. He was also ineligible to seek new office as his property was occupied by the British. He thus moved to Philadelphia to work as an attorney, where a grisly carriage accident rendered his left leg mangled, forcing doctors to amputate below the knee.

As Pennsylvania’s delegate to the Constitutional Convention in 1787, a now peg-legged Morris and four others drafted the final language of the document. Although he believed that centralized power should rule over the populace and commoners were incapable of casting rational votes, many of his record 173 speeches virulently criticized slavery.

“He never would concur in upholding domestic slavery,” wrote James Madison. “It was a nefarious institution. It was the curse of heaven on the states where it prevailed…Are they men? Then make them citizens, and let them vote. Are they property? Why, then, is no other property included [under the law]?”

The Founding Father Goes To France Then Becomes A Senator 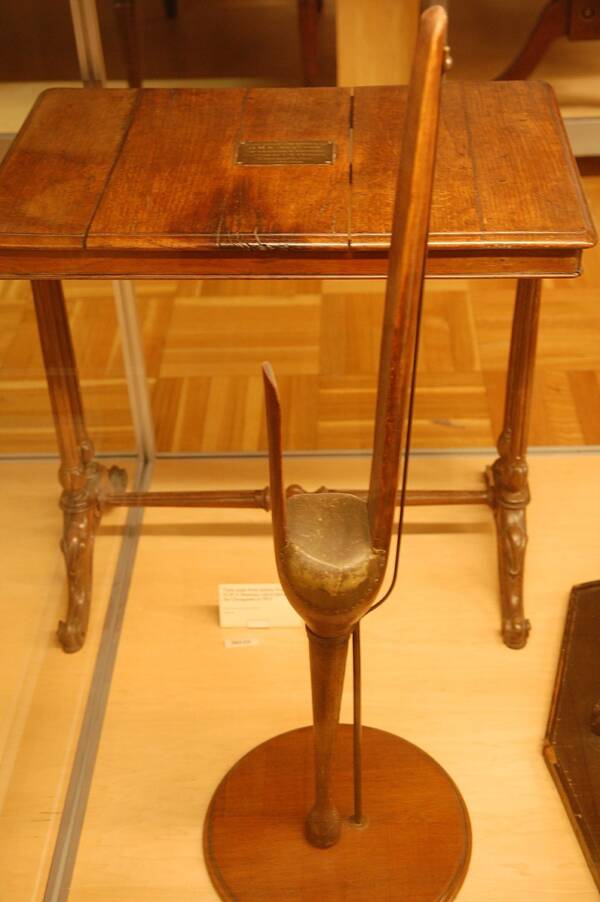 Between 1792 and 1794, Gouverneur Morris filled a diplomatic post in France.

“His creed was rather to form the government to suit the condition, character, manners, and habits of the people,” wrote Anne Cary Morris. “In France this opinion led him to take the monarchical view, firmly believing that a republican form of government would not suit the French character.”

Morris’ beliefs were reinforced when the French Revolution led to the Reign of Terror against the First Republic. The streets were flooded with violence and executions, with Morris himself nearly hanged by a hostile mob — until he took off his peg leg and claimed to have lost his limb fighting for American liberty. Cheers ensued.

Morris had a three-year affair with novelist Adélaide Filleul while stationed in Paris. She was married to a count and lived in an apartment inside the Louvre before it was turned into a museum. John Jay later joked that Morris should have “lost something else” besides his leg. Replaced as minister to France, Morris returned home in 1798.

While Morris was elected to the U.S. Senate as a Federalist in April 1800, he lost his seat in February 1803. He married 35-year-old Ann Cary Randolph in 1809, despite her involvement in a trial for the alleged murder of her newborn child in 1793. She later became Morris’ housekeeper and eventual wife when they married in a surprise ceremony on Christmas day.

Perhaps most consequential, aside from his penmanship within the Constitution, Morris became Chairman of the Erie Canal Commission in 1810 and helped turn New York City into a financial juggernaut. He followed this by joining the Commissioners’ Plan of 1811 — which shaped Manhattan’s famous street grid layout.

How Did Gouverneur Morris Die? 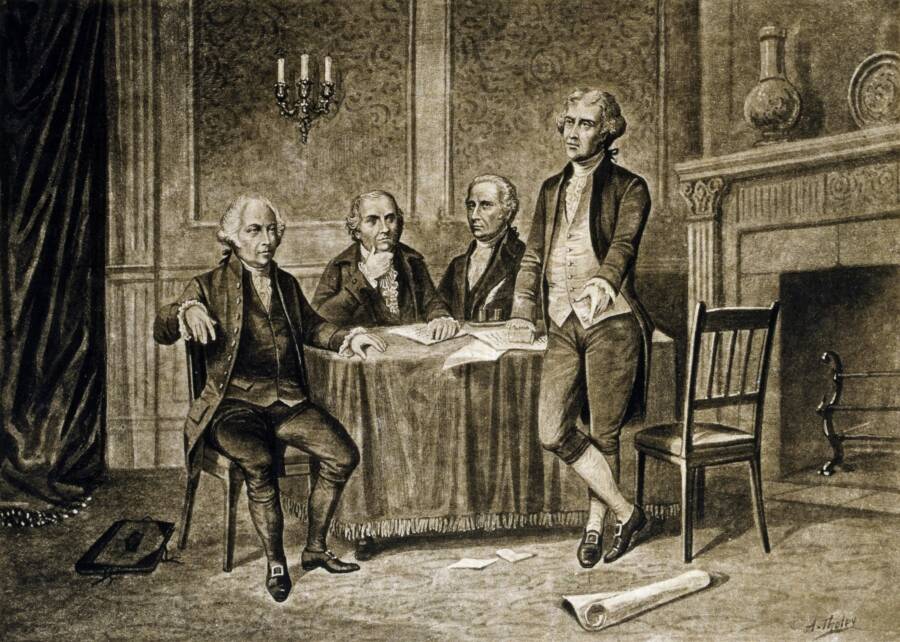 While the penman and playboy never suffered serious health problems before, the 64-year-old became increasingly bedridden by 1816. Suffering from gout, he tried everything from bloodletting and laudanum to herbal infusions and enemas to resolve it. But it was a urinary tract infection that would cost him his life.

Exasperated at his inability to urinate, Morris found a piece of whalebone in his Morrisania, New York, home and inserted it into his urethra. It unfortunately proved fatal.

Tearing and inflaming his internal urethral tissues, Morris had unwittingly spurred an infection that killed him on Nov. 6, 1816. The press respectfully omitted the cause of death in their coverage and called Morris’ fatal plight “a short but distressing illness.” Morris appeared to have no regrets, however.

“Sixty-four years ago, it pleased the Almighty to call me into existence — here, on this spot, in this very room,” said Morris before dying. “And now shall I complain that he is pleased to call me hence?”

After learning about Gouverneur Morris, read about Prince Hall, the “Black Founding Father” history forgot. Then, learn about William Still, the “father” of the Underground Railroad.