The Story Of Rebecca Lee Crumpler, The First Black Woman To Become A Doctor In American History

In 1864, Rebecca Lee Crumpler made history when she earned her M.D. But her inspiring story was largely forgotten for over a century. 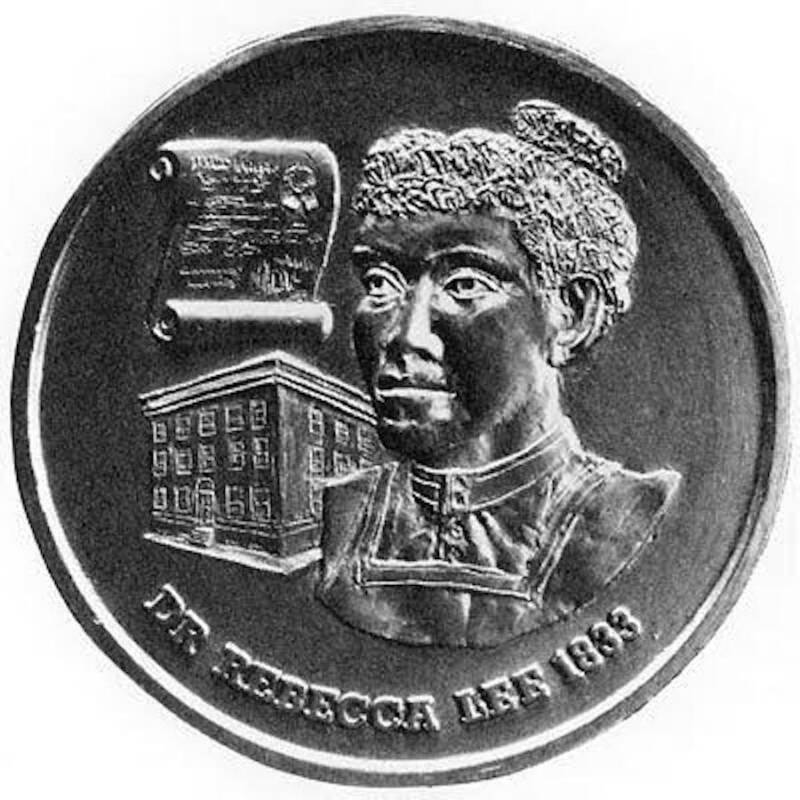 Public DomainThis depiction of Rebecca Lee Crumpler was reportedly created during Sun Oil Company’s involvement in the Charles Drew Award in the 1980s. But some doubt this is Crumpler’s “real” face, since no photos of her exist.

In 1860, more than 54,000 physicians lived in the United States. Only 300 of them were women. And of those female physicians, none were Black.

But Rebecca Lee Crumpler was about to change that. During that same year, she enrolled in medical school in Boston. And four years later, she became the first Black woman physician in American history.

Shortly after earning her medical degree, Crumpler briefly moved to the South to care for former slaves who had just been freed after the Civil War. Years later, Crumpler became one of the first African American physicians to publish a book on medicine. Though she faced intense racism and sexism along the way, she never gave up on her goals.

Sadly, however, Crumpler’s achievements were nearly forgotten for decades. But today, she is finally being celebrated as the trailblazer that she was.

Who Was Rebecca Lee Crumpler? 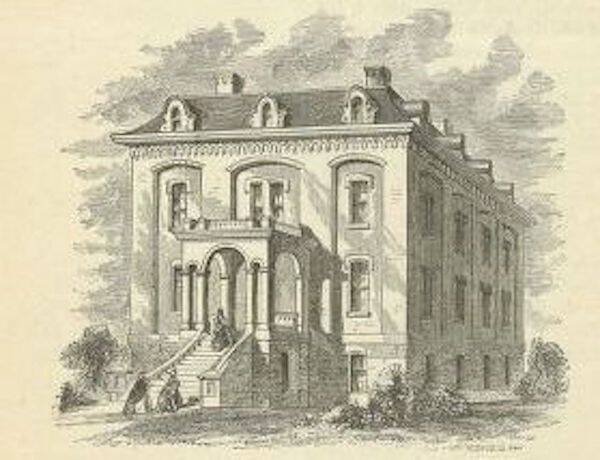 Born in Delaware in 1831, Rebecca Lee Crumpler grew up with an aunt “whose usefulness with the sick was continually sought,” as Crumpler later wrote. This is what attracted Crumpler to medicine in the first place, as she hoped to “relieve the suffering of others.”

As a girl, she attended private school as a “special student” at the West Newton English and Classical School in Massachusetts. In 1852, she began working as a nurse in Charlestown, Massachusetts.

After eight years, one of the physicians who worked with Crumpler said that she should consider medical school — and even offered to write a letter of recommendation for her. And so in 1860, Crumpler enrolled at the New England Female Medical College, the first medical school for female doctors in the United States.

Located in Boston, the New England Female Medical College originally only trained women in medical midwifery. Nineteenth-century male doctors believed that it was unseemly for men to attend childbirth. So they figured if women insisted on becoming doctors, they should specialize in obstetrics.

But by 1860, when Crumpler enrolled, the medical college had expanded to train women in all areas of medicine. Students took 17 weeks of courses in their first year, followed by an apprenticeship to gain hands-on skills.

In 1864, Rebecca Lee Crumpler earned her degree as a “Doctress of Medicine.” An abolitionist named Benjamin Wade paid Crumpler’s tuition, helping her become the first Black female doctor in the U.S. 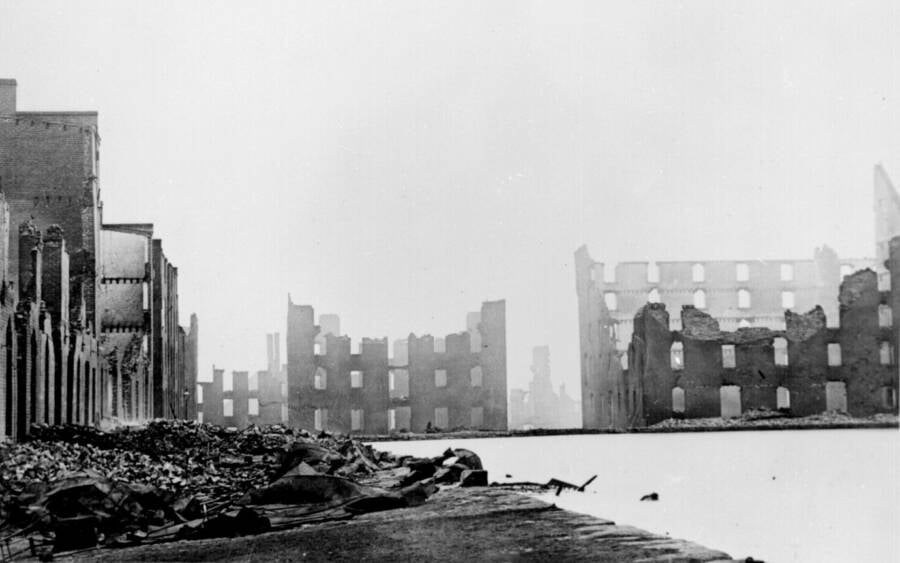 Mathew Brady/National ArchivesWhen Crumpler arrived in Richmond, the city was in ruins after Confederates attempted to burn it to the ground.

The end of the Civil War — and the abolition of slavery — increased the demand for doctors and nurses. This opened the field to Black men and women, who had traditionally been excluded from medicine in America.

Suddenly, millions of Black Americans who had limited access to medical care under slavery were free. But many of these newly freed people didn’t have the resources to pay for a visit to the doctor.

To come to their aid, Dr. Rebecca Lee Crumpler joined up with the Freedmen’s Bureau to care for newly emancipated slaves. After the end of the Civil War in 1865, she moved to Richmond, Virginia, the former capital of the Confederacy.

A federal agency, the Freedmen’s Bureau was tasked with helping some 4 million former slaves transition into life as free people. In Richmond alone, more than 30,000 Black Americans relied on the bureau for help. 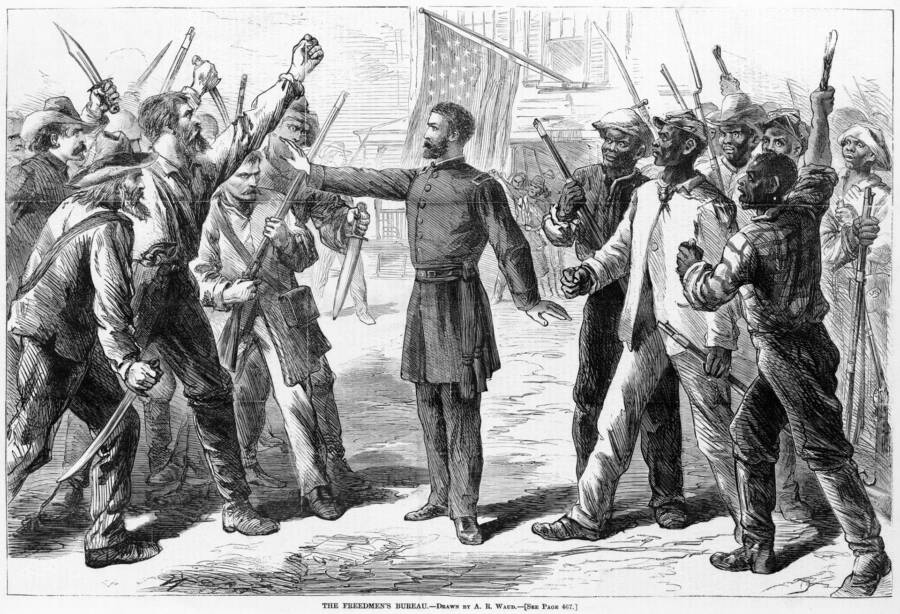 In the postwar South, Crumpler discovered “the proper field for real missionary work, and one that would present ample opportunities to become acquainted with the diseases of women and children.”

While white doctors might turn down poor Black patients, Crumpler helped any patient in need. Crumpler, of course, wasn’t immune to the same racism and sexism that her patients faced.

Male physicians often mocked Crumpler and she had to fight for treatments and prescriptions that her patients needed. Some even mockingly claimed that her M.D. stood for “Mule Driver.”

But Crumpler refused to give up, spending about four years treating Black patients in the South. She later described the experience as a way to “become acquainted with the diseases of women and children.” 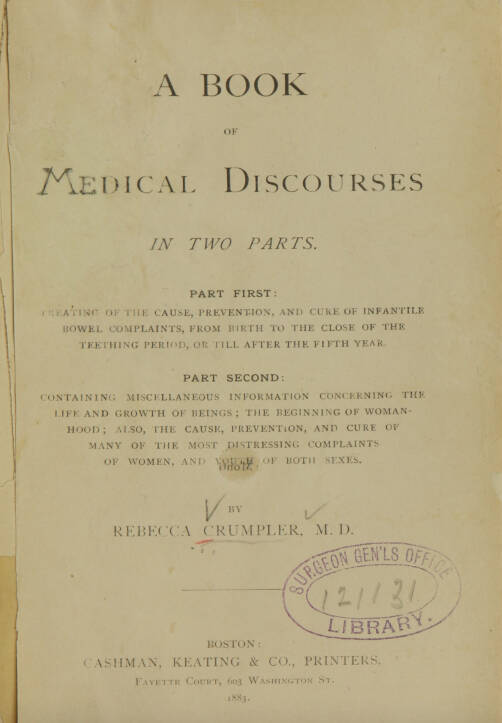 In 1869, after years in Richmond, Rebecca Lee Crumpler moved back to Boston. She set up her own practice and welcomed all patients, regardless of their ability to pay. She specialized in caring for women and children.

Several years later, in 1883, Crumpler published A Book of Medical Discourses in Two Parts. In the book, Crumpler shared years of knowledge in treating newborns, infants, and women of all ages.

The first part covered the care of infants, drawing on Crumpler’s years of experience. In one section, Crumpler explained the importance of nutrition for newborns, including the disasters of feeding a three-day-old “catnip tea.”

In the second part, Crumpler focused on the stages of development for women and common diseases affecting women and children.

Crumpler’s book broke barriers as one of the first medical texts published by an African American author. Crumpler dedicated the volume “to mothers, nurses, and all who may desire to mitigate the afflictions of the human race.”

An NBC news segment on Rebecca Lee Crumpler, who finally received a proper gravestone in 2020.

After her death at age 64 in 1895, Rebecca Lee Crumpler was largely forgotten. Buried in an unmarked grave at the Fairview Cemetery in Boston, few celebrated the trailblazing doctor or even knew she existed.

While Crumpler was the first Black woman doctor in the U.S., she was not the only Black woman to practice medicine during the late 19th century. In 1867, Dr. Rebecca Cole earned her degree. And in 1868, Howard University established the first historically Black medical school in the U.S.

Throughout most of the 20th century, many erroneously called Rebecca J. Cole the first Black woman physician in the U.S. — until further research proved that assumption wrong. 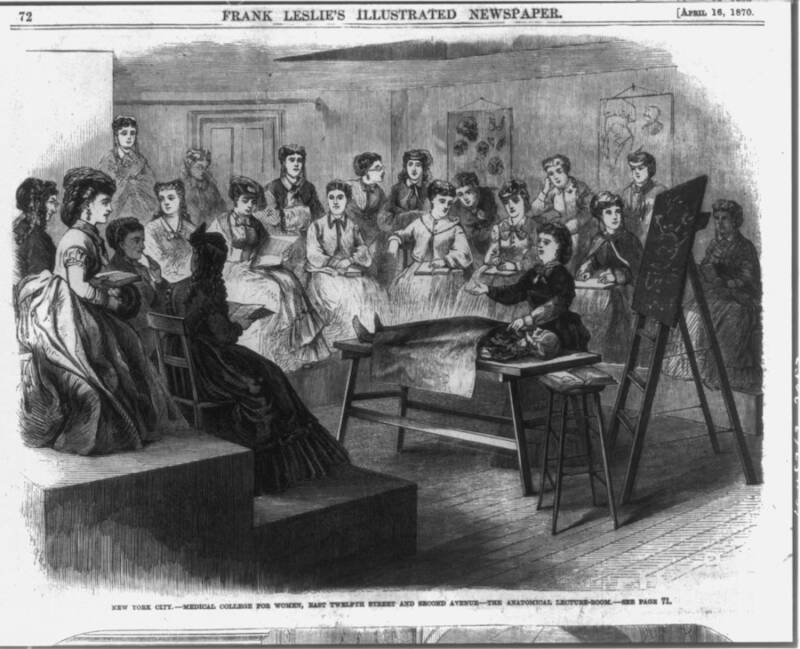 Unfortunately, no known photos exist of Crumpler — and search results often show the first Black nurse in the U.S., Mary Eliza Mahoney, instead of Crumpler. But Crumpler has never been totally forgotten.

The Rebecca Lee Society, founded in 1989, uses Crumpler’s name to underscore its goals as a medical society for Black women. And at some point during the 1980s, a depiction of Crumpler was created on a medal. This medal was reportedly produced during Sun Oil Company’s involvement in the Charles Drew Award (but some question whether the depiction on the medal truly shows Crumpler’s “real” face, given that no photos of her exist).

Additionally, Crumpler’s former home in Boston is now a stop on the Beacon Hill Walk, which is a designated historic district and a key part of the Boston Women’s Heritage Trail.

And in July 2020, Crumpler finally received a headstone recognizing her contribution to medicine thanks to a fundraiser dedicated to preserving her memory. The headstone lauds Crumpler for “her ceaseless courage, pioneering achievements and historical legacy as a physician, author, nurse, missionary and advocate for health equity and social justice.”

After learning about Rebecca Lee Crumpler, read about Susie King Taylor, the first Black Army nurse. Then, check out the story of Mary Church Terrell, one of the first Black women to earn a college degree.