"The idea of going to a museum and coming away having heard a voice from 3,000 years ago is the sort of thing people might well remember for a long time." 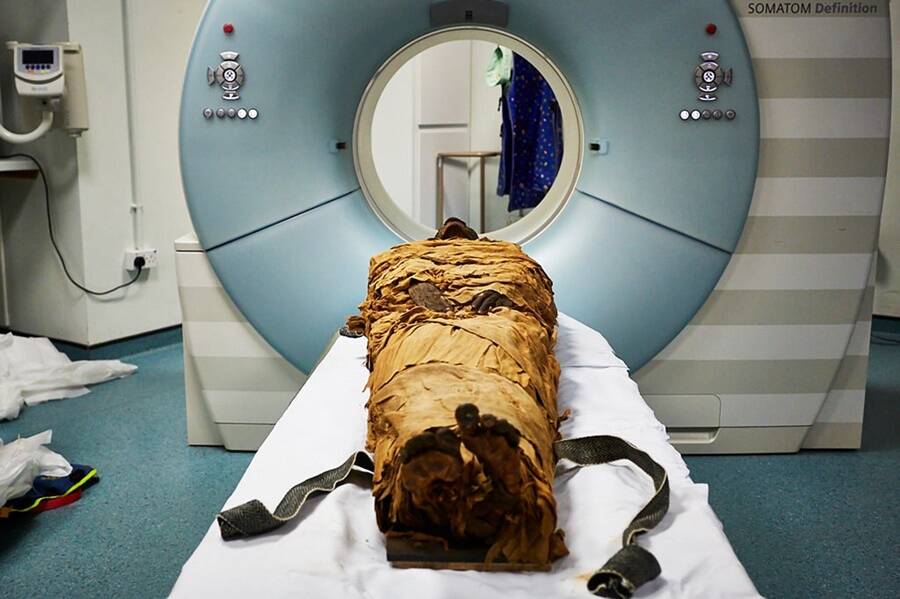 Leeds Teaching Hospitals/Leeds Museums and GalleriesScientists used a CT scan, 3D printer, and electronic larynx to recreate the voice of the 3,000-year-old mummy of Nesyamun.

Thanks to astonishing advances in 3D-printing technology, researchers have now been able to reconstruct the vocal tract of an ancient Egyptian mummy — allowing the world to hear his voice for the first time in 3,000 years.

As The New York Times reported, archaeologists resurrected the voice of an Egyptian priest named Nesyamun. He sang praises of worship at the Karnak temple in Thebes, reciting words to Egyptian gods like Nut, the ancient goddess of the sky and heavens.

When he died, his gift of melody was immortalized on his coffin with an inscription that read, “Nesyamun, true of voice.” But what exactly did Nesyamun’s voice sound like? Scientists were eager to find out.

According to a study recently published in Scientific Reports, a team of researchers in England detailed their amazing efforts to reconstruct Nesyamun’s voice after three millennia.

Their basic goal was to rebuild his vocal tract. Luckily, the singing priest’s mummification had kept his throat and mouth largely intact.

The sound of Nesyamun’s reconstructed voice.

“The actual mummification process was key here,” explained Joann Fletcher, an Egyptologist at England’s University of York and the paper’s co-author. “The superb quality of preservation achieved by the ancient embalmers meant that Nesyamun’s vocal tract is still in excellent shape.”

Using a CT scanner, the research team scanned the mummy to produce a 3D image of the inside of his throat. The images were then printed out using a 3D printer and combined with an electronic larynx to reconstruct “the sound that would come out of his vocal tract if he was in his coffin and his larynx came to life again,” David Howard, a speech scientist at Royal Holloway in London and another member of the research team, said.

The result is an incredible resurrection of Nesyamun’s vocal tract. So far, the high-tech replica has only produced one sound — an unclear drawl that scientists say resembles an “ah” or “eh”-sounding vowel. To some, the sound might not be too far from a cow’s moo.

“He certainly can’t speak at the moment,” Howard said. “But I think it’s perfectly plausible to suggest that one day it will be possible to produce words that are as close as we can make them to what he would have sounded like.”

The short audio clip might be anti-climatic — or even eerie depending on your perspective — but nevertheless, the reconstruction of a voice belonging to a person who lived thousands of years ago has never been done before in this particular way.

In 2016, a team of Italian researchers reconstructed the voice of Ötzi the Iceman, a caveman who lived 5,300 years ago and whose remains were discovered frozen in the Alps. Similar to Nesyamun’s case, researchers were only able to create a fairly close reconstruction of Ötzi’s vocal tract to produce a few vowel sounds.

The reconstruction of Nesyamun’s voice is a significant first step toward recreating his full sonic vocabulary and allowing him to fully “speak” once more.

Further down the line, the team hopes to be able to modify the computer software to predict speech elements, such as his tongue size and movement and the position of his jaw, so that they might create an accurate replica of his speech patterns. 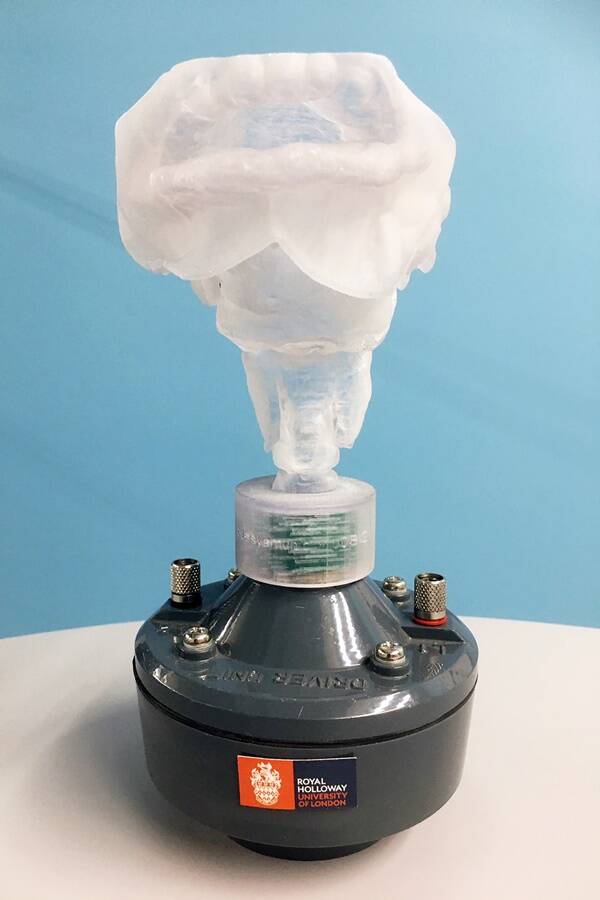 David Howard/University of LondonThe reconstruction of Nesyamun’s vocal tract made with a 3D printer.

“You can take that to its natural conclusion,” said Katherine Baxter, curator of archaeology at the Leeds City Museum and another co-author on the paper. “Could we make Nesyamun actually speak his original words as written on his coffin?”

But with the scientific breakthrough of bringing Nesyamun’s voice back to life — and ultimately having him say perhaps whatever you want — comes the question of ethics.

“When you’re taking a human being and using so much inference about what they looked or sounded like, it can be done with an agenda that you might not even be aware of,” Egyptologist Kara Cooney of the University of California (who was not involved in the study) noted.

According to archaeologists who have examined Nesyamun’s mummy up close, the ancient priest likely died in his 50s. The cause of his death was originally speculated to be strangulation but was later suggested to be from an allergic reaction, possibly from an insect sting on his tongue. That might explain why the mummy’s tongue was sticking out with no damage to his neck.

We might never know what caused the priest’s demise 3,000 years ago, but we might someday hear him speak.

Next, take a look at 29 reconstructed faces of ancient people from the Neanderthals to Jesus and listen to the only known recording of Frida Kahlo’s voice, uncovered 60 years after her death.