According to government officials and agencies, the peculiar red sky over Indonesia's Jambi province was a result of the country's severe forest fires. 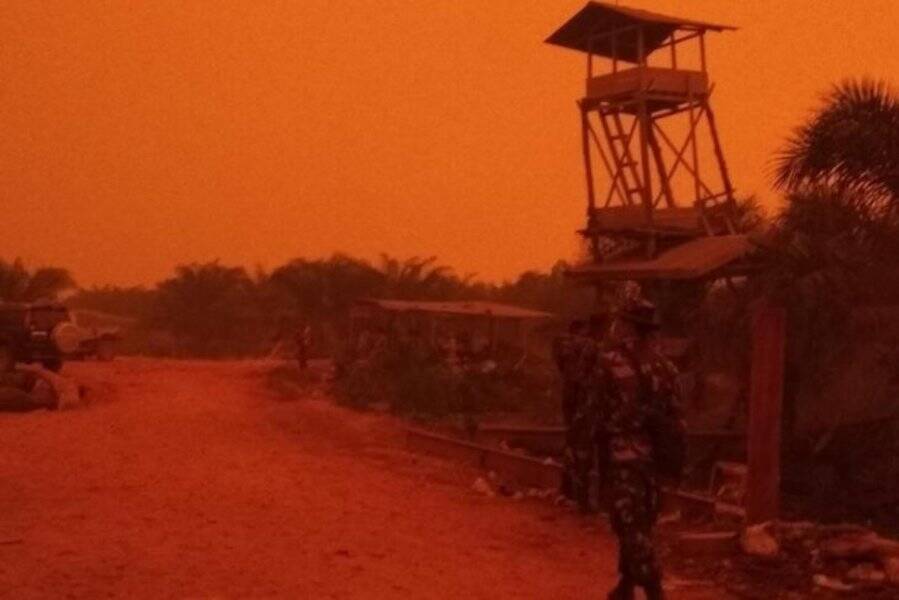 It’s not an Instagram filter, nor is footage beamed over from the Mars rover. In fact, the jaw-dropping images are from Indonesia’s Jambi province, where a blood red sky recently loomed over the landscape.

According to government officials, the heavy red haze was the result of forest fires, which have been burning for weeks. But on Sunday, the visual consequences of the fires went viral as stunned residents began recording and snapping photos of the red sky and posting them online.

“This is not Mars. This is Jambi,” said Twitter user Zuni Shofi Yatun Nisa. “We humans need clean air, not smoke.”

Indonesia’s National Board for Disaster Management has ascribed the eerie phenomenon to “Rayleigh Scattering.”

“Rayleigh Scattering happens when sunlight is dispersed by smoke, dust or airborne particles that filter shorter wavelengths and release longer wavelengths that are in the orange or red spectrum, making the area appear to be dim and red,” Indonesian astronomer Marufin Sudibyo explained to Malaysian news outlet Sinar Harian.

Sudibyo added that the event, though slightly menacing, does not pose any harm to residents’ eyesight and was not caused by extreme rising temperatures as some non-expert observers suggested.

The country’s Meteorology, Climatology, and Geophysics Agency (BMKG) stated that the concentration of pollutant particles sized less than 10 micrometers was very high in surrounding area of Jambi, Palembang, and Pekanbaru.

Yet Jambi was the only area where the sky had turned red. This indicates that the air in Jambi had a higher concentration of pollutant particles, resulting in the red sky phenomenon.

While some spectators may be in awe of the Mars-like sky, health concerns over the effects of the haze have cropped up among residents.

“This is not Mars. This is Jambi,” one resident who shared a video of the eerie red haze on Twitter lamented. “We humans need clean air, not smoke.”

Before the red haze appeared, the pollution from the forest fires had already worsened in the surrounding cities of the Sumatra and Kalimantan islands, where most of the fires have been raging.

Director of Land and Forest Fire Raffles Brotestes Panjaitan has since declared emergency status for the Central Kalimantan province. Other provinces impacted by the intense haze from the wildfires are Riau, South Sumatera, West Kalimantan, and South Kalimantan. They’re expected to declare emergency status, too, if the fires persist.

The red sky in the province of Jambi has environmentalists worried. To them, Indonesia’s forest fires are another indication of extreme climate change. 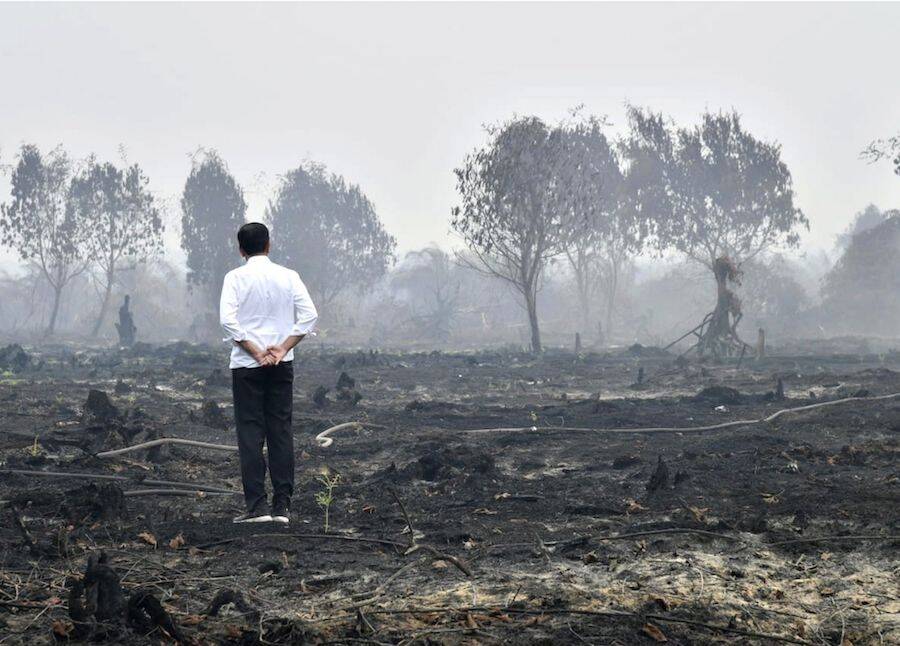 Indonesia’s forest fires happen almost annually, usually peaking during the dry season between July and October. Some 800,000 acres of Indonesia have burned so far this year, according to data from Indonesia’s national disaster agency.

While some of these blazes are natural wildfires, many of them are manmade, due to the illegal “slash-and-burn” technique still used by big corporations and small-scale farmers to clear out forests and wetlands for farming. The wetlands, or peatlands, are incredibly rich in carbon, and thus stay ablaze for weeks on end.

The Indonesian government is still struggling to eradicate illegal forest fires in the country. Its national police announced 185 people have been arrested in relation to the fires this year. Those convicted of charges could face a fine up to 10 billion rupiah, or $700,000, and up to 10 years of jail time.

In the meantime, phenomenons like the red sky over Jambi may continue, serving as a stark visual reminder of the costs of destroying our natural landscapes.

Next, read how humans at Concordia station in Antarctica are preparing for life on the red planet and explore the ancient Chinese stone forest of Shilin.