At the end of World War II, the U.S. opened camps of its own, where perhaps a million German prisoners died in secret. 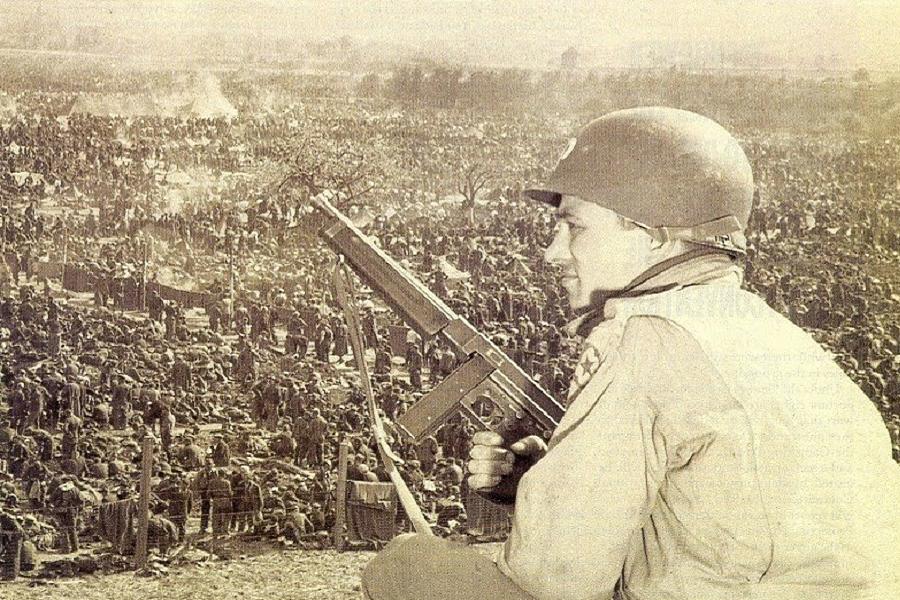 Wikimedia CommonsA U.S. soldier at Camp Remagen, one of the Rheinwiesenlager camps, guarding thousands of German soldiers captured in the Ruhr area in April 1945.

Every schoolchild knows that the German side in World War II falsely imprisoned millions of noncombatants in a constellation of concentration camps scattered across the Nazi sphere of influence in Europe. Conditions in these camps were inhumane, to say the least, fraught with starvation, disease, and deliberate murder stalking every inmate for the months or years they spent interned.

What has largely escaped the victors’ history books, however, is that another program of internment and mass murder was put together at the end of the war by Allied forces, who took in millions of German prisoners in the summer of 1945 and deliberately starved as many as one in four of them to death, according to the highest estimates.

The story of the Rheinwiesenlager, or “Rhine Camps,” was then covered up and obfuscated by professional historians for decades after the war while the survivors grew old and the prisoner records were destroyed. 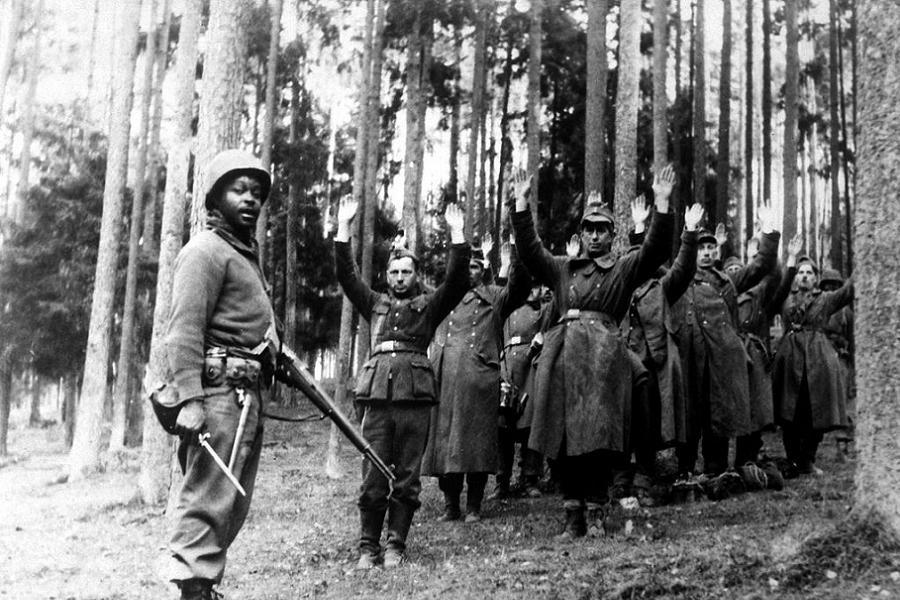 In the spring of 1945, the handwriting was on the wall for Germany. Millions of Allied troops poured into the Rhineland from the west, while the German SS and Wehrmacht forces staged desperate last stand actions in Vienna and Berlin to slow the Soviet Red Army’s advance in the east.

During this collapse, as German General Jodl stalled ceasefire negotiations to buy time, as many as three million German soldiers disengaged from the Eastern Front and trekked across Germany to surrender to American or British troops, whom they hoped would be less vengeful than the triumphant Soviets.

The German influx quickly grew so large that the British stopped accepting prisoners, citing logistical problems. Sensing that the Germans were turning themselves in en masse simply to delay an official, inevitable total German surrender, U.S. General Eisenhower then threatened to order his troops to shoot the surrendering German soldiers on sight, which forced Jodl to formally surrender on May 8.

The prisoners kept streaming in, however, and they all needed to be processed before the U.S. Army decided their fate.

The Army then hit on a solution for coping with large numbers of undesirable people that was similar to the one that the Germans had used in Poland: commandeer large stretches of farmland and wrap barbed wire around the prisoners until something could be sorted out.

Dozens of large holding camps thus sprang up in western Germany during the late spring of 1945, and by early summer, German prisoners of war still wearing their worn-out uniforms began to fill them.

Army officers skimmed off suspicious-looking prisoners, such as SS personnel and men with blood group tattoos on their arms (often a sign of SS membership) and sent them to intelligence officers and war crimes investigators for special scrutiny.

Meanwhile, officers allowed rank-and-file members of the Wehrmacht, Luftwaffe, and Kriegsmarine to simply pick a spot on the ground and sit down until somebody up the chain decided they could go home. Or so they thought.