A New Status For Prisoners 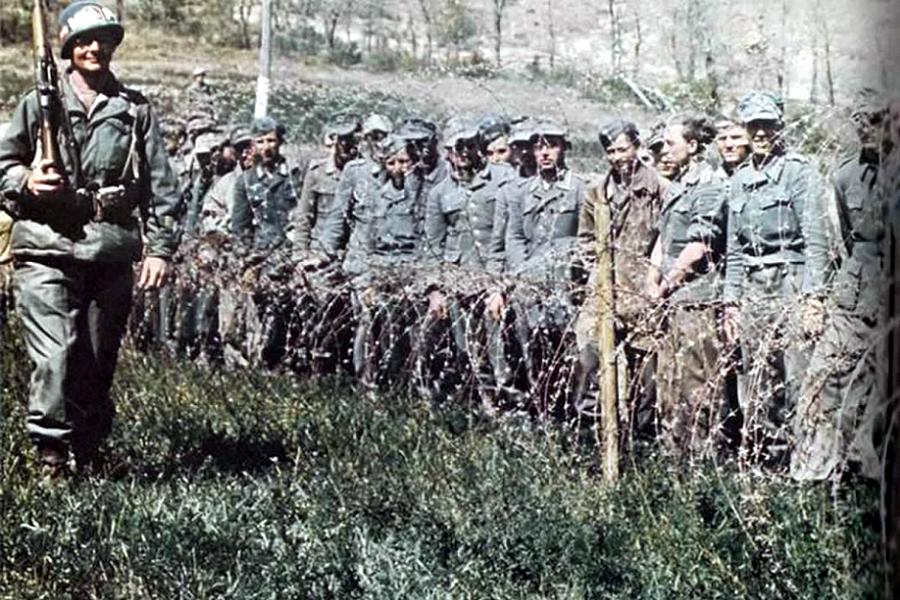 The Geneva Convention and the 1907 Hague Convention strictly regulate the treatment of wartime prisoners. Captured enemy soldiers cannot be tortured or executed if they were wearing their country’s uniform when caught. They cannot be put on display or publicly humiliated, nor can they be overworked or punished for no reason.

The conventions are stringent about their provisions: Every single POW must be fed and housed up to a standard equal to what their guards get, for example. And if it is impractical to heat the prisoners’ barracks, for instance, the conventions’ rules say that the camp personnel should not have heated barracks, either.

Almost uniquely for WWII powers, the American Army took these rules seriously and even, at one POW camp, made its own guards sleep in bedrolls on the ground for the three days it took to build prisoner barracks, though their cabins were already finished.

This American reputation for fairness drew millions of defeated Germans to the Western Front in the first place, and probably shortened the war somewhat as the fighting men chose captivity over suicide in battle.

What none of the surrendering Germans knew was that General Eisenhower, in consultation with British Prime Minister Winston Churchill and President Franklin Roosevelt in 1943, had already decided to use the inevitable German weakness following defeat to permanently cripple that country’s ability to wage war.

As early as 1943, at the Tehran Conference, Roosevelt and Stalin had famously toasted to the shooting of 50,000 German officers after the war. They may or may not have been serious, but early in 1944, Eisenhower appointed a special assistant named Everett Hughes to handle the details of the surrender. That summer, a postwar plan devised by Treasury Secretary Henry Morgenthau, Jr. was initialed (and presumably approved) by both Roosevelt and Churchill.

The Morgenthau Plan, as it came to be known, was beyond punitive: Germany was to be divided into occupation zones, its industry destroyed, crushing reparations imposed, and large sections of its population forcibly resettled to wipe out the German capacity for war once and for all.

It was, by modern standards, practically a blueprint for national genocide insofar as millions of Germans would have to starve or relocate to make it work.

Everett Hughes was all in favor of the Morgenthau Plan, but after the PR disaster that followed the October release of some of the details, he was cautious. On November 4, Hughes sent a memo to Eisenhower urging him to classify details of prisoners’ rations as top secret. Eisenhower agreed.