Careful monitoring of all international cargo is an integral part of South Africa's war against illegal rhino poaching. 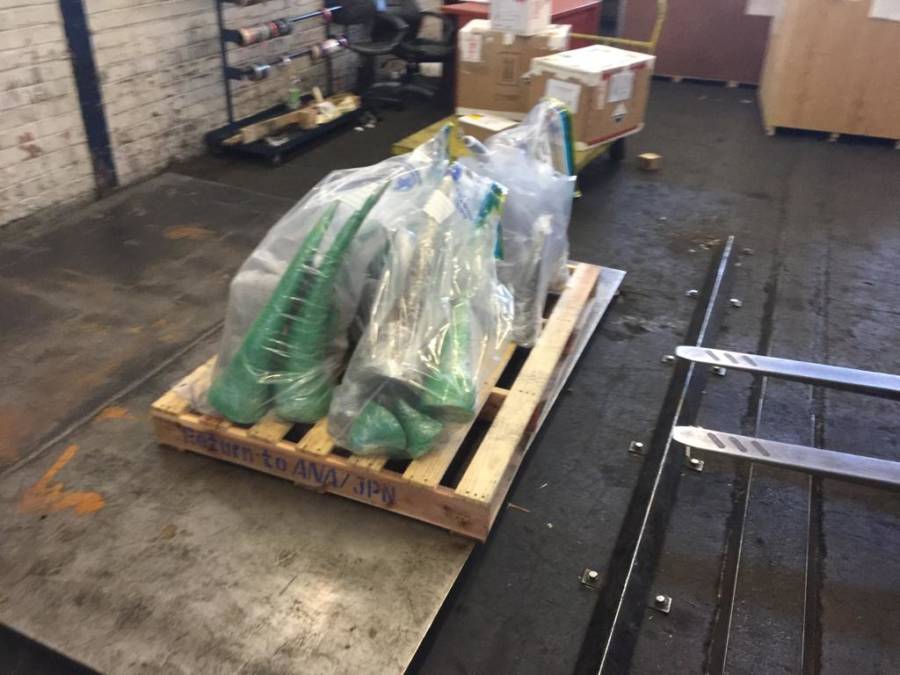 Twitter/South African Police ServiceThis is what $1.3 million in smuggled rhino horn looks like.

Police seized $1.3 million worth of illegally poached rhino horn bound for Dubai from the OR Tambo International Airport in Johannesburg last week with the help of a K-9 unit.

The haul was discovered amongst eight bubble-wrapped boxes labeled as “decorative items.” The shipments, discovered in a warehouse at the cargo section of the airport, contained carpets and plywood. But beneath the wood were over 30 pieces of rhino horn wrapped in plastic.

#sapsHQ Over 30 pieces of rhino horns worth an estimated R23 million seized at the #ORTIA this morning during an on-going operation into ridding the airport of criminal activities. NP https://t.co/Crn60yp7hS pic.twitter.com/c1Gg3hZPYC

Credit has been given to detector dog Lizzy, whose K-9 unit is a part of the country’s effort to thwart poaching, smuggling, and illegal trade of animals.

South Africa is believed to be home to 80 percent of the world’s rhino population, making it the center of the poaching conflict where rhino horns are then sold mostly in Asia as a cure for cancer or a virility boost. These claims, however, are not backed by scientific or medical evidence — the rhino horn is basically just a giant fingernail, composed mainly of keratin, which is the same substance found in our nails. 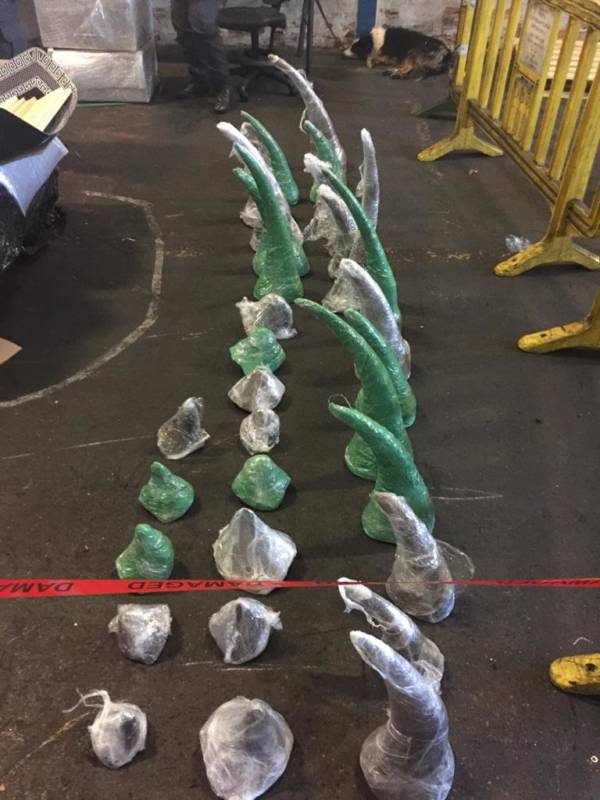 Twitter/South African Police ServiceConservation groups are optimistic about the number of poached rhinos decreasing over time.

Katlego Mogale of the South Africa police reported that: “We’re trying as the multi-disciplinary team at OR Tambo to try and do our part in relation to rhino poaching.”

Which is no easy task for the airport, considering that Tambo’s air freight services see approximately an average of 390,000 tons of air cargo a year. It is imperative then that the airport ensure all security measures are being met in order to attend to this large number of shipments. The police will have to go back over all their usual security processes in order to discern how the rhino horn went undetected.

From 2007 to 2014, South Africa experienced a rise in rhino poaching of over 9,000 percent. Further, the country lost 1,028 rhinos to poaching in 2017 alone, making the security and investigative efforts of the police at the airports an integral step in stopping the illegal trade of rhinoceros body parts.

Next up, read about how rhino poaching specifically affects baby rhinos in this story of an infant orphaned after his mother was killed for her horns. Then, read about another hopeful seizure of $5 million worth in rhino horn from Thailand.