To his family and neighbors, Richard Kuklinski was the all-American man. To the mafia and his victims, he was the "devil himself" known as the Iceman killer.

“Do you liken yourself to an assassin?” an interviewer once asked “The Iceman” Richard Kuklinski.

“Assassin? It sounds so exotic,” the hitman replied with a hint of amusement and a small smile. Then his face turned serious. “I was just a murderer.”

“Just” was an understatement.

Richard Kuklinski, better known as “The Iceman,” was convicted of murdering six people, but he claimed to have killed hundreds — and the prosecutors didn’t doubt it.

The Making Of The Mob’s Most Famous Murderer 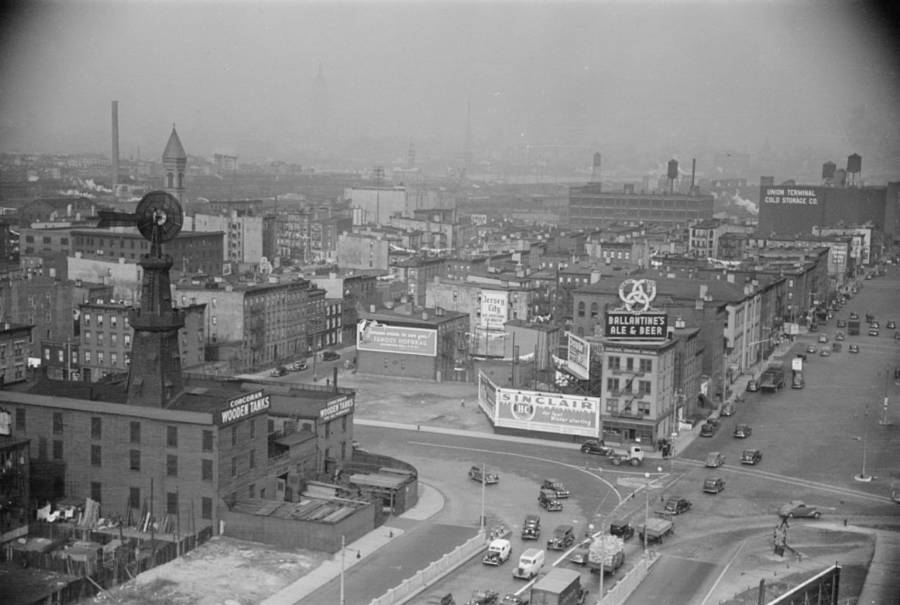 Richard Kuklinski was born on April 11, 1935, in Jersey City to an aggressive alcoholic father and a stern religious mother, both of whom beat him regularly. His father’s beatings were so rough that they killed Kuklinski’s older brother, who authorities were told fell down the stairs.

Kuklinski took the violence he received and gave it back to the world. He tortured and killed neighborhood cats and stray dogs.

In the eighth grade, he dropped out of school, and that same year, at the age of 14, he beat the town bully to death.

The young misanthrope turned into a giant of a man, growing to be six feet, five inches tall and weighing almost 300 pounds.

Then, in the 1950s, Richard Kuklinski got involved with the mafia.

He ended up indebted to mob soldato Roy DeMeo, and when DeMeo sent men to beat him into coughing up his cash, Kuklinski’s stoic acceptance of the thrashing impressed the hardened Mafia man, who brought him on as an associate — after he paid up.

He became an all-purpose criminal, trafficking illegal pornography, staging robberies, and beating those who the mob felt needed a warning.

His knack for handling sticky situations and his ability to consistently pull in cash for the DeMeo crew earned him their respect. In time, it brought him to the attention of the Gambino crime family, of which DeMeo was a member.

Kuklinski wasn’t a professional killer at the time — only a recreational one. But that was all about to change. 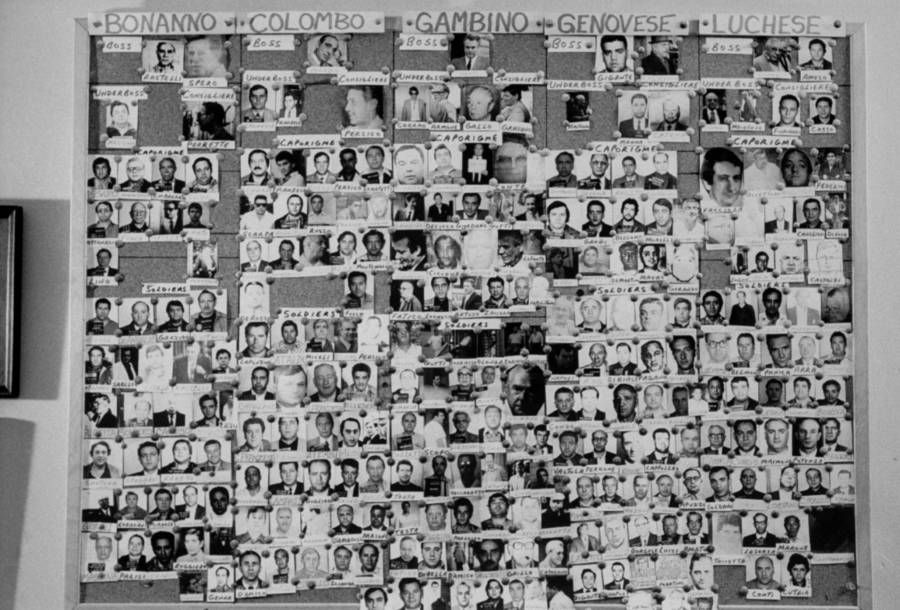 Kuklinski’s reputation eventually spread to the elite of the organized crime world, particularly the notorious DeCavalcante family, who hired him for his first major gang killing.

He approached his new position with professional zeal, taking on extracurricular killings for research — and to satisfy his own craving for murder.

In 1954, he began to make periodic trips from New Jersey to New York City, prowling the Upper West Side of Manhattan for victims. Often his targets were people who annoyed him, someone he felt had slighted him in some small way. Other times he killed at random, just for the sake of killing.

His methods were as variable as his victim selection; he shot, stabbed, strangled, poisoned, or bludgeoned according to his mood. His weapon selection shifted constantly — a decision that prevented the police from suspecting the rash of deaths in the area were the work of one man. He used everything from ice picks and bare knuckles to hand grenades.

According to a statement Richard Kuklinski once made, a nasal-spray bottle filled with cyanide was his favorite.

Kuklinski continued to carry out assignments for DeMeo and the Gambinos, and his willingness to murder without hesitation disturbed even his criminal colleagues, who began to refer to him as the “devil himself.”

He had only two rules: no women and no children. Beyond that, anything was fair game.

On one occasion, Richard Kuklinski recalled preparing to kill a man who was begging and praying for his life. Kuklinski told the man he could have 30 minutes to pray to God to see if God would come and intervene.

It was one of the only times Kuklinski ever expressed remorse for his actions.

How Richard Kuklinski Became A Master At Avoiding Detection 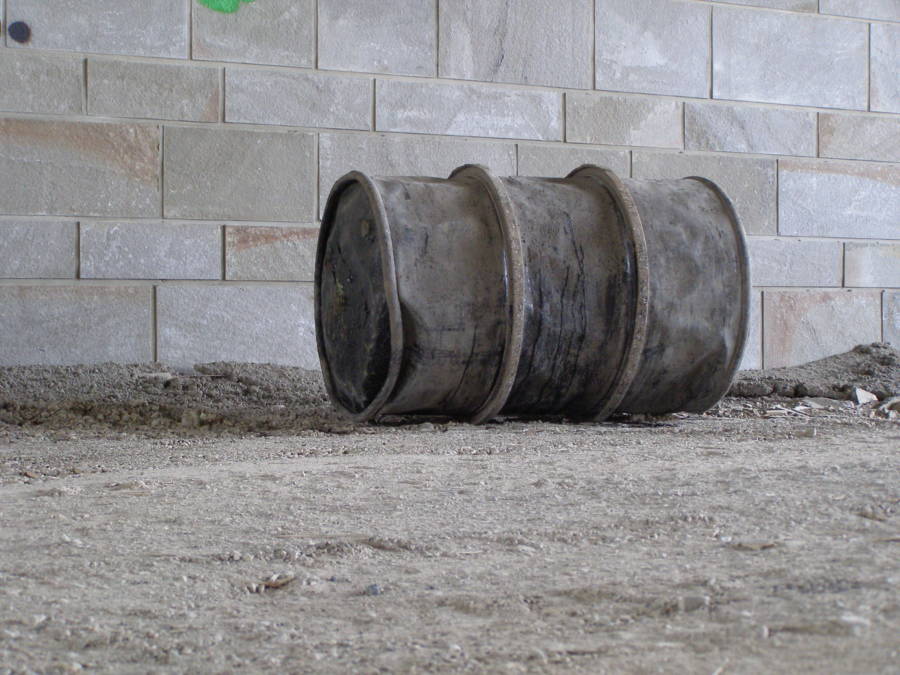 Kuklinski was particularly clever when it came to avoiding the authorities. He often removed the fingers and teeth of his victims to prevent their identification. He melted bodies in oil drums or left them in the back of junkyard cars to be crushed. Sometimes he’d throw them in the Hudson River or dispose of them in mine shafts.

His favorite trick was leaving his victims’ bodies in industrial freezers, then dumping them months or years later. When the police found them, the deceased would appear recently killed — and Kuklinski would never be suspected.

The technique earned Kuklinski his nickname: the Iceman.

At the time, the police thought it was homeless people attacking and killing each other. They didn’t suspect that there was a ruthless killer from New Jersey coming into the city to murder at random.

Even Kuklinski’s family never suspected what was going on.

In 1961, he married his wife, Barbara. She didn’t know that by the time they met, the man who doubled as the Iceman killer had allegedly already committed about 65 murders. The pair had three children together, and to their suburban New Jersey neighbors, they were the ideal all-American family. 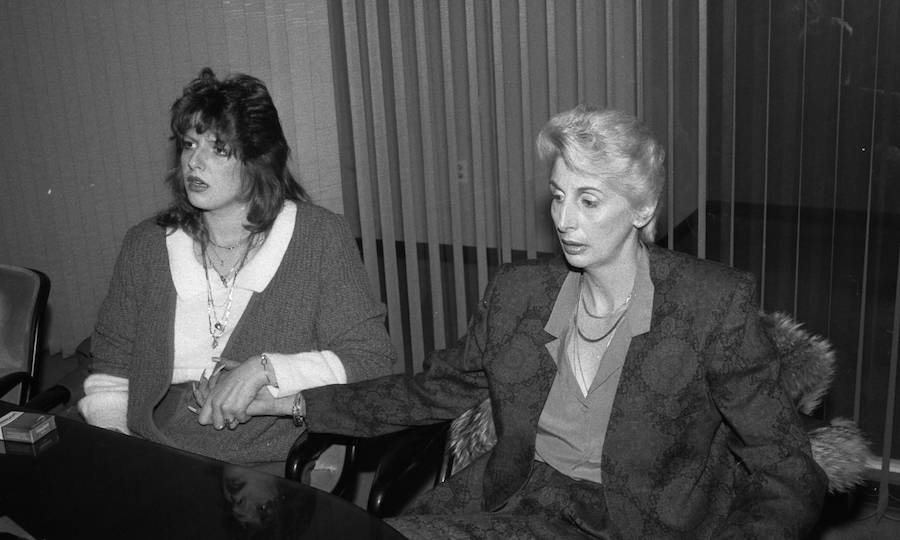 They lived an affluent life. The children attended expensive private schools, and the family hosted barbecues in their backyard by the pool and took trips to Disneyland over the holidays. Kuklinski was an usher every Sunday at Mass.

When the police finally caught up with him, Barbara had no idea what her husband had done to break the law.

She did know, however, that he had a temper. Richard Kuklinski had bad days, and when he was out of sorts, he was abusive, beating Barbara badly enough to break her nose on one occasion. He always left bruises.

“I used to call it anger — it was way beyond anger. He was sick,” she would later say. Still, she claimed that she never suspected he was a killer. “I’ll be the first one to say, maybe I was naive, because I never saw anything like that, my family never did anything like that.”

For 25 years, Richard Kuklinski kept up the family-man facade by thoroughly compartmentalizing his life. He didn’t tell the criminals he worked with anything about his personal life, his family, or where he lived; he never socialized outside of work.

He stayed away from drugs and prostitutes, and he never bought what the mob was selling — he was an employee, not a client.

But in the 1980s, after 25 years of working as a hitman for the mafia, Kuklinski started his own crime ring — and he began to make mistakes.

His undoing was Phil Solimene, a local Mafia man and the closest thing Kuklinski had to a friend. Solimene helped the ATF in a sting operation and presented ATF agent Dominick Polifrone to Kuklinski as a prospective client.

Polifrone came to Kuklinski with a job, then recorded Kuklinski’s promise to murder in exchange for money.

It was the end of the road for the Iceman. 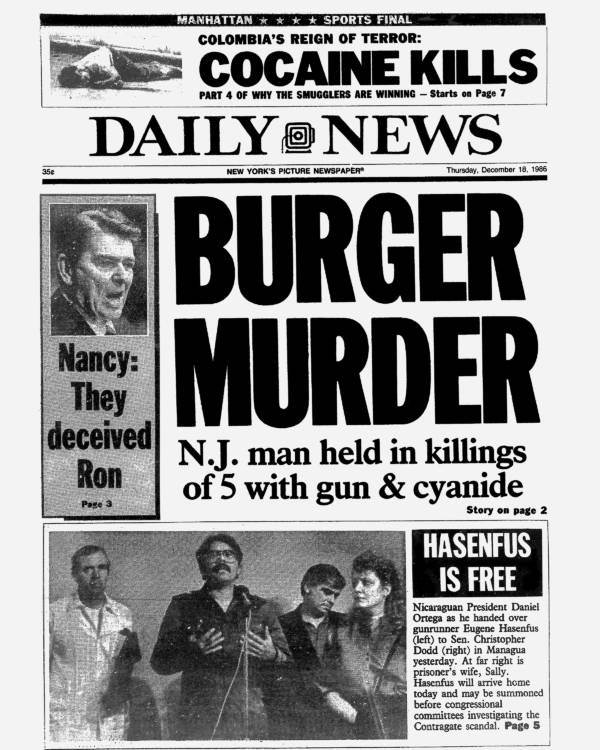 One day in 1986, unmarked cars surrounded Richard and Barbara Kuklinski on their way to breakfast. The cops pointed guns at their heads. Pat Kane, the lead investigator, approached a distraught Barbara in the midst of her confusion and said plainly, “He’s a murderer.”

He was charged with five murders the following day and in 1988 was found guilty of four of them. He was later convicted of two more and given consecutive life sentences.

Detective Pat Kane believed he killed as many as 300 men, saying, “He killed who he wanted, whenever he wanted.”

After his arrest, Kuklinski wasn’t shy. He gave interviews to prosecutors, psychiatrists, reporters, criminologists, and newscasters — anyone who wanted to talk to him.

“It was a man and he was begging, and pleading, and praying, I guess. And he was ‘Please, God’n all over the place. So I told him he could have a half an hour to pray to God, and if God could come down and change the circumstances, he’d have that time. But God never showed up and he never changed the circumstances and that was that. It wasn’t too nice.”

He participated in two documentaries about his life and spoke candidly about the things he did and why. He claimed to have killed the notoriously corrupt Jimmy Hoffa, for which he was paid $40,000. 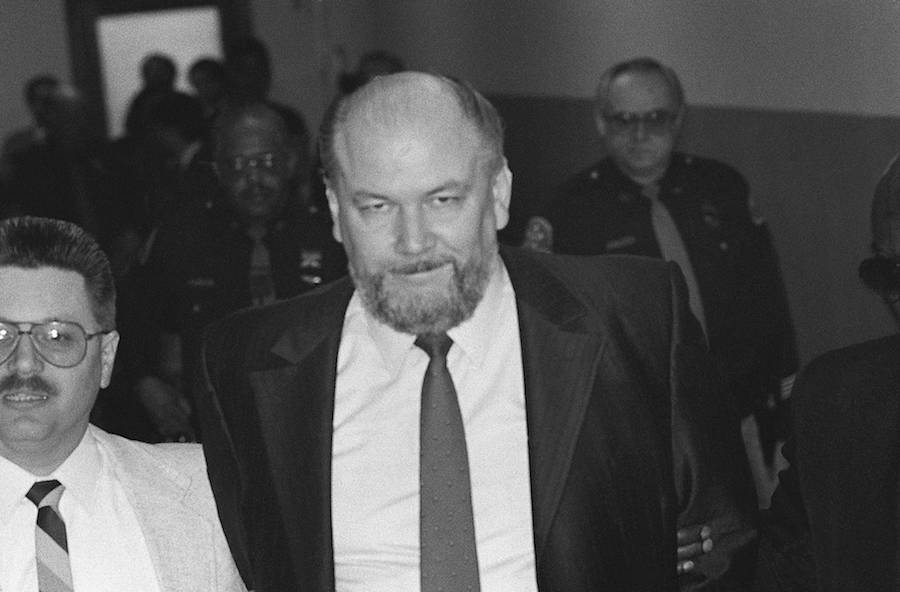 In a TV interview from prison, he said, “I’ve never felt sorry for anything I’ve done. Other than hurting my family. I do want my family to forgive me.”

After 25 years in prison, Kuklinski’s health started deteriorating. In 2005, he was diagnosed with incurable inflammation of the blood vessels and eventually transferred to the hospital, where Barbara would go to see him one last time.

In and out of consciousness, in a moment of clarity, Kuklinski asked doctors to revive him if he should flatline.

But on her way out, Barbara signed a Do-Not-Resuscitate form. A week before he died, they called her to see if she had changed her mind. She hadn’t.

If you enjoyed this story about Richard Kuklinski, the Iceman killer, be sure to read about the real-life mobsters behind Goodfellas. Then check out these photos that capture life in the 1980s mafia.