After Richard Lee McNair mailed himself out, perhaps the most astounding part of his escape was still yet to come.

Although Richard Lee McNair is a convicted murderer, it’s his extraordinary ability to escape from prison that has made him more notorious than the actual crimes that put him there.

Richard Lee McNair escaped from prison three times, which is an impressive feat in itself. But it was his third escape in 2006 that required the kind of creativity and innovation that you very seldom see.

And by all accounts, McNair showed that kind of creativity right from the get-go. Born in Oklahoma on December 19, 1958, he was the son of a reserve police officer and was quickly described as keenly intelligent. His brother said, “He is about the smartest person I’ve ever met,” adding, “He was a good guy that I always admired — until he made bad choices.” 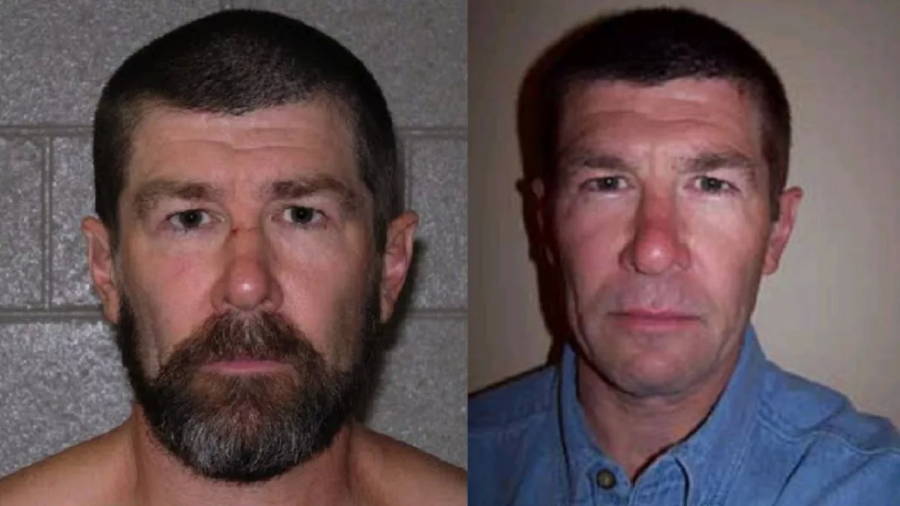 On the night of November 17, 1987, in Minot, North Dakota, McNair broke into a building that stored grain with the intention of robbing it. The burglary was botched though when two men startled him. One of the men was truck driver Jerome Theis, who McNair shot and killed. He also shot at the second man but he managed to survive.

After the police brought McNair in for questioning, he surrendered a concealed handgun and it didn’t take long before he was sentenced to hard time. He was given two life sentences for murder and attempted murder, on top of a 30-year sentence for burglary.

This was when Richard Lee McNair switched from a life of crime to a life of prison escapes.

McNair’s first escape was a relatively modest affair. It came just after his initial arrest, at the Minot police station in February 1988. McNair was in a room with three detectives, handcuffed to a chair. In his pocket was a tube of lip balm. McNair managed to use the lip balm as a lubricant, greasing his hands enough so that he could slip out of the handcuffs when the detectives left him alone.

The escape resulted in a foot chase, with Richard Lee McNair leading the cops around town. He ran into a building, where the cops pursued up a few flights of stairs to the building’s third floor. Once surrounded, he jumped. McNair landed on the ground and injured his back, making it much easier for cops to detain him.

But that was just a warm-up for his next escape.

In October 1992, Richard Lee McNair was serving his time at the North Dakota State Penitentiary when, along with two fellow inmates, he slipped out through a ventilation duct. He managed to remain a fugitive for longer this time, not being recaptured until July 1993 in Grand Island, Neb.

McNair was then shipped to a maximum-security federal prison in Louisiana. This was where he would perform his tour de force of escapes.

At the Louisiana prison, McNair’s job was to repair torn mailbags so that they could be shipped out to post offices for use. This was where he planned his great escape, which took place on April 5, 2006.

He constructed a kind of escape pod out of the materials available to him, outfitted it with a breathing tube, hid it under a pile of mailbags on a pallet, and got inside of it. McNair hid there until a forklift carried the pallet (which was shrink-wrapped) to a nearby warehouse outside the confines of the prison.

When the warehouse staff left for lunch, Richard Lee McNair cut himself out and walked to freedom. But perhaps the most astounding part of his escape was still to come.

Just after the escape, a police officer saw McNair jogging near railroad tracks in Ball, La. and, knowing that there had been a prison escape nearby, stopped him. The officer’s dashboard camera captured the whole exchange:

Despite not having any identification on him and matching the description of the escapee that the officer had received before stopping him, Richard Lee McNair was able to talk his way out of it. He told the officer his name was “Robert Jones” and that he was just a man out for a jog. When he slipped and said his name was “Jimmy Jones” a few minutes later, the officer didn’t notice.

“You know the bad thing about it, you’re matching up to him,” the officer said, referring to the description of the escapee.

The officer advised him to carry some ID next time and the two shared a laugh before the officer said “Be careful buddy” and McNair jogged on to freedom.

Clearly, Richard Lee McNair was, as his brother said, a truly smart and clever guy. And the authorities had to agree.

While on the run for the third time, McNair found time to send Schuetzle a Christmas card.

Richard Lee McNair managed to remain free for a year and a half. He was caught 100 miles north of the border in Campbellton, New Brunswick driving a stolen truck on October 24, 2007 by the Royal Canadian Mounted Police.

In what must have been no surprise, McNair tried to make a run for it once more, but a policeman tackled him to the ground.

It’s the most secure prison in the United States and Richard Lee McNair has surely earned his place inside.

After this look at Richard Lee McNair, step inside the worst prisons on Earth. Then, see what life was like in the depths of the infamous Alcatraz prison.