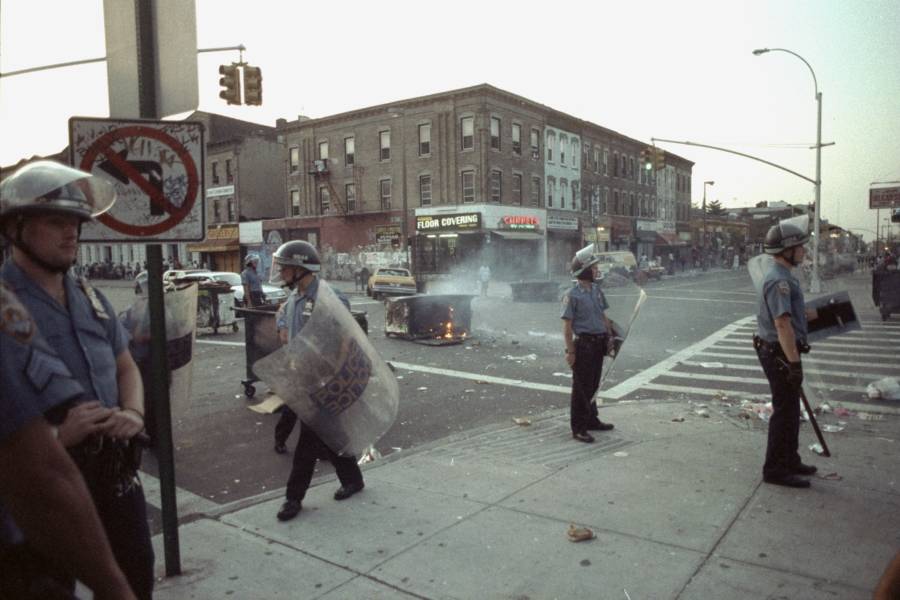 John Roca/NY Daily News Archive via Getty ImagesPolice stand at the ready at approximately 237 Utica Avenue while debris burns in the street during the Crown Heights Riot. 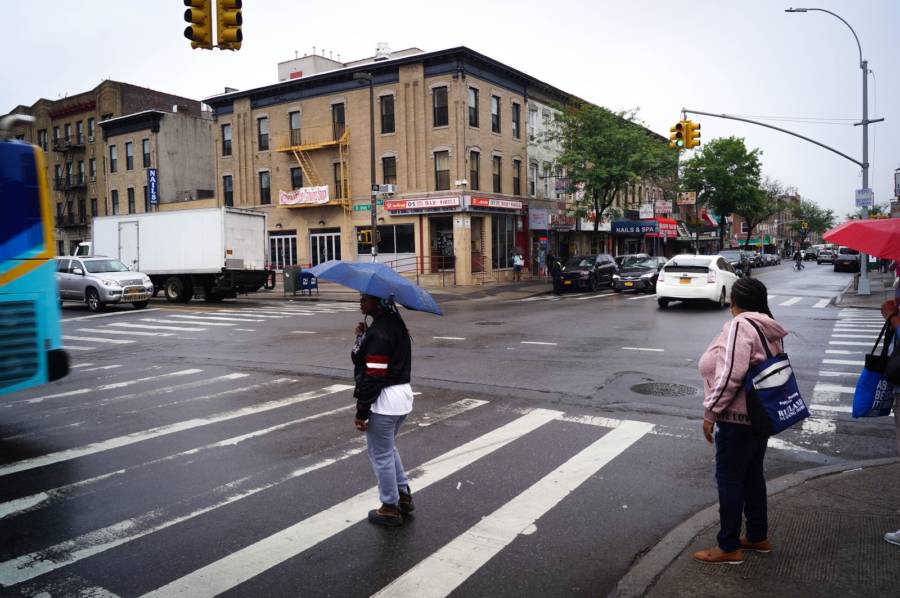 Speaking of race riots in New York City history: Between Aug. 19 and 21, 1991 tensions erupted in the Crown Heights section of Brooklyn between black and Orthodox Jewish residents after two children of Guyanese immigrants were unintentionally run over, killing one, by a car that was part of a motorcade for the leader of the Chabad religious movement.

The treatment of the crime scene — the driver of the car was removed by private ambulance while city workers were still tending to the two children — was seen by many as preferential to the white Jewish residents of the area, which escalated longstanding racial tensions that then erupted into a three-day riot.

The Crown Heights Riot was thus a manifestation of oppressive forces that shaped New York City at the time: ethnic divisions, racism, police favoritism, economic colonization, the clash of new immigrants. With these forces at work, the death of the two children kicked off a widespread wave of turmoil that saw blacks, Jews, and police clash violently in the streets, leaving more than 100 arrested and nearly 200 injured.

In the longer term, Mitchell states that the riot was noteworthy in that “White people – Jews – were directly attacked by Blacks, which had the effect of driving a deep wedge in the historic and important Black-Jewish civil rights coalition that had been so politically important in the city for the preceding generation.”