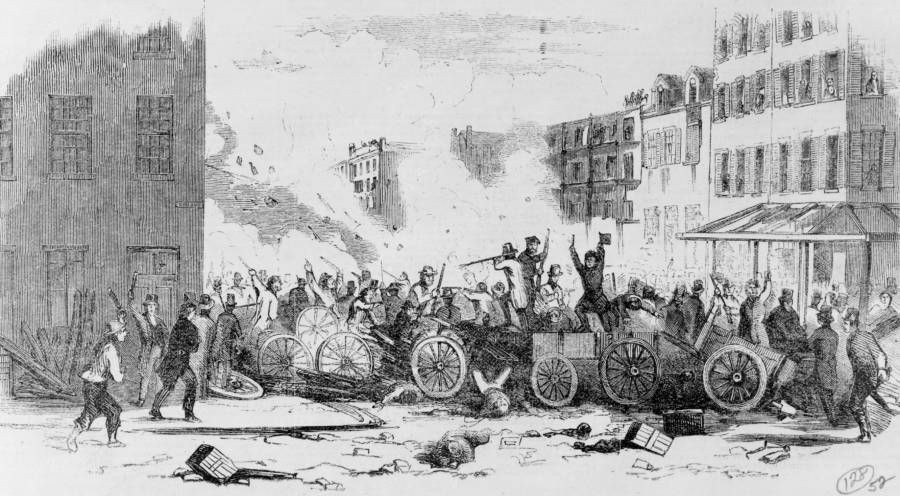 Library of CongressRendering of the “Dead Rabbit” barricade on Bayard Street between Bowery and Elizabeth Street, taken at the height of the battle, by an artist who was present at the scene. 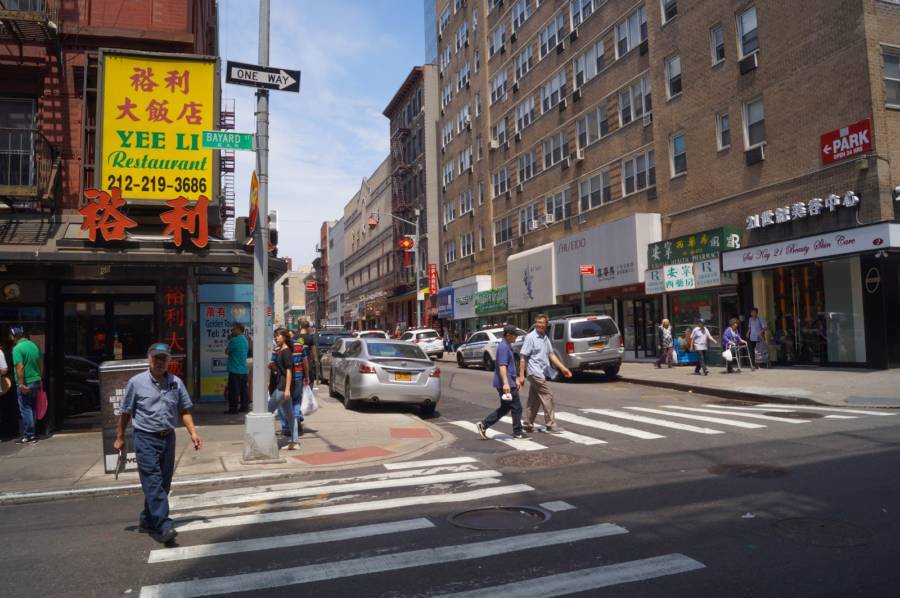 If you’ve seen the movie Gangs of New York, you might already know the context for this, one of the biggest gang war-related riots in New York City history.

On July 4–5, 1857, what started as small-scale street fight between two rival gangs, the Bowery Boys and the Dead Rabbits, escalated into all-out warfare. It’s estimated that 1,000 various gang members from the Five Points area ultimately took part in the riot, which spread throughout the Bowery and resulted in significant looting and property damage.

Within the confines of the cramped streets that are now part of Chinatown, gang members fought with whatever they could find. “Brickbats, stones and clubs were flying thickly around, and from the windows in all directions, and the men ran wildly about brandishing firearms,” The New York Times wrote. “Wounded men lay on the sidewalks and were trampled upon.”

When it was all over, it’s believed that eight had been killed and dozens had been injured. And this was hardly the last of such fighting between these infamous gangs of New York.