Robert Charles Wooten, a career criminal with his social security number tattooed across his forehead, is now wanted for armed robbery in Texas. 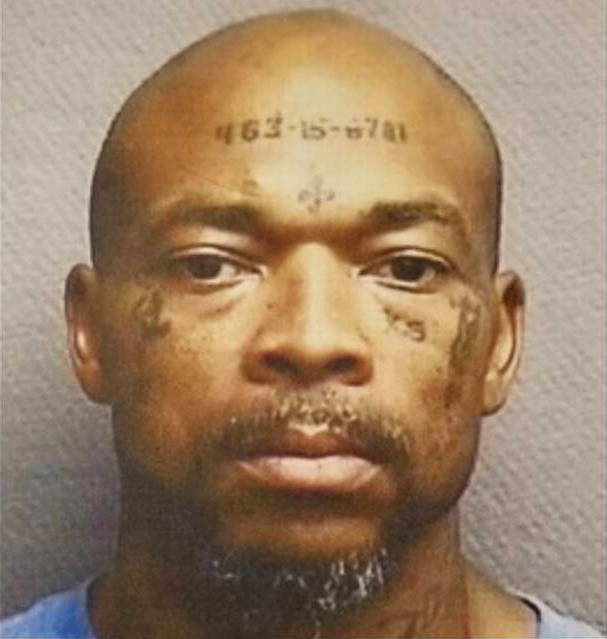 Like plenty of other career criminals, Robert Charles Wooten sports unique tattoos that can help authorities identify and track him. But unlike perhaps any other criminal career on record, Wooten makes things a little easier on law enforcement by literally displaying his social security number.

Now, “Social Security” is wanted in connection with three armed robberies that took place in Houston late last year, according to the Star-Telegram. In addition to displaying his social security number on his forehead (and Houston’s area code in even larger type across the front of his neck), Wooten also made this armed robbery investigation easier on detectives by hitting the same store twice within the span of just a few weeks.

First, in October, Wooten revealed a gun to the clerk at the Valero Corner Store and demanded various brands of cigarettes. Then, the next month, he returned and did the same thing. The clerk was able to easily identify Wooten for police thanks to, as the criminal complaint reads, the perpetrator’s “distinctive tattoos” (the explanation for which authorities either don’t know or haven’t disclosed).

Unsurprisingly, this is far from the first time that the man with the distinctive tattoos has gotten himself into trouble with the law. According to the Star-Telegram, country records show that authorities caught Wooten exposing his genitals to an unidentified victim in July 2017. In addition, he’s been hit with a slew of charges including trespassing, violating protective orders, theft, various drug crimes, and a half-dozen other armed robberies in addition to the ones that have him in hot water now.

Despite his distinctive tattoos, Wooten has evaded police for more than two months since the Valero robberies and in fact robbed at least four other establishments — including a dollar store, a pawn shop, a mobile phone retailer, and a Walgreen’s — in the subsequent weeks. Security footage from the phone retailer robbery show Wooten wearing American flag shorts and tossing a bag to be filled with money at an employee.

And although Wooten’s clothing may be as memorable as his tattoos, he nevertheless remains at large.

Next, read up on the Florida car thief who was arrested just after his committing his crime when he stopped to look at a solar eclipse. Then, check out vintage tattoo photos that reveal body art’s beautiful, rebellious history.