Robert Preston was just a 20-year-old helicopter maintenance worker for the Army when he commandeered a helicopter and attempted to land it on the White House lawn. 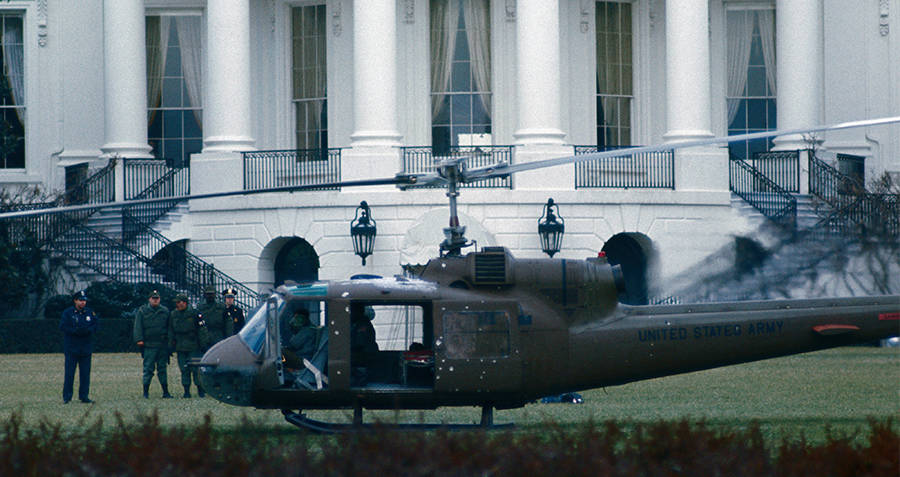 Getty ImagesSecret Service check the stolen Army helicopter after Robert Preston landed it on the South Lawn of the White House.

It was shortly after midnight on a clear February night in 1974 when 20-year-old Army helicopter mechanic Robert Preston drove his car onto Fort Meade’s unguarded Tipton Field. Before anyone could stop him, he’d picked out an aircraft, an Army Bell UH-1 Iroquois helicopter known as a “Huey,” and started it up, taking off into the night.

“I wanted to get up and fly and get behind the controls,” he said later. “It would make me feel better because I love flying.”

And flew, he did. Inspired by the lights of the Baltimore-Washington Parkway, he formed a plan that would give him all the excitement he’d been looking for after his relationship and job prospects had fizzled out – landing on the White House Lawn.

Of course, a lowly adolescent Army pilot doesn’t just land on the White House lawn. In fact, no one just lands on the White House lawn, not without express permission, signed documents, years of training and (usually) the intent of picking up or dropping off its most important resident – a fact which Robert Preston quickly learned.

Before the night was over he’d been shot at, chased, and almost knocked out of the sky by every police force Washington had to offer.

The authorities had been on to him almost as soon as he’d taken off.

Unbeknownst to Preston, the airfield had been guarded. A sentry had, in fact, been stationed at the field, and had noticed that a car was parked in an authorized area. He had also noticed a helicopter without its anti-collision lights on taking off from the field. Quickly, the sentry checked the flight records, realizing that there was no record of any flight plan for that evening and that the pilot hadn’t made any of the required pre-flight radio calls.

The sentry then called the Maryland State Police. 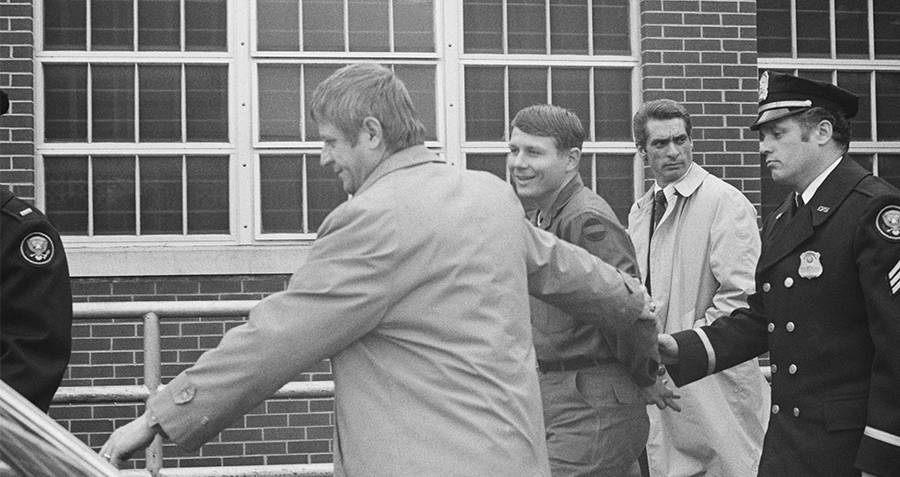 Getty ImagesRobert Preston being escorted out of the White House by the Secret Service.

The problem the police had was that without making radio contact, there was no way to predict where the mysterious pilot would go. However, as helicopters tend to fly low, it was only a matter of time before someone noticed one flying overhead.

Before long, two restaurants and a trailer park had called the police to notify them of a low flying helicopter. Another town had alerted them that a helicopter had momentarily touched down in a field before taking off again.

Meanwhile, Robert Preston was well on his way to the nation’s capital. Thinking that his helicopter perch would be the perfect place to view the lights on the National Mall, he had followed the parkway straight to it. After spending five minutes taking in the Washington Monument “like a moth to a flame,” he decided to take things a step further, and check out 1600 Pennsylvania Avenue.

Even in 1974, the airspace above Washington D.C. was strictly patrolled. So, when police in D.C. noticed an unregistered helicopter flying between the Lincoln Memorial and the Capitol building, they naturally became alarmed.

At the White House, Secret Service agent Henry Kulbaski received the report from the Maryland police of the stolen helicopter, as well as another one from D.C. police that the helicopter had been spotted heading toward the White House.

Kulbaski was trained, as were all Secret Service agents, to shoot at aerial intruders. However, exactly when and how they were supposed to do that was left up to the individual agent – in this case, Kulbaski. Unable to reach his superiors by phone, and unwilling to risk the lives of innocent civilians should the agents manage to shoot the helicopter out of the sky, Kulbaski was at an impasse.

In the time he spent deciding, however, Preston descended upon the White House, hovering a few feet off the ground.

“Everybody just stood around looking,” Preston later said in court, and after 10 minutes he decided that “if they weren’t going to do nothing I was going to leave.” As he lifted off again, Kulbaski gave the order – if it came back, shoot it down.

Though he’d escaped being shot on the White House lawn, Robert Preston’s joy ride was far from over. As multiple police departments were now aware of his heist, the skies were no longer empty for him to roam free. The Maryland State Police had enlisted a few helicopters of their own and were determined to chase him back to the ground. 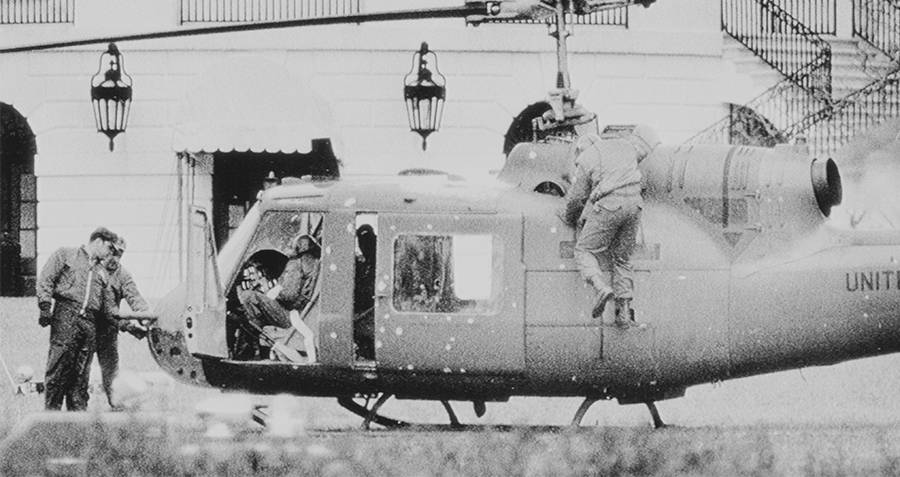 Getty ImagesSecret Service agents prepare to fly the copter back to its original airfield.

He was almost knocked out of the sky a few times as the 20-year-old amateur pilot was pitted up against several decorated Vietnam combat pilots working with the police. After realizing he wasn’t going to win, Preston decided that giving himself up would be best. Though, he realized, if he gave himself up to the Army he’d be put in the stockade. Looking around, he decided there was only one person he’d give himself up to – President Richard Nixon himself.

And so, he returned to the White House lawn – and to the automatic weapons of the Secret Service, heeding Kulbaski’s orders.

As Preston attempted to land on the lawn, the floodlights turned on, and the Secret Service fired, blasting half-dollar-sized holes into the side of the helicopter. Buckshot hit Preston’s foot, and the copter almost crashed, but in the end, it settled, just 100 feet from the White House’s front doors.

Of course, upon exiting the aircraft, Preston was tackled, and placed into Secret Service custody. He was taken inside for questioning and asked to speak to President Nixon. Only then did he learn that the President and his wife were out of town. Robert Preston’s entire show had been for nothing.

A trial was held for Preston, and the damaged helicopter became a tourist sensation overnight. Eventually, bullet holes and all it was flown back to its original airfield and kept as evidence.

Despite the trouble he had caused, and the panic he had inspired, Preston got off with relatively little. He was charged with unlawful entry to the White House grounds, a misdemeanor carrying a possible six-month jail term, and a $100 fine. However, he instead gave himself up to military officials in exchange for the charges to be dropped.

In the end, the military court-martialed him, giving him two months in a military prison, and a general discharge. Today, Robert Preston remains the only person to penetrate White House airspace, and live to tell the tale.

Next, check out the slave who commandeered a ship to escape slavery. Then, read about how JFK turned the White House into his personal Playboy Mansion.