Though almost 2,000 years old, the white marble altar is well-preserved and its mournful inscription clearly legible.

Grieving for lost loved ones is a practice as old as time. This point was poignantly made by the discovery in Rome of a funerary altar for a young girl — who died 1,900 years ago at the age of 13.

Workers along Via Luigi Tosti in south-central Rome made the find while digging up water pipes near the necropolis of Via Latina. According to the Jerusalem Post, they came across the “very well-preserved” white marble altar about six and a half feet beneath the road’s surface. 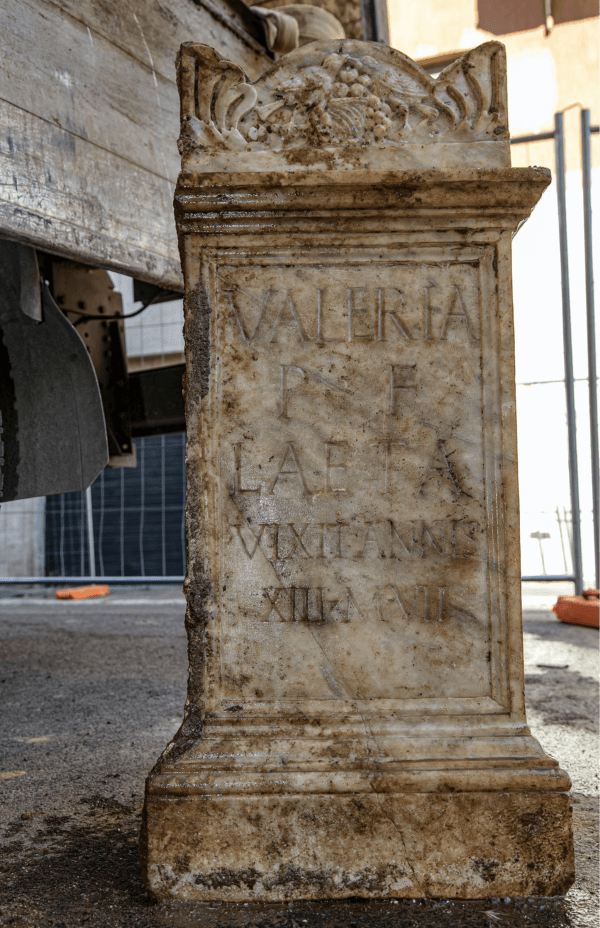 According to Arkeonews, the funerary altar also includes a bas-relief adorned with songbirds, a basket that seems to include grapes or fruit, and acanthus leaves. Arkeonews notes that motifs like these were “common” in Greco-Roman times and often adorned temples or altars.

However, the funerary altar wasn’t the only thing that workers found beneath Via Luigi Tosti. In addition, they uncovered the remains of a larger structure that likely housed urns and the corner of a sarcophagus that depicts a lioness being hunted by a dog and horse.

“This is an area full of tombs dating from Roman times and it’s possible these remains all belonged to one wealthy family,” Angelina De Laurenzi, the archaeologist who directed the excavation, told The Times. 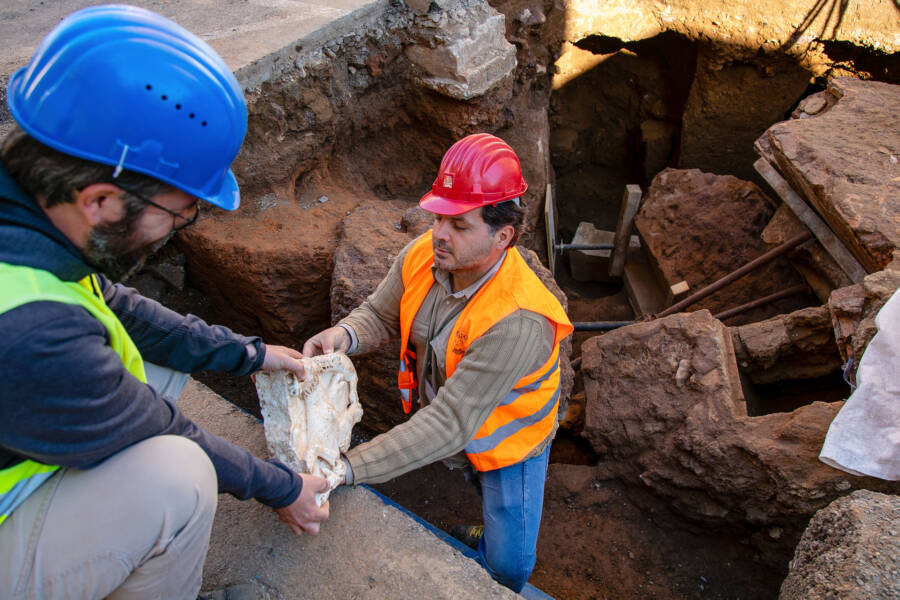 Soprintendenza Speciale Roma/FacebookArcheologists work to remove the 2nd-century marble fragments from beneath the road.

The structure itself, called a columbarium, was probably made out of porous limestone called tuff, according to The Daily Advent, which was covered with bricks. Archeologists suspect that it was purposefully destroyed almost 100 years ago by Benito Mussolini, who sought to modernize the city.

“The building appeared to be heavily damaged,” the Special Superintendency of Rome, who oversaw the excavation, noted on Facebook. “[P]erhaps by the urbanization interventions in the 1930s.”

According to National Geographic, the funerary structure was part of a necropolis that ran parallel to the Via Latina, an important road that connected Rome with Capua, near present-day Naples.

“The Romans used to bury their dead on the outskirts of the city,” National Geographic notes, “since among the oldest laws of Rome was the prohibition of burials within the pomerium, the sacred limit of a city.” 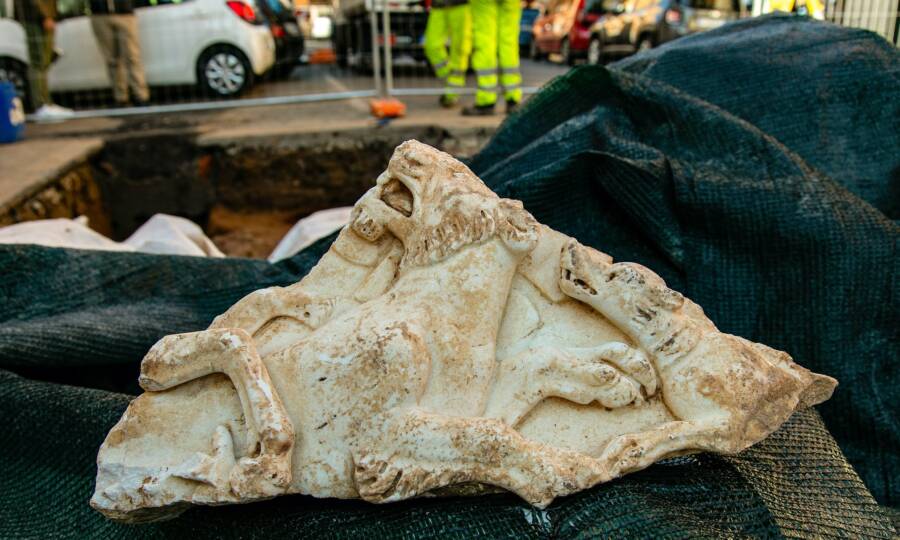 Soprintendenza Speciale Roma/FacebookThe excavation also turned up the white marble corner of a sarcophagus, which appears to depict a hunting scene.

For now, not much is known about Valeria Laeta herself, the young girl laid to rest some 1,900 years ago. Evidently, she was well-loved — and her family wanted to cherish her memory. But though she had just 13 years and seven months on earth, her life — and death — has left contemporary observers of her elaborate funerary altar in awe.

“Meraviglia!” several commenters wrote on the Special Superintendency of Rome’s Facebook page, which roughly translates to “a wonder!” or “a marvel!” Another wrote, “What a beauty! Amazing, thank you.” And one touchingly commented: “Life is so ephemeral! What a find.”

After reading about the funerary altar for a teenage girl discovered in Rome, see how sewer workers in the city discovered a “pomerium” stone marking ancient Rome’s boundaries. Or, learn about the stunning 14th-century sarcophagus discovered beneath Notre Dame.