7 Of The Most Spectacular Churches In Russia

As these Russian churches show, Italy doesn't have a monopoly on ornate devotional spaces. 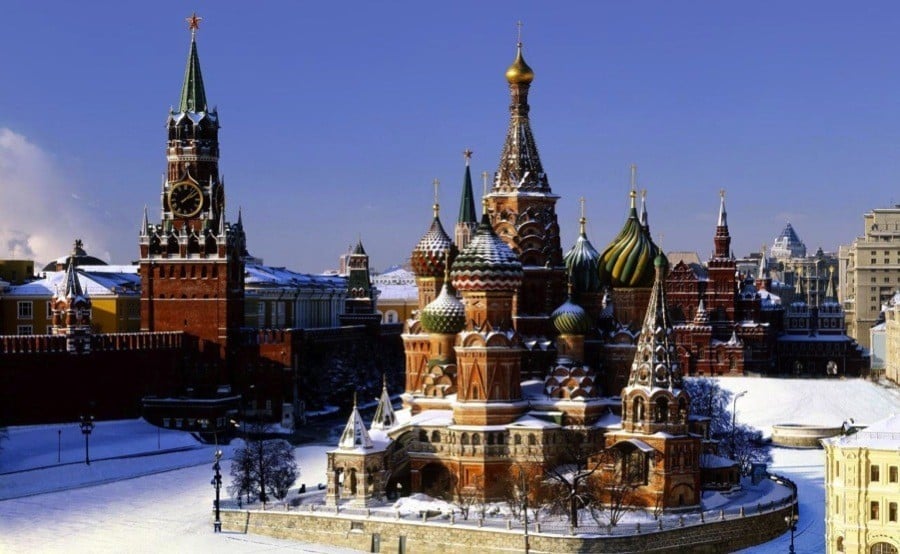 Despite decades of Soviet atheism, Russia remains a deeply religious country. Part of that devotion expresses itself in vibrant displays of faith. The saints of Russian icons, for example, look almost like sci-fi sages, wearing gold-trimmed, hooded robes, flashing mystical gang signs, and backlit by orange-orb haloes. By design, they are otherworldly.

The same is true of Russian churches. Their architecture trumpets the existence of a realm beyond this earth. For tens of millions of Russian devotees, these houses of prayer and worship are a link to that supernatural world, which is still a very real presence in their lives, as it was for their forbearers.

Here are seven of the most stunning examples of Russian religious architecture. These churches sprout across the wastelands of the former Soviet empire like flowers in the snow. 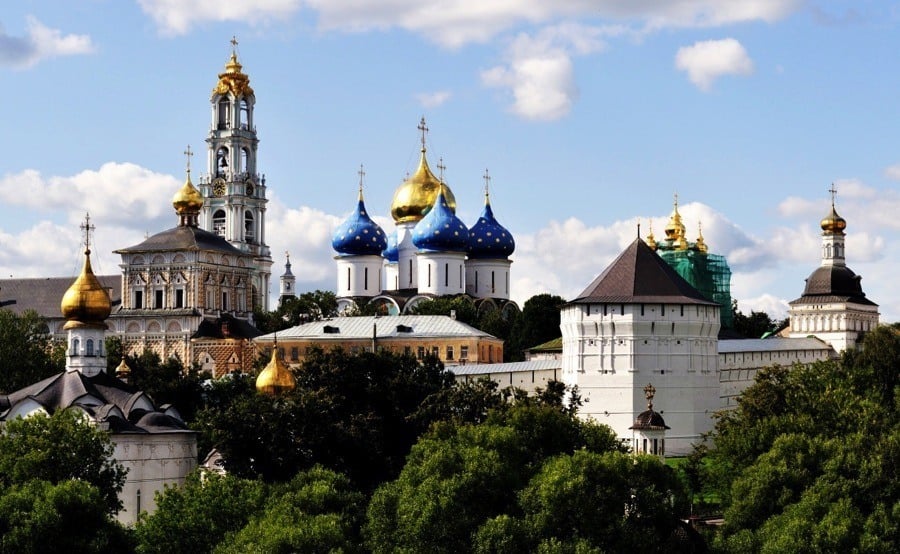 Nearly 700 years ago, Sergius of Radonezh went out to live in the woods. Soon other spiritual seekers joined him in the forests north of Moscow, and eventually Sergius founded a monastery that would become the heart of the Russian Orthodox Church. In the following centuries, an exquisite architectural ensemble grew up around the community of monks known as a lavra. Still today, 300 monks live and pray within the fortressed walls of this UNESCO World Heritage Site. 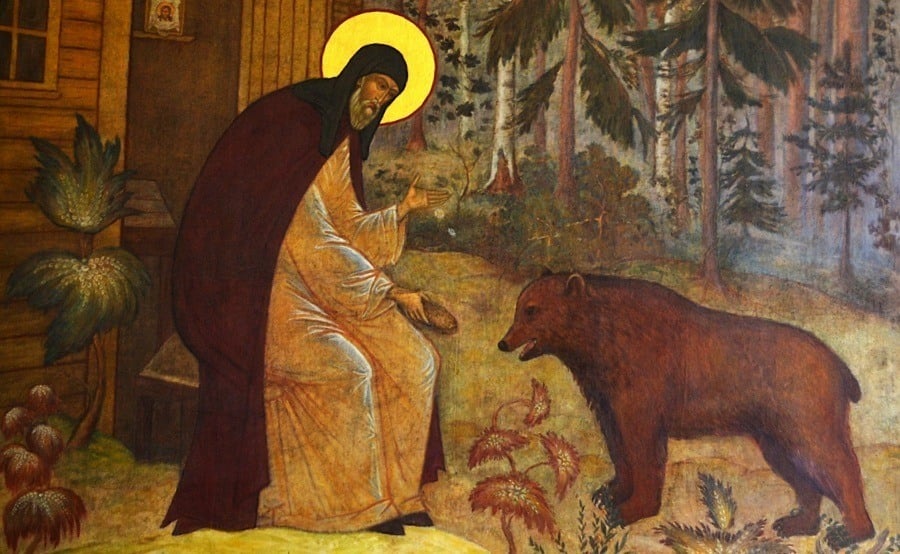 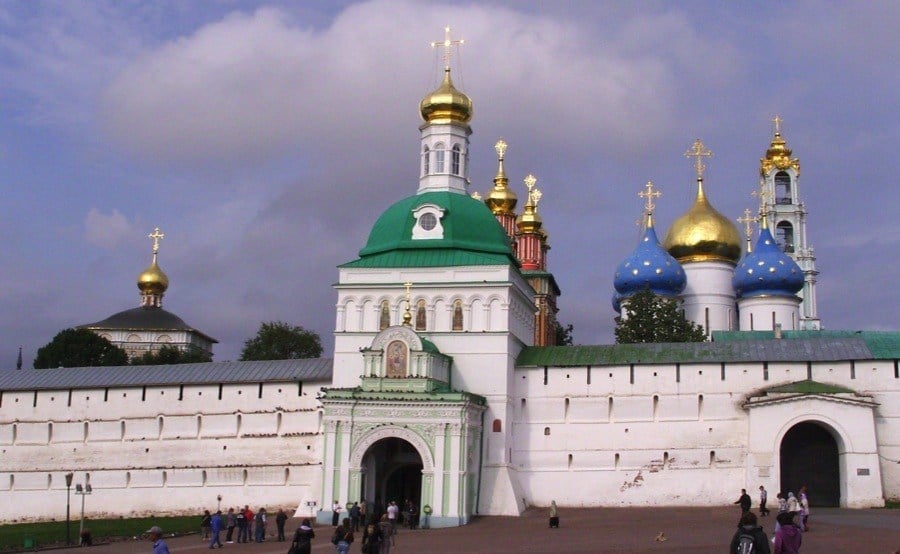 The entrance to the Lavra monastical complex north of Moscow. Source: Flickr

2. Church of Sign of the Most Holy Mother of God in Dubrovitsy 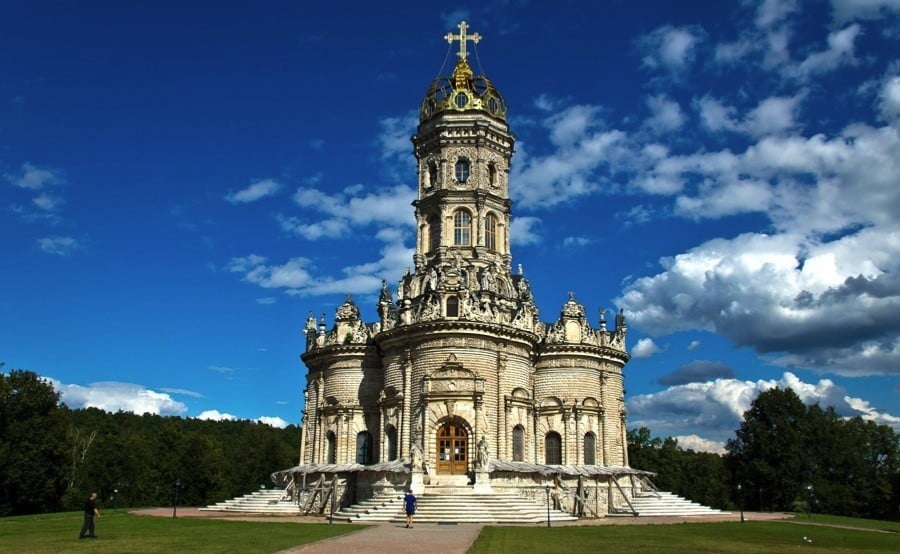 Built in 1690 by an ally of Peter the Great, the Church of the Theotokos (that is, the Greek name of the mother of God) sits south of Moscow overlooking the Desna River.

The church includes a grandiose appeal to the Tsar’s power – and ego – via a massive gold crown placed on the central tower. Despite this nod to his prestige, Peter never blessed the church. It looked too Catholic to him, abandoning traditional features of Orthodox architecture such as the bright, multifaceted cupolas, and using Latin, not Cyrillic script, in its inscriptions. 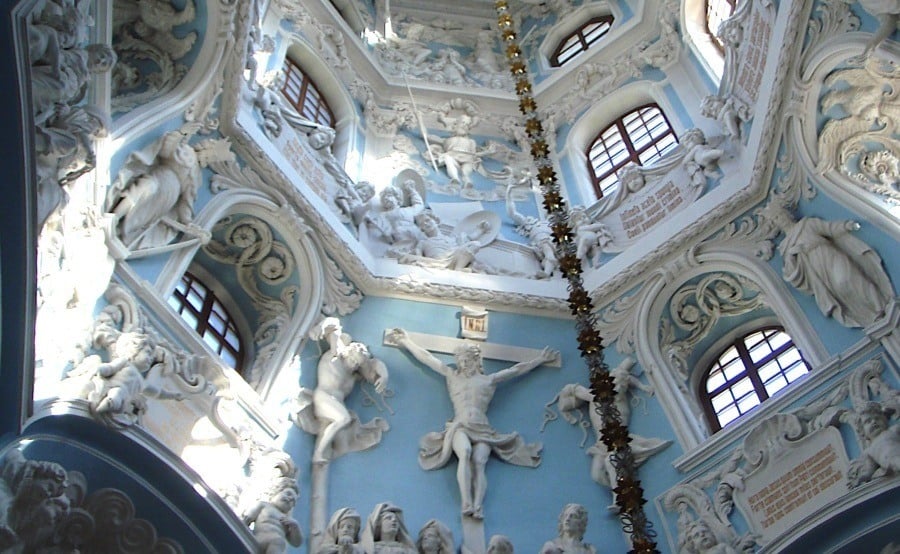 Sunlight splashes across the blue and white interior of the Church of Sign of the Most Holy Mother of God in Dubrovitsy. Source: Wikimedia Commons 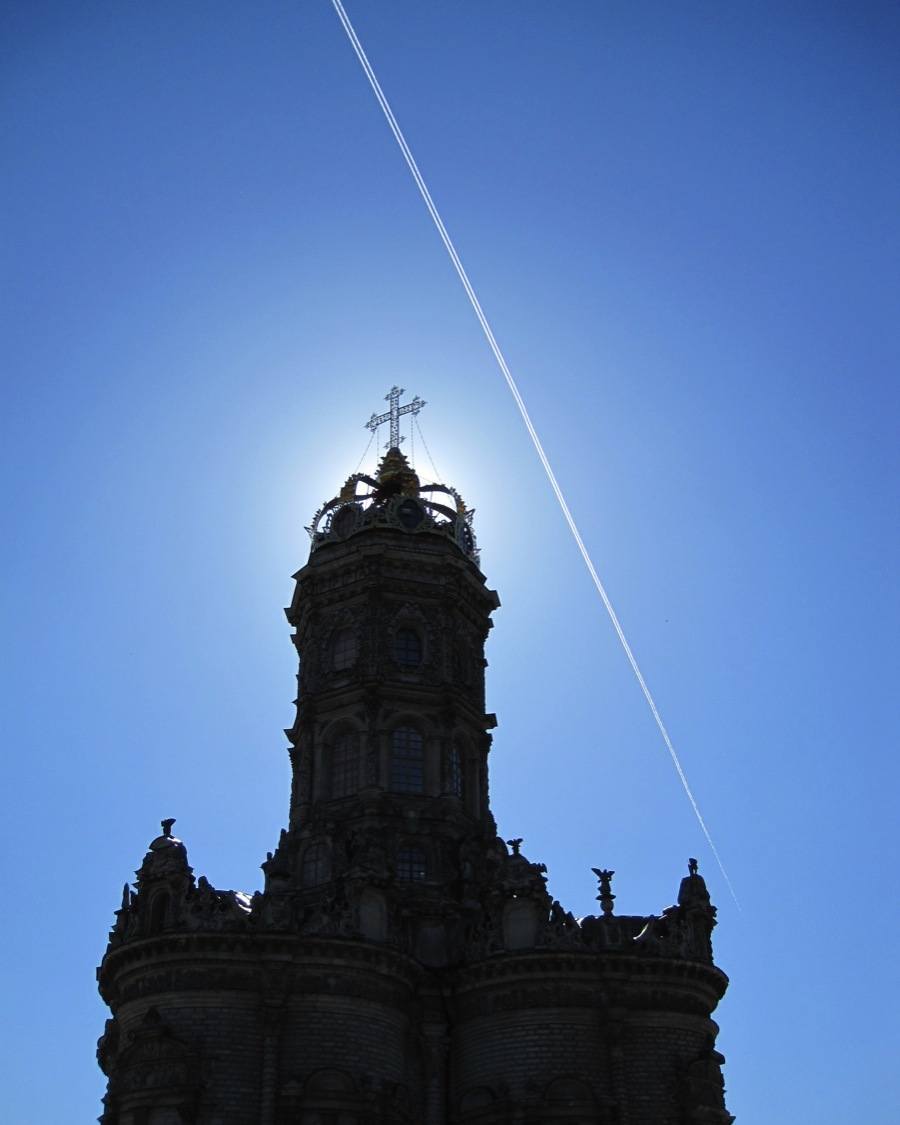