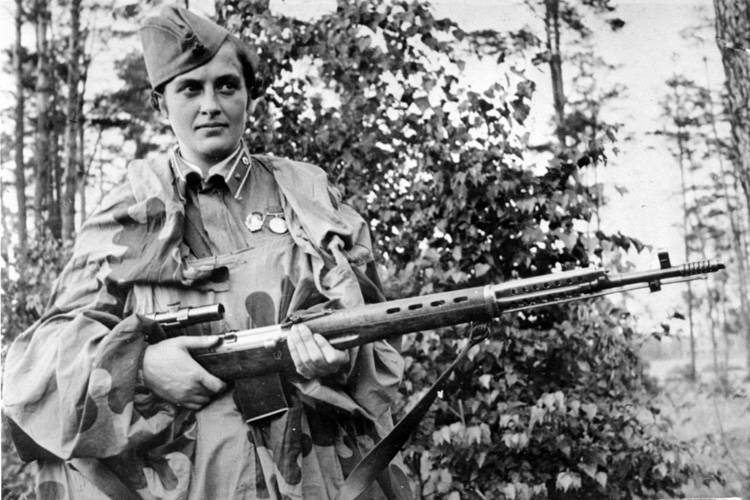 Known as “Lady Death,” Lyudmila Pavlichenko was such an effective sniper that the Nazis tried to bribe her into switching sides. Fortunately for the Soviets, it would take more than promises of chocolate and being made an officer to sway her.

Pavlichenko was a history major at Kiev University when Germany began their Soviet occupation. The 24-year-old made her way into the first round of volunteers to defend her homeland.

Told she should be on the nursing team rather than on the front lines, Pavlichenko nevertheless persisted and passed her rifle audition by picking off two remote enemies. This scored her a spot in the 25th Chapayev Rifle Division.

During her defense of Sevastopol, Pavlichenko became a woman with a reputation of deadly accuracy and sustained counter-sniping missions. She scored a total of 309 confirmed kills, making her one of the most successful snipers during World War II, and the top female sniper in history.

In the Soviet Union, citizens viewed her as a respected soldier, but in her visits to the United States to rally support, Americans treated Pavlichenko like a sideshow act.

Fed up with the questions about makeup and fashion on the battlefield, she snarkily replied, “Gentlemen, I am 25 years old and I have killed 309 fascist occupants by now. Don’t you think, gentlemen, that you have been hiding behind my back for too long?”