“It would be possible to make something of it, if not Dolly the Sheep. In general, it will be very interesting.” 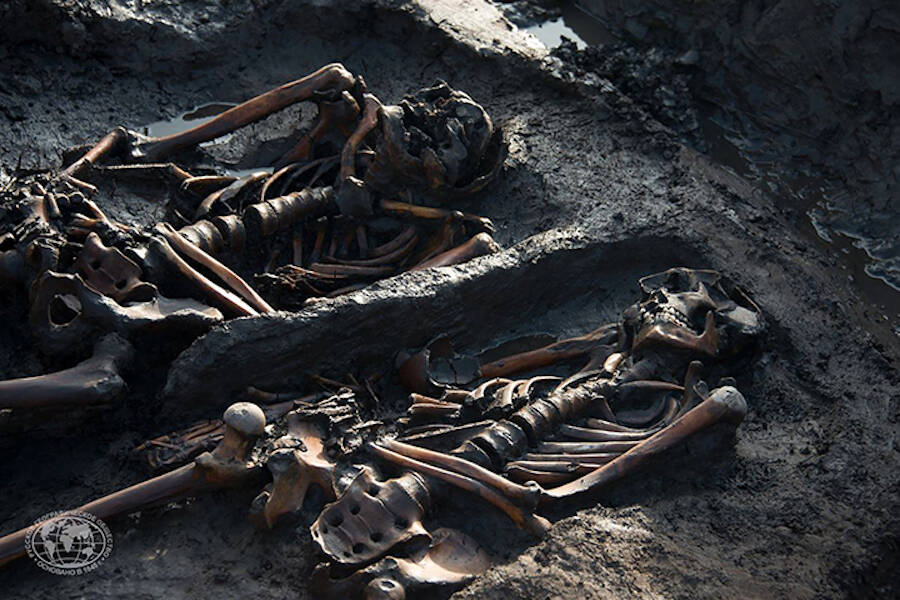 Russian Geographical SocietyThe oldest remains unearthed in the “Valley of the Kings” date back to the ninth century B.C.

Just two decades ago, archaeologists in Siberia made the discovery of a lifetime. Buried in the Republic of Tuva were the remains of 3,000-year-old Scythian warriors with their horses. Not content to let them rest, Russian Defense Minister Sergei Shoigu has now announced plans to clone them.

Shoigu, a Tuva native, revealed these intentions during last week’s online session of the Russian Geographical Society, according to Ancient Origins. Shoigu not only leads that organization but is one of the strongest allies of President Vladimir Putin — who attended the meeting. Most baffling were Shoigo’s purported goals.

The defense minister spoke of the “potential of the extraordinary 3,000-year-old Scythian burials,” referring to the plethora of DNA that has been preserved in Siberian permafrost. Shoigo had ordered a shaman to be present at the excavations — in order not to anger the spirits — and now apparently plans to build an army of the dead, according to Daily Mail.

“Of course, we would like very much to find the organic matter and I believe you understand what would follow that,” he said. “It would be possible to make something of it, if not Dolly the Sheep. In general, it will be very interesting.” 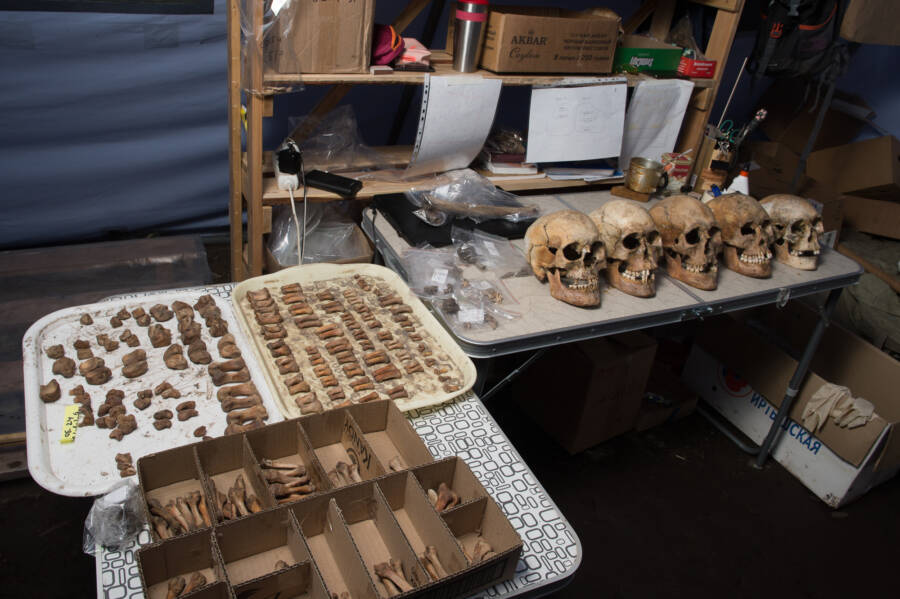 Russian Geographical SocietyThe Russian Defense Minister stated the current goal is to uncover organic material in the permafrost — and referenced Dolly the Sheep in the same breath.

While this was a formal meeting and Shoigu’s words were rather clear, the announcement may serve a dual political purpose, according to some analysts. Russia recently deployed about 100,000 soldiers to the Ukrainian border, after all, and a fantastic tale about cloning ancient warriors could serve well as a distraction cooked up by the Kremlin’s propaganda machine.

Nonetheless, the remains unearthed in the so-called “Valley of the Kings” are very real — and couldn’t be more remarkable. Excavations here began in 1998, with a team of Russian and German archaeologists beginning to unearth tombs from the “Arzhan 2” mound three years after that.

In 2018, however, Shoigu launched digs headed up by Russian and Swiss experts and brought a shaman in to oversee the recovery of remains. Scythians were nomadic warriors of Iranian descent and held the European steppe from China’s northern borders to the Black Sea between the 7th and 3rd century, B.C.

“The most interesting find was the remains of horse sacrifices with the elements of horse harnesses,” lead archaeologist Timur Sadykov said. “This once again confirms the cultural belonging of the kurgan to the range of monuments of the Valley of the Kings … where traces of ritual horse sacrifices were also found.” 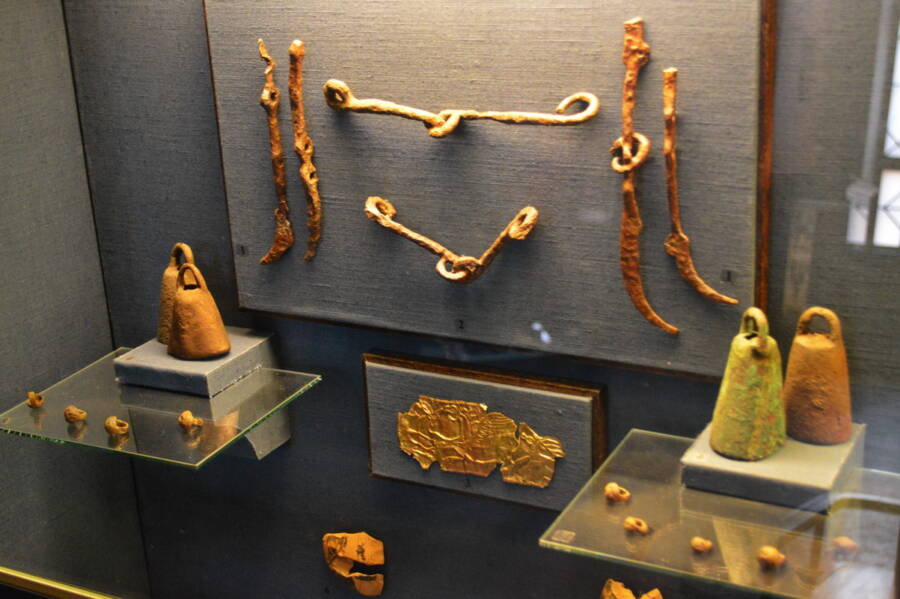 Scythian warriors were commonly buried with their horses. Finding the remains of their trusty steeds wasn’t entirely surprising, although the evidence that the warriors likely sacrificed them was. Most shocking, of course, were the claims that the Russian state might want to clone these warriors back to life — and supplement its modern army.

The third season of the Russian Geographical Society’s expedition, which ended in October 2020, yielded these remains. Although the discovery of fossilized bones is certainly incredible on its own merit, the institution has clearly expressed its goal of finding organic matter in the permafrost for cloning purposes.

“We have conducted several expeditions there already; it is a big international expedition,” Shoigu said according to Sputnik News. “A lot of things have been confirmed, but a lot remains to be done.”

The oldest remains date back to the 9th century, B.C., according to Unilad. The April 14 announcement included a glaring reference to Dolly the Sheep. Famously, Dolly was the first mammal ever cloned and made global headlines in July 1996, when the Roslin Institute in Edinburgh, Scotland, revealed its success. 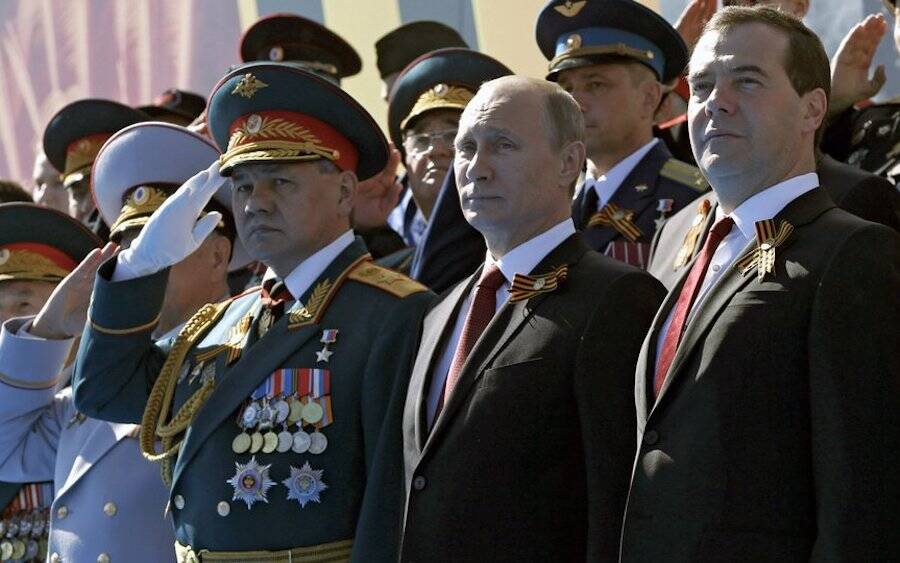 Ultimately, it’s unclear just how genuine the Russians’ purported efforts to clone an ancient army back to life really are. While only time will tell, a 2017 PBS report may be useful in gauging how skeptical to be of any state-sponsored revelations such as this.

According to that particular research, both the Kremlin and Russia’s media work in tandem to produce both mis- and disinformation in order to muddy the waters as far as the Russian state’s doings on the international stage. Whether media items like this distract from troop maneuvers or are entirely sincere remains thus far unknown.

After reading about Russia planning to clone an ancient tribe of Scythian warriors, take a look at this Russian deep-sea fisherman’s photos of his most bizarre discoveries. Then, read about the Russian lab planning to bring back woolly mammoths.