The Salema Porgy, a small generic golden striped fish, is known as "the fish that makes dreams." 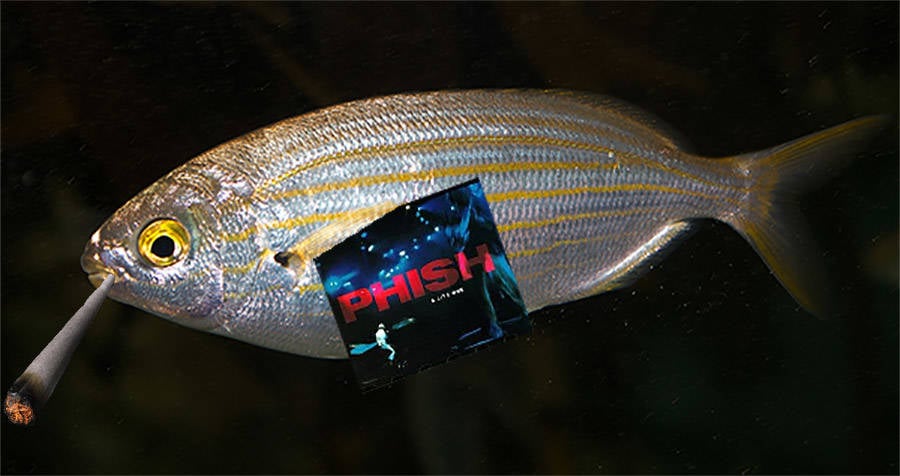 Have you ever eaten really bad sushi? Like up all night, stomach-churning fish? Well, chances are, you’ve never come close to eating anything like the Salema Porgy.

The Salema Porgy is commonly known as sarpa salpa. However, in Arabic, this small generic golden striped fish is known as “the fish that makes dreams” thanks to the LSD-like hallucinations it provides to those who eat it.

This sea bream fish, which is found along the Atlantic coast of Africa and throughout the Mediterranean Sea, is said to have been used by the Roman Empire as a recreational drug, much like magic mushrooms are today. Polynesians are also said to have indulged in the psychedelic fish for ceremonial purposes.

However, according to a 2006 article in Clinical Toxicology, there have been two more recent reported cases of people experiencing the dreaded fish trip.

In 1994, a 40-year old man had his French Riviera vacation ruined after eating a baked Salema Porgy. According to reports, he experienced blurred vision, muscle weakness, vomiting, and hallucinations of screaming animals. At that point, the man checked himself into the hospital, where it would take him a full 36 hours to finally recover.

The most recent recorded case came in 2002 after a 90-year old man purchased the fish in Saint Tropez off the Mediterranean coast of France. After chowing down on the catch, he began to experience hallucinations of screaming humans and screeching birds. Forgoing the hospital, the elderly man’s trips and nightmares subsided after a few days.

These terrifying trips are known as ichthyoallyeinotoxism, a rare poisoning that occurs after eating certain fish. The effects of the poison can trigger nervous system disruptions and create auditory and visual hallucinations similar to LSD.

However, researchers still aren’t exactly sure what makes the fish so far out. Though a 2006 study in In Vitro Cellular and Developmental Biology suggested that it’s due to the fish’s consumption of a certain type of toxic phytoplankton that grows on seagrass.

Now, before you load a charter boat up with bongs and head off to the Mediterranean, you should know that not everyone who eats the fish becomes Hunter S. Thompson. Though, there are a few steps you can take.

If you’re ready to gamble with your mind and stomach, first, you’ll need to catch the fish between the late spring and summer when the fish’s toxicity is at its highest. Secondly, you’ll want to eat the fish’s head which is said to contain the psychedelic toxins you’re jonesing for.

So, the next time you’re at a Grateful Dead show, consider putting down the doobie and snacking on some baked Salema Porgy instead.

Next, check out the 15 weirdest freshwater fish ever caught. Then, learn about Project MKUltra, the government’s secret LSD operation.