Invisible Sculpture Auctioned Off For $18,300 By Italian Artist Attempting To Redefine Art

"I Am" is meant to challenge our ideas of what constitutes meaning, according to sculptor Salvatore Garau. 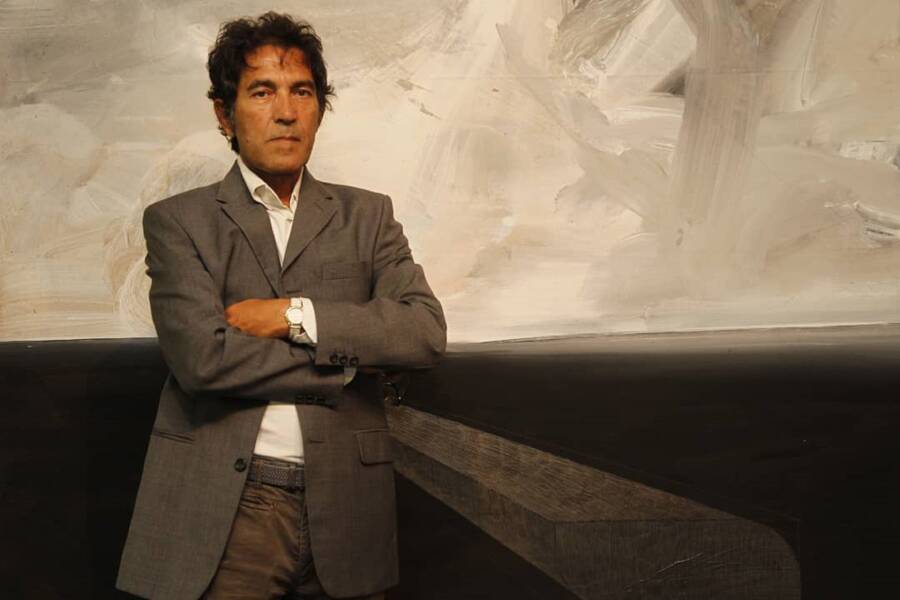 Instagram/salvatore_garauSalvatore Garau described his immaterial sculpture as a “concentrate of thoughts.”

Our definition of art has been in constant flux. From the very first cave paintings to motion pictures and the advent of downloadable music, the form is ever-changing. It now appears that the constant of being able to actually observe the art is, too — as the world’s first invisible sculpture just sold for $18,300.

Auctioned off by the Italian Art-Rite organization, the work is titled “I am” and aims to convey that tangibility itself doesn’t inherently create meaning. Made by 67-year-old Salvatore Garau, it is meant to be viewed in a space of 4.9 by 4.9 feet, according to Interesting Engineering. That is, despite the fact that it isn’t even there.

“When I decide to ‘exhibit’ an immaterial sculpture in a given space, that space will concentrate a certain quantity and density of thoughts in a precise point, creating a sculpture that from my title alone will take the most varied forms,” Garau told Italy 24 News. “After all, don’t we give shape to a God we have never seen?”

Those who already deem modern art an overvalued industry will find the sale of this non-sculpture suspect. It is immaterial, with the only proof of ownership a certificate of authenticity, according to Auto Evolution. This has drawn parallels to non -fungible tokens (NFTs) — which have just recently caused debate themselves. 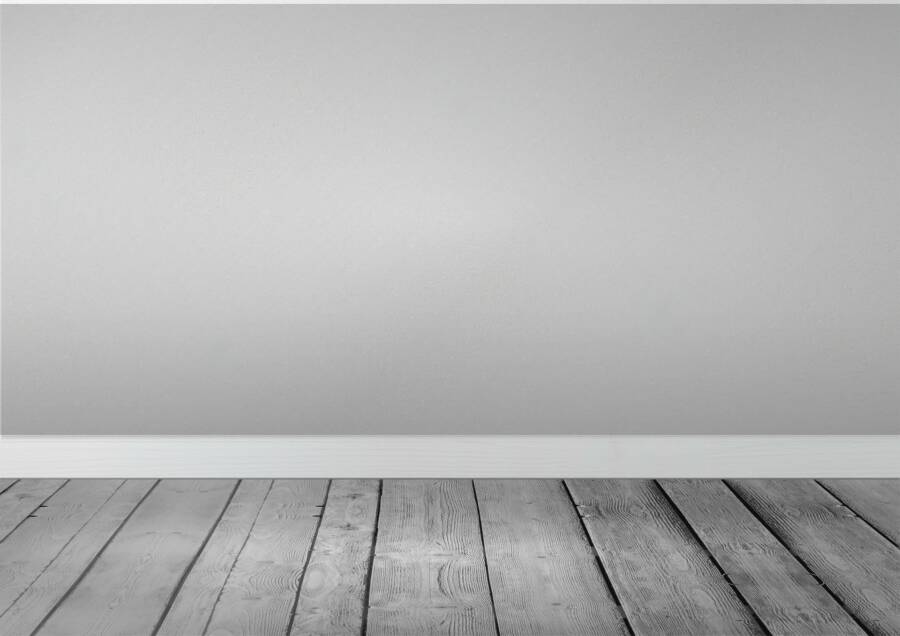 PixabayDespite it’s immateriality, the “sculpture” is to be placed in a space that is 4.9 by 4.9 feet for perfect “viewing” conditions.

Our modern era has made ownership of art far more complicated than it has ever been. While a signature on a painting and the dating of its materials was once proof enough that it was authentic, the digital sale of music and film have made sharing and copying art easier than ever — thereby reducing its material value in some cases.

NFTs have most recently attempted to solve that issue, according to The Verge. Essentially unique proofs of ownership for anything from drawings and memes to music, they serve as digitally-secured receipts. NFTs are a nascent innovation and remain controversial, making Garau’s alternative all the more curious.

The sale of Garau’s sculpture was merely accompanied by a certificate of authenticity that doesn’t appear to be more than a piece of paper. That document aims to ensure that the non-sculpture, which can’t be seen, is what it purports to be. Ultimately, however, the fact that “I am” doesn’t physically exist was kind of the point.

“The successful outcome of the auction testifies to an irrefutable fact: The void is nothing but a space full of energy, and even if we empty it and nothing remains, according to Heisenberg’s uncertainty principle that nothingness has weight,” said Garau.

“It, therefore, has an energy that condenses and transforms itself into particles, in short, in us! 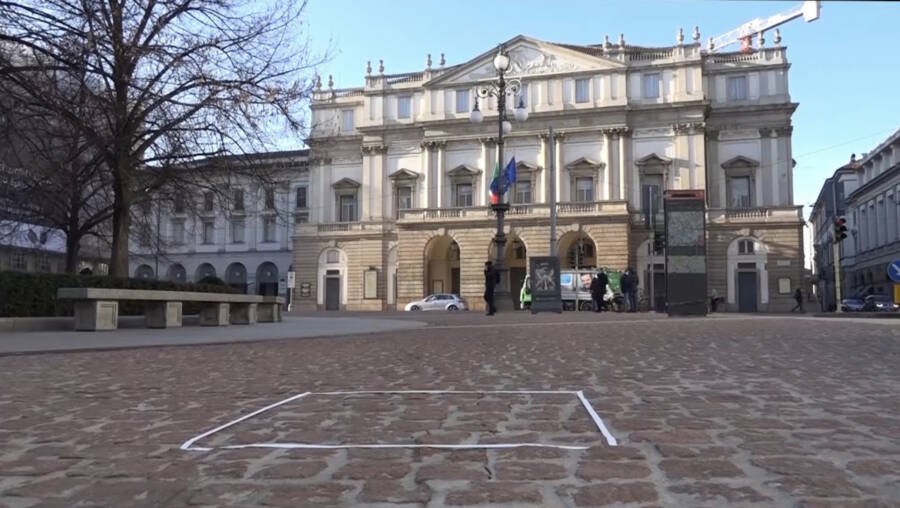 YouTubeThe Milan, Italy, square in which Garau showcased his “Buddha in contemplation” piece in February 2020.

Last February, Garau showcased another immaterial work called “Buddha in contemplation” in Milan’s Piazza Della Scala. With the coronavirus pandemic having already begun to ravage his country, the Santa Giusta, Sardinia-born artist only delved deeper into pondering the limits of art while quarantined with his thoughts.

The result is certainly something at the very edges of what art purists may deem acceptable. Clearly, however, not everyone has waved Garau’s philosophical ideas away. After all, “I am” was initially set to be sold for between $7,300 and $11,000 — with the final sale confirming extreme interest in his immaterial work.

Ultimately, “I am” has no physical representation. There are no photographs of the sculpture because it doesn’t exist, and it naturally carries no carbon footprint. The lack of an NFT appears to be a good thing, as the technology is already reportedly producing exorbitant amounts of greenhouse gas emissions.

While some have deemed Garau a huckster of admirable proportions, the artist is adamant that he hasn’t sold “nothing.” He has, instead, sold a vacuum — in which observers channel their own imagery of the alleged sculpture into one precise location. Whether this new art form takes off or not is another matter.

As it stands, those curious enough to take a “look” at Garau’s immaterial work can travel to New York City’s Federal Hall. Entitled “Aphrodite Cries,” the non-sculpture sits in a white circle with a red dot in the center — begging for observers to create the work of art in their imagination.

After reading about the Italian artist who sold an invisible sculpture for $18,300, learn about the artwork ruined by a couple who thought it was interactive. Then, read about the three paintings valued at $12 million stolen during the COVID-19 shutdowns.