School officials deemed the prom proposal "disruptive" and gave the female student who asked her girlfriend to prom an in-school suspension. 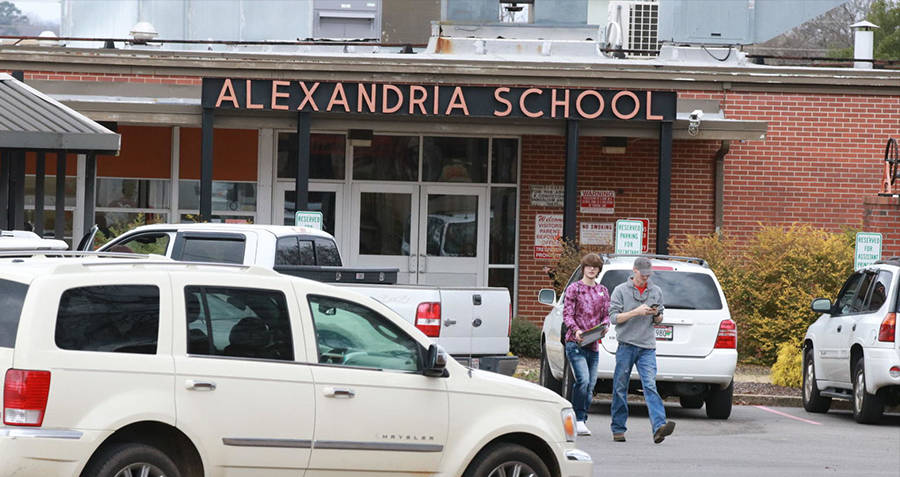 Two female high school students have been given an in-school suspension, after one of them asked her girlfriend to prom during a school talent show.

The prom proposal took place on Tuesday at Alexandria High School in Alabama.

According to a student at the school named Ashley Fadely, who was uninvolved with the prom proposal, the female student who initiated the proposal was performing in the school talent show when she asked her girlfriend to prom. The girlfriend was not punished, but the girl who asked, and another friend who helped her plan the proposal were both given in-school suspensions on Wednesday.

Fadely told the local news that school officials had called the proposal a “disruption,” but added that things like this happen all the time with no punishment and that the proposal was hardly disruptive.

“I was there when it happened. It was right after her performance. No words were spoken by them. They just got happy, hugged and that was it,” Fadely said.

She added that there have been multiple prom proposals and even a marriage proposal between male and female students with no disciplinary action. She believes it had to do with both of the students being female.

“If it was a male and a female student, nothing would have been done,” she said.

Fadely added that there have been several students who have started a movement to boycott prom altogether, should the girls be told they cant attend with each other.

“I don’t think it was right that they might not be allowed to go to prom. I’ve decided…I’m not going to prom,” she said. “Some students have been trying to get refunds for prom (fees already paid).”

In addition to the proposed boycott, current and former students have been posting messages of support on social media for the two girls, and voicing their disappointment with the school system.

Next, read more about Alabama, like how it’s the only state to still celebrate the Confedracy. Then, read about the Honors student who was banned from graduation for violating her dress code.