Indian Couple Sues Son And Daughter-In-Law For $650,000 For Not Giving Them A Grandchild

After spending $257,000 to raise their son, arranging his marriage, financing the wedding, and paying for his honeymoon, Sanjeev and Sadhana Prasad are demanding a grandkid — or else. 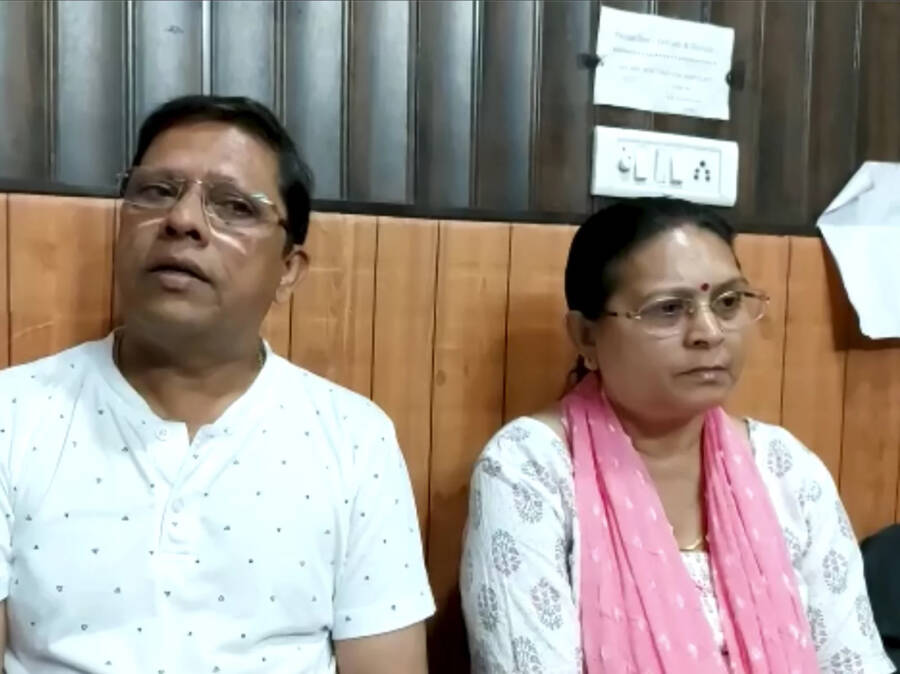 ANINewsUP/TwitterSanjeev Prasad and Sadhana Prasad demand a grandchild within one year — or $643,000 in damages.

Sanjeev and Sadhana Prasad were overjoyed when their son finally tied the knot. He was their only child, after all, and the retired Indian couple had used their life savings to raise him. After six long years of waiting for grandkids, however, they decided they’d had enough — and sued their son and daughter-in-law for $643,000.

According to CNN, the couple from Haridwar in Uttarakhand state filed a petition to seek those damages earlier this month. They claimed to have spent $257,000 to raise now-35-year-old Shrey Sagar, paid for his pilot’s training in the United States, and arranged his marriage before financing his costly 2016 wedding.

Their lawsuit also claimed they spent $80,000 on a car for Sagar and paid for his honeymoon to Thailand. According to BBC, the suit was filed on grounds of “mental harassment.” Driven by Indian customs, the elderly couple believes it is their son’s job to take care of them — which includes carrying on their lineage with a grandchild.

“The main issue is that at this age we need a grandchild, but these people have an attitude that they don’t think about us,” said Prasad. “We got him married in the hope we would have the pleasure of becoming grandparents. It had been six years since their marriage. It feels as if despite everything we have nothing.”

Indian customs typically instill familial obligations at an early age. These duties include ensuring that the family bloodline survives and aging parents are taken care of. These beliefs are so embedded in the culture that even federal law allows parents to claim monthly payments from their adult children.

Sanjeev and Sadhana Prasad were certainly delighted to attend their son’s wedding. Sagar was their only chance of welcoming grandkids into the world. After spending a fortune to raise him and paying for his lavish wedding, however, they expected something in return that he hasn’t yet provided.

“They raised him, educated him, made him capable, made him a pilot — which was expensive,” said Arvind Srivastava, their attorney. “They see people in their neighborhood playing with their grandchildren and feel like they should also have one.”

“They said they didn’t marry (their son and daughter-in-law) off so that they can live alone… So they said that in the next year, either give us a grandchild or give us compensation.” 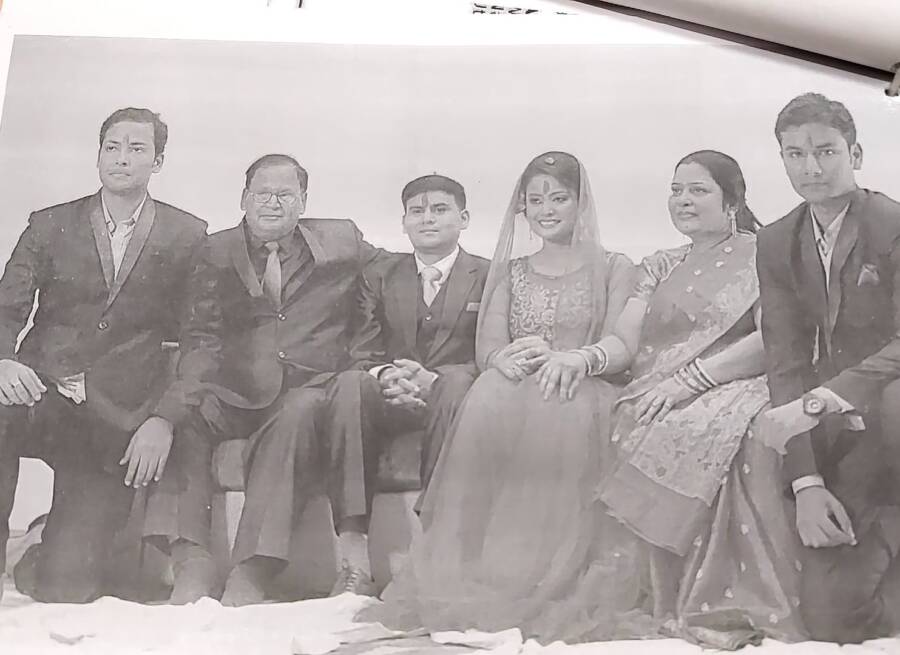 The Prasads sent their son to America in 2006 and paid $65,000 for him to get his pilot’s license. Sagar returned to India in 2007 when he lost his job during the recession, so his parents financially supported him for more than two years. Sagar has since found gainful employment as a pilot, but he has yet to father a child.

A former government officer, Sanjeev Prasad said he and his wife love children. He argued that “all parents wish to be grandparents one day,” and expressed his deep concern that “there is no one to take care” of his son and daughter-in-law, Shubhangi Sinha, when they’re old — unless they have children of their own.

The petition also documented various complaints against 31-year-old Sinha’s family. The case was accepted by a local court in early May. While it’s entirely unclear whether the defendants themselves are interested in having children, Sanjeev Prasad doesn’t care.

“We want a grandson or a granddaughter within a year or compensation, because I have spent my life’s earnings on my son’s education,” he said. “We are not getting love and affection from where we want it the most. I feel very unlucky.”

While this is likely the first case of its kind in India, a 2020 lawsuit regarding the monthly allowance law went to the country’s Supreme Court. Then, a judge told the sons who were trying to resist paying an allowance to their elderly parents: “Don’t forget, you are everything because of (your father).”

While Sanjeev Prasad’s complaints seem entirely personal and rooted in emotion, those issues are deeply interwoven into India’s legal system and culture. In that sense, only hearings and lawsuits will resolve the argument at hand — and either culminate in a hefty payout or new baby born into this world.

“My son has been married for six years but they are still not planning a baby,” said Prasad. “At least if we have a grandchild to spend time with, our pain will become bearable.”

After reading about the Indian couple that sued their son for not giving them a grandchild, learn about the Australian engineer who sued his boss for repeatedly farting on him. Then, read about the Indian man who used deadly snakes to murder his wife.