Born a princess of the Yoruba people in West Africa, Sarah Forbes Bonetta was kidnapped by a rival king at an early age. Then in a twist of fate, she was taken to Victorian England. 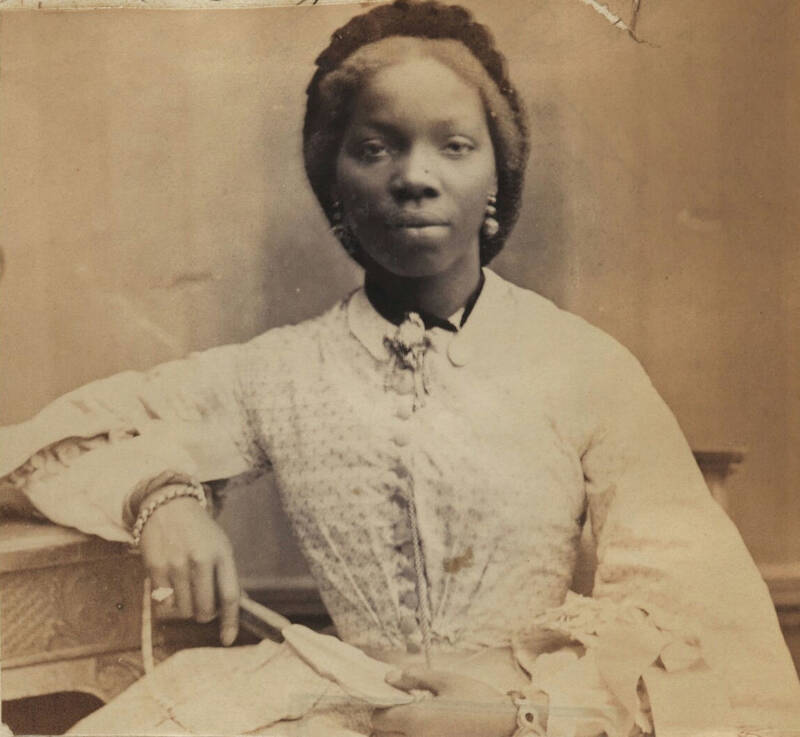 In 1850, Queen Victoria reigned over the largest empire in the world. A few months after giving birth to the seventh of her nine children, Victoria met a young orphan girl who’d been born into royalty.

Sarah Forbes Bonetta had watched as invaders slaughtered her parents and siblings in West Africa. She’d been kidnapped and enslaved. And, at 7 years old, she arrived in England at the court of the world’s most powerful queen.

Victoria was struck by young Bonetta’s intelligence and declared the orphan her goddaughter. The queen welcomed the former princess into the royal household — but the West African princess’s life among white colonial royalty left behind a complicated legacy.

Who Was Sarah Forbes Bonetta?

The Yoruba people of West Africa welcomed a new princess in 1843. Born Omoba Aina, the child would lose her entire family before her sixth birthday. King Gezo, a rival ruler from Dahomey, slaughtered Aina’s family and took her captive, bringing the child back to the Dahomey court.

Two years later, a British captain named Frederick Forbes visited Dahomey, hoping to persuade King Gezo to outlaw slavery. Gezo resisted, but Forbes convinced the ruler to hand over the 7-year-old orphan princess. Forbes promised Gezo, “She would be a present from the King of the Blacks to the Queen of the Whites.” 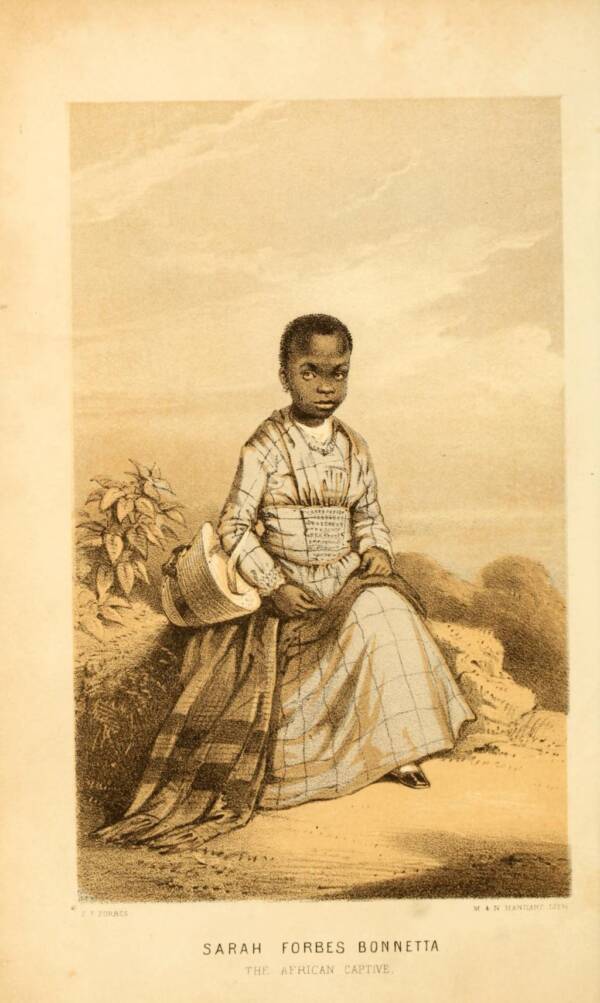 Frederick E. Forbes/Wikimedia CommonsWhen Captain Forbes published his journals about his visits to Dahomey, he included images of young Sarah.

Forbes then baptized the girl as Sarah and gave her the names Forbes after himself and Bonetta, the name of his ship.

“She is a perfect genius,” Forbes wrote. “She now speaks English well, and [has] great talent for music … She is far in advance of any white child of her age in aptness of learning, and strength of mind and affection.”

Captain Forbes penned a letter to Queen Victoria about the orphan princess. He beseeched the queen to take Sarah Forbes Bonetta “under her protection,” concerned that returning the girl to Dahomey would be a death sentence.

In November 1850, Queen Victoria met Bonetta at Windsor Castle. Victoria found the girl “sharp and intelligent,” quickly agreeing to support the orphan. She placed Bonetta with a nearby family who took charge of her education, while the queen paid the girl’s bills and officially named her a royal goddaughter. 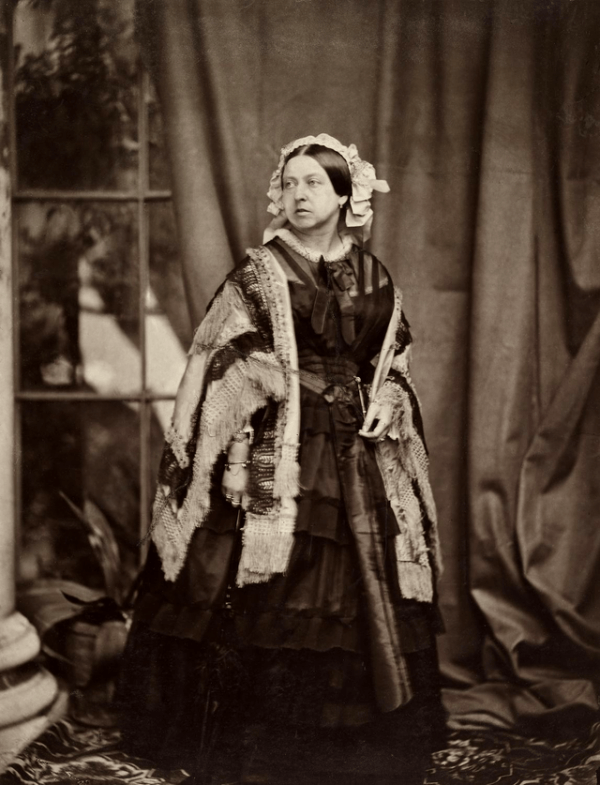 When Bonetta fell ill, Victoria arranged to send the child to Freetown, Sierra Leone. Then a few years later, when she complained of being unhappy, the Queen brought her back to England.

Sarah Forbes Bonetta impressed her tutors with her intellect and musical abilities. As she grew older, she regularly visited the queen at Windsor Castle.

The Marriage Of Sarah Forbes Bonetta 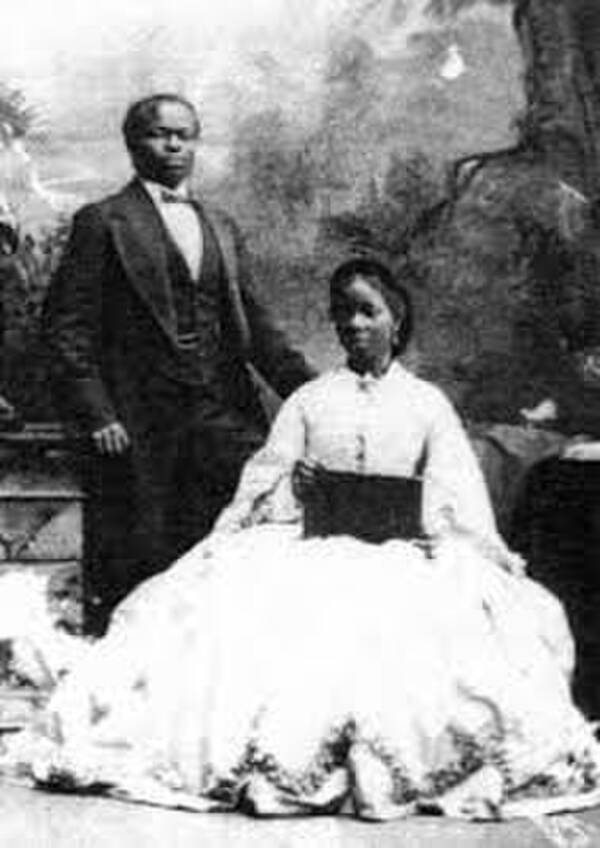 By the time she turned 18, Sarah Forbes Bonetta had earned a reputation as an accomplished woman. Living in Brighton, Bonetta received her first marriage proposal. James Pinson Labulo Davies was a wealthy businessman, and like Bonetta, he came from the Yoruba people.

At first, Bonetta turned down the proposal. But Queen Victoria encouraged the union, which eventually took place in August 1862 at a recently remodeled medieval church.

On her wedding day, Bonetta arrived in a line of 10 carriages which included “White ladies with African gentlemen, and African ladies with White gentlemen.” Sixteen bridesmaids attended her.

After their wedding, Bonetta and James moved to Lagos, in modern-day Nigeria. Shortly after her marriage, she gave birth to a daughter and was granted permission by the Queen to name the child Victoria — the Queen also became her godmother.

Bonetta took on a teaching job and went on to have three children. She visited England one last time in 1867, when she met with Queen Victoria and introduced her daughter to her namesake. 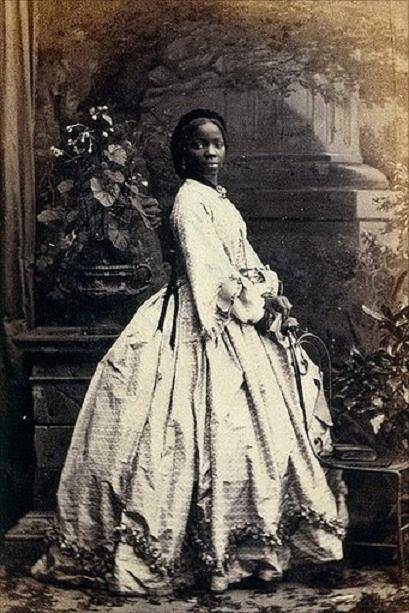 In 1880, Sarah Forbes Bonetta fell ill and died at only 37 years old, likely of tuberculosis. Queen Victoria mourned her goddaughter’s death and officially made Bonetta’s daughter Victoria another goddaughter.

“Saw poor Victoria Davies, my black godchild, who learnt this morning of the death of her dear mother,” Queen Victoria wrote.

The queen supported young Victoria with an annuity and educational expenses, while also encouraging visits to the royal household. When the child passed a music exam, the queen declared a holiday for everyone at her school.

Queen Victoria treated Sarah Forbes Bonetta as a welcome member of the royal household and acted as godparent to her, as well as her daughter Victoria. Bonetta’s history “challenges our assumptions about the status of black women in Victorian Britain,” says artist Hannah Uzor, who recently painted a portrait of Sarah Forbes Bonetta. 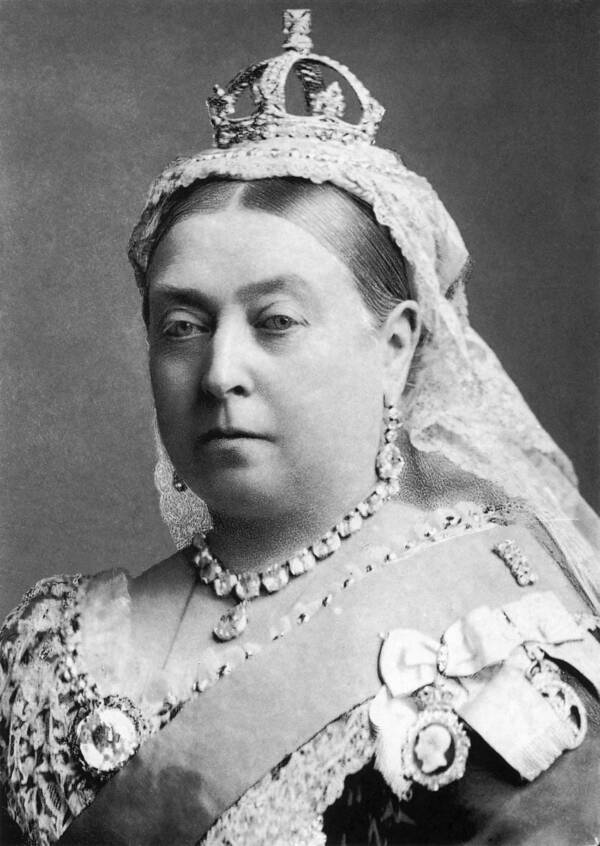 Yet Bonetta also lived in a 19th-century world that treated her differently because of her race. As historian David Olusoga has argued, the British saw the West African princess as proof of “the perceived accomplishments of Britain’s civilizing mission.” Bonetta’s wedding, in particular, became evidence that imperialists were justified in plucking Black children out of Africa and raising them in white society.

As one 19th century newspaper put it, “This wedding of two Anglicized, wealthy, well-connected Africans was proof of the successes that philanthropists and the missionary had over the prejudices of pride and blood.”

Sarah Forbes Bonetta benefitted from her relationship with Queen Victoria. She was certainly better off at Victoria’s court than she would have been as a slave in King Gezo’s. Yet we know little of what Bonetta herself — or Omoba Aina, her birth name — thought about life as Queen Victoria’s goddaughter. In her 37 years, Bonetta left behind a few photographs and only one word written in her hand. She signed her wedding license with the name Aina.

After this look at Sarah Forbes Bonetta, learn about the Dahomey Amazons and their women warriors and then check out photographs of African kingdoms before colonization.