Who Was Sarah Winchester? The Story Of The Troubled Woman Behind The Winchester Mystery House

After her husband died, firearms heiress Sarah Winchester built a "mystery house" — allegedly to escape the ghosts of people killed by Winchester rifles.

The Winchester Mystery House is famous amongst history and mystery aficionados alike with its winding staircases, doors that lead to nowhere, and reported hauntings. But while the house remains a popular destination, its fascinating owner Sarah Winchester is often an afterthought.

The Early Life Of Sarah Winchester 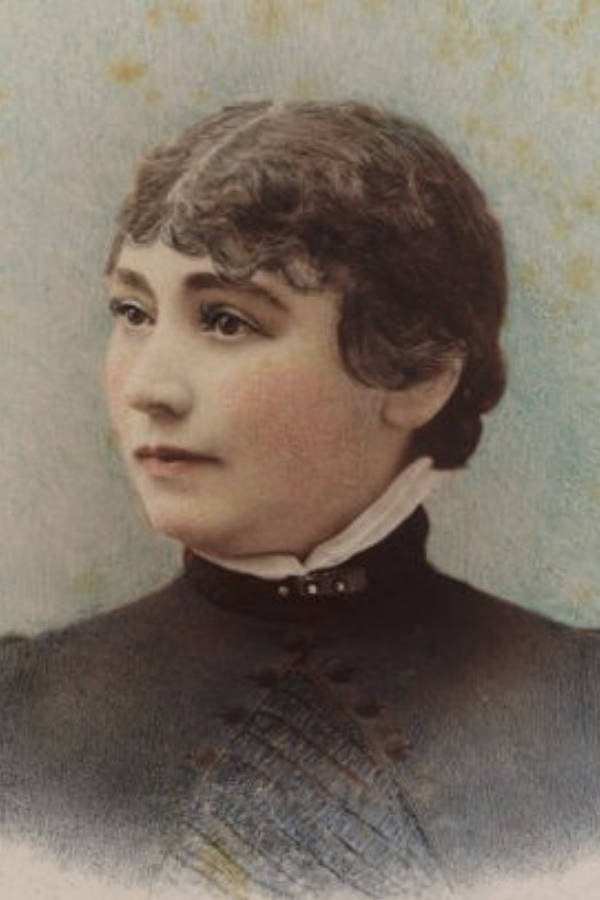 Prior to the building of the Winchester Mystery House — and perhaps to the dismay of horror buffs — Sarah Winchester was an ordinary, albeit wealthy, woman.

Born in New Haven, Connecticut to upper-class parents around 1840, Sarah Lockwood Pardee enjoyed the spoils of a luxurious life. Her father, Leonard Pardee, was a successful carriage manufacturer, and her mother was popular in the upper echelons of New Haven’s society.

The family ensured that their seven children were well-rounded: Sarah learned four languages as a child and was admitted to the “Young Ladies Collegiate Institute” at Yale College.

Her high position in society put Sarah in an excellent position for marriage to an equally-privileged man.

To make matters easier, the Pardee family was acquainted with several other affluent families through their church. By the time Sarah was of age to marry, her parents already had someone in mind — a man who would ensure their daughter would be taken care of for her entire life. His name was William Wirt Winchester.

The only son of firearms manufacturer Oliver Winchester, William was heir to the Winchester Repeating Arms Company.

The company had made a name for itself as one of the first to mass-produce firearms with the ability to fire multiple rounds without reloading. In particular, the 1873 model was incredibly popular with settlers and was widely used during the American Indian wars.

Between the massive sales and increasing popularity, the Winchester family amassed quite a fortune — a fortune that would one day become the foundation of Sarah Winchester’s strange obsession.

William and Sarah Winchester married in September 1862. During the marriage, William worked as treasurer for his family’s company alongside his father. Four years into the marriage, Sarah bore a daughter named Annie Pardee Winchester.

Unfortunately, the Winchesters’ joy would be short-lived. Just 40 days after her birth, young Annie would die of marasmus, a rare disease in which the body suffers malnutrition due to an inability to metabolize proteins. 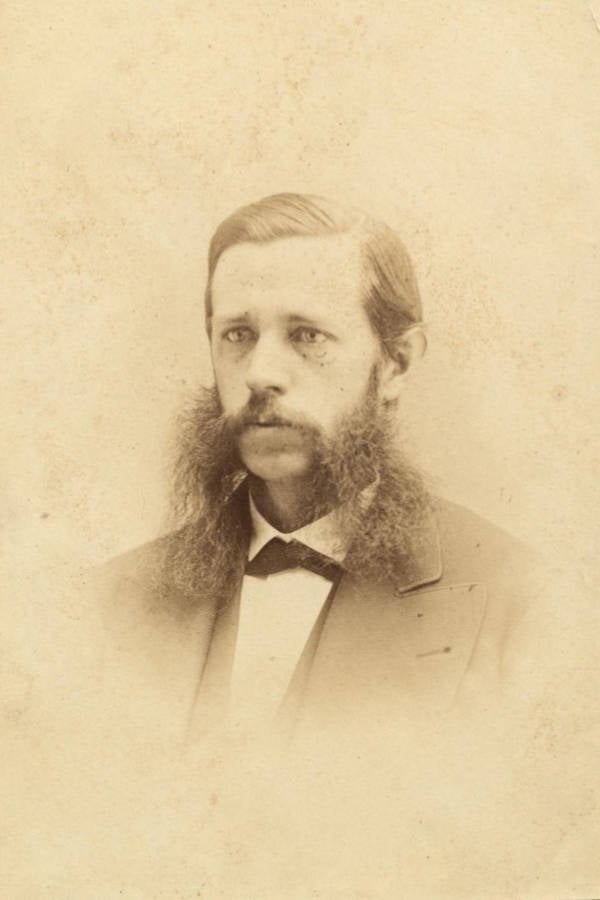 By some accounts, Sarah Winchester never quite recovered from the death of her infant daughter. Though she and William remained married, Sarah became increasingly distressed, often over the source of the company’s — and thus her own — wealth. In her eyes, the Winchester family business profited from death, something she couldn’t cope with.

To further complicate matters, William’s father Oliver died in 1880, leaving the company in the hands of his only son. Then, just a year later, William himself suddenly fell ill and died from tuberculosis, leaving everything to Sarah.

Suddenly, Sarah Winchester was in possession of a $20 million fortune (equivalent to about $500 million in the present day) as well as a 50 percent stake in the Winchester Arms company. Though she never took up a position in the business, her stake left her with a continuous income of $1,000 a day (or about $26,000 a day in 2019 dollars).

In a short period of time, Sarah Winchester lost her daughter, husband, and her father-in-law, and gained a fortune capable of keeping a small country afloat. Now the only question was what to do with it.

A Message From Beyond 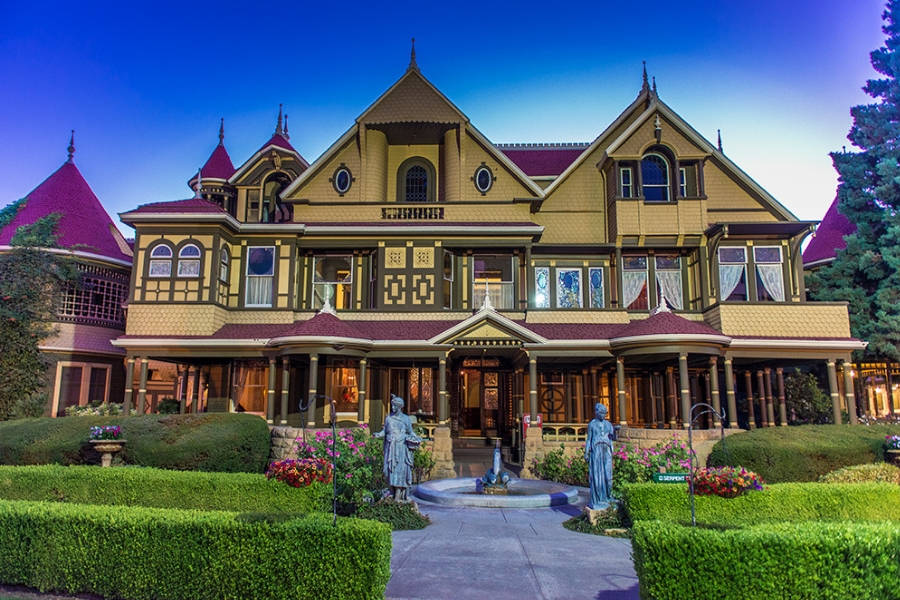 In Sarah Winchester’s opinion, her newfound fortune was blood money, earned from what she saw as the untimely deaths of thousands of people.

In her search for what to do with the money, Winchester sought the help of a medium in Boston, a few hours north of her New Haven home. As the story goes, Winchester shared her guilt over the numerous victims of Winchester guns with the medium. According to him, Sarah would be tormented unless she appeased the spirits of these victims.

He told her that the only way to do that was to move west and build a house for the lost souls.

Not one to risk eternal damnation at the hands of angry spirits, Sarah Winchester made it her mission to follow the medium’s advice. Soon after her visit, she packed up and moved as far west from New England as she could — to the sunny bayside city of San Jose, California.

Inside The Winchester Mystery House 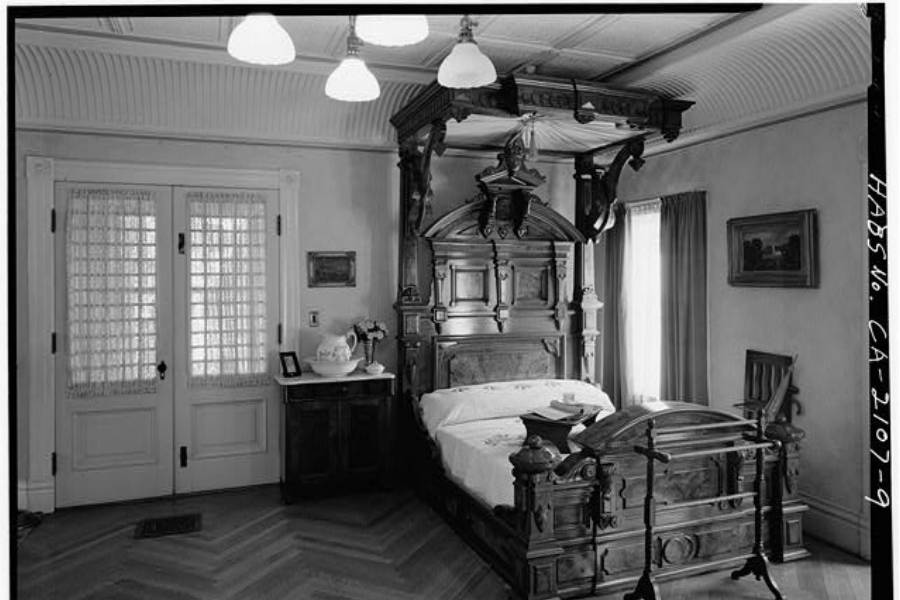 Library of CongressSarah Winchester’s bedroom in her mystery mansion.

In 1884, Sarah Winchester purchased an unfinished farmhouse in the Santa Clara Valley. Instead of hiring an architect, she enlisted the services of a team of carpenters and directed them to build directly onto the farmhouse as she saw fit.

Before long the rundown farmhouse was a seven-story mansion, built by a team working round the clock while Winchester was also regularly visited by spiritualists and mediums from across the city. According to local legend, Winchester invited these spiritualists to direct her on how to best appease the spirits (still, it would seem, fearing a life of endless haunting).

Whatever the answer from these spiritualists was, Winchester never ceased construction on her mansion, continuously making additions and adjustments for the sake of its spectral inhabitants.

In an effort to “confuse” any ghosts hoping to contact her directly, Sarah Winchester added several unusual touches: staircases that ended abruptly, windows that opened to interior rooms, doorways that opened to several-story drops, and hallways that appeared to go nowhere before circling back onto themselves.

Perhaps she hoped these ghostly apparitions would simply get lost on their way to haunting her. 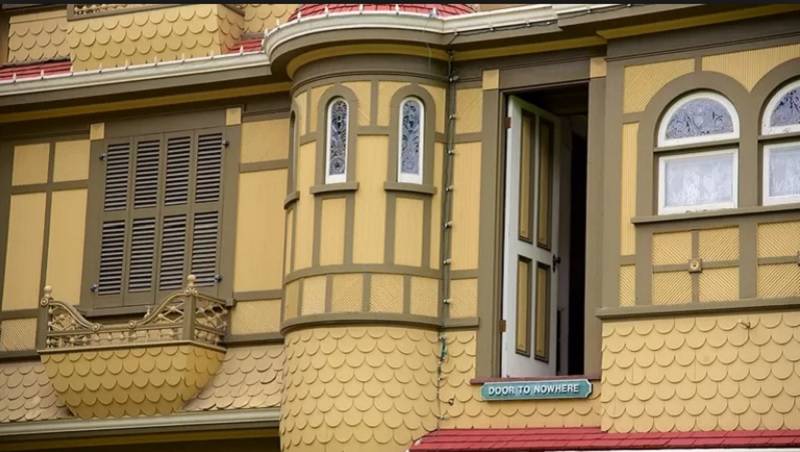 A door to nowhere in the Winchester house.

In addition to making these strange modifications, she made quite a few additions for herself. Luxury fixtures adorned the mansion, including parquet flooring, crystal chandeliers, gilded doorways, and even stained glass windows handcrafted by Tiffany & Co’s first design director Louis Comfort Tiffany.

The home also had the most advanced technology money could buy, including forced-air central heating and hot running water. In this sense, the home showed off Sarah Winchester’s fortune in all of its excessive splendor and paranormal inclinations.

More Than Just A Mansion

Although Sarah is best known for building what would come to be known as the Winchester Mystery House, she also left other marks on the world. Four years into the construction of the mansion, Sarah Winchester purchased a 140-acre patch of land in what is now downtown Los Altos, California, as well as a nearby farmhouse for her sister and brother-in-law.

While she lived at the Winchester mansion during its construction, Sarah also maintained a houseboat in San Francisco in her later years.

Local legend claims that Winchester kept the boat, known as “Sarah’s Ark,” as an insurance policy for an Old Testament-style flood that Winchester imagined coming in the future. The more likely explanation, however, is that the wealthy socialites Winchester spent time with also had houseboats, and the Ark was a way of maintaining her status.

A Peaceful Death For Sarah Winchester After A Restless Life 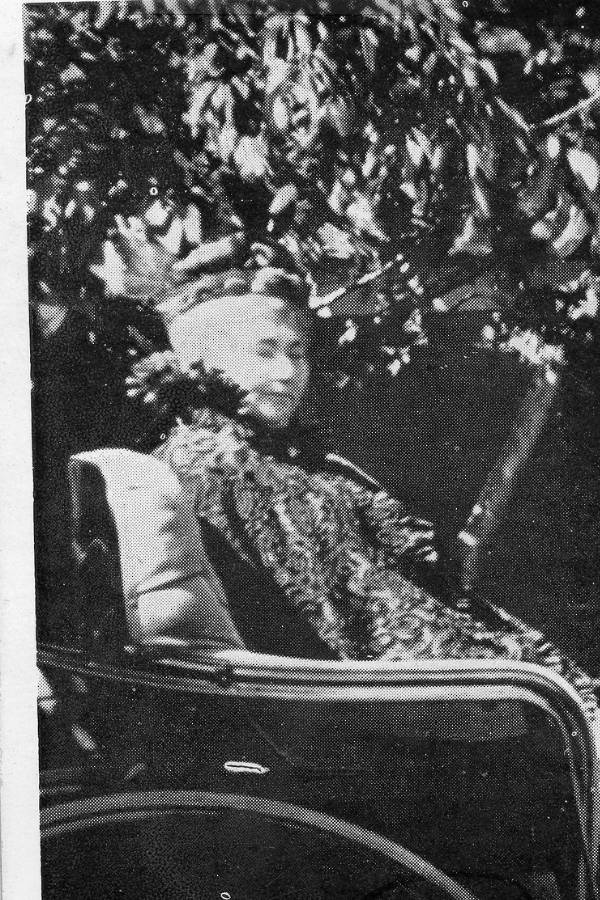 From the time she moved to San Jose in the late 1800s, Sarah Winchester made quite the name for herself thanks to her obsession with the afterlife. She had to put up with rumors of insanity and supernatural possession for the duration of her life.

Then, in September 1922, Sarah Winchester passed away peacefully in her sleep. Her house went into the hands of her secretary and niece, who sold it at auction.

Today, it remains a bustling tourist attraction in San Jose, drawing everyone’s attention with its strange hallways, doors, windows, and over 160 rooms.

The Winchester Movie — Truth Or Fiction?

Trailer for the 2018 film Winchester based on Sarah Winchester.

In the last couple of years, the house and Sarah Winchester herself have seen a resurgence in popularity thanks to the release of the horror film Winchester. Starring Helen Mirren as Sarah Winchester, the film depicts a woman crippled by grief who builds a house to appease the spirits of her husband’s bloody business. Unfortunately, that’s the full extent to which the film matches up with reality.

Most importantly, there is no proof of demonic possession, ghostly apparitions, or any kind of hauntings in the Winchester house. But that hasn’t stopped urban legends to continue to circle this curious building and drive thousands of people to see it every year.

Next, check out the full story of Sarah Winchester’s Winchester Mystery House. Then, read about Antilla, another wildly extravagant house.