On October 17, 2015, Sasha Samsudean safely returned home after a night out in Orlando, Florida — only to be murdered by Stephen Duxbury, the security guard in her building. 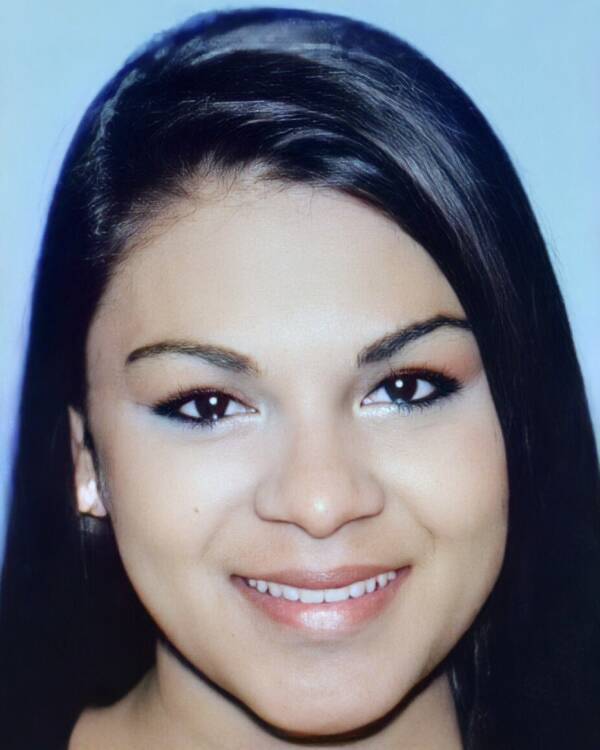 TwitterSasha Samsudean was murdered in her own apartment in October 2015, and police were shocked to find that the building security guard was to blame.

In October 2015, well-liked Orlando, Florida, professional Sasha Samsudean returned to her apartment building after a night out with friends. Intoxicated and confused trying to find her apartment, Samsudean was assisted by the building’s seemingly helpful, 24/7 security guard.

When Samsudean was found strangled in her bed a few hours later, dedicated homicide investigators followed the trail of video evidence which led directly to the building security guard: a disturbed man named Stephen Duxbury.

This is the disturbing story of Sasha Samsudean’s murder.

The Final Hours Of Sasha Samsudean

Sasha Samsudean was born in New York on July 4, 1988. Growing up in Orlando, Florida, Samsudean went on to graduate from the University of Florida, working for a real estate company specializing in Orlando apartment rentals, 407 Apartments.com The apartment company still contains a past contributor profile of Samsudean where she is listed as a local expert, describing herself as the “cupid of apartment hunting.”

In 2015, Samsudean was living at Uptown Place Condominiums, in Orlando’s downtown entertainment district, a secure and modern building with 24/7 security video cameras, and digital key codes for each unit. Tragically for Samsudean, these security measures didn’t prevent a horrifying threat that came from within.

In the early morning hours of Oct. 17, 2015, Samsudean left Orlandos’ Attic Nightclub alone having been out with a group of friends. Despite not seeing Samsudean again that night, a friend of hers, Anthony Roper knew he was meeting her for breakfast later that morning.

Roper thought it strange later that morning when Samsudean didn’t show up for breakfast. Samsudean was an active social media user but hadn’t responded to any form of messaging or phone calls. Later that day, after their repeated calls and messages went unanswered, Roper and two other friends headed over to Samsudean’s address.

They grew increasingly concerned when they noticed a present sitting in her car that she was supposed to have taken to a baby shower that day. When Samsudean, who lived alone, didn’t answer her door, Roper called the police requesting a welfare check that evening according to Click Orlando.

Police officers encountered a strong smell of bleach as soon as they walked in, and found Samsudean dead lying in her bed wrapped up in her comforter — partially clothed. Samsudean’s shirt and bra had been ripped open, with her pants and underwear missing, yet her apartment had shown no signs of forced entry. Samsudean had been strangled, with the medical examiner confirming blunt trauma to her head, and upper and lower abrasions consistent with somebody forcefully restraining her.

But try as he might to completely remove evidence using bleach, a male had left traces of himself in Samsudean’s apartment. For a start, the toilet seat was up: “That was something I would never expect in any apartment or home where only a woman lives,” William Jay, the prosecutor for the State’s Attorney’s Office would later say according to Oxygen.

Fingerprints were found underneath the toilet seat lid, and partial shoe prints were located on the floor. When swabs were taken from Samsudean’s chest and neck area, they revealed the presence of foreign DNA.

With the building’s security footage not readily available, homicide investigators spoke with the security guard on duty that night, Stephen Duxbury. The security guard told investigators that he had interacted with Samsudean and two other women at the entrance of the building, but Samsudean didn’t produce ID or a key card, so he couldn’t grant her access. When another resident had arrived, Samsudean followed him inside, and Duxbury claimed to have last seen Samsudean fumbling with the security code outside her apartment.

The two women who brought Samsudean home were tracked down, telling investigators they were in an Uber that night when they stopped for an intoxicated Samsudean walking along the street. Concerned for her safety, they had Samsudean get in the car and brought her back to her building. After Samsudean had gained access, the women left, rightly assuming Samsudean should have been safe with an overnight security guard present.

The man who Samsudean followed in that night was identified through the building’s digital key logs, and he was cleared through a DNA swab, telling investigators that Samsudean appeared “pretty drunk.”

An upstairs neighbor then came forward saying she had seen Samsudean in the hallway that night, and she was being followed by the security guard. When investigators reviewed the building’s security footage, they observed Duxbury’s suspicious behavior — which completely conflicted with his original account. 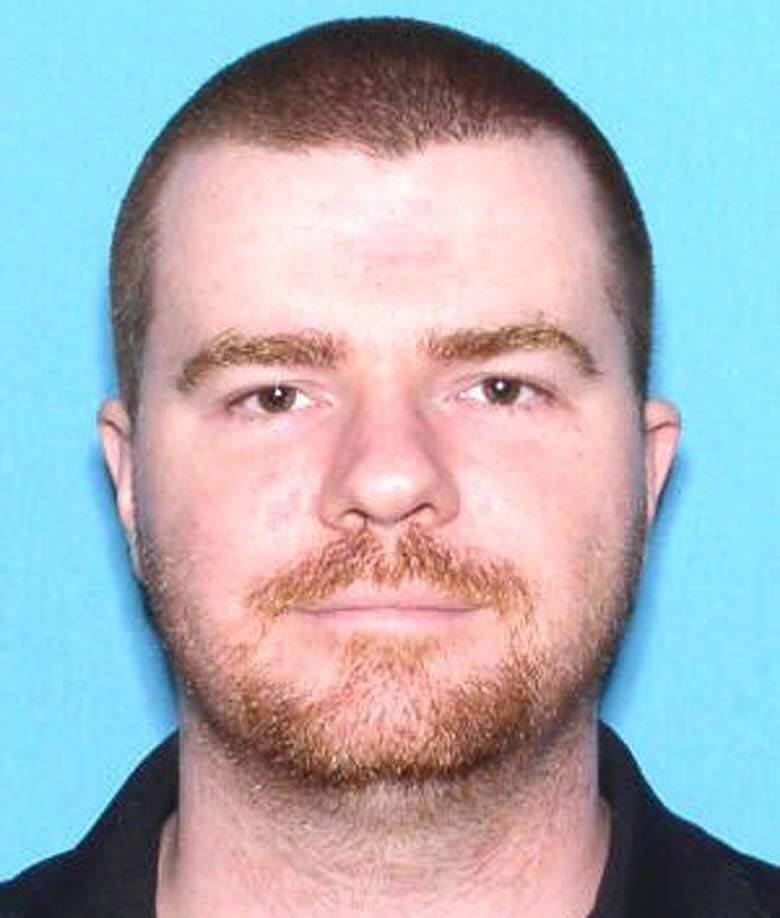 The security footage from 1:46 a.m. shows Samsudean spending her last morning on earth wandering the exterior floors and stairways of the building, both trailed, and at times accompanied, by her murderer. Duxbury stalks the floors and staircases close to Samsudean for almost 40 minutes, using his own key through several sealed access doors.

Under the veneer of a professional security guard, Duxbury senses opportunity with an intoxicated and vulnerable Samsudean, while well aware that the buildings common-area hallways are not covered by surveillance cameras.

At 6:36 a.m. Duxbury is captured in uniform carrying white refuse bags with red handles out of a doorway leading to the second-floor garage where his car was parked according to court documents. A minute or two later, Duxbury is seen walking back into the building without the bags, having originally told investigators he left work at 6 a.m. Garbage collection was not part of security guards’ duties at Uptown Place — and the same bags were found in Samsudean’s apartment.

The digital and physical evidence started implicating Duxbury, as investigators obtained a search warrant for his home and phone. On October 17 at around 5 a.m., technicians found that Duxbury used his smartphone’s browser seeking information on how to override a Kwikset digital — exactly the type of lock on Samsudean’s front door.

This coincided with a 90-minute time period where Duxbury was absent from any security video or any other security-related patrol data. Duxbury’s fingerprints — provided as a requirement for his employment as a security guard, matched the print on the rim of Samsudean’s toilet seat, and a thumbprint on her nightstand.

DNA found on Samsudean’s breast then came back conclusively as Duxbury’s, and the soles of some boots Duxbury wore, appeared to be a match for shoeprints in the apartment. Agreeing to a polygraph, Duxbury’s answers about Samsudean’s murder were bald lies, claiming to have never entered or ever been inside Samsudean’s apartment. 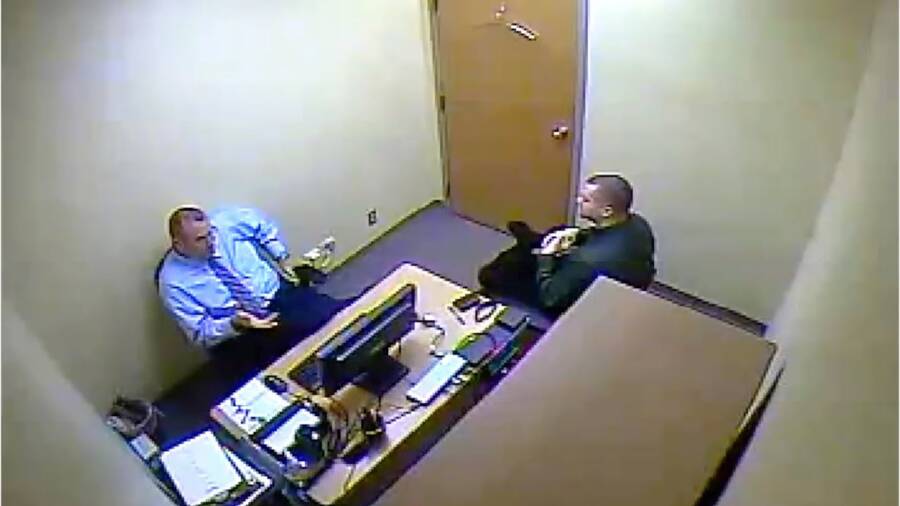 On Oct. 30, 2015, Stephen Duxbury was arrested and charged with first-degree murder, attempted sexual battery, and burglary. After a six-day trial, Duxbury was found guilty of all charges on Nov. 21, 2017, receiving two life sentences without parole for the first-degree murder of Samsudean, and an additional 15 years for the burglary conviction.

Samsudean’s parents then filed a lawsuit against the building, the security company, and the lock manufacturer. Duxbury had been hired by Vital Security in 2015, and despite passing the state level FBI background check, was soon the subject of numerous resident complaints from Uptown Place.

Chillingly, in May 2015, a young female resident had reported that Duxbury was “acting sketchy” after he followed her back to her apartment reported Click Orlando. The lawsuit laid responsibility with the lack of surveillance video cameras monitoring the common-area hallways, “this failure created the opportunity for Duxbury to break into Samsudean’s apartment while she was asleep without detection or interference.”

After learning about the senseless murder of Sasha Samsudean, read about Emma Walker, the cheerleader killed in her bed by her enraged ex.. Then, learn about ‘Suitcase Killer’ Melanie McGuire.