Saudi Woman Jailed For Tweets About Beards In Islam

Souad al-Shammary has continued to tweet to hundreds of thousands after her release from prison. 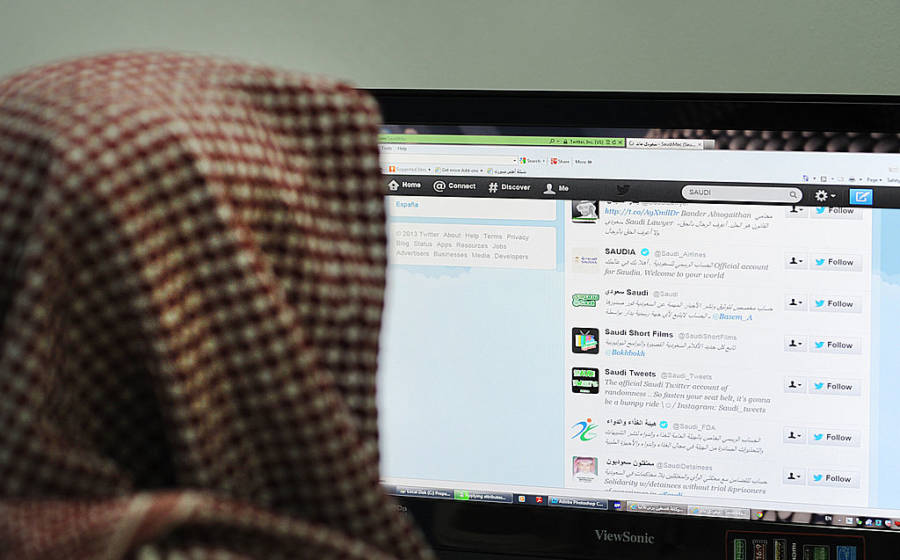 It’s not easy for a tweet to land you in jail, but that’s precisely what happened to Souad al-Shammary.

Officials in Saudi Arabia arrested al-Shammary for tweeting a picture of various kinds of bearded men — an Orthodox Jew, a hipster, a communist, an Ottoman Caliph, a Sikh and a Muslim — as part of an argument against the idea that a beard was what makes a man holy or Muslim. al-Shammary pointed out that one of the Prophet Muhammad’s biggest critics had a longer beard than he did as well.

The Saudi response was swift. The country’s elite called al-Shammary wicked and evil, a hypocrite and a disbeliever. A member of Saudi Arabia’s highest religious council, Sheikh Abdullah al-Manee, even called her malicious in public calls for her speedy trial, saying to a state-linked newspaper that “Souad al-Shammary is a criminal and she will be held accountable for her transgressions against the prophet.”

After police interrogated her several times, Saudi Arabia detained al-Shammary in the Jiddah’s Briman prison for three months in 2014 without a trial or conviction. During her time behind bars, al-Shammary continued her advocacy, explaining legal rights to her follow inmates.

Coincidentally, female Muslim missionaries began to appear more around the prison as a response, telling women it was the will of God they were there.

As a prominent women’s rights activist in Saudi Arabia, al-Shammary had a bulls-eye on her back. She isn’t alone. Blogger Raif Badawi, who is currently serving a ten-year prison sentence on top of getting lashed 50 times in public, helped found online forum Free Saudi Liberals Network with al-Shammary.

al-Shammary has likewise paid a price for voicing her mind. Saudi officials have barred her from traveling abroad, her father has disowned her in public, her brothers ended up hospitalized after coming to blows with others while defending her, and students ostracize her children at school.

But al-Shammary is sworn to advancing women’s rights in Saudi Arabia. A former public school teacher, al-Shammary holds a degree in Islamic studies from the University of Ha’il and knows her religious materials.

“I have rights that I don’t view as against my religion. I want to ask for these rights, and I want those who make decisions to hear me and act,” said al-Shammary to The Associated Press. “You can wear lipstick and take care of your looks. I would say to them: This isn’t forbidden.”

al-Shammary has continued to tweet to her more than 207,000 followers after her release from prison. According to The Associated Press, she weighs her words more than before, despite the conservative Salafi turned liberal’s unwavering nature.

Her brazenness, al-Shammary said, is part of her character. Saudi Arabia will have to get used to it.

Next, check out how Saudi women are turning to bumper cars to get around, before reading what the West gets right and wrong about women in Islam.