The Horrifying History Of Scaphism, The Excruciating Execution Method Of Ancient Persia

Convicted criminals sentenced to die by scaphism would endure weeks of torture thanks to little more than some milk and honey, a pair of boats — and swarms of hungry vermin. 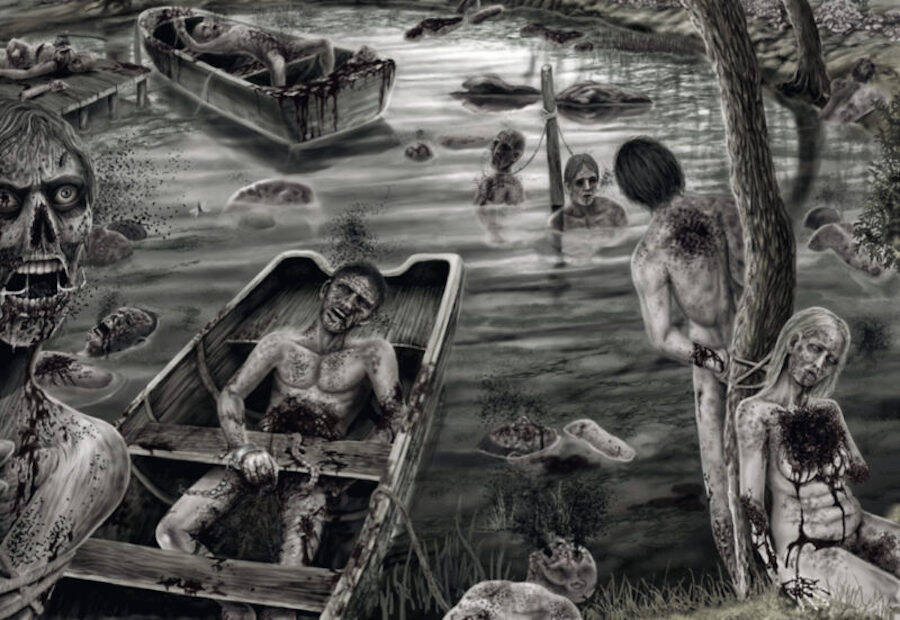 Based in the Greek word “skáphē” which translates to “bowl” or “grave,” scaphism remains one of the most macabre execution methods ever devised by humankind.

Humans have dreamed up a variety of gruesome and inspired ways to kill each other for millennia. From medieval execution methods to the botched executions of today, each historical period used the tools at hand to cruelly extinguish those it deemed unworthy.

The Persian Empire arguably trumped them all, however, when it created scaphism around 500 B.C.E. This ancient execution method was also known as “the boats,” as victims were placed in two hollowed-out logs or boats before their suffering even began.

With their heads and limbs sticking out and their bodies trapped inside, the victim was force-fed milk and honey. Their uncontrollable diarrhea filled the boats as executioners poured honey over the victim’s face — and vermin arrived to not only feast upon the prisoners, but enter their bodies to fatally eat them from the inside out.

It’s important to note that no tangible proof of scaphism exists. But also, after more than two millennia, any human remains or evidence of the torture would have been long destroyed. As it stands, the first historical mention of scaphism was in the works of Greek-Roman philosopher Plutarch. 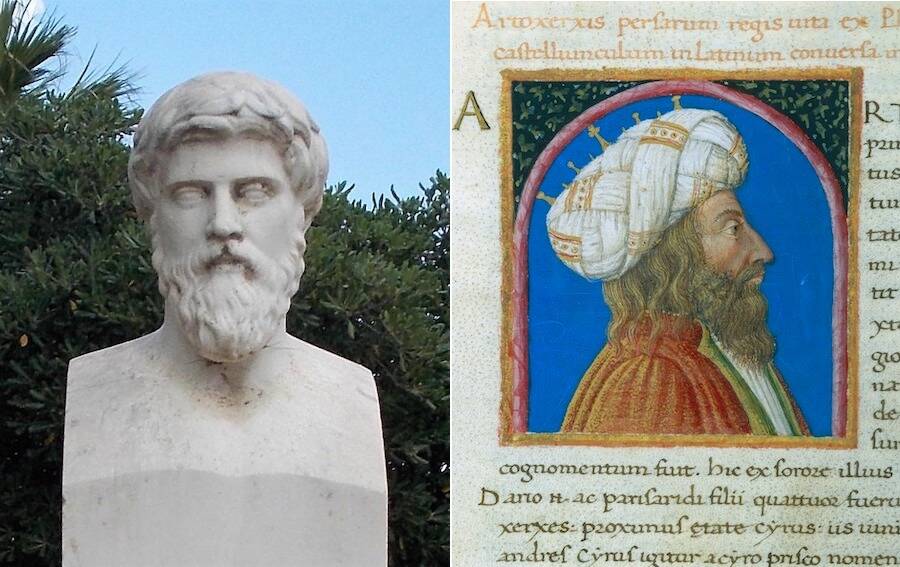 Plutarch himself had seen such an execution after a soldier named Mithridates killed Cyrus the Younger, the brother of King Artaxerxes II. While Mithridates had stopped Cyrus from overthrowing the king and Artaxerxes was grateful, Artaxerxes demanded he keep this a secret — and tell others it was he who had slain Cyrus.

Mithridates would forget about that covenant and drunkenly boast about killing Cyrus himself at a banquet. When King Artaxerxes II heard of this, he sentenced him to die by scaphism for his treachery and demanded he perish slowly. Ultimately, Mithridates endured 17 days of scaphism before he died.

Plutarch wrote that the king “decreed that Mithridates should be put to death in boats; which execution is after the following manner: Taking two boats framed exactly to fit and answer each other, they lie down in one of them the malefactor that suffers, upon his back.”

“Then, covering it with the other, and so setting them together that the head, hands, and feet of him are left outside, and the rest of his body lies shut up within, they offer him food, and if he refuse to eat, they force him to do it by pricking his eyes; then, after he has eaten, they drench him with a mixture of milk and honey.” 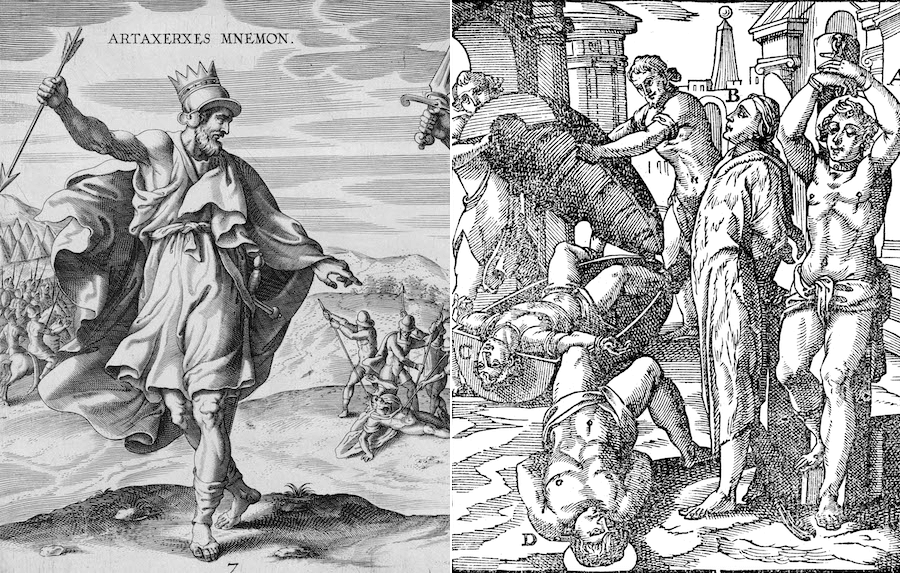 Plutarch detailed how this mixture was also poured on the victim’s face which blistered in the sun as the days-long torture continued. Initially, only flies would be drawn to the victim. As the prisoner defecated in the enclosed boats and vomited, however, vermin emerged to crawl inside their orifices.

“When the man is manifestly dead, the uppermost boat being taken off, they find his flesh devoured, and swarms of such noisome creatures preying upon and, as it were, growing to his inwards,” wrote Plutarch. “In this way Mithridates, after suffering for seventeen days, at last expired.”

Death By ‘The Boats’

Joannes Zonaras further detailed the horrors of scaphism in the 12th century. While Zonaras merely based these observations on Plutarch’s own, the Byzantine chronicler opined that ancient Persians “outvie all other barbarians in the horrid cruelty of their punishments” that came after.

Zonaras also explained that the boats were firmly nailed together to guarantee there was no escape. “Next they pour a mixture of milk and honey into the wretched man’s mouth, till he is filled to the point of nausea, smearing his face, feet, and arms with the same mixture, and so leave him exposed to the sun,” he wrote. 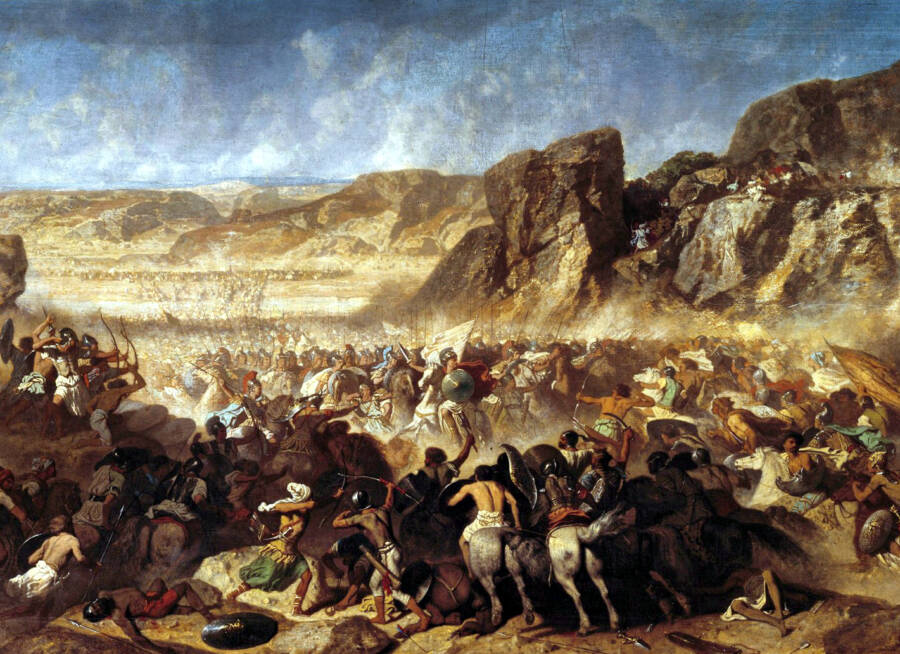 “This is repeated every day, the effect being that flies, wasps, and bees, attracted by the sweetness, settle on his face and … torment and sting the wretched man. Moreover his belly, distended as it is with milk and honey, throws off liquid excrement, and these putrefying breed swarms of worms, intestinal and of all sorts.”

While it seemingly couldn’t get worse, executioners would allegedly pour additional heaps of milk and honey onto the prisoner’s soft tissues — namely, their genitals and anuses. Small insects would then flock to these areas to feed, and worse, infect the wounds with bacteria.

Those infected wounds would invariably begin to leak pus and spur the arrival of maggots that would also breed inside their body while delivering even more diseases. It was at this point that vermin such as rats would arrive to gnaw on the dying victim and force their way inside.

True believers are confident that scaphism was a real execution method that emerged in ancient Persia, but claim it was nonetheless employed only on the most brazen of criminals, ranging from traitors to the crown to ruthless murderers. Ultimately, however, not everyone is as convinced. 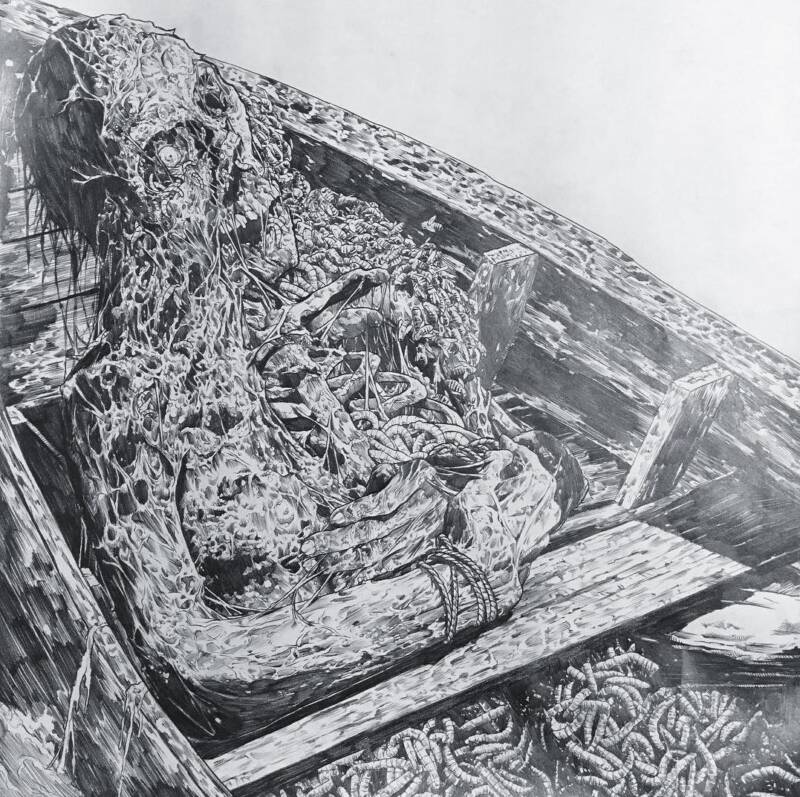 Many scholars have since suggested that the practice was entirely fabricated. After all, the first historical mention of this ghastly act emerged centuries after Mithridates’ supposed execution. Furthermore, that account just so happened to be witnessed by a philosopher who traded in engaging prose.

For the skeptics, scaphism was almost certainly a literary invention by dishonest yet creative ancient Greeks. However, Artaxerxes II, Mithridates, and Cyrus the Younger were real, historical figures. Furthermore, execution methods just as macabre as scaphism would accumulate in the centuries to follow.

In that sense, it’s certainly plausible that these execution were real — and countless prisoners died some of the most horrible deaths in human history.

After learning about Scaphism, read about Israel’s cannabis rituals from the eighth century B.C. Then, take a look at 30 ancient demons from a Persian demonology book.