The creature's long tail, undistinguishable features, and horrid smell have everyone guessing what it could be. 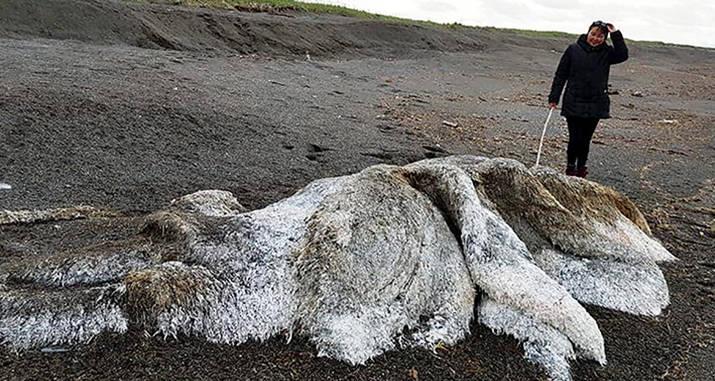 A mysterious sea creature discovered on a Russian beach has left everyone scratching their heads.

The foul-smelling, “hairy sea monster” washed up on the shore of the Bering Sea on the Pacific side of the Kamchatka peninsula, according to The Siberian Times.

The behemoth is said to be more than three times the size of a man and has no distinguishable head or eyes. It is covered with white and gray hair that Svetlana Dyadenko, the woman who found the beast and captured it on video, says is tubular.

“The most interesting thing to me is that the creature is covered with tubular fur,” Dyadenko said according to The Siberian Times. “Could it be some ancient creature? I wish scientists could inspect this enigma that ocean threw at us.”

The creature’s tubular hair is hollow and colorless, similar to the type of hair found on polar bears, according to Gizmodo. The animal also appears to have a long tail, or possibly a tentacle.

Dyadenko posted the video above on YouTube and people quickly chimed in on the comment section with their theories about what the creature could be.

One commenter suggested that it could possibly be the remains of an extinct woolly mammoth that might have been released from the thawing permafrost. However, Dyadenko replied that she believes the creature more closely resembles a “hairy octopus.”

One commenter suggested that the carcass could belong to a globster. According to The Siberian Times, the term “globster” was first used in 1962 to describe a mysterious carcass that had “no visible eyes, no defined head, and no apparent bone structure,” similar to this creature that washed up on the Russian beach.

Experts say that globsters can resemble large octopi and some might even have bones and tentacles, but none of them are usually as completely covered in hair as this most recent one. 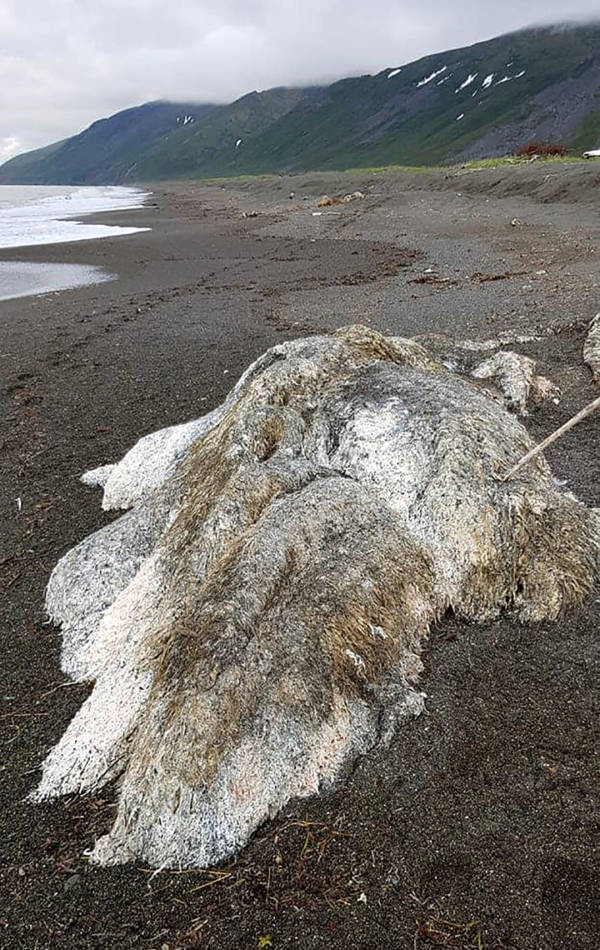 Some scientists have suggested that globsters are just the carcasses of dead large sea creatures. Sergei Kornev, a marine biologist in Kamchatka, seems to agree, telling The Siberian Times that the creature is mostly like a whale.

“Under the influence of the sea, time, and various animals, from smallest to the largest, a whale often takes on bizarre forms,” Kornev said. “This is only part of a whale, not a whole one.”

This mysterious creature is just the latest discovery among a slew of odd animals found on beaches across the globe.

In March 2018, a man in Waycross, Ga. was walking along the beach with his son when they spotted the carcass of an unidentifiable sea creature. With its long neck and small head, the residents of the town said it reminded them of “Alty” or Altahama, which is their own local version of the Loch Ness Monster.

One big question still remains: Are these bizarre carcasses found on beaches merely the decaying bodies of familiar animals or are they evidence that unidentified creatures do, in fact, lurk in our oceans?

Want more strange monsters? Check out these 30 photos of weird creatures pulled up by deep-sea fisherman Roman Fedortsov. Then, discover some of Earth’s most bizarre real-life monsters and the truth behind each.