The unidentifiable blob-like animal is likely a decomposing sea creature, but some locals see it as a bad sign of things to come. 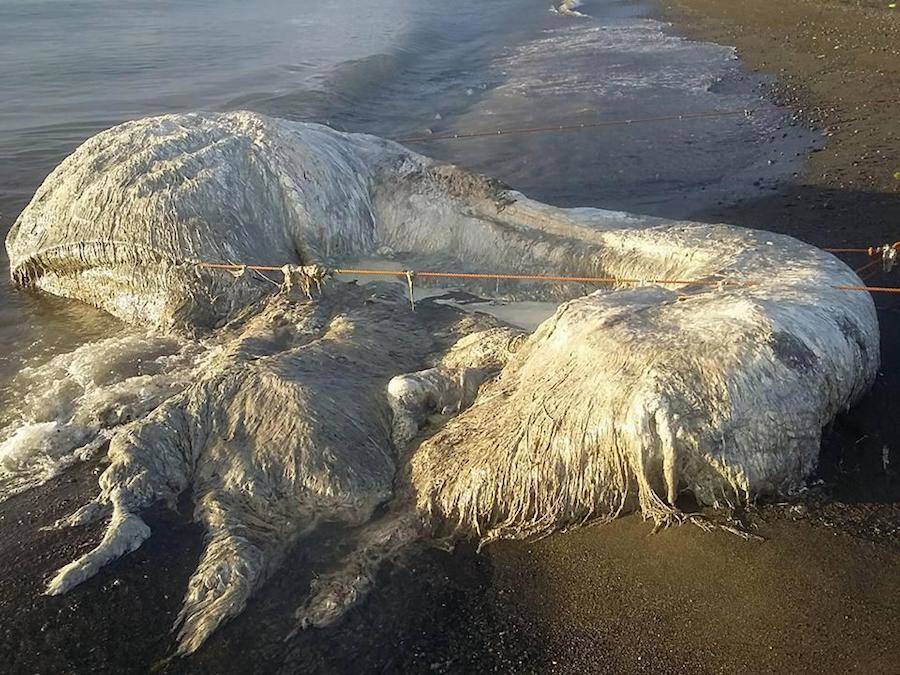 Viral Press/The SunLocals think the creature is a warning sign of something bad to come.

The carcass of a strange, 20-foot-long sea creature washed up on a beach in the Philippines over the weekend. Except for massive amounts of shaggy grey hair and a reported putrid smell, the unidentified creature lacks features.

Two men with ropes pulled the creature out of the water, while locals gathered at the San Antonio beach where it was found to get a close look and take photos. They named it a “globster” based on its blob-like appearance. 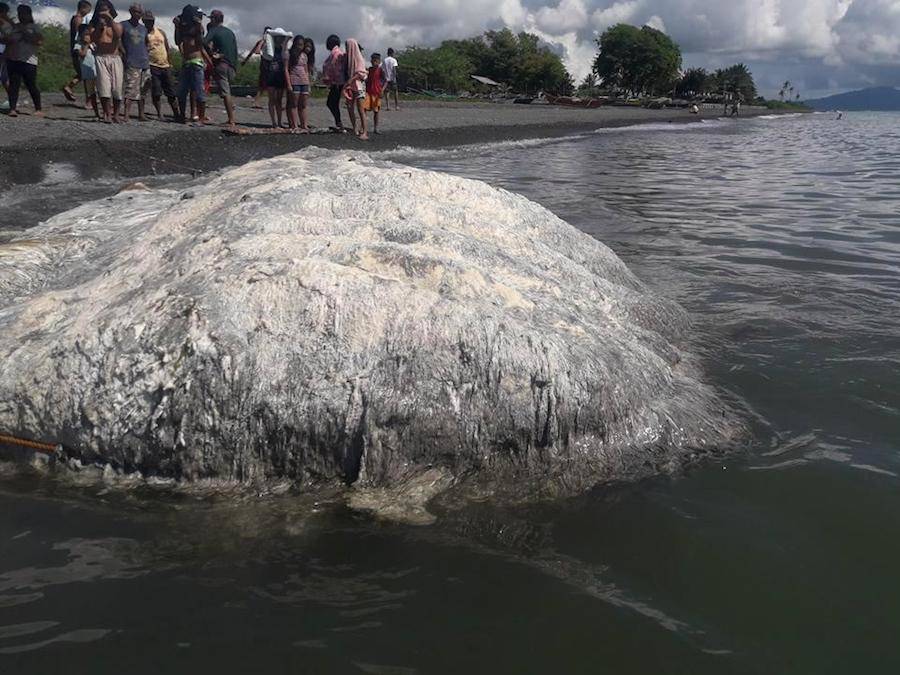 Viral Press/The SunLocals came to check out the unidentified “globster.”

Though unusual, this isn’t actually the first spotting of a “globster.” In 2017, a similar creature with long shaggy hair weighing over 4,000 pounds surfaced on the shores of the Dinagat Islands in the Philippines.

“It’s definitely a very decomposed sea creature in the later stages of decomposition,” Lucy Babey, head of science and conservation for the charity called Orca, said at the time. They also believed the shaggy “hair” was decomposed muscle fibers.

As for this most recent finding, government officials sent tissue samples to be tested at a lab. “For now, we can say it’s a whale, but the exact species is still unknown,” said Vox Krusada, the fishery law enforcement officer who took the tissue samples.

Krusada also said that after being that close and getting the full power of the smell he “almost puked.”

“And damn it smells awful. It smells like something from another planet,” he said.

Workers from the Bureau of Fisheries and Aquatic Resources region will safely dispose of the creature.

Children who went to look at the creature were scared that it was a dead monster. But some locals prone to mythology believe the monster-looking creature is actually a sign of an impending natural disaster.

“Many were alarmed including me when we learned the news about it,” said Vincent Dela pena Badillo. “It has been told that when creatures from the deepest parts of the ocean start appearing, something bad will happen.”

Most dead marine mammals don’t surface on beach shores. But the shaking caused by earthquakes creates storm surges that can cause sea animals to wash up.

Another local, Tam Maling, said, “An earthquake is heading for Oriental Mindoro. The big globster is a sign of something bad coming. Please pray for us.”