The Sea Peoples terrorized Egypt and the Mediterranean during the Bronze Age, but their identity and origins remain mysterious to this day.

More than 2,000 years before the Vikings first set sail from modern-day Scandinavia to plague the people of Europe, the great empires of the ancient world faced a terrifying seafaring enemy of their own — one that remains almost a complete mystery to this day.

“They came from the sea in their warships and none could stand against them,” ominously proclaimed one inscription written in the 13th century B.C. and later found at the Egyptian city of Tanis.

They were the Sea Peoples, the modern name given to the naval warriors who reportedly wreaked havoc upon the Mediterranean time again between the approximate years of 1400 B.C. and 1000 B.C. but whose identity and origins are largely shrouded in mystery.

Who Were The Sea Peoples? 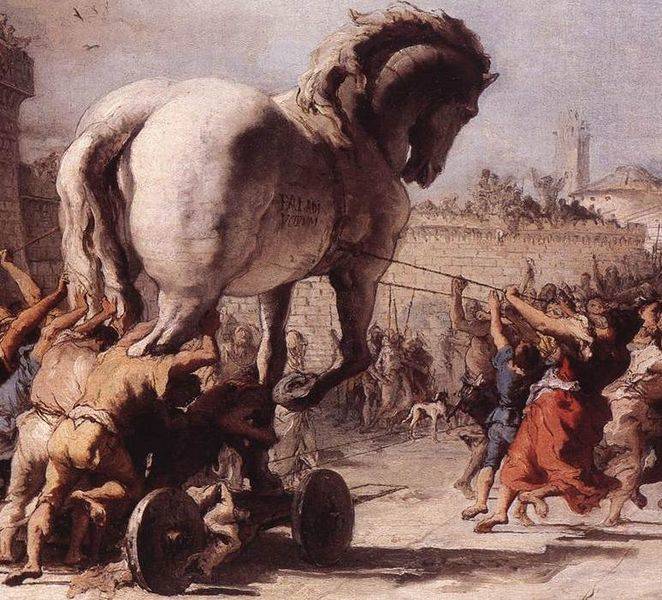 Wikimedia CommonsOne theory suggests that the Sea Peoples were actually the Trojans who’d been displaced following the mythic Trojan War with the Greeks.

The Sea Peoples left no monuments or written records of their own; everything historians know about them comes from apocalyptic inscriptions created by the empires that did battle with them, especially the Ancient Egyptians.

Some modern historians theorize that the Egyptians knew the origins of the Sea Peoples based on the way they wrote about them. In fact, it’s precisely that these inscriptions don’t mention the group’s origins at all that lead some to believe that this information was common knowledge to the point that it wouldn’t need to be stated.

Whether that theory is correct or not, the fact is that the origins of the Sea Peoples are not mentioned anywhere in Egyptian records (or other civilization’s records) and that information has thus been lost to history.

The Egyptians do, however, describe the Sea Peoples as “Northerners,” which has led some scholars to theorize that they actually came from Europe, perhaps modern Sicily or Turkey. Some even speculate, with little evidence to go on, that the Sea Peoples were actually the “Philistines” of Biblical fame who supposedly did battle with the ancient Israelites but whose identity remains mysterious.

Either way, as is the case with the Vikings, it is not known what first drove the Sea Peoples to leave their homelands, wherever they were, and begin raiding other (richer) lands. However, some historians suggest that either famine or natural disaster was the reason that they first sailed to other lands.

Another theory speculated that a more human disaster was behind the migration: war. This theory posits that the Sea Peoples were the Trojans who had been displaced after their kingdom fell to the Greeks during the Trojan War. Of course, whether such a war actually happened (likely in the 12th century B.C.) and wasn’t just a story from mythology remains unclear.

While the identity and origins of the Sea Peoples remain mysterious, we are left with some tantalizing pieces of information about the terrors they inflicted upon the ancient world, thanks to inscriptions left behind by those witnessed the devastation.

“They desolated its people and its land was like that which has never existed,” wrote Egyptian Pharoah Ramesses III, referring to the Sea Peoples’ raid on the Amurru Kingdom in present-day Syria and Lebanon in the 12th century B.C.

In fact, much of the modern study of the Sea Peoples springs from the evidence left behind from the reign of Ramesses III. French Egyptologist Emmanuel de Rougé coined the very term “Sea Peoples” (or “peoples of the sea”) in 1855 to describe the military force depicted in a relief from the era of Ramesses III.

An inscription from this same time speaks of what the Sea Peoples did to Egypt’s neighboring lands in the early 12th century B.C.: “All at once the lands were removed and scattered in the fray.”

Further records state that for around 200 more years after this time, the Sea Peoples continued their battles and raids throughout the Mediterranean. Lacking sufficient evidence, historians can’t say for sure what their impact on the ancient world was, although some scholars speculate they may have indirectly led to the fall of the Hittite Empire and even the mysterious Late Bronze Age collapse that saw many of the Near East’s kingdoms fall and the region sent into a kind of dark age in approximately 1177 B.C.

Fittingly, the last recorded raid of the Sea Peoples occurred in 1175 B.C., during the reign of Ramesses III. The Egyptian army drove the invaders back to the sea and destroyed their fleet from the banks of the Nile during the Battle of the Delta. Ramesses triumphantly recorded that “their hearts and their souls are finished unto all eternity” and indeed, the Sea Peoples appear to have vanished from history from that point on.

Next, discover some of the most fascinating sunken cities of the ancient world. Then, read up on the fabled lost continent of Lemuria.