Discover why China's Reed Flute Cave first captivated humans more than 1,000 years ago — then vanished from our history for more than a millennium. 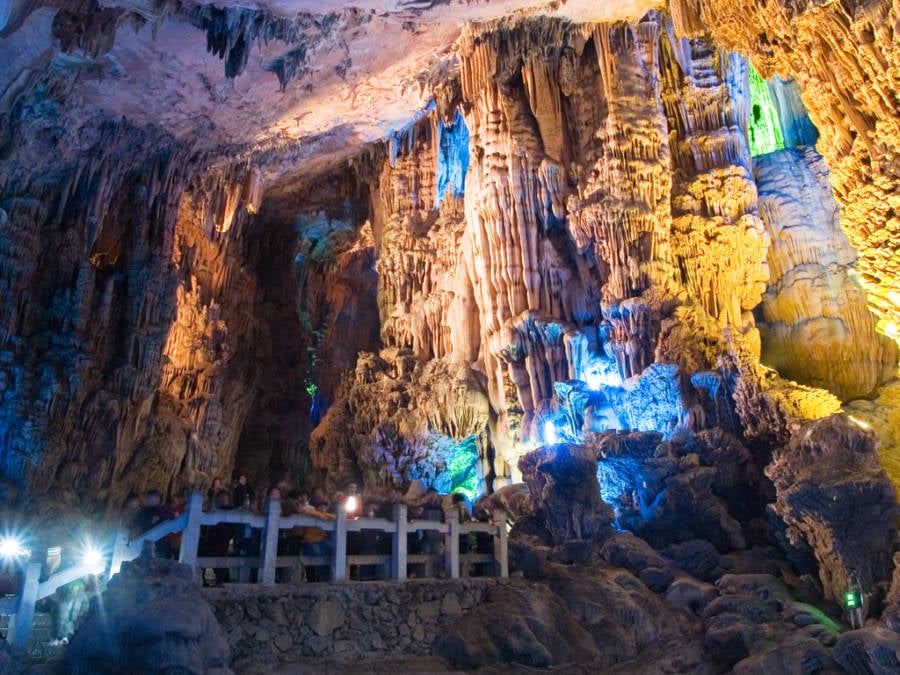 Located in China’s Guangxi autonomous region, Reed Flute Cave is one of the country’s most famous natural landmarks — and with good reason. Visitors can walk the length of the cave’s massive 787-foot interior and see an array of stunning rock formations including stalagmites and stalactites, many of them bathed in the vivid, multi-colored lights that have been placed among them.

It’s no wonder that people started coming to experience the beauty of Reed Flute Cave some 1,200 years ago. 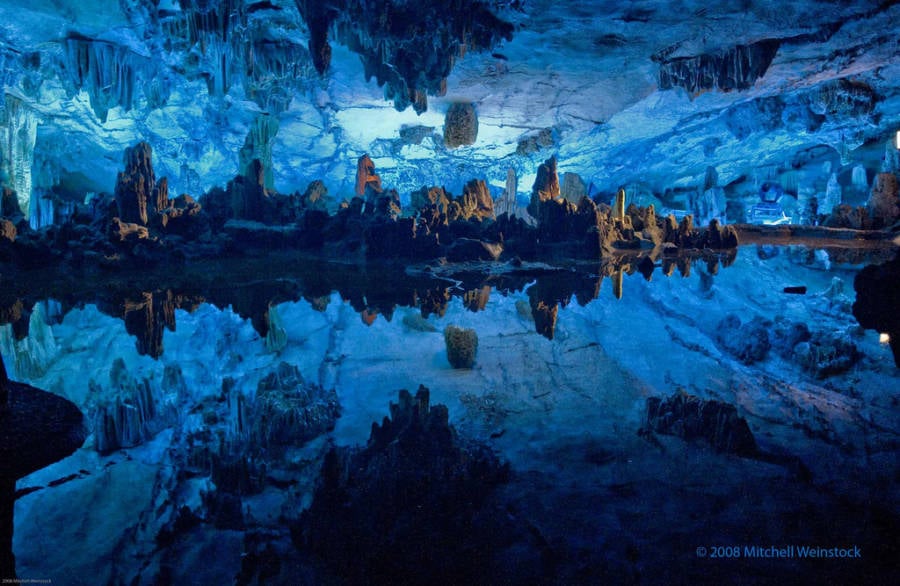 While geologists believe that the cave formed some 600,000 years ago, the documented history of Reed Flute Cave goes back to its first visitors during the Tang Dynasty in about the year 792 A.D.

The oldest of the cave’s 70-plus ink inscriptions date back to this time period. Whether travelogues, poems, or other, these inscriptions provide a record of Reed Flute Cave’s ancient visitors and decorate the walls for modern visitors to this day. 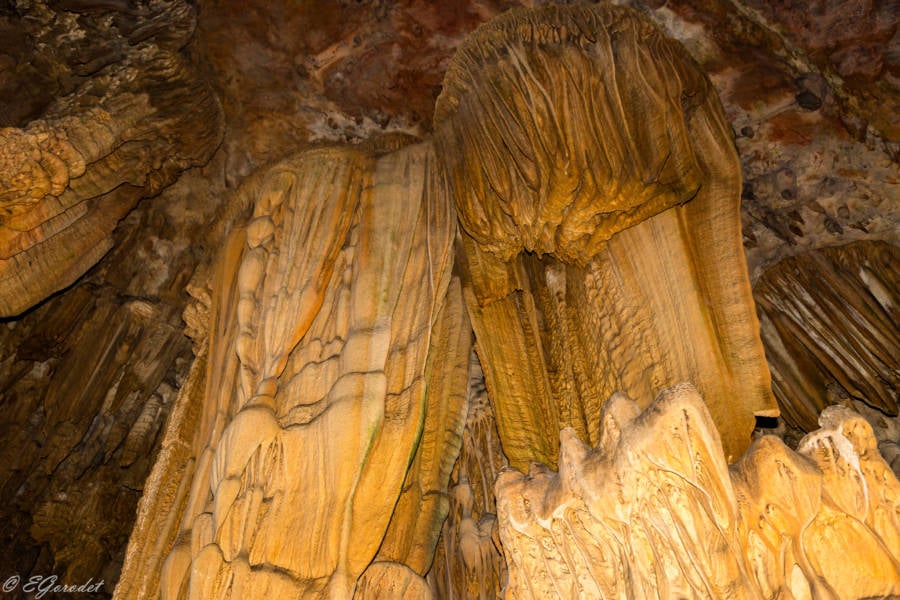 Those walls are made out of limestone, which, over countless years of water erosion, have been worn down to create so many different types of natural rock structures that Reed Flute Cave has been given the nickname “The Palace of Natural Arts.”

Of course, the cave’s true name comes from the abundant reeds that grow near the entrance of the cave and in the surrounding area and which are used to make reed flutes and other musical wind instruments. But it’s obviously the incredible rock structures inside the cave that attracts so many visitors. 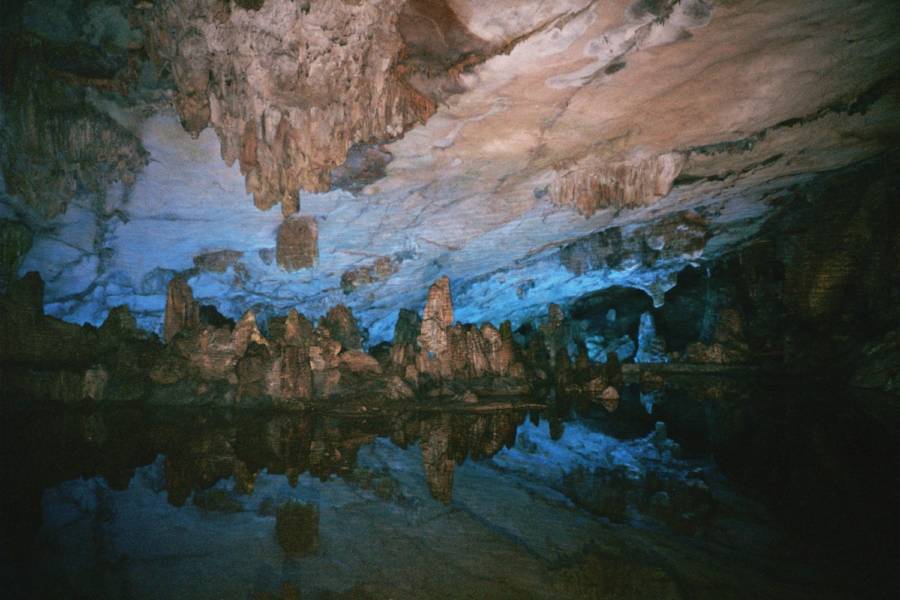 These distinctive formations inside sport evocative names that match their appearances. Some are said to resemble mythological creatures or modern structures like the Statue of Liberty. Meanwhile, other formations include “Mushroom Hill,” “Pines in the Snow,” and “Sky-Scraping Twin.” 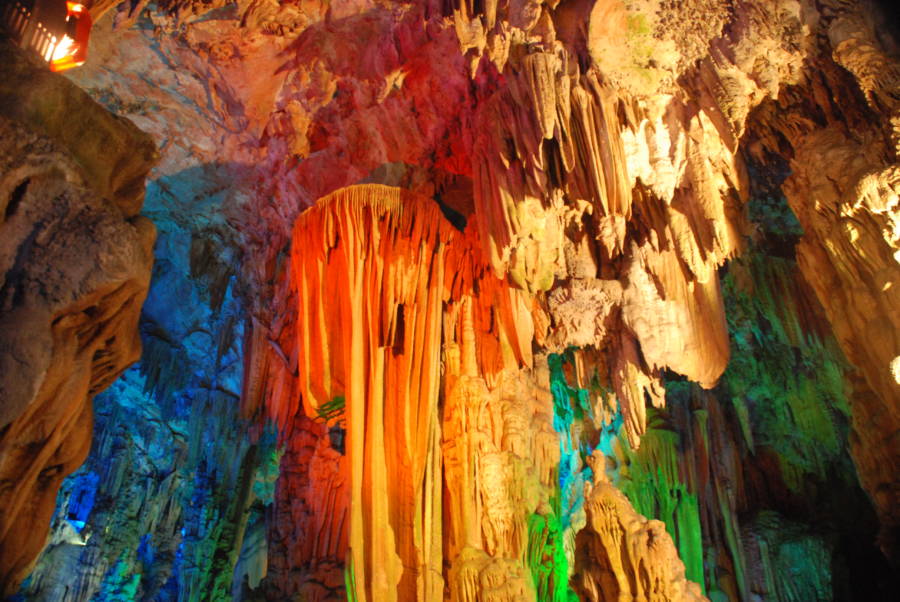 Despite such natural wonders, Reed Flute Cave seems to have been forgotten about for more than a millennium. There’s no available evidence to suggest that humans entered or knew of the cave between the late 700s A.D. (when the ink inscriptions were made) and the 20th century.

It’s widely believed that the cave sat empty and untouched until World War II, when a group of Chinese refugees who were fleeing from Japanese forces stumbled upon the cave in the early 1940s. Thanks to their chance discovery, the cave was brought back from obscurity.

During the war, the giant open chamber known as the “Crystal Palace of the Dragon King” was used as a bomb shelter large enough to hold almost 1,000 people. But even after the war, the cave remained popular with visitors thanks to its natural beauty and distinctive natural structures.

In 1962, the cave was formally opened to the public, and has since become an extraordinarily popular tourist attraction with people from all over the world. The interior of Reed Flute Cave, with its rainbow lights and dazzling array of natural formations, is a sight that cannot quite be recreated anywhere else on Earth. 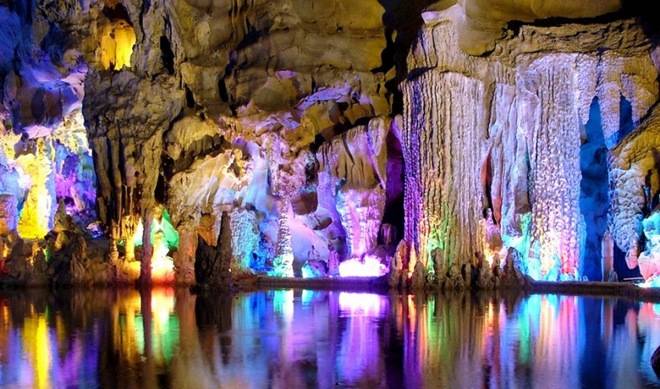 After this look at Reed Flute Cave, check out Peru’s aptly-named Rainbow Mountain as well as Vietnam’s Son Doong Cave, the largest on Earth.