Called sea pigs for their pinkish hue, these creatures are actually a type of sea cucumber that scavenges for decaying organisms on the ocean floor.

Down in the pitch-black depths of the ocean, an alien-like creature roams across the seafloor — the sea pig. While the sea pig is not related to terrestrial swine, its pink-tinged body and plump shape do resemble its namesake.

Though these “living vacuum cleaners” might look cute, they spend their lives in darkness scavenging for decaying carcasses. And to fend off the threat of predators, they’ve developed an ingenious defense mechanism — poisonous skin. 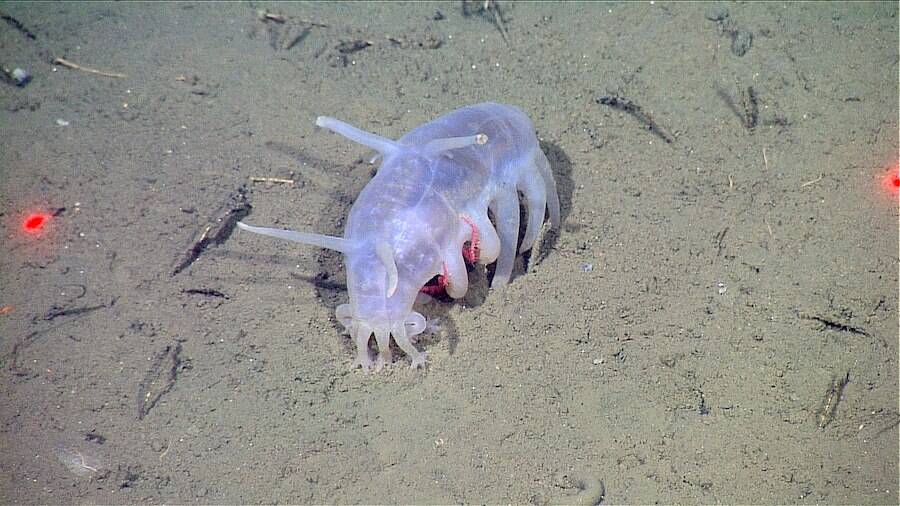 Perhaps most bizarre is the fact that the sea pig is actually a sea cucumber, or echinoderm, and breathes out of its anus. Some species even use that orifice as a second mouth. The oddities don’t end there, either — did you know a sea pig’s upper pairs of “antennae” are actually feet?

Sea pigs live anywhere from 4,000 to 16,000 feet below the surface of the ocean, and it’s basically impossible to bring them to the surface for study. So, let’s dive into the depths and take a look.

What Is A Sea Pig?

First discovered by Swedish zoologist Johan Hjalmar Théel, sea pigs were only one of 65 new species he described in his writings abord the HMS Challenger while he traveled around the world from 1872 to 1876.

The little-studied sea pigs comprise half a dozen species in the Scotoplanes genus. These multi-legged sea cucumbers spend their lives eating whatever dead matter they can detect on the ocean’s floor.

While most sea cucumbers are just tubes of flesh, the sea pig walks on elongated limbs known as tube feet.

Those tube feet are connected to a “water vascular system.” Basically, that means that these echinoderms contain substantial amounts of water and move via hydraulic pressure.

To breathe, these creatures rhythmically expand and contract their bodies to pump water into their anuses. They then filter it through a lung-like structure called the respiratory tree that filters oxygen out of the water.

Footage of sea pigs marching along the ocean floor.

But, due to the sea pig’s delicate shell, catching one in a net will likely make it disintegrate. This fragility has made extensive study of the animal on land rather difficult. Scientists still don’t know how long these sea cucumbers live, how they mate, and many other facts about these strange creatures.

However, we do know that their poison-laced skin allows these deep-sea creatures, which are between four to six inches long, to largely avoid predators. Unlike other sea cucumbers, they don’t prolapse their guts when predators harass them — specifically because these creatures are mostly left alone.

And these experts at not getting eaten also have a curious way of feasting on death and decay in the deep sea.

While the antenna-like tubes atop the sea pig’s body are feet, they didn’t evolve in order to help the animal move. Instead, they allow the critter to identify what’s edible and what isn’t. According to David Pawson of the National Museum of Natural History, sea pigs also gather in groups when food is plentiful. 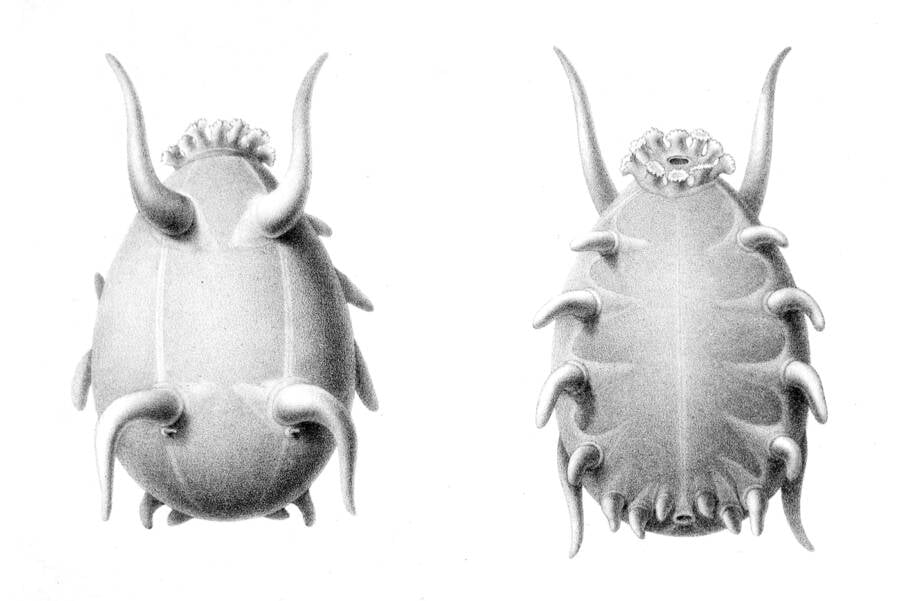 Wikimedia CommonsAn illustration made as a result of zoologist Johan Hjalmar Théel’s discovery of the species during his four-year voyage aboard the HMS Challenger from 1872 to 1876.

Sea pigs essentially wait for marine snow, or aquatic life above them that has died and sunk to the bottom, to get their nourishment. Once a corpse settles, sea pigs use their antennae to detect it and eat.

Depending on the species, these bizarre ocean creatures have around 10 tentacles near their mouths. Each of these has smaller structures that the animal uses like fingers, planting them in the mud before them to move forward. All the while, sea pigs move against the current in order to catch any food coming their way.

Clear and close-up footage of the sea pig in its natural habitat from the Monterey Bay Aquarium Research Institute.

When something as large as a whale carcass floats to the seafloor, for instance, countless sea pigs will trot over to consume the nutrient-rich mud that it’s buried in. Most of the time, a buffet of microbes comprises the creature’s diet.

“They sort of process the deep-sea mud and make it livable for other animals because they’ve increased the amount of available oxygen in it,” said Pawson. 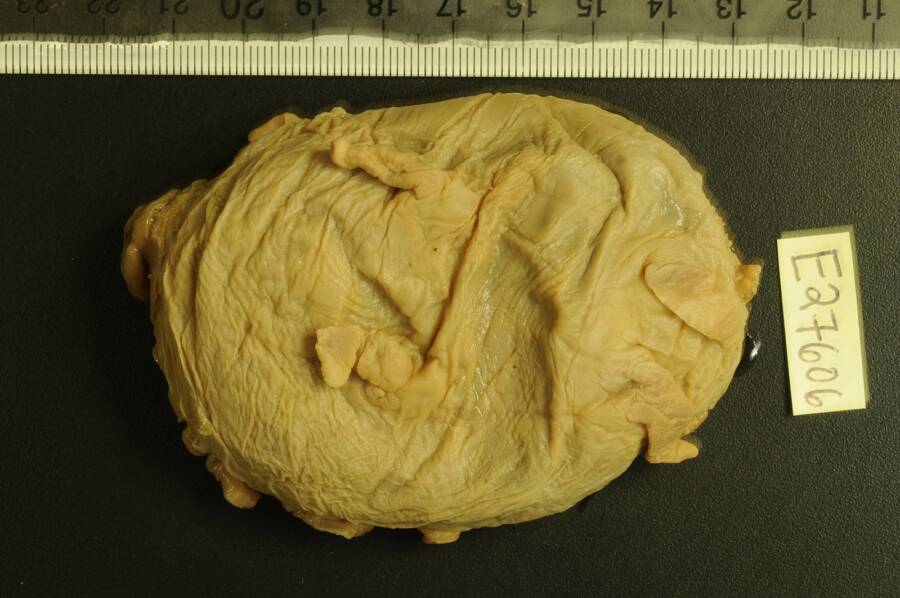 Wikimedia CommonsSea pigs are hard to analyze as they’re typically reduced to mush once removed from their deep-sea habitat.

Since our worlds are so removed from each other and rarely if ever collide, all we know is that sea pigs are poisonous, eat the dead — and waddle around in the dark until they perish.

After learning about the strange deep-sea life of the sea pig, read about the history of the ugliest fish in the world — the blobfish. Then, take a look at the 30 best Roman Fedortsov photos of creepy deep-sea creatures.