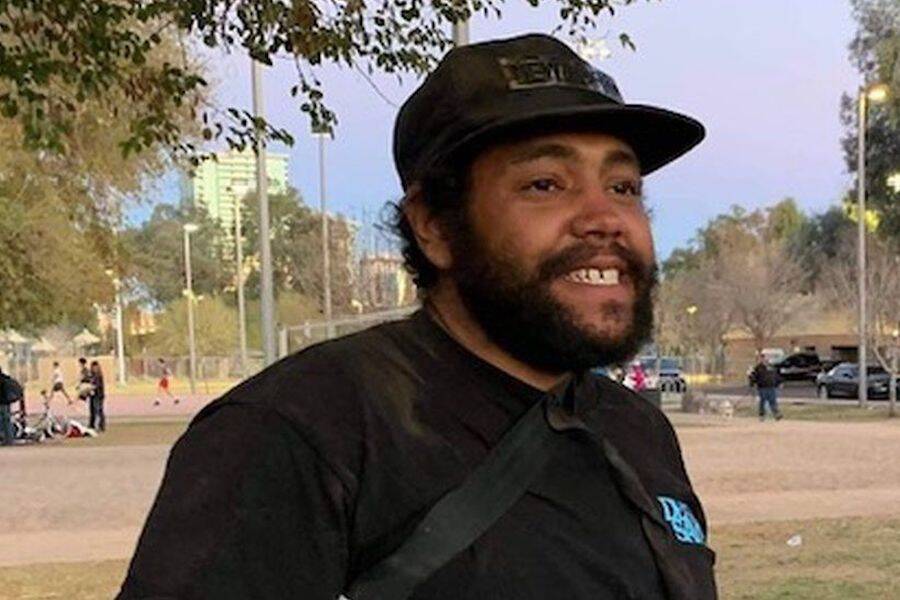 Sean Bickings, an unhoused Arizona man, drowned in Tempe Town Lake on May 28, 2022 — while three police officers watched. Transcripts of the incident indicate that the officers refused to help — and even ordered his frantic wife to “chill out.”

According to CBS News, police responded to a call about a disturbance shortly after 5 a.m. at the Center for the Arts. Officers confronted the couple who explained that nothing was wrong.

Bickings was described by city authorities as “an unsheltered Tempe community member.” While it’s unclear how long he and his wife have been financially destitute, the couple was outside the Center for the Arts when an alleged argument or altercation broke out at dawn.

The city admitted in a statement that Bickings and his wife fully cooperated with the three officers and denied that there was a domestic issue. However, while the officers ran a database check on the couple, Bickings climbed over a four-foot metal railing and into Tempe Town Lake. 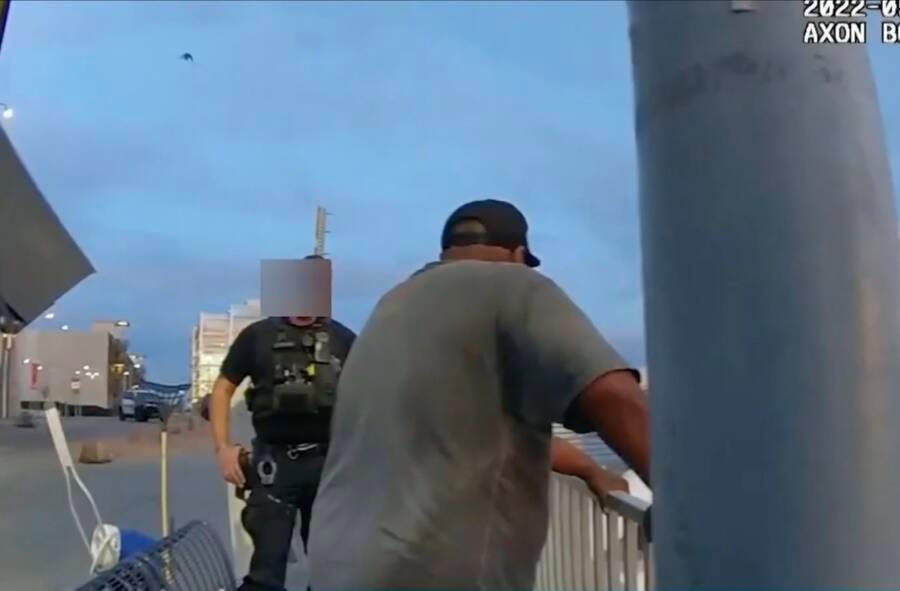 City of TempeBickings dove into Tempe Town Lake as officers ran his name for outstanding warrants.

“Officers informed him swimming is not allowed in the lake,” stated city officials. “He swam about 30 to 40 yards before repeatedly indicating he was in distress. He soon went under and did not resurface.”

The City of Tempe released 12 minutes of edited body camera footage of the incident on Monday. It showed officers watching Bickings dive into the man-made lake. Most of what came after that was edited from the footage for sensitivity reasons, but a transcript was released by the department.

Officers asked Bickings what he was doing and what his plans to return to safety were. Then, when Bickings told them that he was drowning, one of the officers replied simply, “No, you’re not.” After recommending Bickings hold on to a pylon, the officer said he wasn’t diving in after him. 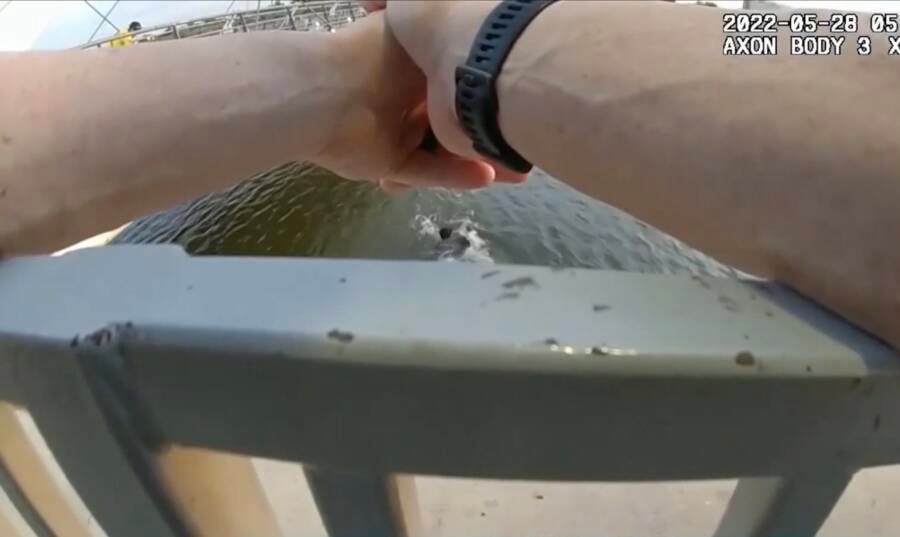 City of TempeThe body camera perspective of one of the officers watching Bickings die.

According to the transcript, Bickings’ wife was prevented from engaging in any rescue attempts herself — and was told to calm down as the situation unfolded.

One of the officers assured her that a police boat was en route to fish Bickings out of the water and to safety. Tragically, it was too late.

Orionya Jensen, a formerly homeless local who knew Bickings for years, said she was infuriated by the officers’ actions.

“That’s all I can describe it as — it was devastating,” she said. “To hear of someone standing there while his wife screams in the background to ‘save my husband, I don’t have anything without him’ — it’s despicable.”

She added that Bickings was well-liked in the community and would be greatly missed.

“He was a thinker,” said Jensen, “always had something thought-provoking to say.”

The three officers in question have since been placed on paid administrative leave. According to the City of Tempe, the Arizona Department of Public Safety and the Scottsdale Police Department will conduct independent investigations of the incident. 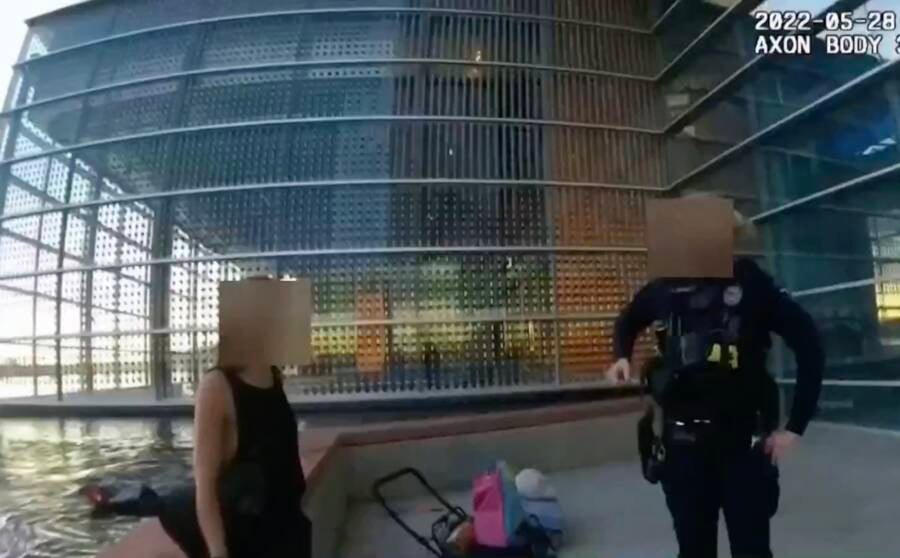 City of TempeBickings’ wife (left) was told to calm down.

While the city’s police union insisted that officers don’t receive training in water rescues and that the correct protocol is to call the fire department, the incident left countless others in shock. Local attorney Benjamin Taylor, for instance, said the officers acted with extreme negligence.

“Here is a failure to serve and protect,” said Taylor. “The fact that they failed to render as he was dying, he was pleading for help, that definitely makes Tempe liable for this man’s death.”

After reading about the drowning death of Sean Bickings, learn about Tupac’s 1993 shootout with police. Then, read about Michael Dowd and his crooked NYPD precinct.