17 Pictures Of When Seattle Grunge Took Over The World

An inside look at the Seattle grunge music scene that gave the world Nirvana, Alice In Chains, Soundgarden, and Pearl Jam.

In the mid-1980s, Seattle, Washington incubated a divergent rock scene unique to the area. Combining elements of punk and heavy metal with an introspective lyrical approach, the “Seattle sound” developed while the rest of America fawned over synthesizers and big hair.

Today, we look at the Seattle grunge era that defined a generation: 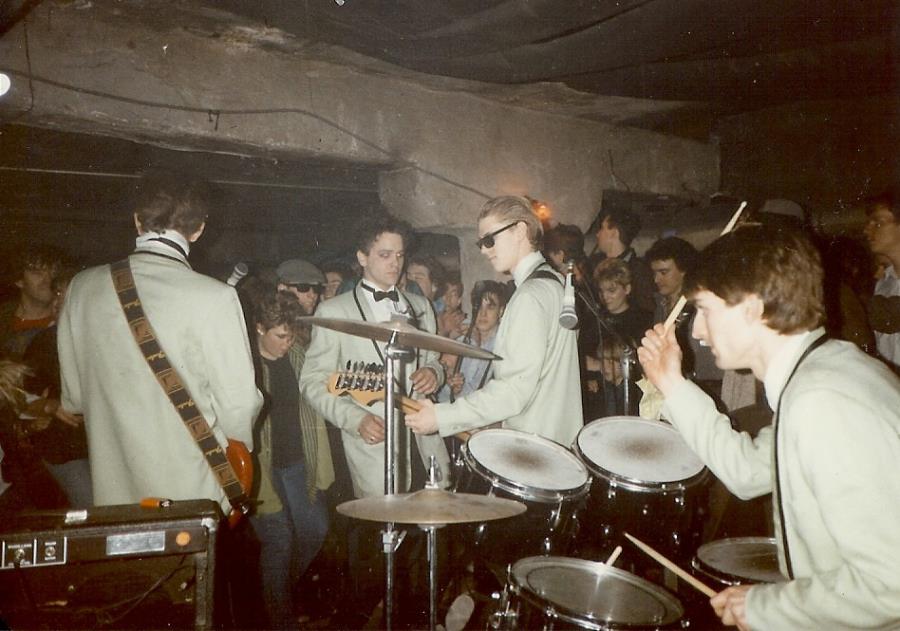 Seattle's relative geographic isolation allowed its music scene to thrive independently. In the early 1980s, grunge's first incarnations -- primarily a mix of punk rock and heavy metal -- began with bands like The Fartz, The U-Men, and the Fastbacks.

Pictured: The U-Men perform at the Bat Cave in Seattle in the mid-1980s.Wikimedia Commons 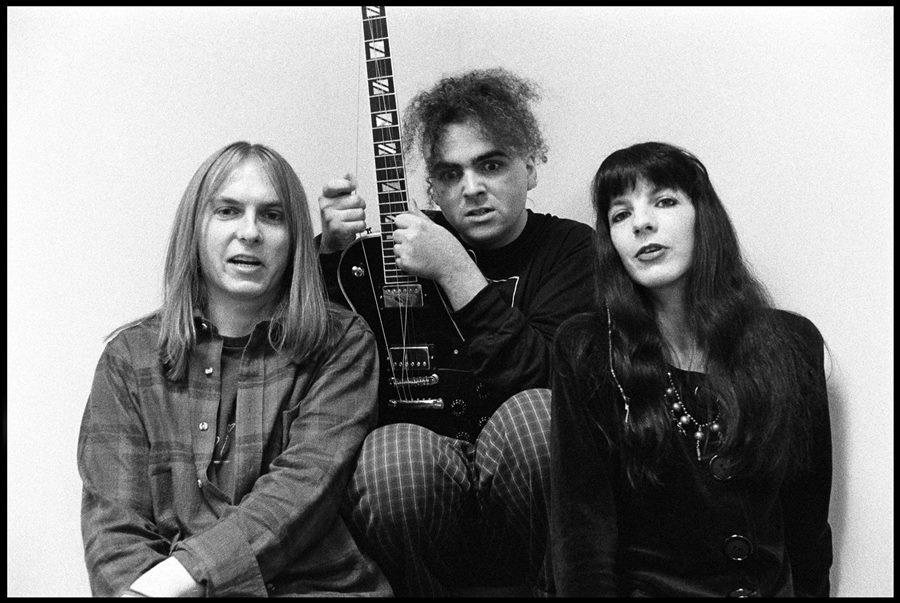 Formed just outside of Seattle, the Melvins were one of the earliest and most influential bands of the era. Said Kurt Cobain of Nirvana, "There’s just no way I couldn’t have let the Melvins influence me, they’re just such a great band."

Pictured: The Melvins pose in London in 1991.David Corio/Getty Images 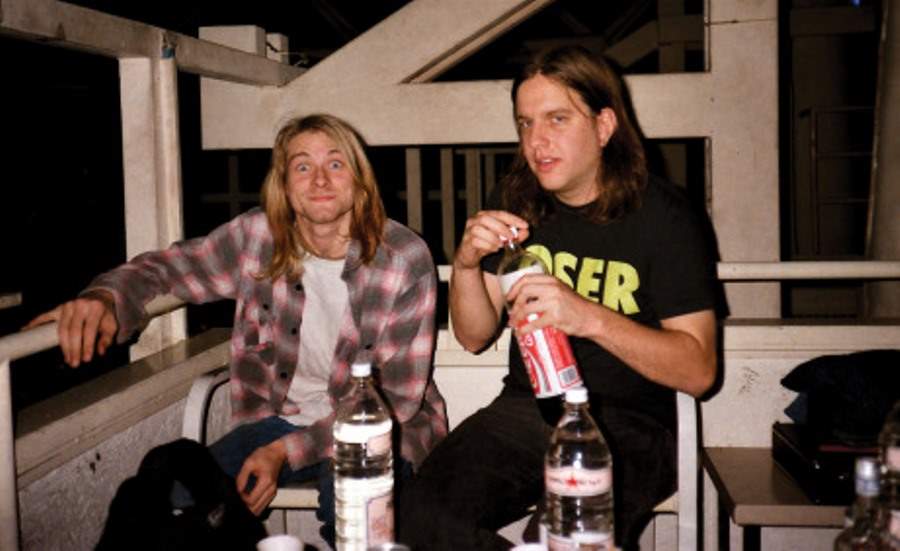 At the forefront of grunge's mainstream success was Nirvana. Formed by Kurt Cobain (left) and Krist Novoselic in Aberdeen, Washington, Nirvana developed a cult following on college radio stations after the release of their first album, Bleach, in 1989.Wikimedia Commons 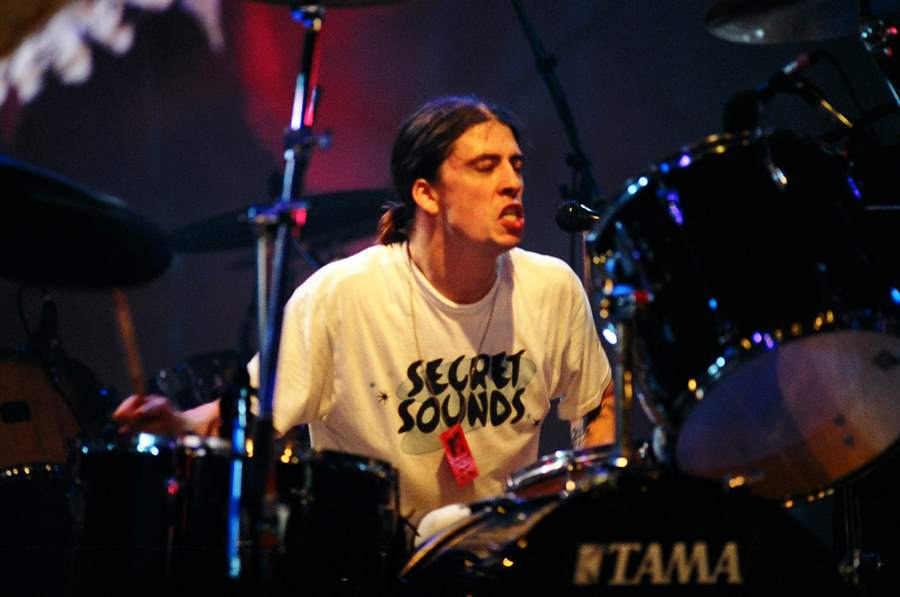 After going through a handful of drummers, Cobain and Novoselic were introduced to Dave Grohl by Buzz Osborne of the Melvins in 1990. Following a short audition, Grohl became the final piece in Nirvana.Wikimedia Commons 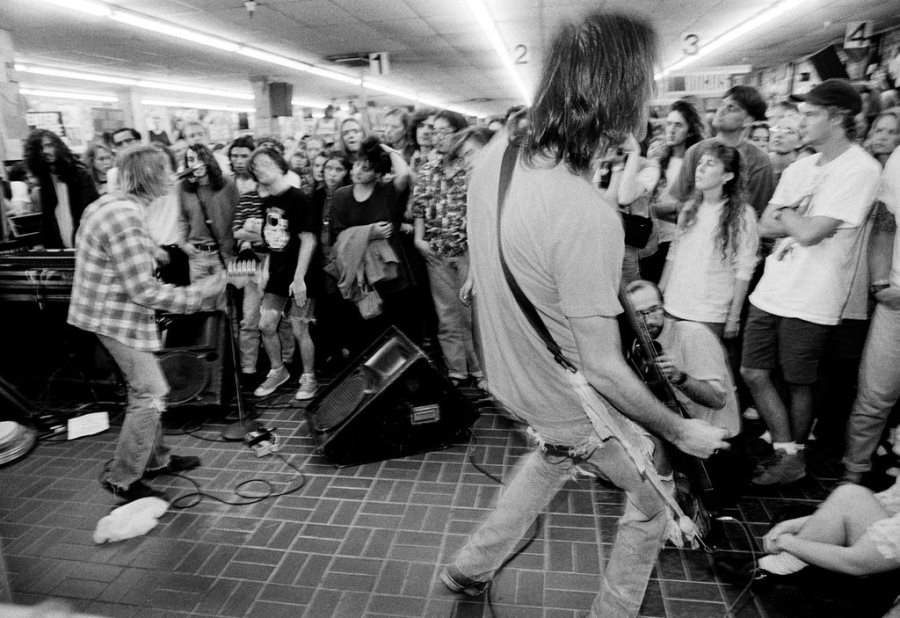 While grunge-associated bands like Sonic Youth and the Pixies had had some prior commercial success, the genre's true breakthrough was Nirvana's Nevermind in 1991. Riding off the immense popularity of "Smells Like Teen Spirit," Nevermind would go on to sell more than 30 million copies worldwide and pave the way for major record labels to sign alternative bands.

Pictured: Nirvana plays at Beehive Records in Seattle on September 16, 1991 for the release of Nevermind.Charles Peterson 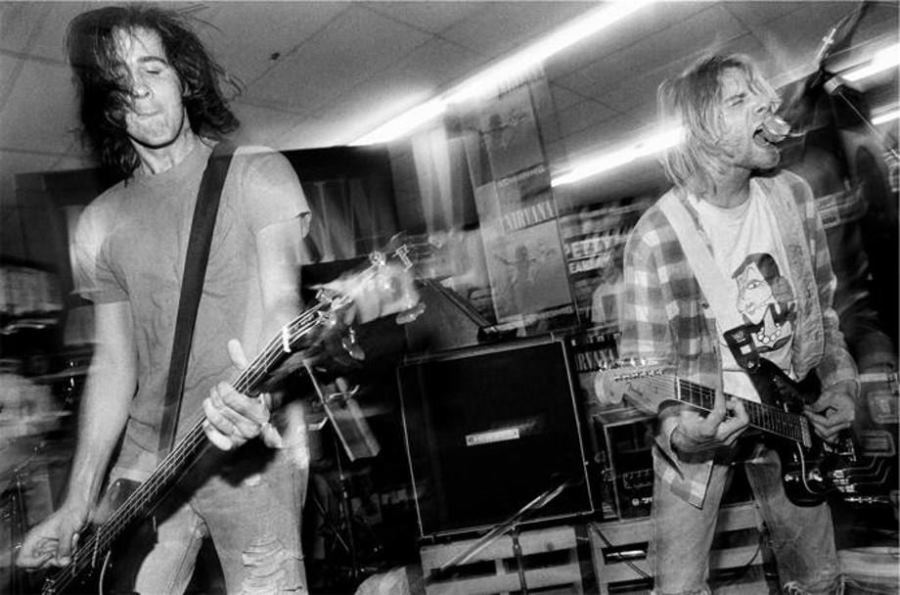 Cheap clothing in Seattle was found in secondhand shops, and because of the region's prominence in the logging industry, used lumberjack attire was the most readily available. This meant that bands often sported flannel shirts, which became the distinctive fashion statement of the grunge era.Wikimedia Commons

Rolling Stone called Kurt Cobain the "spokesman of a generation." Several people took their own lives in the days and weeks following his death.Kevin Mazur/Getty Images 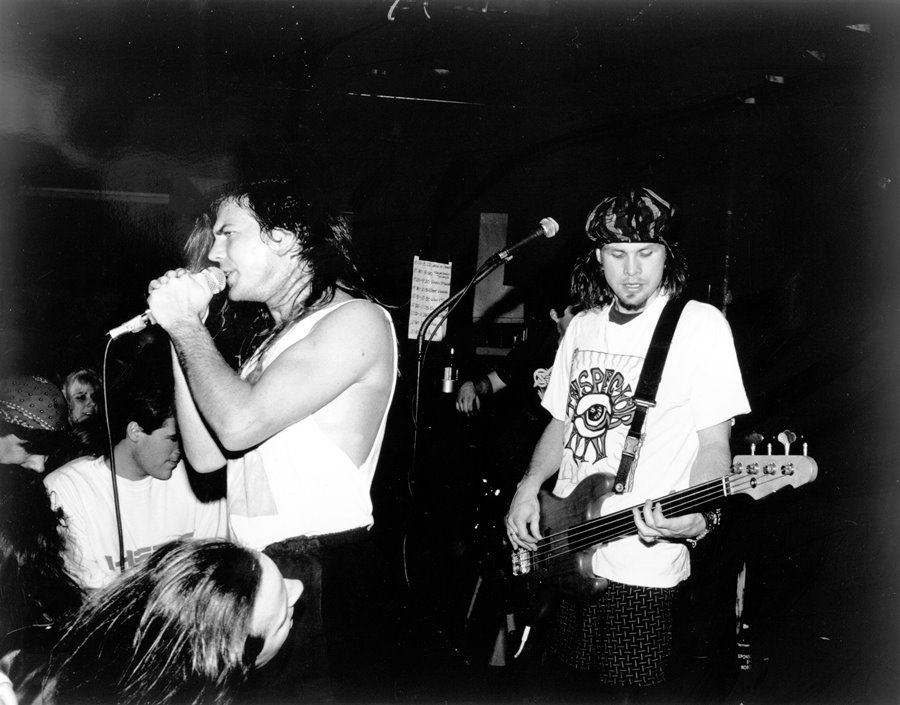 Created by former members of the pioneering band Mother Love Bone, Pearl Jam recruited Eddie Vedder (left) in 1990 after he sent the band a demo tape while working as a gas station attendant in San Diego. 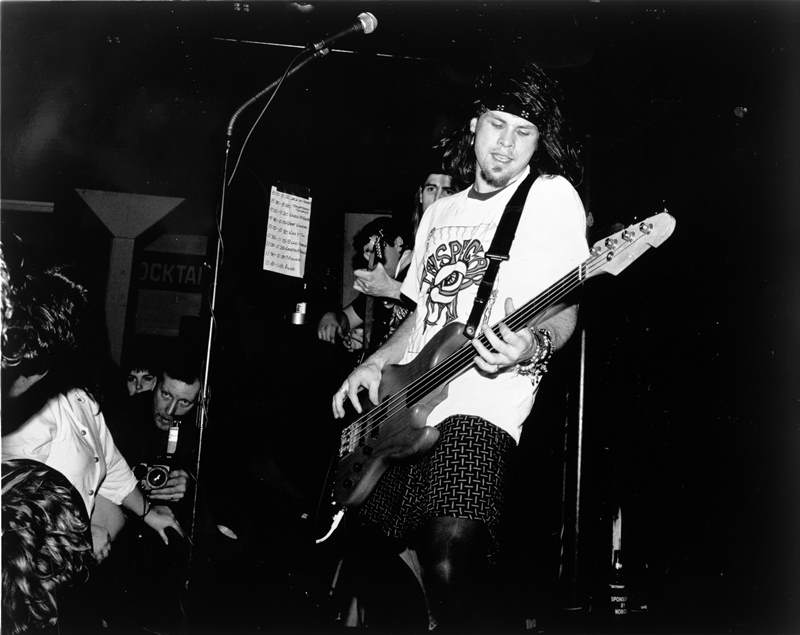 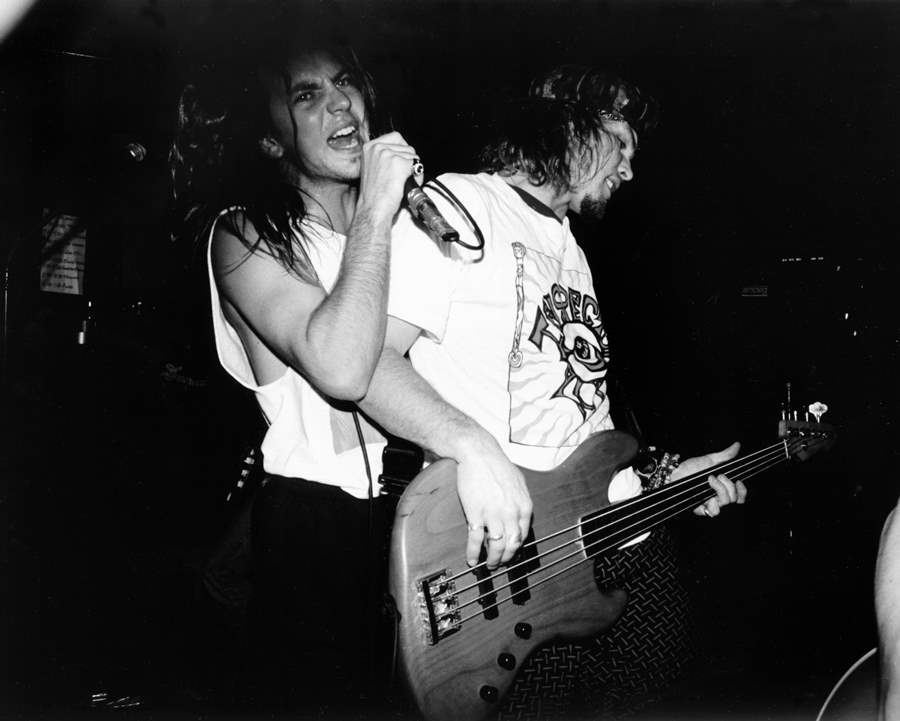 Pearl Jam became famed for the intensity of their live performances. For many, the grunge era harnessed a raw energy that had only been previously experienced in punk music.Alison Braun/Michael Ochs Archives/Getty Images 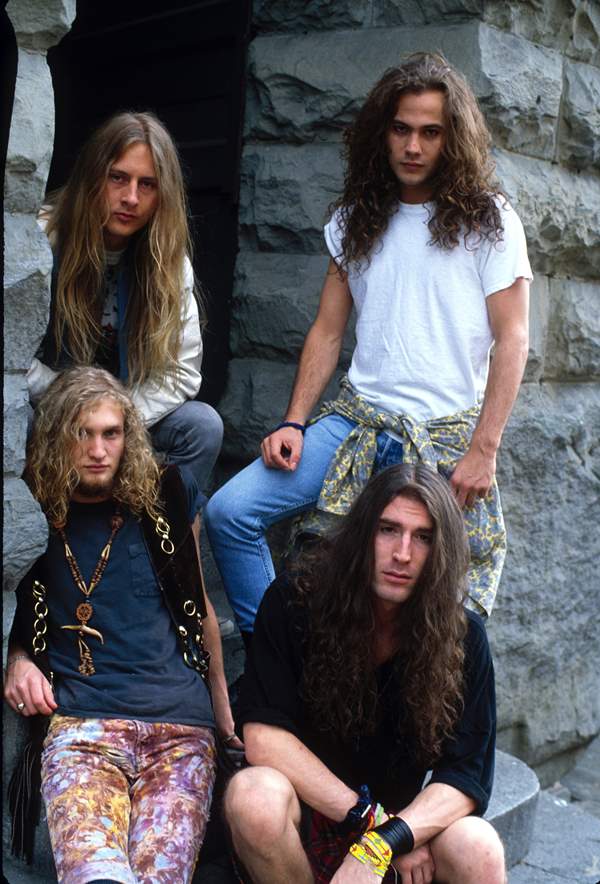 Even before the ultimately more famous Pearl Jam and Nirvana, Alice In Chains was the first major breakthrough band from the Seattle grunge scene. Their debut album, Facelift, was released in August 1990 to much critical acclaim. Though the album did not sell as many copies as subsequent grunge smashes, it claimed new ground for alternative rock in mainstream music.

Pictured: Alice In Chains pose for their first group photograph after they signed to Columbia Records in 1989.Annamaria DiSanto/Getty Images 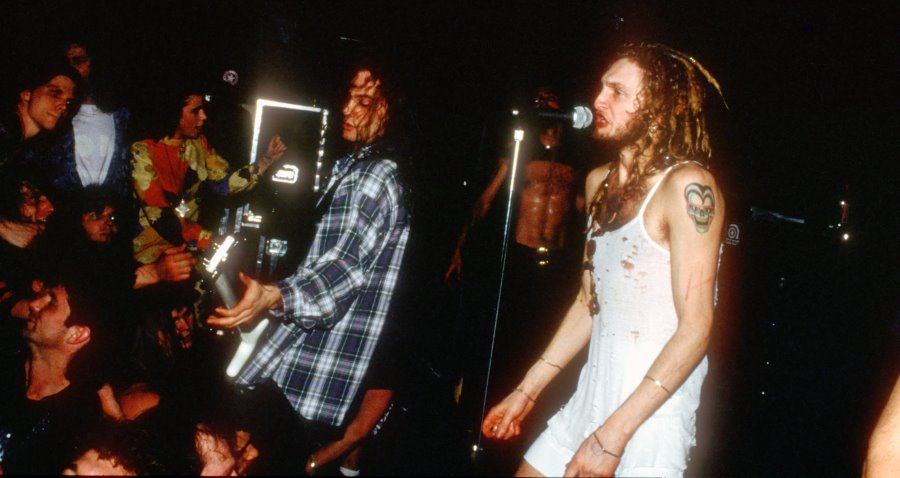 Alice In Chains perform at the Off Ramp Cafe in Seattle in February 1991.Alison Braun/Getty Images 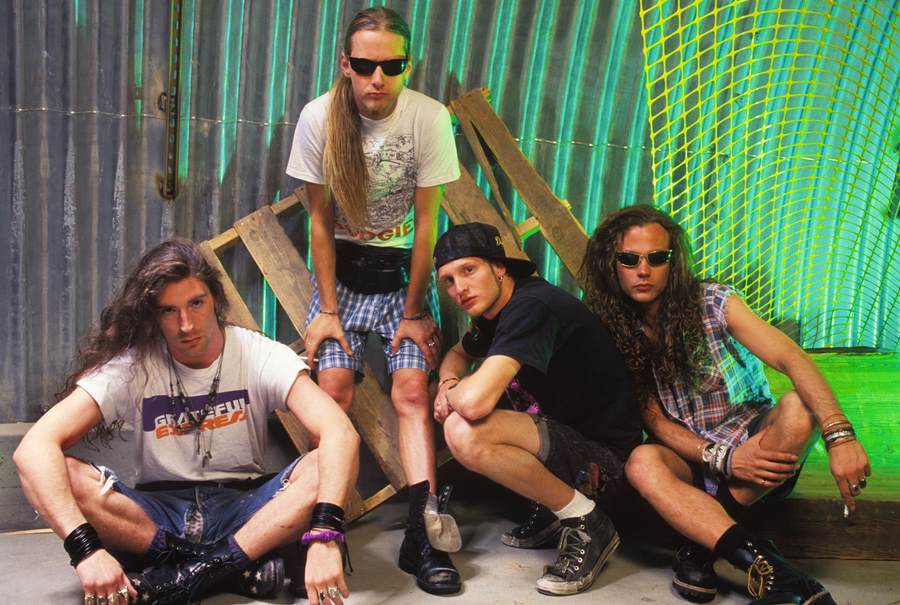 In a tale unfortunately similar to Nirvana's, Alice In Chains' lead singer Layne Staley (second from right) struggled for years with drug addiction and depression. Spending his final years as a recluse and disconnected from his band, Stanley was found dead in his Seattle apartment in 2002 weighing only 86 pounds.Steve Jennings/Getty Images 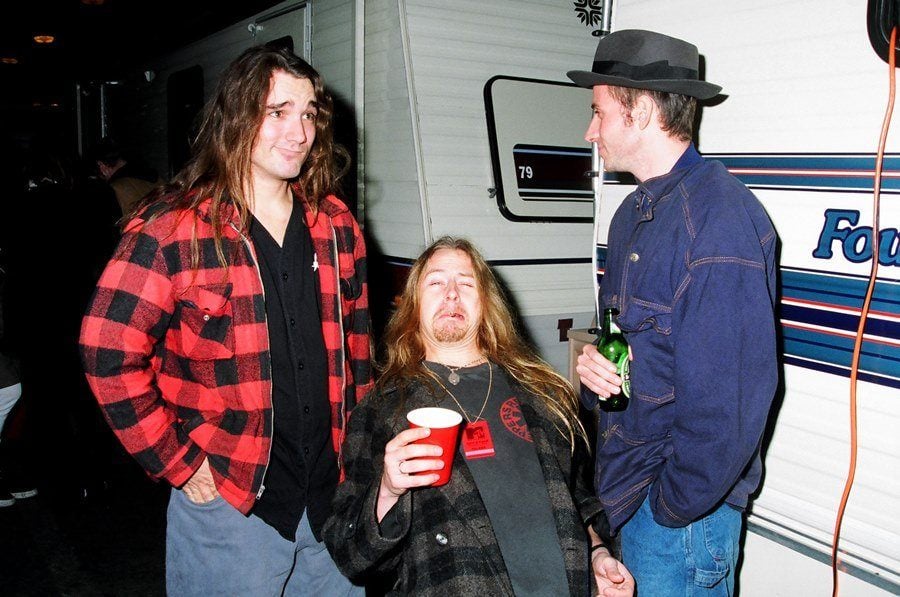 Seattle-area grunge bands maintained a camaraderie even in the face of the pressures of success. Pictured: Dave Abbruzzese (left) and Stone Gossard (right) of Pearl Jam and Jerry Cantrell (center) of Alice In Chains enjoy some beers before a performance on MTV in December 1993.Jeff Kravitz/FilmMagic via Getty Images 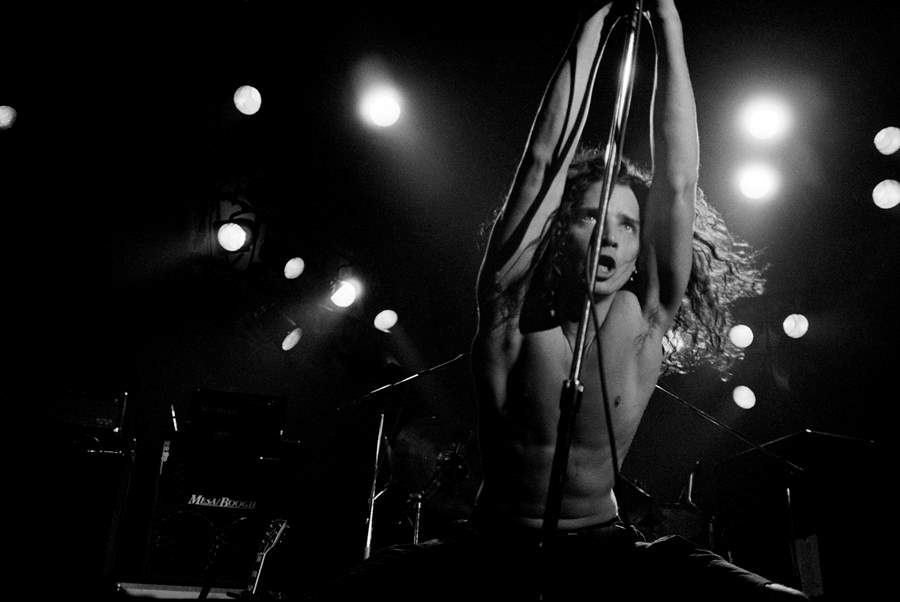 Formed in 1984 by Chris Cornell (pictured), Hiro Yamamoto, and Kim Thayil, Soundgarden took on a more heavy metal approach than many other Seattle bands. Though regarded as one of the seminal bands of the grunge movement, bassist Ben Shepherd dismissed the label, saying, "That's just marketing. It's called rock and roll, or it's called punk rock or whatever. We never were grunge, we were just a band from Seattle."Alison Braun/Getty Images 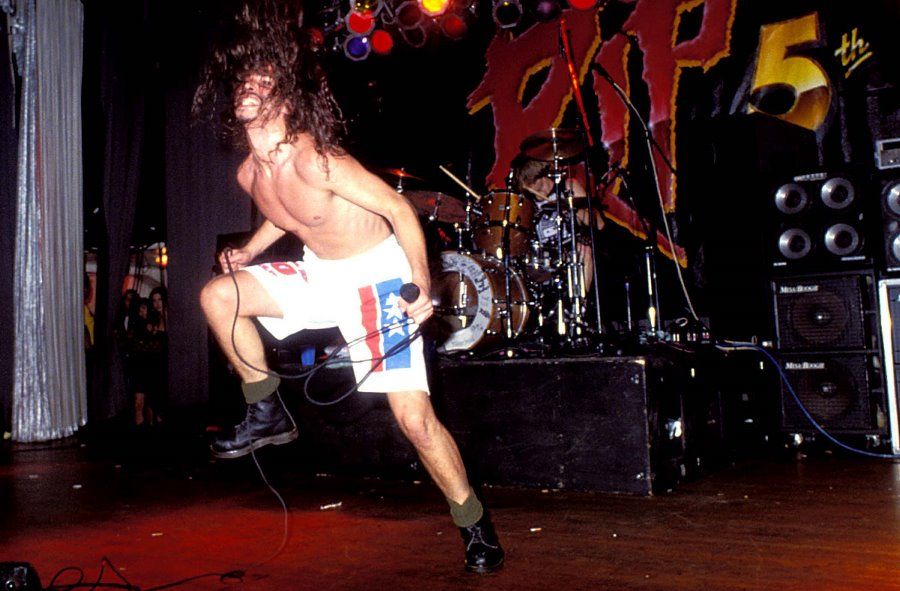 Chris Cornell on stage during a RIP Magazine party in Hollywood in October 1991.Jeff Kravitz/Getty Images 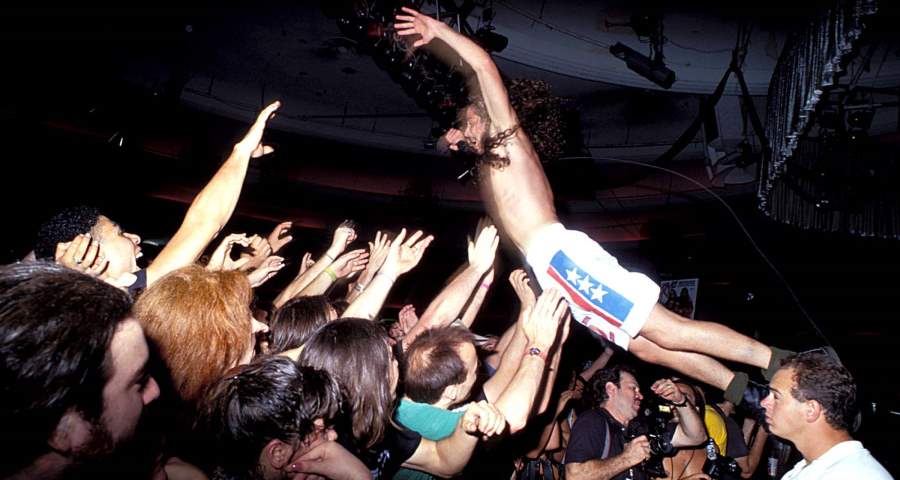 While Soundgarden enjoyed its greatest commercial success with the release of Superunknown in 1994, it was to be short-lived: The band broke up in early 1997. By this time, Nirvana was no more and Alice In Chains had effectively disbanded -- and the music world moved into a post-grunge era.Jeff Kravitz/Getty Images

For more, check out this documentary on the Seattle grunge scene:

Enjoy this look into the Seattle grunge music era? Then check out our other galleries on the height of the '90s rave scene and when punk took over New York City.