The remedy to California's drought-stricken lands or just the world's biggest ball pit? See for yourself how shade balls are making a huge impact.

From the pictures, it’s hard to tell whether California has dreamed up some creative ways to conserve water, or is just super intent on creating the world’s largest ball pit. (For the record, the drought-stricken state is doing a little of both.) 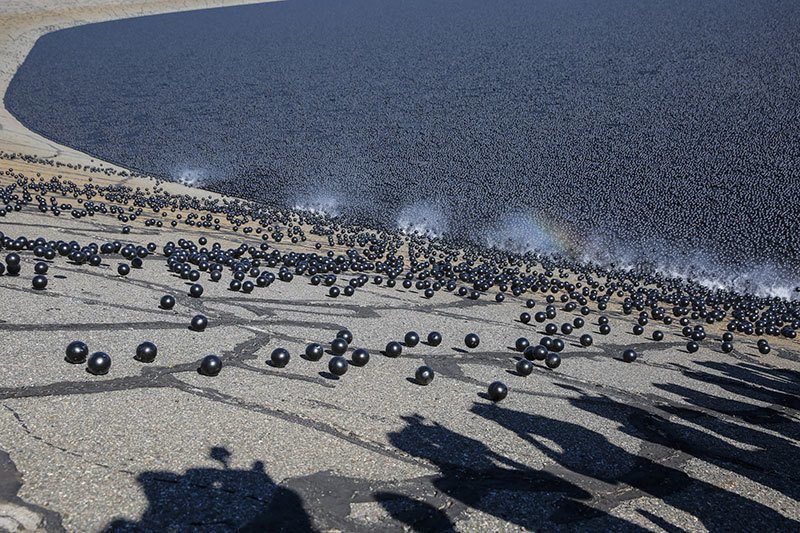 This week, municipal workers dumped the final 20,000 shade balls into the Los Angeles Reservoir, transforming the body of water into a sea of floating black spheres. The latest installation brings the total number of shade balls in California to a staggering 96 million, a number that will hopefully offset the state’s catastrophic water shortage. 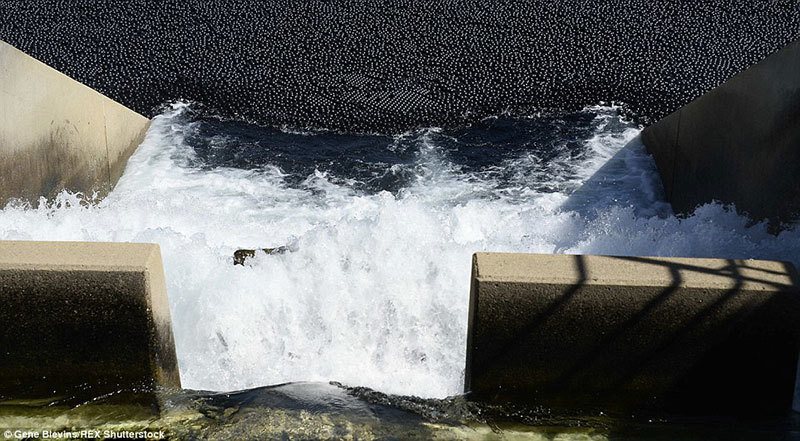 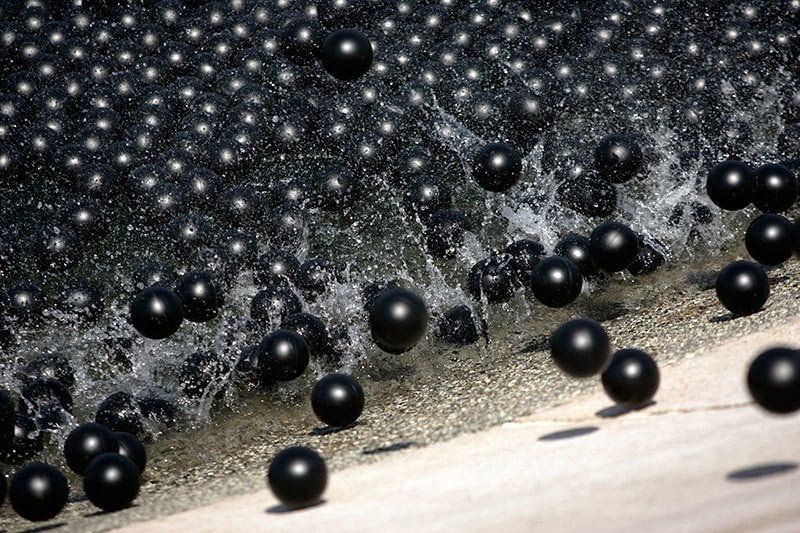 Shade balls pretty much act like a jack-of-all-trades in the fight against California’s historic drought: they deflect UV rays, reduce evaporation, discourage birds and wildlife from interfering with the limited water supply, and prevent harmful algae from growing in the water.

In addition, the black balls also prevent the water’s chlorine and bromite from reacting with sunlight to become bromate—a chemical thought to cause cancer. Made of polythene, these miracle balls work for up to ten years and cost just 36 cents. 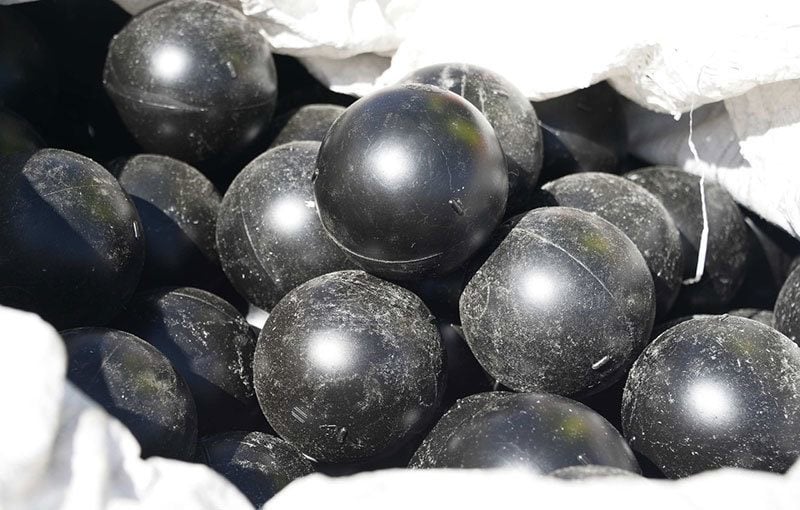 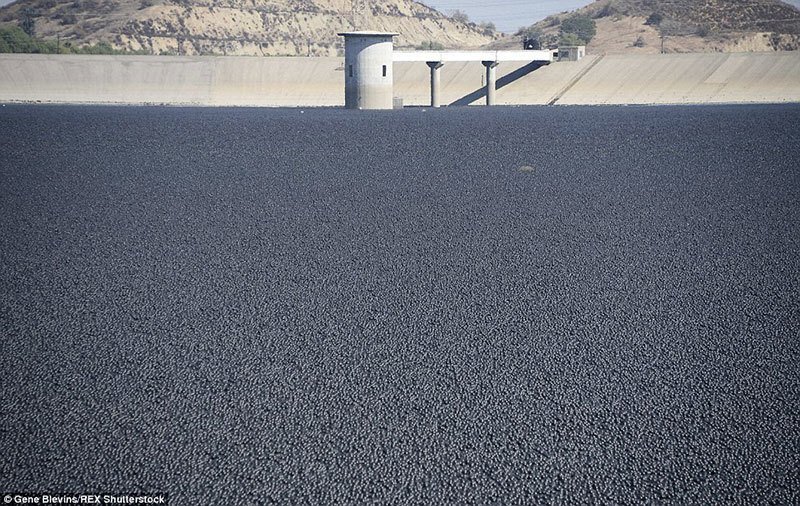 California’s shade balls will save an estimated 300 million gallons of water, and are an important part of the state’s $34.5 million water quality initiative.

The balls have proven to be a (relatively) cheap way for the state to conform to the Environmental Protection Agency’s mandate that all reservoirs must be covered. Other initiatives, such as installing two floating covers or dividing the reservoir in half with a bisecting dam, which would have cost more than $300 million.

Still, others doubt the “shade balls'” long-term efficacy. Said Nathan Krekula, biologist and operations manager at Wisconsin Diagnostic Laboratory, “I don’t believe that in the long run this provides a good strategy in protecting the water. I believe that this will increase evaporations due to a greater surface area as well as providing a great place for bacteria to have a nice environment to grow protected from UV light that kills it.” 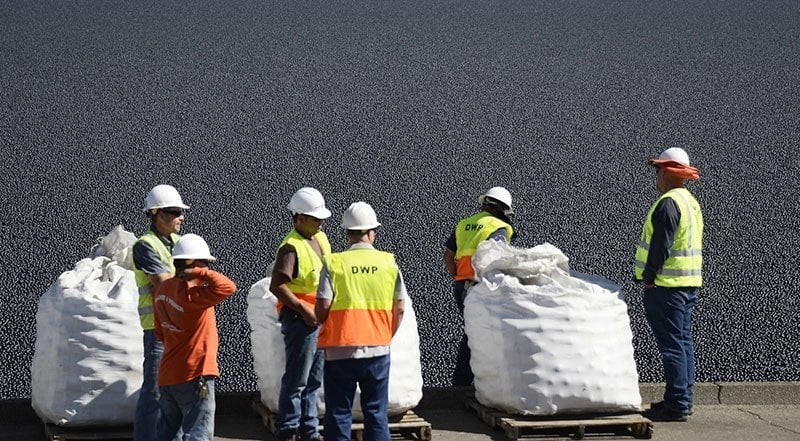 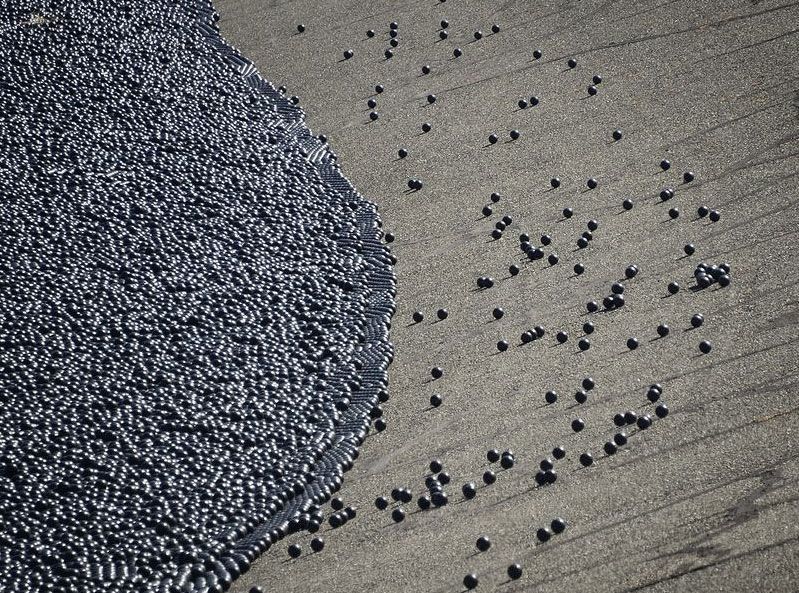