Inside The Terrifying Kidnapping And Miraculous Rescue Of Shawn Hornbeck

Shawn Hornbeck was held prisoner for more than four years by pizza shop owner Michael Devlin — until he was rescued in January 2007 alongside a second boy named Ben Ownby. 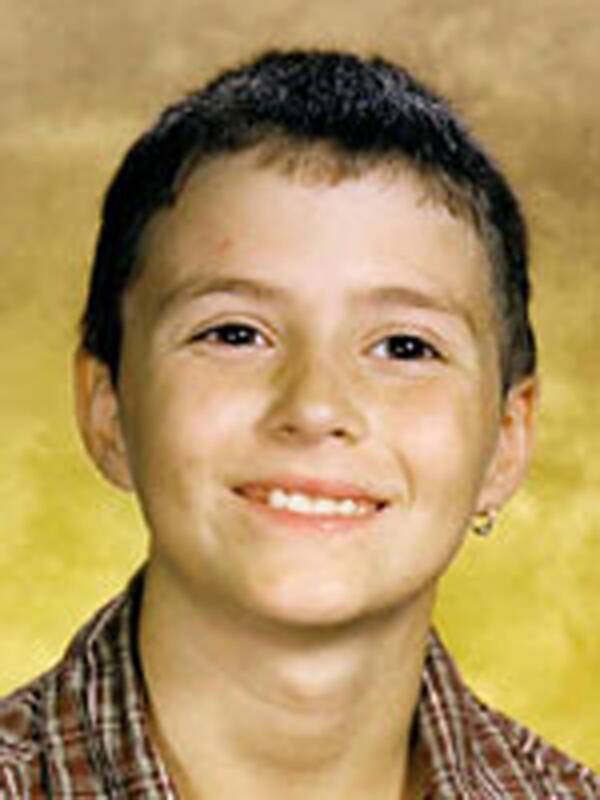 FBI/GettyThis undated handout photo provided by the FBI shows Shawn Hornbeck as he was pictured on a missing person poster from 2002.

On Oct. 6, 2002, 11-year-old Shawn Hornbeck straddled his lime green bike and headed to a friend’s house near Richwoods, Missouri, a small town just outside of St. Louis. Shawn always took the same route and his parents trusted him to ride alone. As he peddled through the small-town streets he was bumped by a white truck. The driver, Mike Devlin rushed to Shawn and appeared to be concerned for his safety.

In a split second, Devlin kidnapped Shawn, telling the boy that he, “was just at the wrong place at the wrong time.” Five years later, Devlin kidnapped 13-year-old Ben Ownby in the same truck. But a chance encounter, the dedication of the boys’ parents, and the work of a now-famous true crime writer would lead to a remarkable rescue that became known as the “Missouri Miracle.”

After Shawn’s disappearance, Pam and Craig Akers dedicated every second of their lives to finding their son. They spent every penny they had to find Shawn, and made multiple media appearances to raise awareness. Desperate for help, they appeared on an episode of The Montel Williams Show, where the self-proclaimed medium Sylvia Browne told the couple — falsely — that their son was dead.

The falsehoods hurt the family, but may have fueled the search to find their son alive. They also started the Shawn Hornbeck Foundation to help other families find their missing and abducted children.

Contrary to what Browne told the family on national television, Shawn was still alive. Devlin took him to an apartment in nearby Kirkwood, where he was held captive for the next four years. Shawn later reported that Devlin physically abused him and threatened to kill him if he tried to call for help or escape.

However, Shawn eventually became too old for Devlin and the kidnapper was soon was back on the streets to find a new victim. On Jan. 8, 2007, Devlin abducted Ben Ownby at a bus stop in Beaufort, Missouri. But this time, Devlin was seen kidnapping the boy. One of Ben’s friends, Mitchell Hults heard Ben’s cries and reported the truck to the police. Ben’s abduction and Hults’ quick thinking would eventually turn out to be Shawn’s salvation.

The Investigation Into Hornbeck’s Disappearance

Shawn’s case had gone cold, and very little information about Ben was known. McNamara, who also led the investigation into the Golden State Killer, found many connections between the two boys. She linked the two abductions before the authorities did and even used online maps to guess as to where they were being held.

McNamara also correctly theorized that Devlin was drawn to the boys because they looked much younger than their actual ages. In fact, she came very close to solving the case of both boys on her true crime blog — just a day before investigators would find them.

Meanwhile, Shawn Hornbeck was allowed to see friends and even use a cellphone after Devlin believed that the boy wouldn’t try to run or reach the authorities. Shawn would even reach out to his parents on a website they set up to receive tips on his disappearance. Using the name “Shawn Devlin,” he cryptically wrote, “How long are you planning to look for your son?” 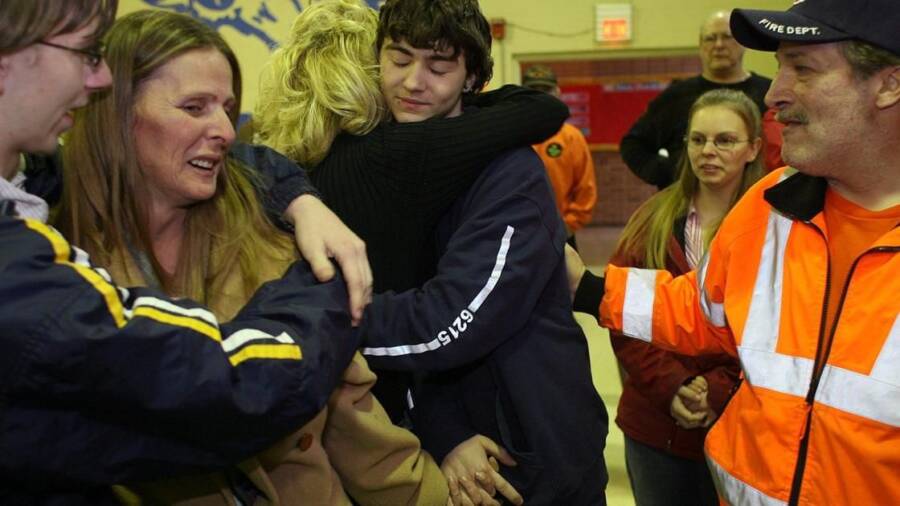 TwitterShawn Hornbeck hugs his family after being rescued from the home of Michael Devlin.

After Mitchell Hults’ report, the FBI received a tip that a truck matching the description of Devlin’s was parked at a pizza restaurant in Kirkwood. The truck belonged to store manager Michael Devlin, who eventually agreed to a search by agents Lynn Willett and Tina Richter.

Eventually, Willett was able to get a confession from Devlin, and the FBI raided his apartment in search of the boys. When they arrived, Shawn and Ben were inside playing video games. That night, Franklin County Sheriff Glen Toelke announced that both boys were found and alive. Their discovery became known as the “Missouri Miracle.”

Shawn would go on to recount his experience on television where he detailed his abuse, the lies he was forced to tell, and his years in the apartment.

And Devlin would later admit to prosecutors that Shawn was getting too old for him, and he abducted Ben because he looked younger, which proved McNamara’s theory. He also pleaded guilty to all the charges against him. Devlin was handed multiple life sentences — for a total of more than 4,000 years.

Today, Shawn Hornbeck and Ben Ownby have found some sense of normalcy, living peacefully with their families in St. Louis. Due to lack of funds and time, The Shawn Hornbeck Foundation was closed, but members helped found the Missouri Valley Search and Rescue Team to continue the work.

After being attacked with an ice pick behind bars, Devlin was placed in protective custody to live out his sentence. While aiding the investigation of finding the Golden State Killer, Michelle McNamara passed away at the age of 46, just a short time before the killer was found. Once a cold case, the “Missouri Miracle” serves as evidence that determination, quick thinking, and an eye for detail can bring sometimes justice.

After reading about Shawn Hornbeck and Ben Ownby’s kidnappings, read the story of Lauren Spierer, the college student who disappeared without a trace. Then read more about Dennis Martin, the six-year-old boy who disappeared in the Great Smokey Mountains.