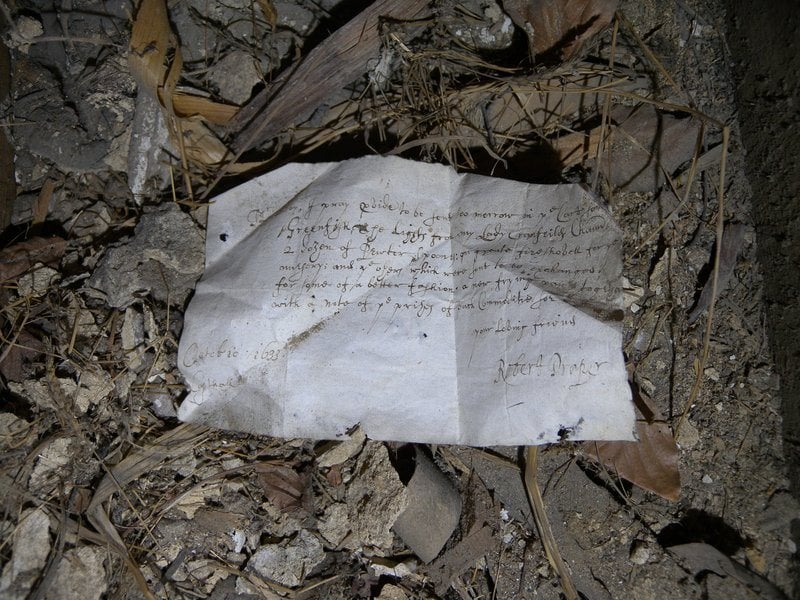 Archaeologists who are helping restore a historic country home in Kent, England have discovered a 17th-century shopping list hidden under its floorboards.

Written in 1633, the note was uncovered during a multimillion dollar renovation of the famed Knole House. Constructed in the late 15th century and surrounded by 1,000 acres of forest, it is one of England’s largest houses.

Written by one Robert Draper to a Mr. Bilby, the shopping list includes pewter spoons, a frying pan, and “greenfish,” which is now known as unsalted cod. It also asks Mr. Bilby to send a “fireshovel” and “lights” to Copt Hall, which is 36 miles away on the other side of London.

According to the UK’s National Trust, Draper must have been a high-ranking servant because the list was “beautifully written.” 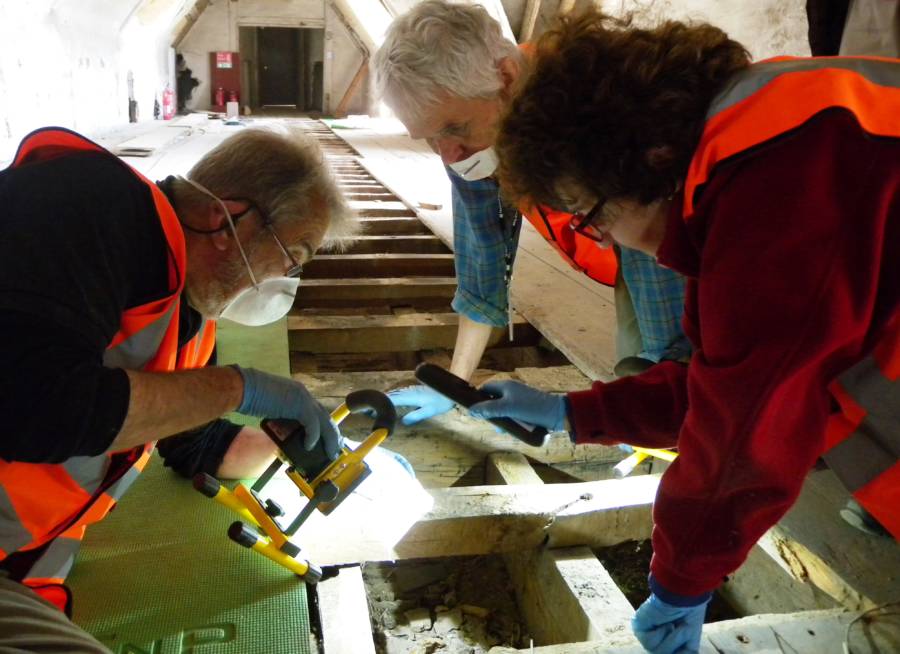 The renovators found two other similarly aged notes near to where they found the shopping list. One was similarly hidden away under the attic floorboards, while the team found another shoved into a ceiling cavity.

“It’s extremely rare to uncover letters dating back to the 17th century, let alone those that give us an insight into the management of the households of the wealthy, and the movement of items from one place to another,” Nathalie Cohen, the regional archaeologist for the National Trust, told Kent Live.

The Knole letters’ good condition “makes this a particularly exciting discovery,” she added.

“Mr Bilby, I pray p[ro]vide to be sent too morrow in ye Cart some Greenfish, The Lights from my Lady Cranfeild[es] Cham[ber] 2 dozen of Pewter spoon[es]: one greate fireshovell for ye nursery; and ye o[t]hers which were sent to be exchanged for some of a better fashion, a new frying pan together with a note of ye prises of such Commoditie for ye rest.

Next, check out the new discoveries that have shed light on the lost kingdom of the Dark Ages.