The Siberian permafrost preserved this 19th-century woman so well that some of her clothes remained perfectly intact. 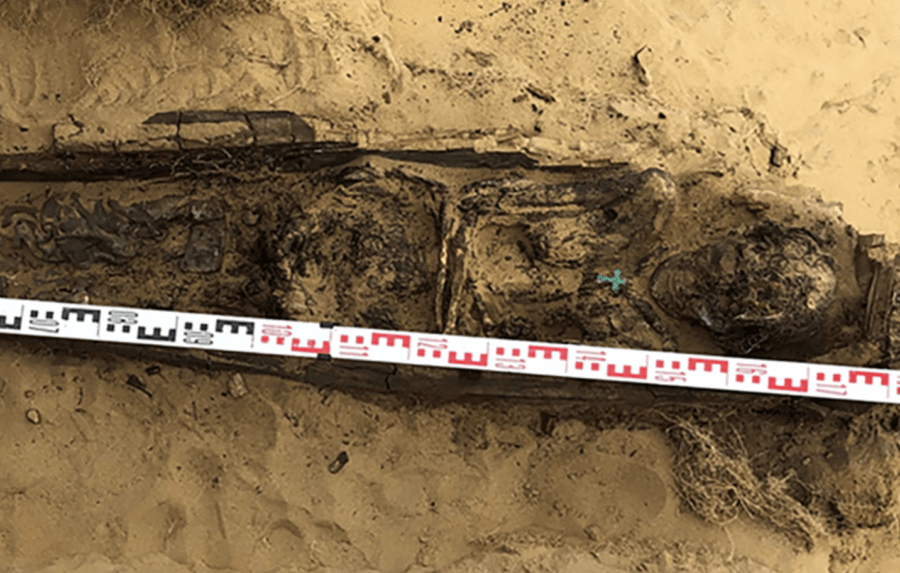 Siberia’s Yakutia region near the Russian Arctic is so unbearably cold, temperatures can fall below -76 degrees Fahrenheit. That bodes badly for the living, but works wonders to preserve the dead.

According to The Siberian Times, that’s where Dr. Elena Solovyova found a female mummy this summer. Buried in a sand grave below the permafrost, the elements had preserved her so well that her foal-skin stockings and the Christian cross on her chest remained intact.

“Her soft tissues have preserved very well,” said Solovyova. “This was natural mummification. Maybe she was buried in winter and frozen.”

According to The Sun, it was initially believed that this was the site of Lensky Ostrog — Russia’s first settlement in the region, founded in 1632. Previous radiocarbon dating on graves in the area supported the notion that burials occurred there between 1440 and 1670.

This latest find, however, has dashed all hopes that this was the case. 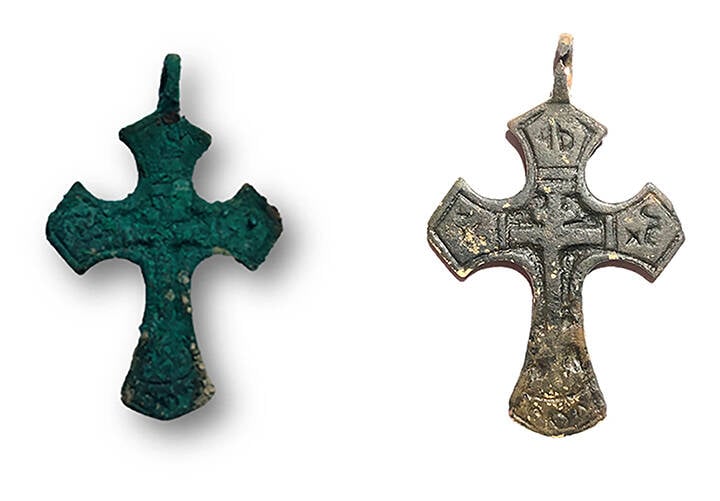 Not only have there been concerns that these dates weren’t reliable, but the woman’s copper cross, clothing, and radiocarbon dating clearly indicate she was an ethnic Yakut — not Russian — and buried much later.

This has forced regional experts to reassess what they know.

According to The Daily Mail, while the woman was clearly a Christian, she was almost definitely an ethnic Yakut and buried in the mid-1800s. If the site had, indeed, been Lensky Ostrog, the conquest of Siberia would’ve dated back to the 1630s.

“After we cleaned this cross, we noticed that it didn’t quite look traditional,” Solovyova explained. “We analyzed the inscriptions and came to the conclusion that they were made by a local Yakutian master because there were some ‘mistakes’ in the lettering.”

Not only do researchers now believe the site dates to the 19th century, but that some of the woman’s clothing was machine-made. Her leather stockings even had torbasa attached — traditional Yakutian boots lined with fur.

“The lower part of her clothes are preserved,” said Solovyova. “These were underwear made of fur, traditional Yakutian clothing, plus stockings up to the hips, made of the skin of a foal with fur inside.” 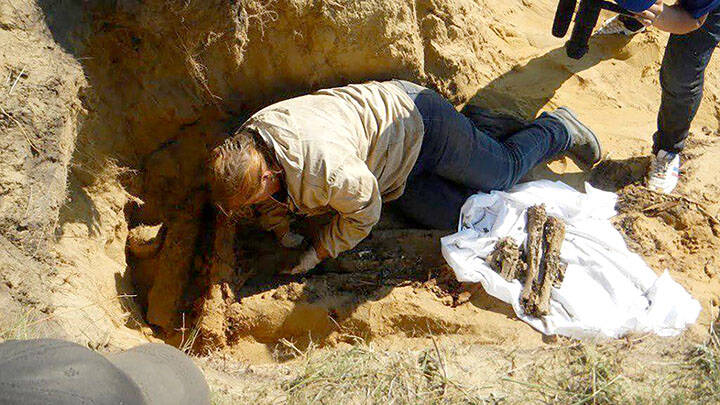 Andrey KhoroshevOther remains dug up in 2014 were unreliably dated to match the founding of Lensky Ostrog.

While archaeologists like Solovyova are no strangers to digging up bodies and encountering unsightly antiquities, she felt uncomfortable with an exhaustive analysis on the buried woman’s remains.

“We did not do the full morphological research [on] this woman, even though there was a plan to take the skulls of people buried on this cemetery to understand if they were Russians or Yakuts,” she said. “I could not do this for ethical reasons.”

“The woman was mummified, not just scattered bones. I just could not make myself separate her head from [her] body. But I’m sure that this woman was Yakut.”

While Solovyova doesn’t reject the possibility that this graveyard could have been built on top of a much older one — and that Lensky Ostrog could very well sit below — there simply hasn’t been any proof of that yet.

While Siberia continues to reveal more ancient specimens like horses, lions, and wolves, it seems like Russia’s first settlement in the region has yet to be discovered.

After learning about the mummified woman from the 1800s found in Siberia, take a look at the 5,600-year-old mummy that revealed the oldest Egyptian embalming recipe ever found. Then, learn about a few lesser-known mummies that time nearly forgot.