Sierra Halseth, 16, and her boyfriend Aaron Guerrero, 18, allegedly killed her father because he didn't want them to date anymore. 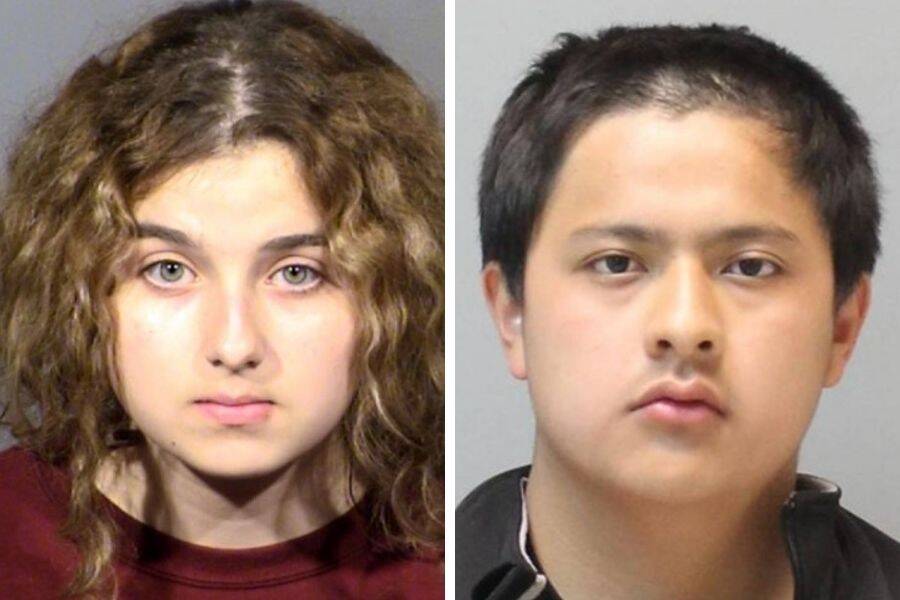 On April 9, Las Vegas police found 45-year-old Daniel Halseth’s body in his garage. He’d been stabbed about 70 times, stuffed into a sleeping bag, and set on fire.

But his killers had left plenty of evidence. By following clues like receipts and surveillance tapes, police soon found the incriminating self-recorded cell phone video.

The video starts with two young lovers, 18-year-old Aaron Guerrero and 16-year-old Sierra Halseth, in an embrace. They lie on the floor and look up at the camera, Halseth nestled into the crook of Guerrero’s arm. 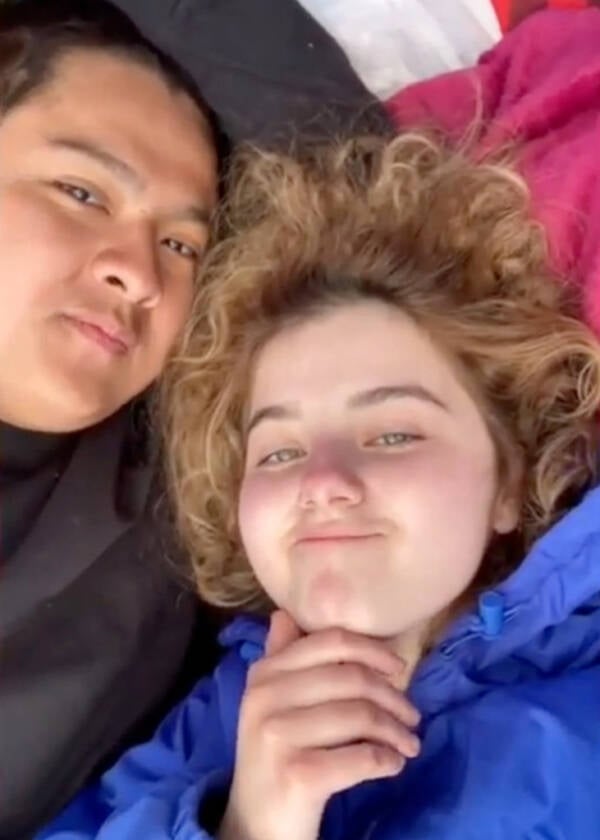 KLASA still from the video police recovered from Halseth’s phone.

“Welcome back to our YouTube channel,” Guerrero jokes. “Day three after murdering somebody…”

But Guerrero goes on. “It was worth it,” he says, pulling Halseth close and kissing her on the head.

“And we had sex a lot today,” Halseth adds, to which Guerrero responds: “Payment for doing it.”

Both have now been charged with the murder of Sierra’s father. 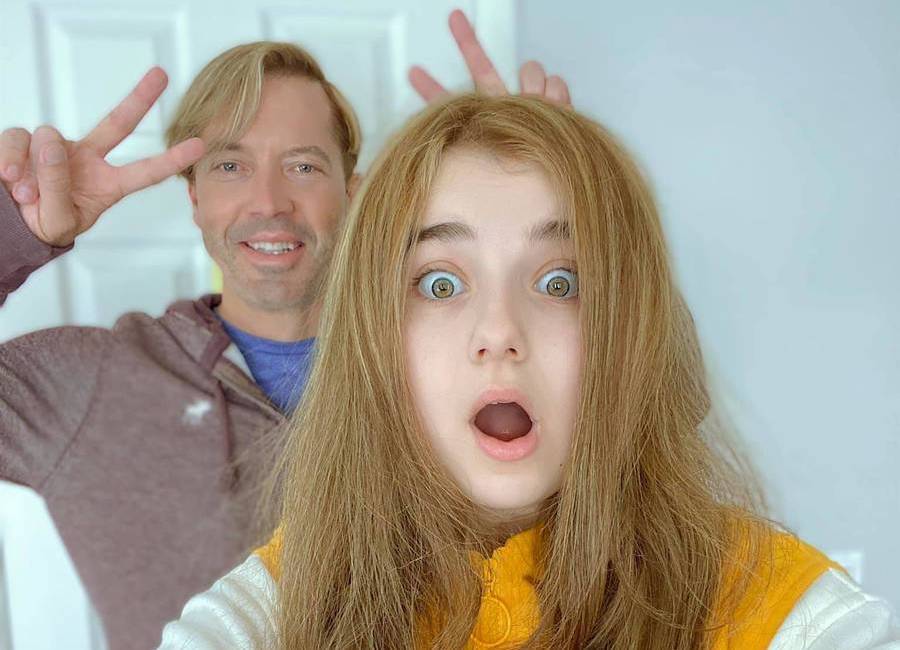 FacebookSierra Halseth and her father, Daniel.

According to the Las Vegas Review-Journal, Halseth and Guerrero had dated from June to December 2020. But when their parents learned that the teenagers had plotted to run away together to Los Angeles, they forbade them from seeing each other.

In response, Halseth and Guerrero allegedly conspired to kill her father, Daniel. Police say that after the couple stabbed him repeatedly, they attempted to dismember his body and set the house on fire before fleeing the state.

“Hey, Sierra, I’m trying to get a hold of your dad, where is he?” Christine Halseth, Daniel’s mother, messaged her granddaughter.

The 16-year-old texted back, “His phone has been acting up but he’s okiej, it should be fixed by tomorrow night, no worries : )”

“Thanks for getting back to me,” Christine wrote. “Love you.”

However, as her son’s silence continued, Christine Halseth did worry. And for a good reason. Soon after the text exchange, police found Daniel Halseth’s body “burned from head to toe.” An autopsy later revealed that he had suffered burns to 40 percent of his body.

But the police didn’t have to look far to find the killer. 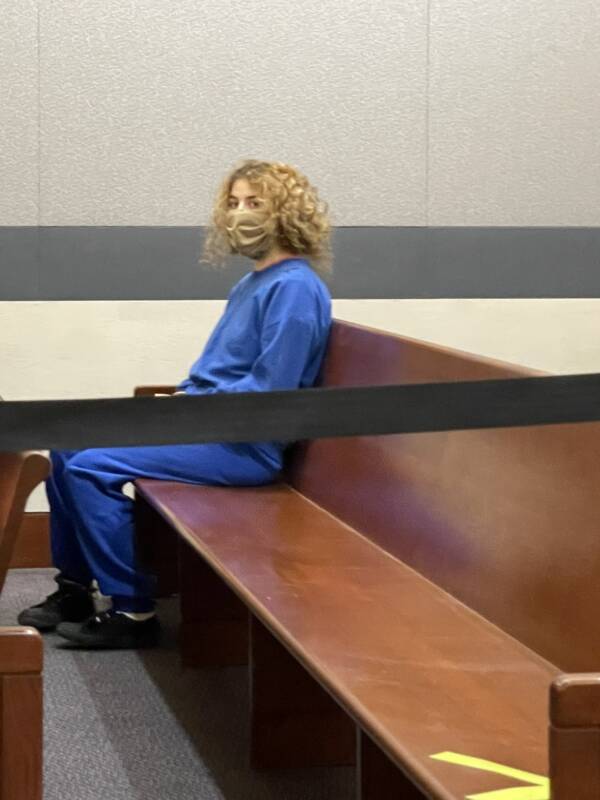 At the scene, police found multiple receipts from WinCo supermarket and Home Depot for items like bleach, both a circular saw and a chainsaw, lighter fluid, and gloves.

Then, by consulting surveillance footage at the two stores, police saw videos they say show Halseth and Guerrero — with bleach, a circular saw, and lighter fluid. They also found surveillance video of Halseth using her father’s debit cards.

They caught up to the teens in Salt Lake City, Utah. After confiscating Sierra Halseth’s phone, investigators came across the disturbing video — in which Halseth and Guerrero appear to admit to murder.

Now, both Halseth and Guerrero face nine felony counts each in connection with the homicide. 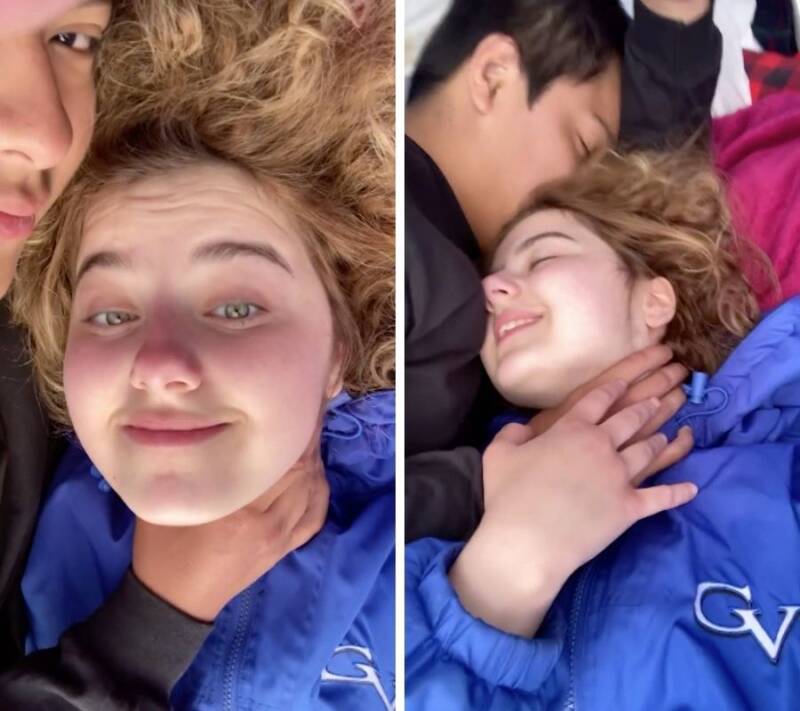 KLASHalseth and Guerrero filmed themselves discussing “murdering somebody” and pantomimed choking while giggling.

Although just 16-years-old, Sierra Halseth was charged as an adult, but in accordance with Nevada law will not face the death penalty because she is under 18. However, because Aaron Guerrero has turned 18, he could face execution for the crime.

Meanwhile, Sierra Halseth’s family is first and foremost mourning the death of her father.

Daniel Halseth was a “father, brother, and son, who was the heart of the Halseth family,” his family said in a statement. They called his death a “horrific, savage, senseless, and violent act of murder” that has left them “heartbroken.”

And the Halseth family wants Sierra and her boyfriend to pay a heavy price for what they did. In a statement, the family said, “The total lack of remorse on display in the video is both reprehensible and unforgivable.”

For now, the Halseth family is “waiting for justice to be served with the maximum accountability allowed.”

After reading about the teens caught after laughing about a murder on video, discover the story of how Cheyenne Rose Antoine murdered Brittney Gargol — and got caught thanks to a Facebook selfie. Or, read about how Denali Brehmer murdered her friend after a catfisher promised her millions.