Raffaela Weyman and her friend were strolling to a friend's party when they stopped to smell the roses. Unfortunately, they weren't roses at all — but a dangerous hallucinogen. 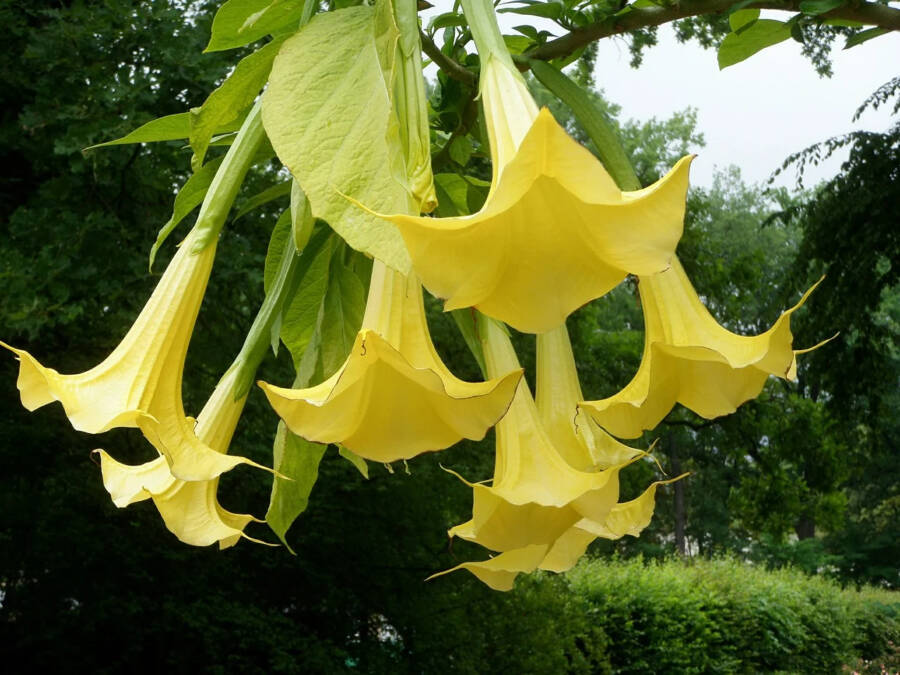 PixabayIt was the large, colorful beauty of Angel’s Trumpet that Weyman and her friend were drawn to.

In 1956, golfer Walter Hagen urged us all “to smell the flowers along the way.” That axiom later changed to “stop and smell the roses,” but has served as a reminder to enjoy life just as well. However, not all flowers are created equal — as Canadian singer Raffaela Weyman found out after unwittingly inhaling a dangerous hallucinogenic drug.

On vacation in Los Angeles, Weyman and her friend were strolling to a friend’s house when they spotted a large yellow flower they couldn’t resist. Only after feeling entranced and incapacitated did they learn the flower in question was Angel’s Trumpet, whose scopolamine narcotic is better known as “Devil’s Breath.”

Scopolamine has a long and ominous history. First isolated in the 1800s, it was used as a truth serum by detestable figures like Nazi doctor Josef Mengele before both the U.S. and Soviet Union employed the drug during Cold War interrogations. According to Times Now News, Weyman had no idea.

“Me and my best friend found this beautiful flower and spent the night deeply inhaling its smell,” wrote Weyman. “When we arrived at our friend’s birthday, we both suddenly felt so f–ked up and had to leave. Turns out the flower is super poisonous and we accidentally drugged ourselves like idiots.” 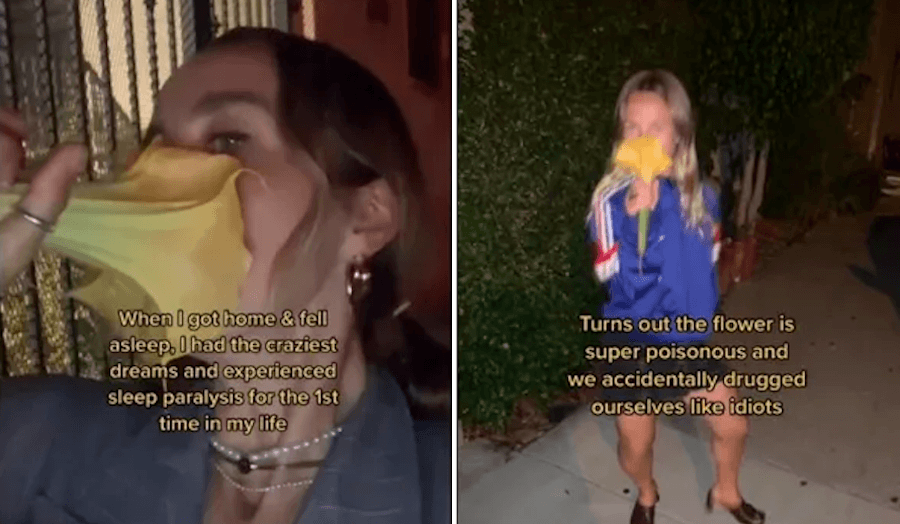 Before becoming an accidental scopolamine user, Raffaela Weyman was best known as a singer-songwriter known as RALPH. According to Newsweek, she and her friend had been celebrating a friend’s birthday and “were just in a silly mood” when they left for another party — and spotted the flower on Sunset Boulevard.

“The flowers were growing on a tree right in front of us and they were so huge and so intoxicating, we couldn’t help ourselves,” said Weyman. “We’re both from Canada so it isn’t a flower native to our homeland, we’d never seen them before and found them so beautiful.”

When the impaired duo arrived at the second party, they began to feel physically unbalanced and extremely averse to socializing with others. Weyman and her friend decided to call it a night and go home, at which point Weyman experienced a terrifying episode of sleep paralysis for the first time in her life.

“I thought a human entered my room dressed in black, and sat next to me injecting me with a needle that made me unable to talk or scream or move,” she said. “I was just lying there making quiet moaning sounds.” 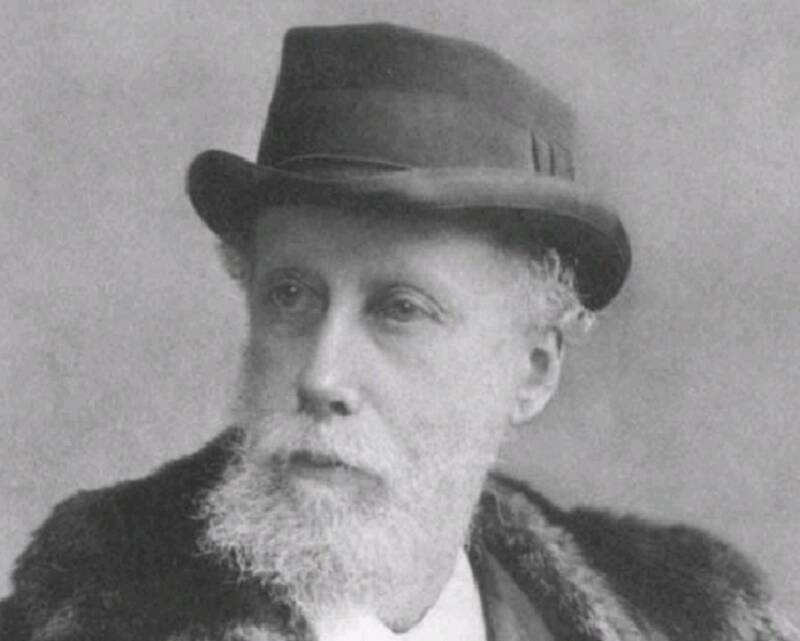 Weyman’s body, fortunately, processed the drug by dawn and returned her to reality. Researching what she had consumed, however, made for a rude awakening — as the Angel’s Trumpet flower she inhaled had an ominous history and is dangerously employed to this day.

Angel’s Trumpet is riddled with belladonna alkaloids, including scopolamine, or Devil’s Breath itself. While the drug isn’t entirely without benefit and is used in medications for motion sickness and nausea, some have called scopolamine the “world’s scariest drug” — as its eerie history of past use was only the beginning.

Both doctors and government agencies flocked to the drug once German scientist Albert Ladenburg isolated it in 1880. The term “truth serum” itself stems from scopolamine use in the 1920s when authorities used the drug to interrogate prisoners. That continued well into World War II, the Cold War — and kidnappings today.

Dr. Miriam Gutierrez, a doctor from Colombia where criminals employ the drug with abandon, said the drug was perfect for modern abductions and robberies. Scopolamine, she said, essentially rids the target of inhibitions and turns them into zombie-like victims who, while still capable of moving and speaking, won’t reject orders. 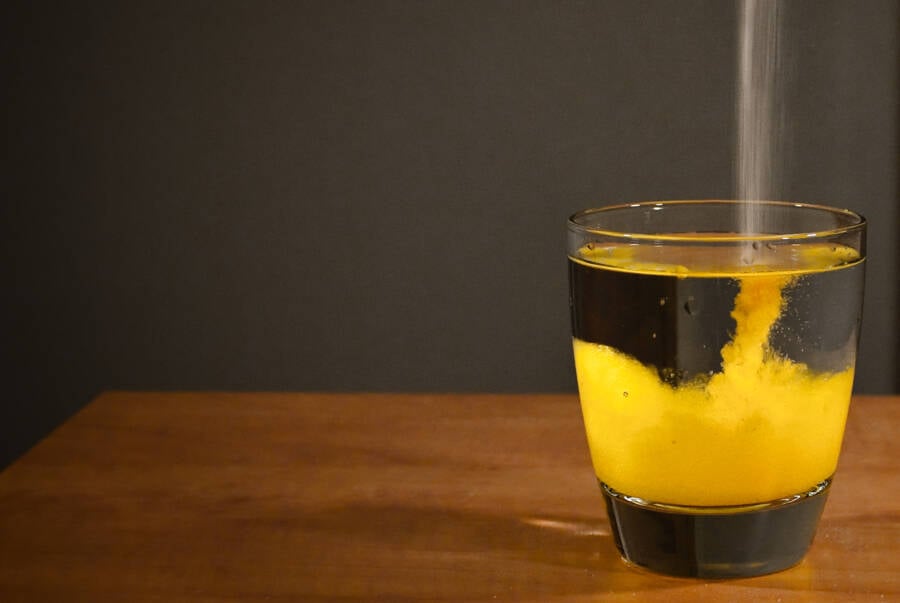 Flickr/JoeyCriminals use scopolamine by pouring it into victims’ drinks or simply blowing it in their faces.

Criminals simply extract this Devil’s Breath from the Angel’s Trumpet plant and turn it into a powder easily mixed into drinks or taken in pill form. It can even be blown into a victim’s face to achieve this cooperative effect. From sexual assault to accompanying victims to ATMs to rob them of their cash, victims are helpless.

Fortunately for Raffaela Weyman and her friend, the debilitated duo didn’t encounter any danger on their escapade. She did upload the incident to Instagram, however, while her TikTok post has since received 40,000 likes and nearly 700 shares — with her friends being the first to contact Weyman.

“We had posted a video to our Instagram stories of us smelling the flower, and woke up the next day to tons of responses from friends saying, ‘That’s a REALLY poisonous flower, are you okay!!??’ We Googled it and I read different articles about its potential to cause paralysis and hallucinations.”

“I was completely freaked out. As a flower lover, I feel like I’ve learned my lesson — Google before you touch or smell that foreign species…[and] stick to inhaling my music, not a random flower you find on the street.”

After reading about the TikToker who filmed herself inhaling scopolamine, learn about deadly nightshade, the beautiful plant that can kill you. Then, read about five illegal drugs once prescribed as miracle cures.